Legal Hemp Has an Interesting and Much Misunderstood History 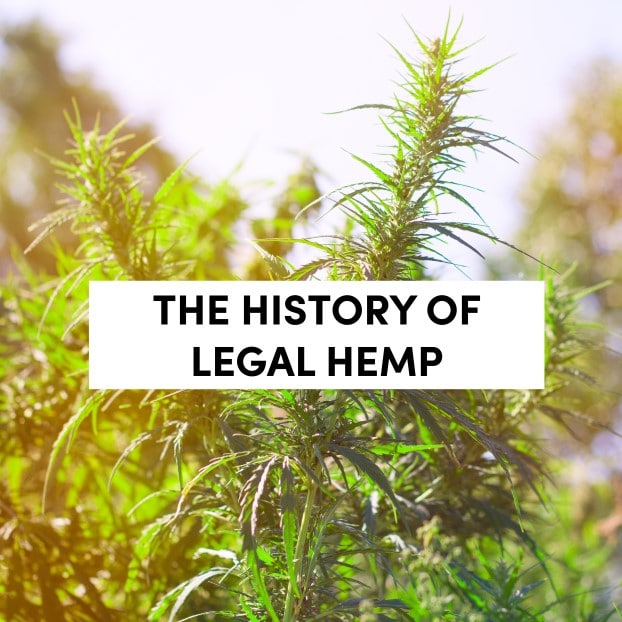 Cannabis Sativa is the name given to the species of plant that botanically includes both hemp and marijuana. They are two distinct forms of cannabis and differ in their chemical composition as well as their uses and also in the way that they grow.

Farmers grow hemp specifically for industrial use to make a wide range of products. It is one of the fastest-growing plants that have a growth rate comparable to the growth of bamboo. Mankind spanned and made usable fiber from naturally growing hemp even as far back as several millenniums ago. Hemp is possibly one of the plants that we as a species first cultivated, with evidence found of its cultivation even as far back as 8000 BC. Hemp seed smoke reportedly was a recreational pastime in Scythia in 480 BC. The legality of industrial hemp, the matter of what made legal hemp, well, legal, varied widely all over the world. Recently, the only hemp that has a very low level of THC was sanctioned legally. THC is, by the way, the compound that makes you high when consuming marijuana. 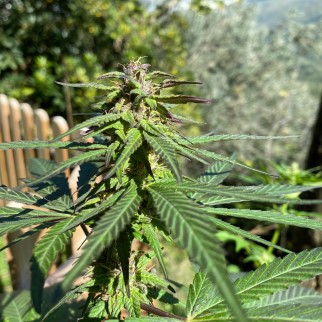 Marijuana is the plant that holds much of the drug THC, which has psychotropic effects. Mankind also has a rather long history of using marijuana both for recreational purposes as well as for its medicinal properties. Hemp, on the other hand, is a plant that used in wide use in a variety of fields; its uses extend to:

It saw large applicational uses in construction and other industrial goods; it was the base material for making excellent ropes. Most marijuana plants grow to a height of 4 to 8 feet for flower production. The plant produces the drug that ultimately gave it its renown and also led to it becoming illegal. Hemp, on the other hand, can grow to a height of 10 to 15 feet for the production of fiber, and to lesser heights of 6 to 9 feet for seed production, and 4 to 5 feet for its flowers.

People only use the flower of the marijuana plant. Meanwhile, they use hemp for its fiber, seeds, and flowers. THC is abundant in marijuana, while in hemp, it is present at 0.3% concentration. Both plants contain more than a hundred other cannabinoids. Nevertheless, in hemp, the predominant one is CBD, and it is the low percentage of THC that allows for legal hemp.

Marijuana classifies as a Schedule 1 controlled substance, and this led to its manufacture, distribution, and possession becoming illegal. Any cannabis that has more than 0.3% of THC is the same as marijuana as far as law enforcement cares. These plants have THC concentrations of between 10% and 30% on average, though higher levels are possible. Hemp cultivation became legal in the United States under the name industrial hemp as defined in the farm bill of 2014.

This was mainly for research purposes. A farm bill in 2018 removed hemp from its association with marijuana and effectively permitted hemp to become federally legal. It also became widely accepted as a plant manufacturer can grow without any restrictions on the end use of its products, be they fiber, seeds, or flowers. In the 1960s, the industry grew cannabis as industrial hemp and was an agricultural crop used for its seeds, fiber, and the byproducts from this were oil, seed cake, and hurds. Hemp has a very high concentration of CBD, a compound that recently saw increasing uses due to its potential therapeutic benefits. Although it is cannabis, it has an almost negligible content of THC, the psychotropic compound that gave cannabis its bad name.

Hemp grew in America for centuries and not only by its indigenous people but also by European colonists. In many states, its growth was even mandatory, and even President George Washington grew hemp at Mount Vernon. The fiber of hemp is very durable and, thus, usable for making rope, paper, cloth, and in many other different ways. It was only in the early 20th century that Mexican immigrants introduced marijuana for its medicinal and calming benefits. It was only then that had psychoactive effects became a growing source of concern. Hemp’s close association with the plant genus led it to also falling under suspicion and, thus, became a banned substance in 1937.

The Marijuana Tax Act in 1937 put a tax on the sale of cannabis. This Act overturned in 1969, and Congress repealed it in 1970. Hemp products were still coming in as imports from other countries, but its production remained illegal. The Philippines was a major supplier of hemp products until it fell to the Japanese in 1942. After that, the government asked farmers in the United States to grow fiber hemp under tax stamps issued to them. The mandate saw the cultivation of 400,000 acres, and hemp fields continued being commercially planted until 1957.

Supporters of cannabis made great efforts in the 1990s to have hemp and marijuana reclassified because of their medical benefit. It was only in 1996 that California legalized marijuana use for medical purposes. Prior to 2014, farmers could grow industrial hemp only with a permit from the DEA and were subject to stringent checks of their produce. It is only in 2014 that the Farm Bill allowed industrial hemp growth without any need for permits or checks by the DEA. The Agricultural Improvement Act of 2018 created even more room for the cultivation of hemp. It also lifted all the restrictions for its sale, transportation, and possession that were part of the earlier 2014 bill. Thus, paving the way for legal hemp. Nevertheless, there is still a somewhat tight regulation of CBD, one of the products from industrial hemp.

Let us talk a little bit about CBD or cannabidiol, a chemical amalgam that occurs naturally in cannabis plants. It is now widely touted as a trendy substance that has a whole range of potential therapeutic effects. Most notably is its ability to treat certain rare forms of epilepsy in children. Cannabis plants, both hemp, and marijuana have hundreds of cannabinoids; THC and CBD are just the most famous ones. THC is psychoactive, while CBD is not. Cannabis that has a THC content of less than 0.3% classifies as legal hemp. A higher percentage than that legally becomes marijuana for all intents and purposes.

The Hemp Farming Act of 2018 legalized the cultivation of hemp plants that had a THC content of less than 0.3%. This led to hemp is no longer affected by the Controlled substances Act. Allowances for the commercial cultivation of hemp were extended. Hemp production became legal in all US territories and also on land reserved for the native Indians. So, all regulation earlier done by the DEA now falls to the Department of Agriculture. Hemp is legal now, but all hemp extracts still do not enjoy this legal status, though CBD oil is indeed fully legal. 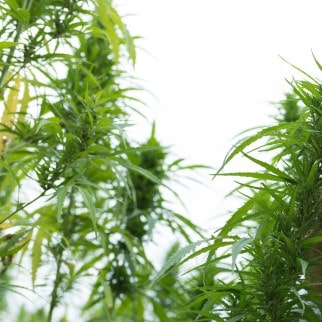 The primary purpose of growing legal hemp is for fiber, seeds, and flowers. The way they grow, it is up to the end use that the farmer has for the hemp. They plant hemp grown for fibers densely to naturally discourage branching and flowering. These plants will grow tall and have less plant and leaf material. They can grow to a height of 10 to 15 feet. The fibers extracted from the plant are used for making textiles, core fibers, paper, insulation, and even concrete fiberboard and other oil absorbents.

Hemp plants grown for their seeds are so to a height of 5 to 9 feet and need harvesting before the seeds scatter. The seeds can then become hemp oil, seedcake, food, and part of other body products. Hemp grown for flowers has plants well-spaced and allowed to become bushy with wide branches, thus, promoting the growth of flowers and buds. Harvesting is labor-intensive and uses the flowers to extract plant resins and other products used for their nutritive values. Hemp planting takes place between March and May in the north and matures in three or four months.

Hemp is environmentally friendly as it decreases the use of land, requires fewer pesticides and no herbicides, and is a carbon-negative raw material. 70% of hemp worldwide is of Chinese origin, with France chipping in at 25 percent. Hemp became legal to grow in the United States in 2019 after became an agricultural commodity rather than a Schedule 1 drug.

The legalizing of hemp cultivation in the United States started in 2009 when the state of Oregon approved licenses for growing industrial hemp. This spread to Colorado after marijuana became legal.

The Agricultural Act of 2014 created a Hemp Farming Pilot Program allowing educational institutions to grow hemp without consent from the DEA. By the end of 2017, 34 states had industrial hemp programs, and it is now legal to grow in 47 states, especially for CBD.

There is still resistance in the market to the sale of hemp products as many financial institutions still do not accept that hemp and marijuana are now separate from each other. Even so, hemp products now have over a billion dollars in sales, largely propelled by the growing need for CBD. 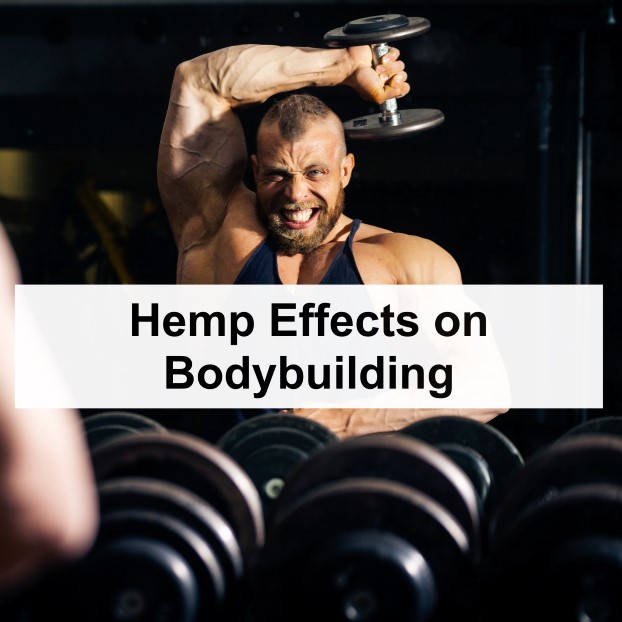 Check these Hemp Effects on Bodybuilding and CBD Muscle Recovery

The Advantages of Using Hemp Seed Oil for Skin 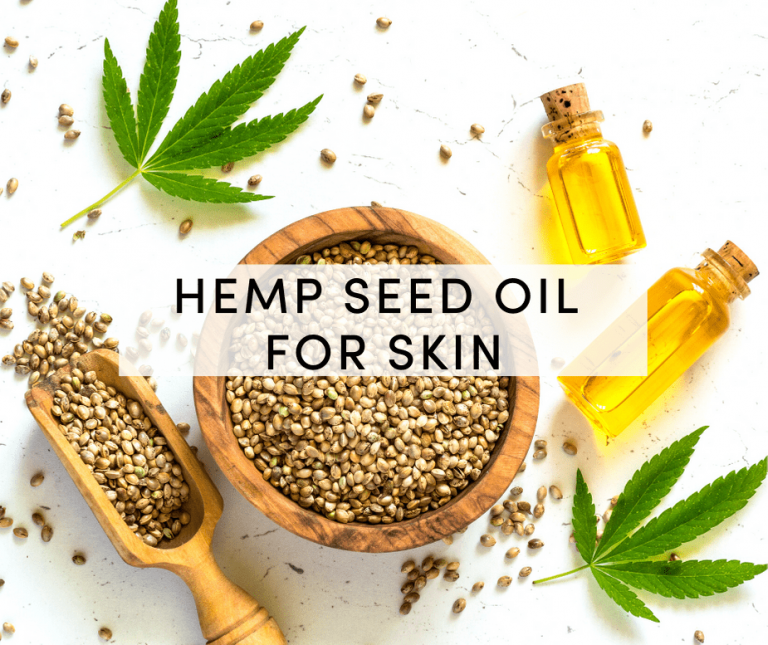 What is Hemp Used for in Fishing: A Detailed Guide