Before you get started with Tanasi™ cannabidiol (CBD) products, we want to give you a little bit of a CBD education; i.e., the ABCs of CBD. We’re here to answer questions like: What is CBD? Where does CBD come from? What does CBD do? The answers to these questions will help you better understand cannabidiol. There are a lot of options for taking CBD. You can purchase it in oils, capsules, water-soluble solutions, edibles, topicals, and so much more.

CBD is a cannabinoid molecule that is produced in the trichomes of Cannabis plants. Research suggests that it has excellent antioxidant, anti-inflammatory, neuroprotective, and analgesic properties. Now, we need to pause here and clarify something really important: while it comes from the Cannabis plant, CBD is not marijuana’s Δ-9 tetrahydrocannabinol (THC) cousin, which is also produced in the trichomes of Cannabis plants. THC is psychotropic or psychoactive, while CBD is not. THC will get you ‘high’, while CBD will not. In general THC is isolated from Cannabis marijuana plants, while CBD is isolated from Cannabis hemp plants. Hemp and marijuana plants can look very similar and US law distinguishes them based on the THC levels in the dry plant biomass. If a Cannabis plant has 0.3% THC or less it is classified as hemp while if a Cannabis plant has more than 0.3% THC it is classified as marijuana.

CBD can be consumed in a number of different ways. Popular choices include sublingually (beneath your tongue), orally (by placing CBD solutions in drinks, foods, or capsules), topically (applied directly to your skin), or by inhalation, (smoking the plant or using an e-cigarette or similar vaping method). 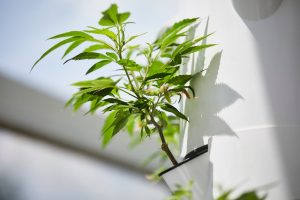 Where Does THC and CBD Come From?

In their raw form, THC and CBD share a similar appearance. And they also have similar chemical structures, so it’s understandable why people often confuse these two compounds. In fact, their similarities help explain why it took scientists so long to identify the differences between THC and CBD. Still, those differences are significant.

According to research THC, CBD, and other cannabinoids are found in Cannabis trichomes, making the plant seem sparkly to the novice eye. Trichomes are predominantly found in female Cannabis plants in both the marijuana and hemp varieties. But as already discussed, THC, which is responsible for the pot smokers ‘high’, is most abundant in marijuana plants. In contrast, the THC concentration in hemp plants is barely detectable.

Of course, CBD isn’t the only beneficial compound that can be isolated from hemp. Other non-psychotropic cannabinoids, such as cannabichromene (CBC) and cannabigerol (CBG) can be isolated from hemp as well as flavonoids, which give Cannabis flowers their distinct color and terpenes, which give Cannabis flowers their distinct smell. The other cannabinoids such as CBC and CBG and the flavonoids and terpenes have beneficial properties as well. All of these compounds are concentrated in the plant resin. That’s why the quality of cannabidiol oil is all about the resin. Basically, CBD oil is a concentrated extract from the Cannabis plant. And resin is a thick substance that’s primarily found in the glandular trichomes (tiny, sticky, hair-like formations) in a Cannabis plant flower. But resin can also be found in the stems and leaves of the Cannabis plant, albeit in smaller quantities.

So, when you choose a CBD product, make sure it’s from a high resin plant. How, you might ask, do you know if you’re sourcing it from a high resin plant? Thankfully, it’s not that difficult: just look for descriptions such as ‘whole-plant extract’ and ‘full-plant extract.’ The whole plant/full extract descriptions mean that it was made from the entire Cannabis plant, including portions, like the flowers, with high resin concentrations.

How Is Cannabidiol Different From Marijuana?

To learn the difference between THC and CBD, you’ll first need to understand its exact nature. Information is power. Without a clear understanding, people get worried about taking CBD and use terms like hemp, Cannabis, and marijuana interchangeably. It’s essential to keep in mind that both marijuana and hemp belong to the Cannabis species. But marijuana is bred to increase THC levels, and THC is the compound we associate with ‘getting high’.

Once again, we know this is a tough one: At a glance, the marijuana and hemp plants appear to be very similar.  After all, they are both Cannabis species, and the THC from marijuana and the CBD from hemp are both isolated from Cannabis flowers. But at the same time, they have different functionalities.

But, while CBD is also present in marijuana plants, we extract it from a hemp plant with a THC concentration that is less than 0.3% as per the law. This is the legally permissible THC limit, and it guarantees you won’t get high when using CBD. Understanding this simple fact should help remove any confusion about the legality and safety of CBD use. Just in case you need a little extra comfort, remember this: CBD is legal throughout the United States. And legal CBD cannot give you that euphoric, illegal ‘high’, that you get with THC use. 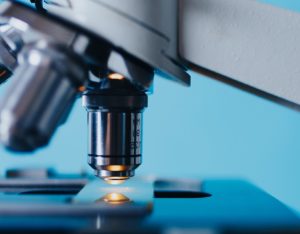 What Are the Origins of CBD?

For centuries, we’ve used CBD to treat a wide range of medical ailments. It was a respected natural remedy because of its anti-inflammatory, anti-spasmodic, and anti-oxidative properties. But how far back does its history go? The earliest recorded medical use of Cannabis dates back to between 1400 and 2000 BC. Later, in the 1800s, a man named William Osler, also called the ‘Founding Father of Modern Medicine,’ advocated strongly for the medical usage of Cannabis. He claimed the plant would aid in treating headaches.

In the 1900s, a scientist called Roger Adams discovered the first cannabinoid in the Cannabis plant. He called it Cannabinol (CBN). In the wake of this discovery, farmers started breeding plants to cultivate these cannabinoids, and the modern-day Cannabis plant was developed. Studies suggested that Cannabis produced beneficial effects in asthmatics, and could help improve sleep, treat migraines, and so much more.

In 1937, Congress passed the Marijuana Tax Act, regulating and taxing the production of hemp for medicinal and industrial purposes. Years later, the Controlled Substance Act entangled hemp and marijuana, criminalizing all Cannabis plants for any use. As a result, it was impossible to research the medicinal possibilities of Cannabis.

In 1940, the Department of Chemistry at the University of Illinois discovered that the cannabidiol molecule could be isolated. But at the time, we had no knowledge of CBD effects, since investigators and the federal government had deemed its use a form of substance abuse.

Now, fast forward to 1963: investigators at the Hebrew University of Jerusalem determined the precise THC structure, successfully isolating THC for the first time. They also managed to synthesize the cannabinoid molecules separately. However, it wasn’t until 1973 that they discovered the positive effects of CBD, especially its potential to alleviate the quantity and frequency of animal seizures.

Next, we jump to 1988, when scientists discovered the endocannabinoid system. Then, in 1990, researchers discovered that cannabidiol possessed neuroprotective qualities, meaning that it assisted in reducing the effects of neurodegenerative ailments.

More recently, scientists have made advancements in studying its therapeutic benefits thanks to the 2018 Farm Bill. This legislation was passed by Congress and signed into law on the 20th of December 2018. And, just like that, hemp lost its marijuana classification and was removed from the Drug Enforcement Agency (DEA) list of controlled substances. This federal mandate legalized hemp crop growth across the entire United States. What’s more, the bill specified the legality of hemp, which includes its derivatives. In other words, the legality of cannabinoids was written into law.

A final note when answering the question where does CBD come from? You must remember: the 2018 Farm Bill stipulated that hemp plants are deemed legal as long as they don’t exceed a THC concentration of 0.3%. This is another fine line between CBD and THC that confuses many people when trying to understand where it comes from. People can refer to Cannabis plants as either marijuana or hemp: the difference lies in their inherent THC concentration. But, regardless of the terminology, both have a rich history of medicinal value. Yet, on the federal level, only CBD is legal, so be sure to use it if you’re hoping to address your ailments without fear of prosecution.

Actually, this isn’t so surprising. Research suggests that many modern ailments are caused by a lack of homeostasis (balance) between the different internal systems in our bodies, which results in new ailments and symptoms. This isn’t implying that CBD is a miracle cure; it just suggests that it can help achieve the balance necessary for your body to employ regenerative measures.

As our motto “healthy living rooted in science” proudly states, Tanasi™ thoroughly researched the biological properties of CBD and other non-psychotropic cannabinoids before we developed our products. Through a $2,500,000 grant at Middle Tennessee State University, researchers at the world-renowned Tennessee Center for Botanical Medicine Research discovered that other cannabinoids in addition to CBD had anti-inflammatory properties and that a mixture of cannabidiolic acid (CBDA), the precursor molecule to CBD that is naturally made by the Cannabis plant, and it had superior anti-inflammatory properties to CBD alone. All of the Tanasi™ CBD products are based on this patent-pending formula.

So, now you know what CBD is, where it comes from, and what it does, let us leave you with this final assurance: Tanasi™ CBD products meet the highest standards on the market. This, in turn, guarantees the production of the most concentrated CBD products, requiring no additional refinement, all while preserving additional, beneficial compounds such as terpenes and other cannabinoids. For complete assurance, check out the unsolicited testimonials on the Tanasi™ website. Still, before consuming any CBD product, make sure to discuss the use of new supplements with your healthcare provider.

There are no products in the cart!
Subtotal
$0.00
Checkout