Home / Blog / Educational / Does CBD Show Up on a Drug Test? 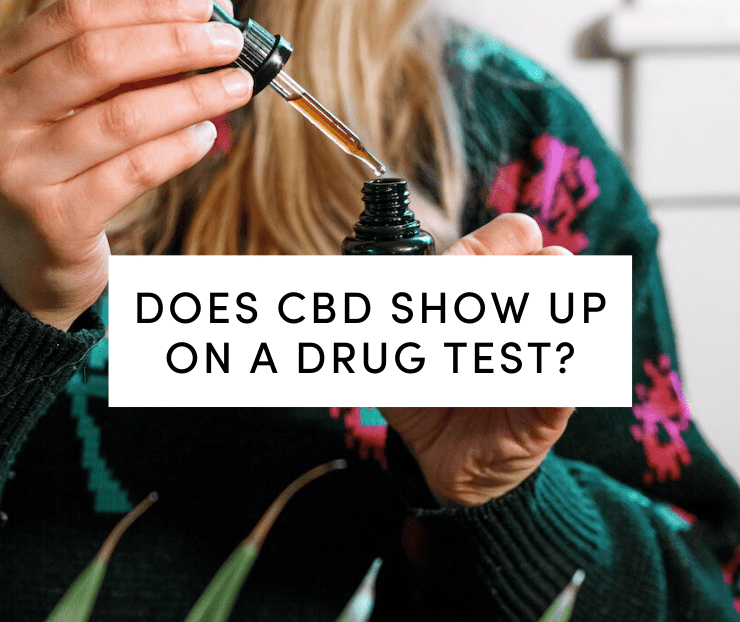 CBD, or cannabidiol, is a cannabinoid, a compound that is found in all cannabis plants, including the marijuana, and hemp strains of the plant. THC, or tetrahydrocannabinol, is another cannabinoid, found in large concentrations in marijuana plants. This cannabinoid is associated with the psychoactive high you experience when you take marijuana. CBD, on the other hand, gives you many of the same reported benefits of THC use, but without the psychoactive effects. CBD is therefore legal for sale, purchase, and use across the United States. Now, let’s take a deeper look at answering the question: “Does CBD show up on a drug test?” 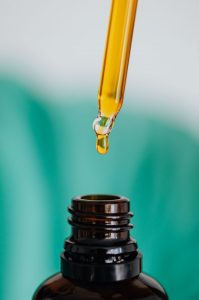 Does CBN Show Up On A Drug Test?

Unlike THC, CBN has only mild psychoactive properties. And, like CBD, using CBN has been linked to certain health benefits, including mild improvements in sleep disorders. But CBN use can be complex.

That’s because CBN won’t show up on drug screening tests that are used to detect antibodies in your body. It may, however, show up on tests used to screen for certain compounds. Remember, drug screening tests are not conclusive. If you receive a positive result in a screening, you’ll likely be given a second drug test that detects THC. And CBN will not be detected in these confirmatory tests.

Does THC Show Up On A Drug Test?

Drug tests are designed to detect THC, even a small amount will produce a positive result in both screenings and in other drug tests that can distinguish between THC and the other compounds contained in marijuana.

THC is the reason why marijuana is still considered a controlled substance and is illegal for non-medicinal uses in many states. It is this issue of the legality of THC vs. CBD that makes the question of drug testing even more complex.

The Legal Limit For THC In CBD Products

As mentioned above, CBD will not trigger a positive drug test. However, this is only true when you’re dealing with pure CBD products. But full-spectrum CBD products do contain trace amounts of THC. Currently, the legislation allows CBD products to contain a concentration of no more than 0.3% of THC.

Most CBD products are not entirely pure but are produced within the bounds of the legislated THC concentration. This allows additional cannabinoids to work with the CBD to maximize effects in your body. So, a full-spectrum product is best for your CBD experience. But, even this tiny amount of THC may be detected in both screening and drug tests. So, if your employer conducts regular drug screenings, or if you are a professional athlete, be sure to discuss CBD use before taking any tests.

While this seems unfair, the reason is this: employees who are using marijuana recreationally can simply say that they are using CBD products. Drug tests cannot discriminate between legal CBD use and illegal marijuana use, so employers may struggle to implement policies and procedures that differentiate between the two. 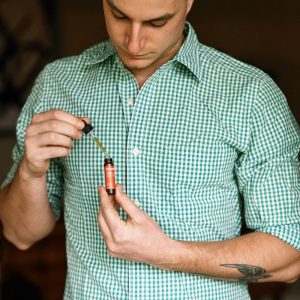 Now, our full-spectrum, Tanasi CBD products are produced within legislated concentrations of THC. What does that mean for you? The trace amounts of THC may be detected in drug tests and screenings. So we recommend discussing CBD use and your employer’s policies before using any items from our online CBD store. Employers that conduct regular drug testing may not allow for the use of legal CBD products, and it’s best to follow company policies regarding drug use to avoid disciplinary action due to a positive drug test.

Now, if you aren’t subject to regular drug tests, you may still be able to enjoy full-spectrum CBD products. But another factor to consider is how long CBD stays in your body.

How Long Does It Take for CBD (THC) to Leave the Body?

After being consumed or smoked, CBD, CBN, and THC are all broken down, absorbed by your body, and then expelled. This process takes time and the compounds can only be detected in saliva, urine, or blood samples during this process.

Typically, we believe that it takes between 2 and 5 days for these compounds to be entirely metabolized, leave your body, and not show up on a drug test. However, research has shown that this is not always true. Some people simply metabolize the CBD and THC slower than others and it can take weeks before all traces leave their bodies.

It may also depend on the delivery system. Edibles (CBD products that you consume), like pills, gummies, and other consumable sources need to pass through your digestive tract before they can be expelled. This process can take much longer than compounds that are absorbed through the skin, such as CBD oils, ones you consume under the tongue, like CBD tinctures, or like vape juices, which you absorb into the lungs.

The compounds will also disappear from saliva, urine, and blood at different rates. Commonly, saliva will be the first to be clear of CBD and related compounds, whereas blood and urine samples will take longer to be free of cannabinoids.

Which brings us to an important discussion: the type of test being used to detect illegal substances such as marijuana in your body.

What Tests Detect Marijuana Use?

There are a wide variety of tests available that are designed to detect THC. These tests all have one major pitfall in common: they cannot determine the degree of intoxication. This is an important factor when it comes to CBD use, where a positive test may be well within the legal limits of 0.3% for CBD but still trigger a positive test result.

On the other hand, the accepted methods of testing can detect other factors such as the time elapsed since the drug was used as well as the extent of use. These factors can play an important role in differentiating between illegal or recreational marijuana use and legal CBD use.

Saliva testing is widely considered to be an acceptable alternative to other forms of drug testing or screening. However, these tests have a limited window on the time that has elapsed between use and testing. Lab testing is only considered to be reliable within a 72 hour period after use. Saliva tests can detect minute concentrations of THC within this time frame. Tests may need to be confirmed with one of the other types of drug testing methods.

Urine samples can be tested for THC or THC metabolites. Urine testing can detect THC concentrations between 2 and 5 days after use. However, heavy use can be detected up to 2 weeks after use and chronic use up to 30 days or 1 month later. Although urine tests can detect minute concentrations, they are not reliable for determining use volume, or whether your drug use was a one time experience or for an extended period of time.

Blood testing is considered to be invasive and is therefore the least common form of testing for THC. The tests are further limited because the compound leaves the bloodstream relatively quickly after use when compared with saliva, urine, and hair testing. Blood tests for THC are usually accurate for 24 to 72 hours after use but can detect THC for up to 7 days depending on an individual’s blood renewal system. On the other hand, these tests are accurate and are unlikely to produce a false-positive as is the case with saliva testing and urine analysis. It is unlikely that a blood test will be used to detect marijuana or CBD use.

Hair testing has grown in popularity as the preferred method of drug detection. The reason for this is that it provides accurate results for a period of up to 3 months when testing a sample of just 1.5 inches in length.

Accuracy is also key, as false-positives are rare with this testing method. While extremely small concentrations can be detected, the hair test, like other testing methods, can not confirm the concentration of THC levels at the time of use. Still, it does provide a fair evaluation of regular drug use. The testing methods exclude environmental contaminants.

Although CBD will not show up in a drug test, products that contain the regulated amount of 0.3% THC may result in a positive test. With advocacy, we hope that drug tests will become more accurate, detecting relative concentrations of THC to allow you to enjoy legal CBD without fear of repercussions. In the meantime, however, you should speak with an employer before using CBD products; you may also choose a CBD isolate, confirm that it contains no THC, so you can avoid failing a drug test and dealing with the consequences of those unwanted results. 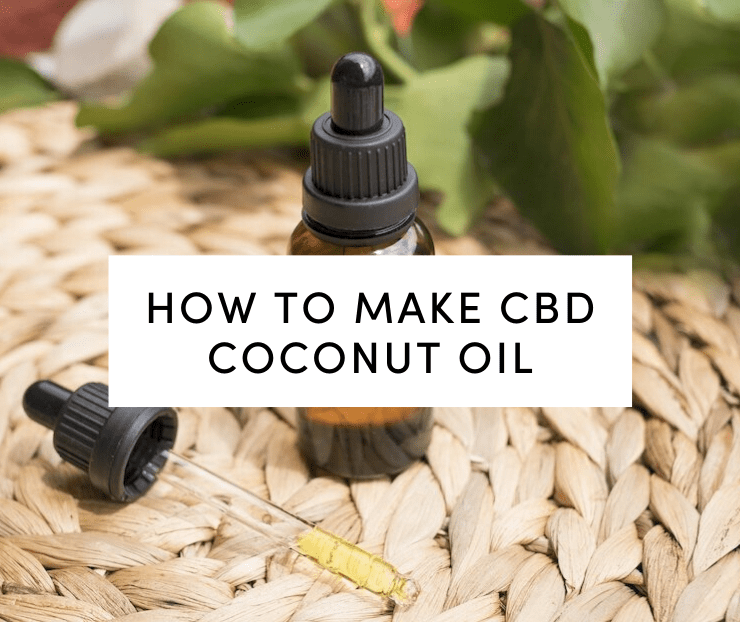 How to Make CBD Oil with Coconut Oil 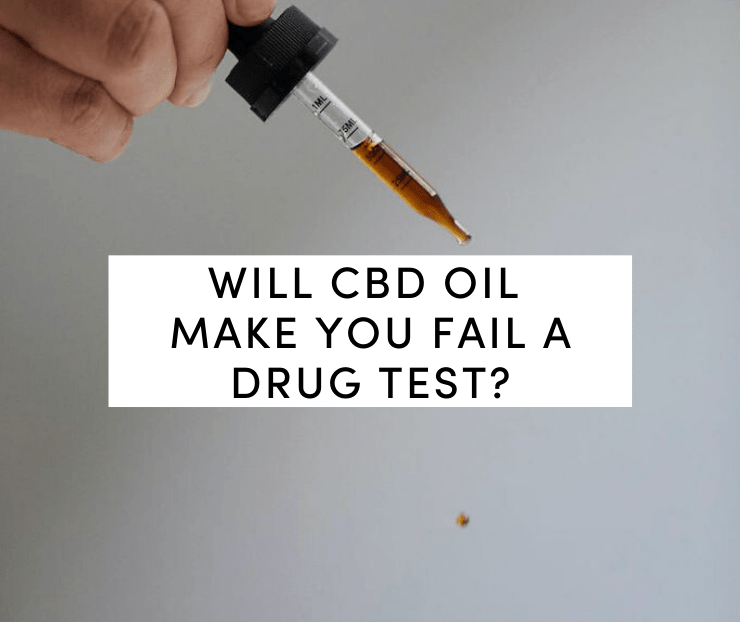 Will CBD Oil Make You Fail a Drug Test? 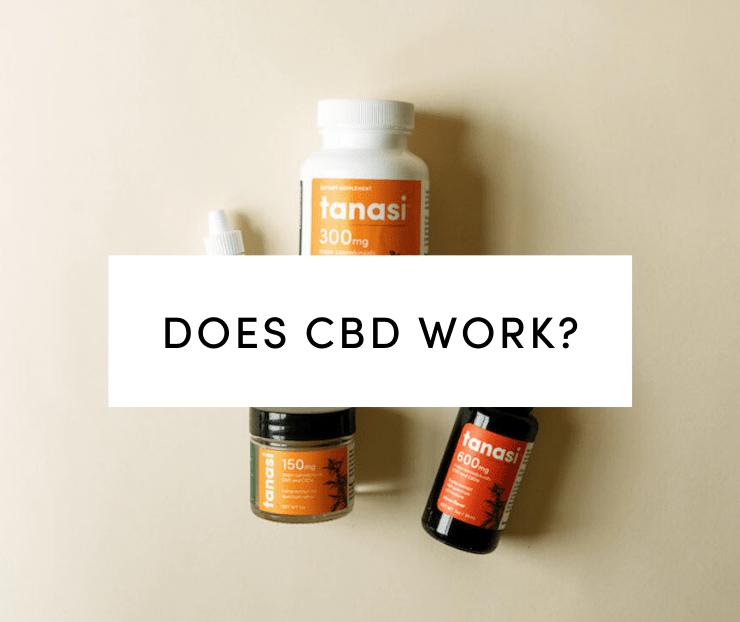 A Smooth Addition To Any Skin Routine 🧴 Tanasi

We Have To Agree With James ⬇️ "The best. The

✨Silky Smooth and Pain Free✨ "This lotion not

"Quality stuff! I have tried a number of different

Wishing You A Happy, Healthy, & Safe 4th Of July F

Our CBD + CBDA Oil Tinctures Are Made With Sunflow