By now, cannabis enthusiasts should know that the cannabis or hemp plant contains various cannabinoids. Each of these compounds has its own properties that differ somewhat from one another. Thus, so do their effect and the potential medical applications they might have. THC and CBD are undoubtedly the two cannabinoids most familiar to cannabis users and the general public. These cannabinoids have been significant research subjects in the past years. However, the interest in other cannabinoids like CBG and CBGA has also grown over the years due to their potential benefits.

In this CBG vs CBGA article, you’ll get to know more about these two cannabinoids. We’ll discuss their differences, potential benefits, and products.

Cannabigerol (CBG) is one of the many cannabinoids present in cannabis and industrial hemp plants. Lately, CBG has been gaining traction as more companies look to tap into its benefits. Like CBD, this cannabinoid is non-intoxicating and doesn’t result in a “high” feeling since it has very little THC content. As with every cannabinoid, CBG interacts with the body’s endocannabinoid system. But are there any differences between CBG and CBGA?

How Does CBG Compare to CBGA?

CBG works by interacting with the body’s endocannabinoid system. It mostly delivers potentially therapeutic effects by binding with the CB1 and CB2 receptors. Some of the reported benefits associated with CBG include:

CBG appears to have anti-inflammatory and pain-relieving properties. Thus, products like CBG oil may come help with pain relief, especially for athletes and people struggling with chronic pain. According to a study, CBG may act as a natural muscle relaxer. Therefore, it may help address muscular injuries and the chronic pain associated. Due to its anti-inflammatory effects, CBG could also help address inflammatory bowel disease.

Besides the endocannabinoid receptors, CBG is an agonist of the 5-HT1A receptors in the body. Thus, it binds with these receptors to influence the release and uptake of the neurotransmitter serotonin. That serves various biological functions in the body, including regulating mood. Thus, the use of CBG may produce antidepressant and anti-anxiety effects. CBG may also influence anandamide’s release, which is also called the “bliss molecule,” and thereby offer potential anxiety relief.

Various studies have revealed that CBG potentially possesses antibacterial, antifungal, and antimicrobial properties. A study in 2008 showed that CBG could kill bacteria. Specifically, it eliminated the methicillin-resistant Staphylococcus aureus (MRSA). This bacterium causes drug-resistant staph infection, very difficult to treat and quite dangerous.

CBG has potential neuroprotective properties. It may help keep the brain healthy and slow cognitive decline. There was a 2015 study involving lab mice with Huntington’s disease, a neurodegenerative condition. Its results showed that CBG has the potential to treat other neurodegenerative disorders. Current studies are looking at it as a treatment for Parkinson’s and Alzheimer’s disease.

There’s research on CBG use on rats with colon cancer. Its results indicated that the cannabinoid may possess anti-tumor properties. It may help slow the growth or progression of various cancers, including breast and prostate cancer. CBG could also stimulate appetite and may help cancer patients who struggle with appetite loss due to chemotherapy.

Some cannabinoids may affect bladder contraction. Studies show that, of those cannabinoids, CBG has the most significant potential to treat bladder disorders.

Like other cannabinoids, CBG can reduce intraocular pressure in the eye, making it potentially effective  for glaucoma patients.

Benefits and Uses of CBGA 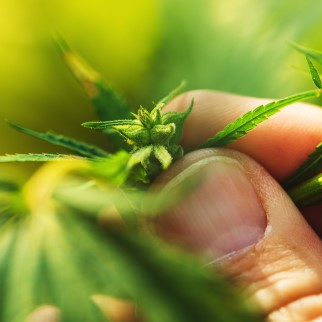 There’s still little research about the full potential of CBGA. Still, early studies have shown that this cannabinoid’s usefulness in dealing with the complications associated with diabetes and its comorbidities. Studies showed that CBGA could inhibit enzyme aldose reductase, contributing to oxidative stress that causes heart problems and other conditions. Synthetic inhibitor medications for the disorder may have serious side effects on patients. CBGA derived from the cannabis, or industrial hemp plant looks promising. With more research, it might become an attractive treatment option with no serious side effects.

CBGA has been found to have cytotoxic effects and may particularly target colon cancer cells. What’s more, this cannabinoid can potentially speed up the early death of cancer cells and curb the cancer cell cycle. Studies are still inconclusive. But CBGA has shown the potential of preventing the growth and proliferation of polyps. Polyps might grow into carcinomas if left untreated.

Studies have also indicated that individuals with metabolic disorders may use CBGA. In one study, researchers looked into the role of CBGA in activating metabolism-regulating peroxisome proliferator-activated receptors (PPARs). Improper functioning of the PPARs may lead to the development of diseases like diabetes and or high cholesterol/triglycerides levels (dyslipidemia). CBGA also appears to activate the PPARs, stimulating lipids’ metabolism and thus reducing the accumulation of excess lipids.

CBG vs CBGA: How to Consume 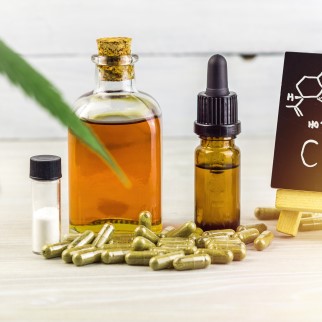 The most common ways of consuming the various cannabinoids are smoking, vaping, or ingesting through an oil tincture. That applies to CBG and but not CBGA. Some of the common ways of using CBG include:

While CBG oil may not be as common as CBD oil, it is still possible to find it in the market as CBG-only products are out there. However, you may have to do your research to find a good-quality CBG oil.

You can also use CBG through a CBG isolate, which comes as a powder. It is important for this product to look out for the purity level to ensure you get a quality CBG isolate.

You can also consume CBG by smoking the leaves of specific CBG strains. Another way of doing it is by vaping CBG oil for a quick effect. However, you may need a unique vaping device as CBG has a relatively low boiling point. And some types of vaping have resulted in serious lung injuries.

Another way to ingest CBG is sublingually using a tincture. Just place a few drops under the tongue and waiting some time before swallowing. Some people prefer this method, although it takes a while before the effect kicks in.

Are There Side Effects of Using CBG and CBGA?

There’s very little info about the potential side effects of these cannabinoids. However, they are generally safe to use, especially when taken in therapeutic doses.

Does CBG or CBGA Interact with any Medication?

Again, it is not clear whether CBG or CBGA interacts with any prescription or over-the-counter medications. Nor with any supplements and vitamins. It is advisable to consult your doctor before taking and CBG or CBGA product if you happen to be on one or more medications. It is particularly important to do so if your medication contains a grapefruit warning.

A common question that arises is whether it is legal to use CBG or CBGA. Generally, it is only legal to use cannabis and its derivatives in some states. Thus, the legal status of CBG and CBGA is up to your local legislation, so you will need to do some research. To date, cannabinoids like CBG and CBGA fall under the category of food supplements and not medications.

CBG vs CBGA – The Takeaway

CBG and CBGA are some less-known cannabinoids, but their potential benefits are promising. Some potential uses that are common to both CBG and CBGA are inflammation relief and cancer treatment. CBG has also shown potential in combating various conditions. These include glaucoma, bladder dysfunctions, neurodegenerative diseases, and bacterial infections. Besides cancer and inflammation, CBGA appears to have the potential to offer a future remedy for cardiovascular disease. Unlike CBG, CBGA ingestion comes by eating raw hemp leaves or flowers as it is unstable under high temperatures. However, you can enjoy CBG through products like CBG oil and CBG isolate. If you didn’t know about these cannabinoids, you’ve probably learned a thing or two about them by reading this CBG vs CBGA article. 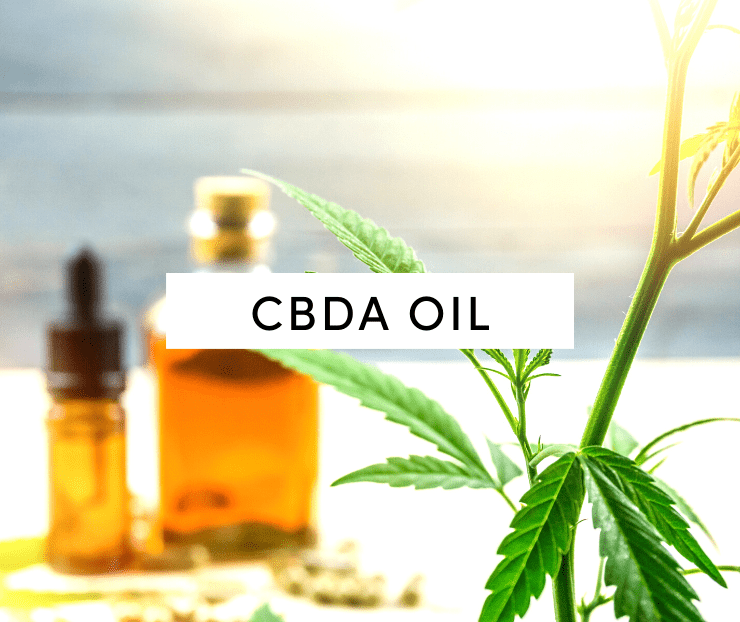