CBD Effects on the Bladder

While research on the effects of CBD on the bladder is still in the early stages, one of the most interesting finds was the fact that the Endocannabinoid System (ECS) also exists in the urinary bladder. That is why a lot of people used to assume that, when it comes to bladder control, there might be ECS signaling involved. There was also widespread speculation that the binding of this ECS with the cannabinoid receptors might have the effect to relax the human bladder, particularly when filling up.

Another speculation was that the dysregulation of the endocannabinoid system in the bladder might be responsible for other ailments as well. These might include Detrusor Overactivity and the aetiopathogenesis of the Overactive Bladder Syndrome (OAB). More and more research is revealing the full range of potential health benefits that cannabinoids, in particular cannabidiol, may offer. Since hemp-derived CBD was legalized, researchers are becoming interested in what this cannabinoid may have to offer. As a result, there have been many exciting discoveries. One recent discovery was that CBD might be able to help bladder ailments, particularly females suffering from an overactive bladder. About this, it’s mainly urogynecologists who are beginning to pay attention.

Does CBD Have A Positive Effect on the Bladder?

Based on available statistics out there, more than 20 million women are suffering from an overactive bladder as of now. In general, this can be an important issue, particularly for women with an extremely active lifestyle. They may have to urinate regularly, and this may often result in embarrassment and also emotional stress. In a worst-case situation, a woman may have to significantly change her routine to prevent a scenario with her overactive bladder.

Generally speaking, there are various things that they won’t be in a position to do because of all the persistent bladder issues. If you’re a woman struggling with this condition, the bladder muscles may contract spasmodically. In most cases, this may happen suddenly without prior warning. This may give a woman the feeling that she needs to urinate immediately. For any person who has been in this situation before, they’ll know that the detrusor muscles’ contractions are powerful. In turn, this can lead to fluids leaking past the sphincter muscles; its primary role is to prevent fluids from getting through.

What Do Studies Say About CBD Effects on the Bladder?

In the last decade, several studies have looked at the effects of CBD. Some have suggested that CBD ingested orally may impact the signaling function of the bladder and the brain. Other research even suggests that CBD may play a vital role in reducing the number of misfires. This is a common cause of many female bladder issues.

Typically, in a normal human bladder, the detrusor muscles remain relaxed, provided the urine’s storage is in that cavity. If fluids need to be released from the bladder, the muscles will contract. If there are issues with the signaling process, it might lead to the detrusor muscles going into spasm and irregular contractions. It also leads to the unplanned leakage of fluids; this can happen at very inconvenient times.

In several research studies, it has been found that the body consists of CB1 and CB2 receptors for cannabinoids. These receptors are found throughout the body, including the bladder. Both of these receptors work with the detrusor muscles on various levels. In fact, most of the efforts with many researchers are now on finding evidence that these receptors affect urination. For this reason, manipulating these receptors with the application of CBD could potentially be useful to those women who are struggling with OAB.

More than 4 million U.S. citizens struggle with a chronic bladder disease known as interstitial cystitis. Very little is known regarding the cause of this disease; however, statistics imply that middle-aged women are often the most at risk of acquiring it.

The interstitial cystitis symptoms, also known as painful bladder syndrome (PBS), entail a similar discomfort to that of urinary tract infections. It also may show increased sensitivity to pain and chronic inflammation of the bladder. On average, a person is said to void liquid about seven times per day; however, urination frequency may usually reach 60 times every 24 hours for cystitis sufferers.

As opposed to urinary tract infections, a bacterial infection is not a cause for painful bladder syndrome; this means antibiotics are of no assistance. What’s more, there’s no approved cure for the disease. However, there are a variety of options available for those wishing to relieve their chronic symptoms. In general, bladder installation is one of the common forms of treatment. Also called a bladder wash, the procedure generally involves applying a catheter for filling the bladder with a specific solution. This solution is usually dimethyl sulfoxide (DMSO).

Research also claims that factors such as exercise and diet can help reduce inflammation and the associated discomfort. However, a study printed on the Journal of Neurology discovered that cannabinoids might also be of benefit. The study showed that the use of a cannabinoid receptor 2 agonist may play a significant role. In particular, it might affect cystitis and inhibited bladder inflammation related to increased urinary frequency.

Can CBD Be Used for Overactive Bladder Conditions?

Understandably, most women who struggle with OAB are anxiously awaiting to get some relief for this particular condition. However, in most cases, extensive medical research will need to be done before a doctor can prescribe CBD for OAB. Nevertheless, there are lots of positive indications when it comes to CBD use.

The American Academy of Neurology (AAN) recently conducted a study and realized that CBD may be able to help alleviate symptoms of multiple sclerosis; basically, this included OAB and spasticity. Nevertheless, there are several other considerations on the effects of CBD, such as memory loss, seizures, mental impairment, and depression.

In fact, many other potential benefits associated with CBD have already been revealed. These potential benefits include pain relief, nausea control, appetite stimulation, and muscle spasms. At this point, it’s essential to know that the FDA hasn’t yet approved cannabidiol for any health condition or disease, except the drug Epidiolex, which is used to treat a rare form of seizures. Future research may discover that CBD could be helpful for the symptoms of OAB. 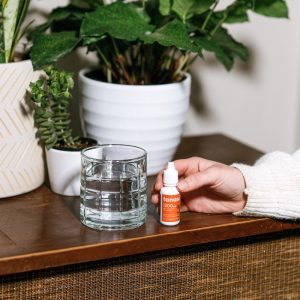 A team of researchers from the Wisconsin-Madison University used mice as models to investigate if activation of CB2 receptors can inhibit the severity of induced cystitis. They were also looking for the potential impact of cannabinoids in relation to inflammation-associated pain and urinary frequency.

When conducting the study, the research team first applied a catheter to bring about cystitis using a substance known as acrolein. Next, they treated the mice using GP1a, which is a selective CB2 agonist. They also used a placebo at three separate intervals: 3.5 hrs, 22 hrs, and 30 hrs after the actual acrolein installation. Researchers then examined all mouses after 48 hours.

Research demonstrates a relationship between bladder functioning and endocannabinoids. These research findings suggest that the results may open even more opportunities for cannabinoid use when it comes to bladder inflammation. This means that the CB2 receptor may be a possible target for helping the symptoms that come with painful inflammatory bladder disorders.

Considering that phytocannabinoids such as cannabidiol (CBD) and tetrahydrocannabinol (THC) are thought to interact with the CB2 receptors, this might suggest that cannabis might be of benefit when it comes to managing the symptoms of chronic bladder ailments.

In general, CBD seems to interact with both the CB1 and the CB2 receptors throughout the body, including the receptors located in the suburothelial mechanosensory apparatus. This is the mechanism where the bladder reacts to mechanical stimuli like filling with urine. In many studies, cannabinoids, including CBG, THC, and CBD, may show promise when it comes to relieving bladder regulation issues. This is thought to be because of how CBD works with the natural cannabinoid receptors in the human body’s bladder control pathways. That means that CBD products may show promise in improving urinary incontinence conditions, without the possible adverse side effects of traditional pharmaceuticals. 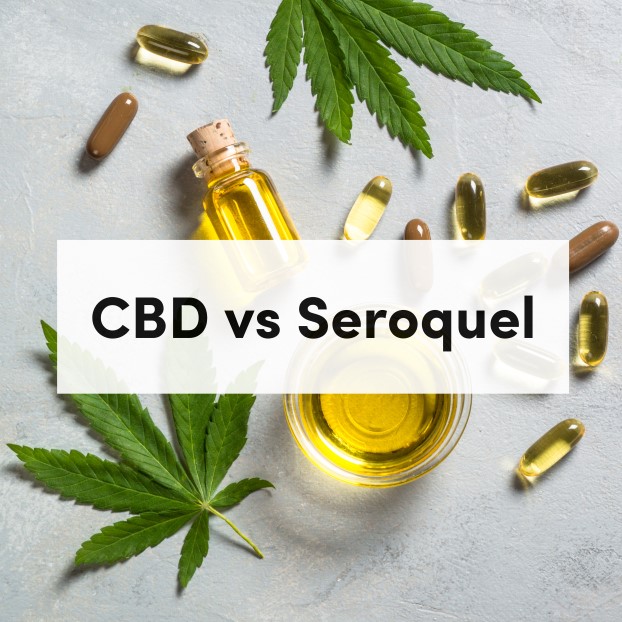 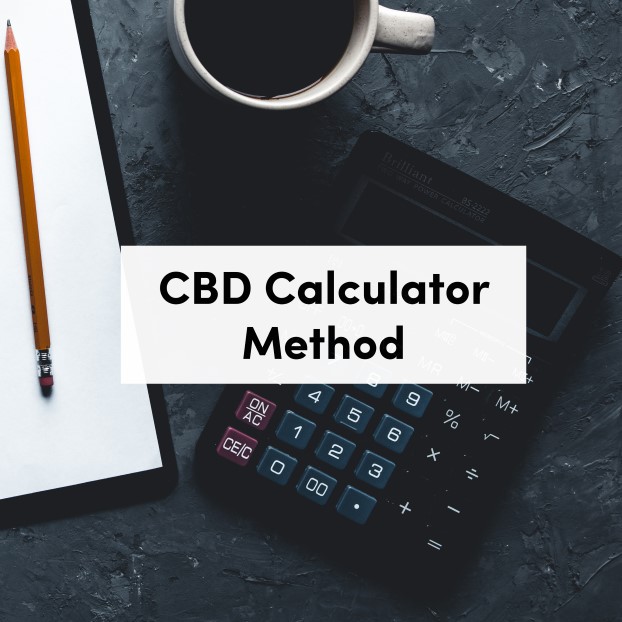 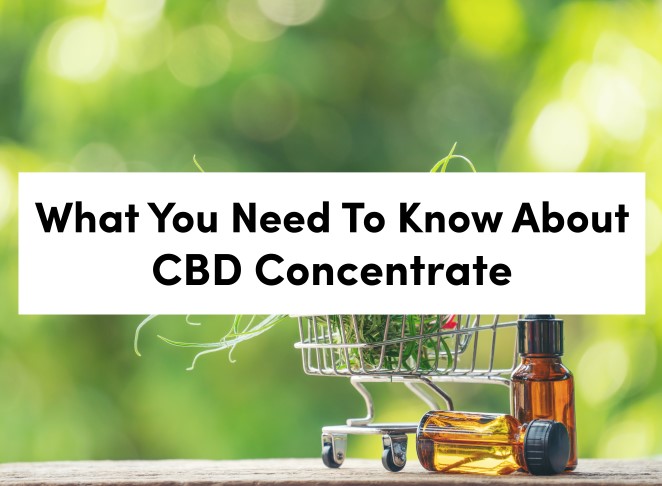