CBD and Lithium: Two Paths Diverged In The Search For Mood Stability 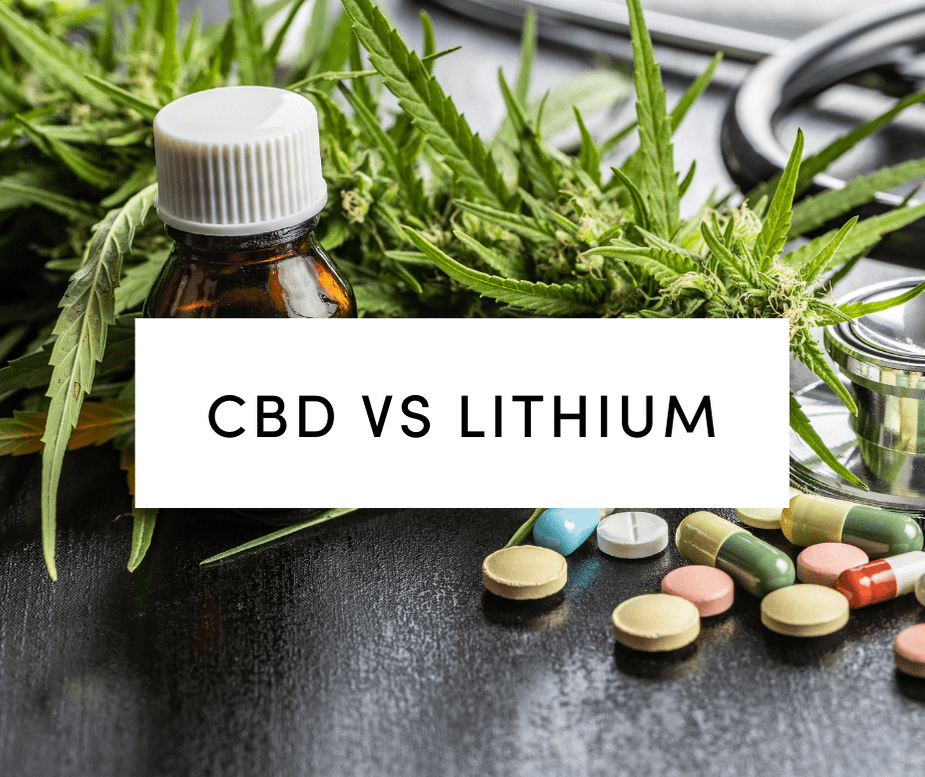 Mental health is increasingly becoming a mainstream topic of discussion. More people are mindful of issues such as depression and bipolar disorder, and how best to treat them. There is a truly vast number of various drugs and practices that are regularly recommended. There is however, a great deal of uncertainty surrounding many of them. Today we will discuss and compare CBD and lithium.

A good result of increased awareness of mental health problems is the ongoing search for new treatments. As the popularity of all-natural health products continues to grow, CBD products are gaining popularity in the metal health field. While it is advisable to stick to the medication your doctor recommends and prescribes, natural products can be good additions to your pursuit of peace of mind.

In the case of depression and bipolar disorder, patients have been using lithium for decades to stabilize their mood. Bipolar disorder is a mental illness that brings about quick changes in mood ranging from depression to mania. This form of depression can be crippling to the point that one is unable to live a healthy life.

Lately there has been an increased interest in CBD as a supplement to lithium to effect mood stabilization. Herein we will explore the different types of depression and compare CBD and lithium as options for assistance.

Persistent Depressive Disorder describes depression that lasts for at least two years. The term encapsulates chronic major depression and dysthymia (persistent low-grade depression). In both cases, a person experiences dispersion with periods of major depressive episodes. Some of the symptoms of this type of depression include low self-esteem, fatigue, change in appetite, and hopelessness.

This form of depression occurs along with some form of psychosis. The patient experiences delusions, paranoia, and/or hallucinations of depressive inclination such as illness, guilt, danger, or poverty.

SAD depression is brought on by the onset of winter. The days get shorter and there is a reduction of natural sunlight. While this depression does go away in the spring and summer, it is still a serious health issue as it causes social withdrawal, weight gain, and oversleeping.

PMDD is a form of depression associated with the onset of menstruation. Signs and symptoms of this type of depression include anxiety, mood swings, fatigue, and changes in sleeping/eating patterns.

Commonly known as Stress Response Syndrome, situational depression is a kind of depression that arises from the inability to deal with certain situations/events such as job loss, divorces, death of a family member, etc.

Regardless of the type of depression one is suffering from, the condition can be severe enough to deteriorate one’s work, school, relationships, and/or social activities. Before discussing CBD and lithium, it is paramount to know the signs and symptoms to look out for.

Symptoms And Signs Of Depression In Adults

While there has been an increased awareness of depression and its implications, there will always be undiagnosed cases. Many brush the ailment aside as part of growing old, while others are simply reluctant to seek treatment. With this in mind, you should be mindful of obvious and subtle signs and symptoms of depression. These can include memory difficulty, loss of appetite, decreased libido, and suicidal thoughts.

Symptoms And Signs of Depression In Children And Teenagers

The signs and symptoms of depression among kids and teens can be similar to those experienced by adults. However, there are some differences. In children, depression is manifested by irritability, sadness, worry, clinginess, and reluctance to go to school.

On the other hand, the signs and symptoms of depression among teenagers include low self-esteem, poor school performance, oversleeping, self-harm, overeating, and avoiding social interactions.

Clearly, depression can affect lives in so many ways that extensive exploration of treatment options is never-ending. CBD and lithium are two potential options that deserve some attention.

Improving And Stabilizing Mood With CBD and Lithium

CBD has gained popularity as a potential mood stabilizer and anxiety alleviator. Anecdotal evidence indicates that CBD produces the same type of response as certain other bipolar medication and antidepressants. For starters, CDB appears to have antioxidant properties and neuroprotective benefits which may alleviate symptoms of bipolar disorder without causing adverse effects. There is also evidence to suggest that CBD acts similarly to antipsychotic and atypical drugs, thereby working like some mood-stabilizing and anticonvulsant drugs.

Further studies are underway on CBD’s effectiveness as a mood stabilizer for bipolar disorders. These will improve our understanding of how best to use this natural supplement in the future.

In terms of efficacy, lithium has been proven to work in stabilizing moods. Nonetheless, the science behind the effectiveness is not 100% clear. Nevertheless, studies have shown that lithium-based medication can reduce suicidal thoughts and attempts while negating manic episodes.

However, it is known that lithium targets the central nervous system, increasing certain chemicals and helping to balance mood. Additionally, it is thought that lithium helps to strengthen nerve connections, thereby assisting individuals in controlling their mood better.

How To Take CBD and Lithium

For the most part, lithium is taken as lithium carbonate, lithium citrate, or lithium orotate. These usually come in extended-release tablets, capsules, or liquid solutions with the appropriate dosage.

CBD is available for consumption in a wide variety of forms. Depending on your preference, you can take CBD via full-spectrum extract tincture , drink concentrates, and pills.

Potential Side Effects Of CBD and Lithium

Lithium has been successfully used for mood stabilization for many years. As such, its efficacy is proven. A downside to taking lithium-based drugs is the high chance of experiencing a negative side effect. Approximately 70% of bipolar patients who treat their condition with lithium experience side effects. Although the vast majority are minor side effects, common side effects of taking lithium include diarrhea, acne, weight gain, and poor memory. With high doses of lithium, you can even experience additional side effects such as blurry vision, ringing ears, and poor muscle control.

Hypothyroidism is a potential side effect of long-term lithium use. This is a condition whereby you have low levels of thyroid hormones. Long-term use of lithium-based medication can give rise to rare but dangerous kidney illnesses. In this case you must closely monitor your kidneys and kidney function.

The vast majority of people tolerate high doses of CBD well. However, the use of CBD does carry its own set of risks and side-effects. For instance, CBD can cause diarrhea and dry mouth. In rare cases, it can cause fatigue and loss of appetite. Finally, CBD can interact with other medications such as blood thinners, which can potentially be harmful.

It is paramount for individuals suffering from depression or bipolar disorder to ensure CBD products have low THC quantities. THC is the psychotropic compound in cannabis and could have an unpredictable impact on a bipolar person’s mind. CBD is known for being a non-addictive substance. As such, there are no known long-term side effects of taking CBD. 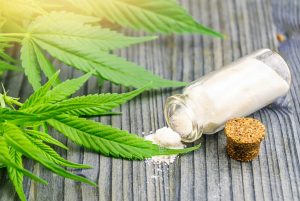 CBD may also be an appealing option, as it is much safer. It does not yield many side effects when compared to lithium treatments. Finally, full-spectrum CBD products could deliver many additional health benefits, including improved immunity, reduced anxiety, anti-inflammatory properties, and much more.

Conclusion on CBD and Lithium

When taken in the right dosage, CBD may effectively address symptoms of bipolar disorders and other types of depression. Anecdotal evidence suggests that CBD is effective in alleviating the signs and symptoms of depression, like lithium-based drugs. We are currently still in the formative stages of understanding CBD and its mood-stabilizing properties, much like lithium in the 1950s. The scientific community did not understand exactly how it alleviated depression, and frankly still don’t have all of the details. But you could still consider CBD, because even if the “why and how” aren’t perfectly documented yet, many people say that both CBD and lithium make them feel better. 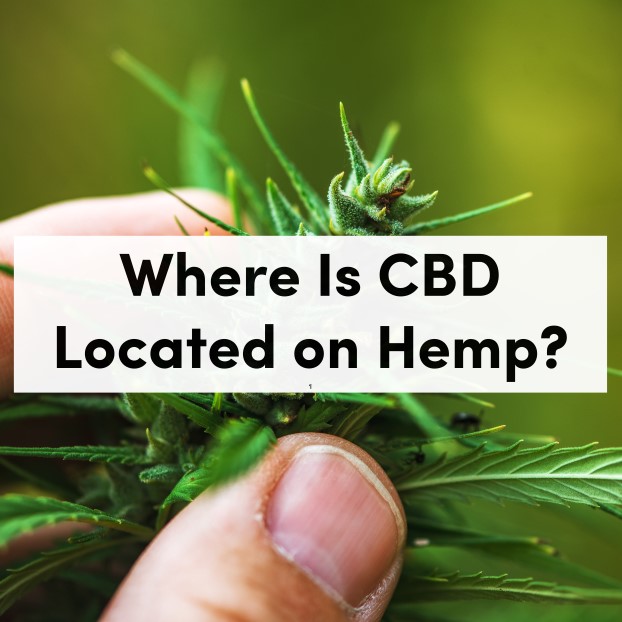 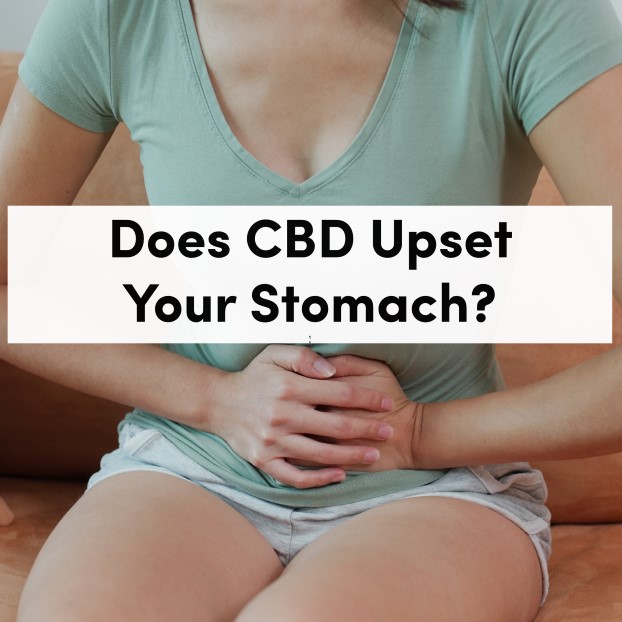