Home / Blog / THCv / What Is THCv? Its Features and Effects

What Is THCv? Its Features and Effects 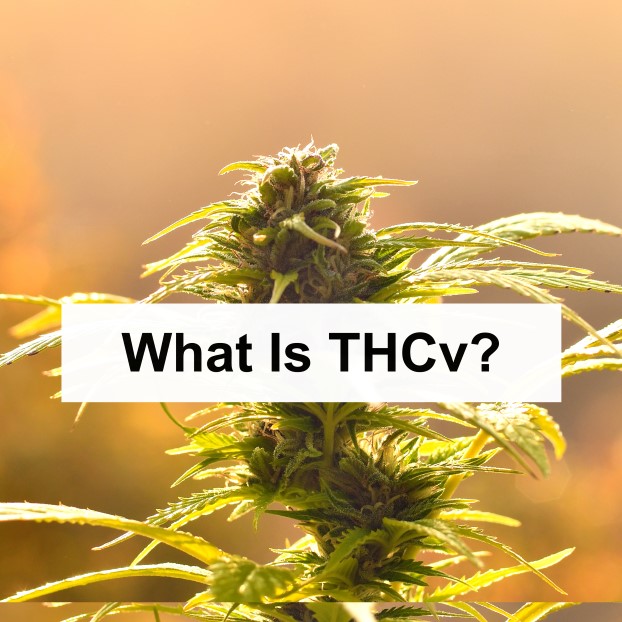 Talking about cannabis is nothing new as the plant has gained so much popularity over the years. However, even more, people are becoming more curious about it due to the ever-increasing benefits researchers are continually stumbling upon. The media has been of enormous help by creating awareness through advertising of the plant, its by-products, and their benefits. The health industry is also very much reaping the fruits of all the positive attention. But exactly how much do you know about it? Cannabis is a very intriguing plant and will not cease to amaze us anytime soon. It has more molecules than what we previously thought for a long, long time. Researchers are tirelessly working on trying to get a better picture of everything still hidden from us. The compounds that reside in it are the cannabinoids and, out of the lot, the most well-known ones are CBD and THC. But what is THCV? You’ve probably never heard of it. Despite the similar names, it does not have that much in common with THC. Researchers claim that the compound might have the potential to become another darling cannabinoid for enthusiasts. So, what is THCV? What does it do? And why should you care? Read on to find out. 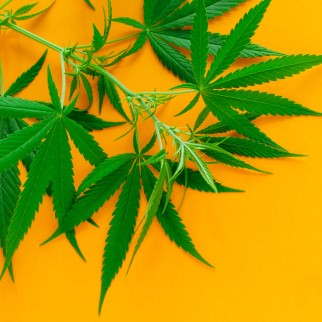 THCv, also known as tetrahydrocannabivarin, is a lesser-known but very powerful compound of cannabis. The versatility it holds regarding its own potential benefits is quite unique compared to what CBD and THC can offer. Researchers discovered THCv in 1973. Its chemical formula is C19H2602, comprising two oxygen atoms, 26 hydrogen atoms, and 19 carbon atoms. The structure is more or less like that of THC, right up to having some similar psychoactive effects. Unfortunately, the compound exists only in minimal amounts in both cannabis and hemp plants. Despite that, THCv is proving to have some exciting potential benefits.

One notable aspect of THCv is that, despite the similar name, it is much less psychoactive than THC. Meaning that THCv will not get you high after taking it unless you consumed a disproportionately big amount of it. Since the compound is a bit scarce to begin with, chances are you will not be able to do that. Besides its psychoactivity at scale, there are many potential benefits to THCv you might want to look after.

THCv might play a massive role in weight loss, one reason that boosts diabetes. Patients living with this disease may benefit from it. People with an intolerance to glucose always tend to suffer from obesity at an often dangerously high rate. THCv appears to work very well in helping regulate blood sugar levels. Thus, reducing weight gain and consequently countering diabetes. It may also reduce resistance to insulin.

An individual suffering from PTSD or any other form of anxiety is prone to suffering from panic attacks. When the human body senses any danger, it will naturally want to fight the threat or flight from it. An overwhelming fight or flight sensation that has no resolution to it might result in a panic attack. THCv seems able to calm you down and subdue the panic response for the user. The compound poses the same advantage many other cannabinoids have when compared to prescription drugs: it is not addictive. Thus, taking it regularly will not be detrimental to your health. 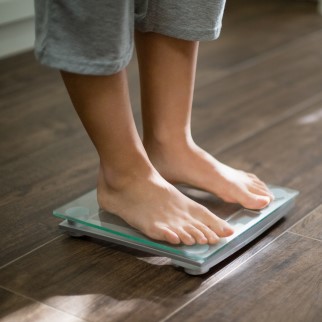 Statistics from the World Health Organization reveal that 39% of the world’s population in the year 2016 struggled with weight loss. The percentage consisted of obese people, and the amount equated to approximately 1.9 billion people. That is a considerable number. The numbers were much higher in some nations while notably less so in others. Unfortunately, western countries had the biggest share of it. Excessive weight is a platform for the acceleration of the development of diseases like heart disease and diabetes. These diseases prove to be fatal if left untreated. While the people in this category try their best to get rid of the weight, apparently, only 5% can manage to get to their ideal weight.

Well, THCv might offer them some help due to it seemingly playing a role in suppressing weight gain. THCv’s interaction with the CB1 receptor of the endocannabinoid system might be behind this effect. The interaction ends up reducing hunger by slightly suppressing your body’s signals that you need to eat. Scientific studies have revealed that only 3 milligrams per kilogram of body weight can lead to considerable weight loss. Furthermore, strains of cannabis comprising THCv and CBD gave better results in this than one of THCv and THC. However, patients suffering from anorexia should not use this THCv as it might exacerbate their condition.

In 2009, research conducted by Riedel revealed that THCv could reduce swelling and pain. The firm conducted experiments on mice, and the results were positive. Inflammation is associated with both symptoms. The cause of it during the experiment was exposure to inflammatory chemicals that came from either food or medication.

Lab experiments revealed that THCv boosts the growth of new cells within bones. Thus, patients suffering from any bone-related illnesses like osteoporosis could, theoretically, hugely benefit from it.

THCv has antioxidants that are able to activate CB2 receptors. The feature might prove to be efficient in alleviating symptoms of Parkinson’s disease. Also, it may delay the process of neurodegeneration, which might be a deciding factor in keeping patients of advanced age healthy much longer.

Now that you know just what is THCv, the next question you would want an answer to is where to get it. The compound, of course, comes from the cannabis and hemp plants. Yet, the amount present in each is scarce; thus, there are not that many THCv products available right now. However, there’s one plant in which you can find THCv in quantities that are a bit above-average.

Scientific studies show THCv exists in large amounts in the African sativa. A notable strain of that plant is Durban Poison. If you manage to get hold of it, you will harvest more THCv than with regular cannabis or hemp.

Unfortunately, there aren’t many known African sativa available due to hybrid approaches. The original plants are the parents to other versions like the Cherry pie, which originates from the Durban prison. It is a strain with high amounts of THCv. Therefore, before settling on any version, ensure you know a bit of its history. Your budtenders can enlighten you on the African hybrids. Nonetheless, below is a list of Cannabis strains with high amounts of THCv.

The strains mentioned above contain above-average quantities of THCv. You can consume them raw if you want to get a higher concentration of the cannabinoid. Additionally, they’re available in the form of processed oils and extracts. When taking these products, the amount you take is critical. When you opt to smoke the plant using a vaporizer, make sure you check on the temperature. 314 degrees is sufficient to execute extraction of the THC in any strain of cannabis. However, if you want to get THCv, you have to increase the temperatures up to 428 degrees Fahrenheit. Unfortunately, there is a shortcoming involved in this method. A large number of cannabinoids and terpenes vaporizes when you hit the 245 degrees Fahrenheit mark. As a result, the psychoactive effects will lessen considerably.

What Makes THCv Different From THC?

Since the names are almost similar, most people would assume it is the same thing, or one is a product of the other. Both molecules belong to a similar family, thus sharing the same structure. You can say they are cousins or stepbrothers, maybe. However, there are distinctive characteristics that differentiate the two.

First, THCv is commonly known for appetite suppression effects, while THC stimulates hunger. Therefore, when working around your dietary goals, ensure you go for the right choice for you. Patients on a weight loss journey may prefer THCv. It may work efficiently to help them achieve their goals by cutting down the need to eat regularly. Also, individuals suffering from diseases like AIDS tend to lose their appetite. A dose of THC may be helpful for them.

Second, THC’s signature is the fact that it gives you psychoactive effects upon ingestion. THCv, on the other hand, shows very little psychoactive effects. Some claim that THCv actually helps them feel calmer. Thus, it stands to reason that, if taken after THC or at the same time, THCv might counteract the THC’s effects.

What Is THCv? – The Takeaway

THCv might not be as famous as THC yet, but it is getting there. Enthusiasts swear by its effects with a lot of anecdotal evidence posted online. Most of the research on it is still ongoing but, based on the users’ comments, it’s safe to say that this is one of the most interesting lesser-known cannabinoids. 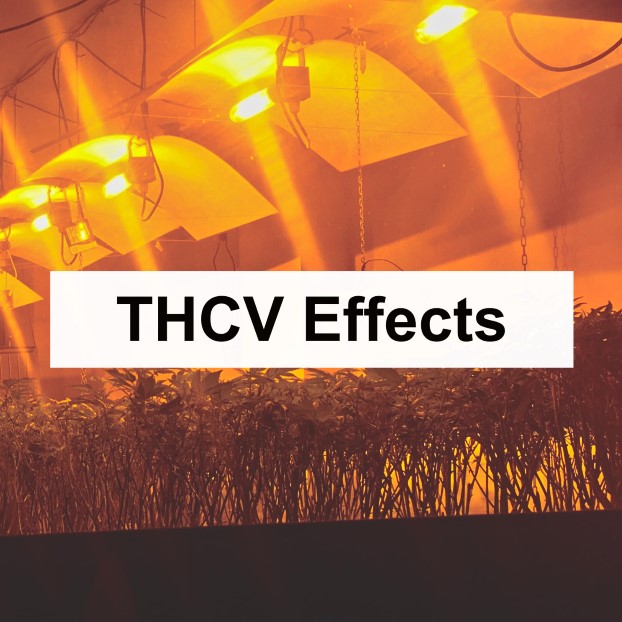 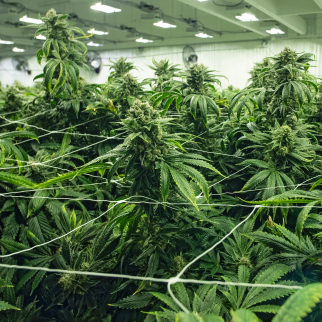 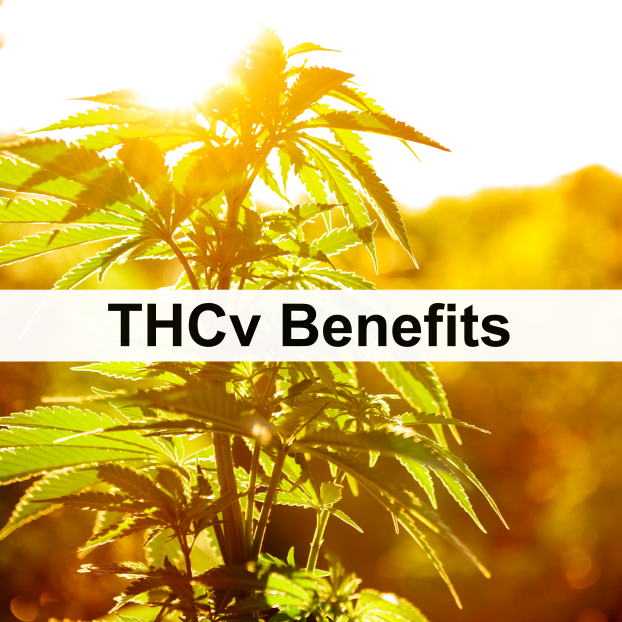