What Is Terpene Oil? 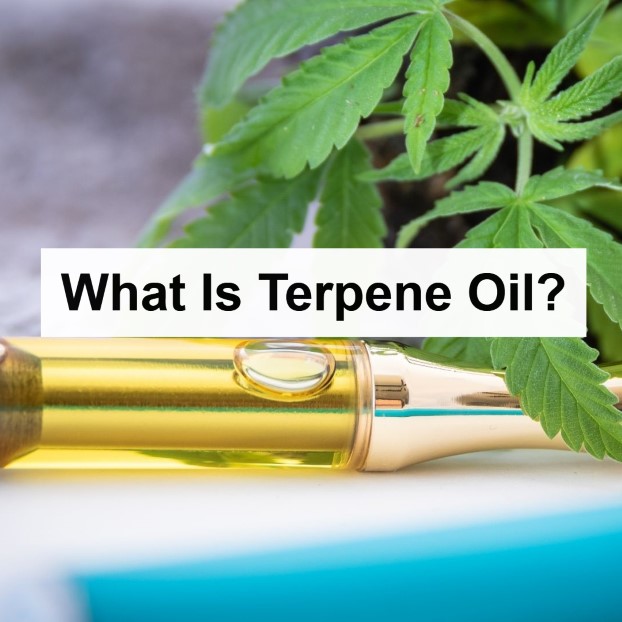 If you vape or smoke cannabis, then you probably know that the plant houses various chemicals and compounds in it. Of these, about one hundred and forty belong to a class of organic aromatic hydrocarbons known as terpenes. These are responsible for creating the characteristic smell of many plants, including hemp and cannabis. In nature, terpenes play an important role in protecting plants from fungus, bacteria, and other environmental stresses like grazing.

Chances are you’ve also heard about terpenoids. And while some people use the two terms – i.e., “terpenoids” and “terpenes” – as interchangeable often, it’s worth noting that the two are quite different. Terpenes, on the one hand, are hydrocarbons, which means they contain only two elements – hydrogen and carbon. Meanwhile, terpenoids are compounds that have either been chemically modified or denatured through oxidation.

The compound naturally synthesizes inside tiny secretory cells found in glandular trichomes; exposure to light increases their production. These compounds are usually in their highest concentrations in the female cannabis plant’s unfertilized flowers before senescence.

It’s a well-known fact that the cannabis plant is capable of affecting emotions and behavior. The most psychotropic cannabinoid in cannabis, THC, has been intensely studied. However, there are many flavonoids, cannabinoids, and terpenoids found in marijuana that play a significant role in enhancing the plant’s therapeutic effects, which remain understudied to this day.

Now, from the few studies conducted so far, researchers have found out that the compound:

Now that we know so much about terpenes let’s find out just what is terpene oil exactly. 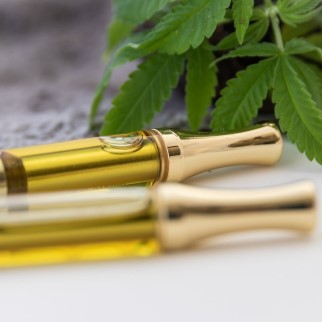 It’s worth noting that the cannabis plant contains lots of different types of terpenes. Here’s a look at some of the most common ones:

Myrcene – A monoterpene, myrcene is the most common terpene made by the cannabis plant and has a unique herbal, musky, earthy aroma. This terpene contains special, potentially medicinal properties and is thought to lower resistance across the blood to brain barrier. Thus, it may increase the rate at which the body absorbs it and other compounds. It’s also considered an antimutagenic, antibiotic, and anti-inflammatory.

Pinene – A bicyclic monoterpenoid, pinene has the distinctive aromas of fir and pine. It also reacts with other compounds to create other terpenes. In medicine, it can act as a local antiseptic, bronchodilator, expectorant, and anti-inflammatory.

Limonene – A monocyclic monoterpenoid, limonene is one of two compounds formed from the terpene pinene and has a strong, citrusy smell. Limonene, especially in high concentrations, promotes a general uplifted mood. At the same time, it serves as a natural pesticide.

Ocimene – This is an earthy, sweet-smelling terpene associated with antiseptic and antiviral benefits, amongst others.

Beta-Caryophyllene – This terpene has a spicy, sweet aroma and known to resemble cannabinoids. The terpene seems to possess antinociceptive, antioxidant, and anti-inflammatory properties.

Other terpenes found in the cannabis plant include:

Just like with essential oils, the terpene chosen will dictate just what is terpene oil kind that you ultimately get.

How Are Terpenes Extracted?

Terpene oil is extracted from cannabis by vaporization or steam distillation. Most terpenes turn to vapor at around the same temperature as tetrahydrocannabinol, which boils at about 314.60°F (157°C). However, some types are more volatile than others.

This procedure has one very attractive thing going on for it – the fact that steam doesn’t dilute terpenes. However, it does have a side effect, and that is the practical yield is generally very low. Nevertheless, the simplicity and cost of the extraction method compensate for this.

It’s worth noting that there are other ways to extract terpene from the plant material. These include:

Currently, the cheapest solvent isolation of terpene from fresh flowers is hexane extraction. The process lasts about 60 minutes with agitation, after which the hexane is drained and eliminated in a rectification tower.

CO2 extraction, on the other hand, just extracts terpenes from dried flowers. Extracting terpene from fresh flowers using lots of water proves to be challenging. The aggressive solvent tends to react with components in water and turns to acid when in a liquid state.

What Effect Do Terpenes Have on Humans?

Most terpenes are bioactive, which means they can affect the human body. However, their effect will vary depending on how one uses it and the compound’s concentration. Due to their vibrant/aromatic smells, terpenes are often part of the basis of many essential oils and play a vital role in different alternative therapies like aromatherapy.

Terpenes seemingly enhance or affect the high a person experiences after using marijuana through the ‘entourage effect.’ That, therefore, implies that the compound can alter or enhance the effects of CBD and THC in the body. Also, as we’ve already seen, most terpenes might have antibiotic, anti-inflammatory, antioxidant, antinociceptive, antimutagenic, and antiseptic properties, amongst other things. According to one study, many terpenes have proven to be beneficial to the body and could even become alternative therapies or medicine with future research.

According to researchers, terpenes and cannabinoids work together to modulate and boost each other’s effects in the body’s endocannabinoid system (ECS). For many years, tetrahydrocannabinol (THC) seemed to be the only compound of psychoactive importance in the cannabis plant. However, research now also appears to point out that terpenes and other cannabinoids, such as Cannabidiol (CBD), can either decrease or increase THC’s effects and other chemicals that interact with the endocannabinoid system.

For instance, myrcene seems to increase the effects of tetrahydrocannabinol. Also, it might boost sedation and provide further analgesic, anti-inflammatory, and anti-cancer effects. On the other hand, limonene is an energizing anti-depressant in aromatherapy.

Researchers found that these compounds produce synergy. This is especially true when it comes to anxiety, inflammation, pain treatment, depression, cancer, addiction, bacterial and fungal infections. It’s worth noting that nearly all major terpenes from the cannabis plant are either anti-inflammatory or analgesic (anti-pain) in nature, amongst other things.

Ways to Use Terpene Oils for Maximum Effect 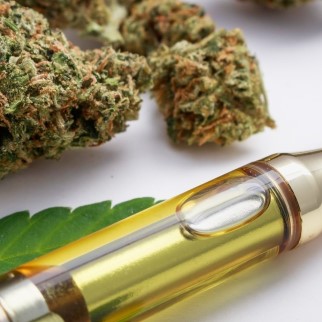 If you are thinking of trying terpene oils, then please note that there are several ways you can use some of these oils to enjoy the different benefits they have to offer. Depending on the specific terpene oil, you might feel what is terpene oil doing to your body differently. Options include:

One of the most common ways to use terpene essential oils is through aromatherapy. Apart from making your home smell nice, terpenes also provide various aromatherapeutic benefits. One of the easiest ways is by using a diffuser like a reed diffuser, which is simple to use and doesn’t require electricity to work. All you need to do is add a few drops of your favorite terpene oil to the diffuser and enjoy the experience. The good thing about terpene oils is that they allow you to work with a terpene profile that suits your aromatherapy needs.

Another way to use terpene oil is in cooking. Terpenes, when used ingeniously, can help add flavor to your food. Apart from that, you have the option of blending them with cannabidiol oil to create unique cannabidiol-infused meals. Apart from spicing up your food and making it extra tasty, infusing meals with useful terpenes and CBD still give syou some of its therapeutic effects.

When most people talk about how to use terpene oil, they are often talking about how to use the oil in CBD vape oil or a vape device. However, it’s worth noting that you cannot vape terpene oils on their own since vaping requires an e-liquid base consisting of a blend of vegetable glycerin and propylene glycol.

While some brands sell e-liquids that have terpene oils already infused in them, others don’t. As such, always make sure you check the label on your e-liquid before adding terpene oil. If the product you are using isn’t terpene oil-infused, then all you’ve got to do is add two to three drops of the oil to achieve the desired results.

When purchasing terpene oil for use in your vaporizer, consider doing some research first. Most of the companies that sell different types of terpene oil sell blends that resemble particular strains of cannabis. This way, you can choose to apply terpene oil to a blend that already smells like a strain you are particularly fond of.

Did you know that you can also administer terpenes topically? One way to accomplish this is by blending the oil with cosmetic products such as creams and lotions. Alternatively, you could try rubbing the essential oil directly on your temples for a soothing effect. However, you need to be careful when applying terpene oils to your body, as some terpenes can be harsh on the skin if applied undiluted. Always make sure you read your product’s label before applying the oil to see how much you need to dilute before topical use.

What Is Terpene Oil? – The Takeaway

Terpenes are unique compounds with different uses. Apart from their great taste and smell, they also offer a variety of potentially therapeutic benefits that serve you well! However, before using any terpene oil product, thoroughly check out the brand, and have the product you intend on using.

What Is Terpene Oil?