What is Delta 8 CBD? Let’s Clarify a Common Misconception. 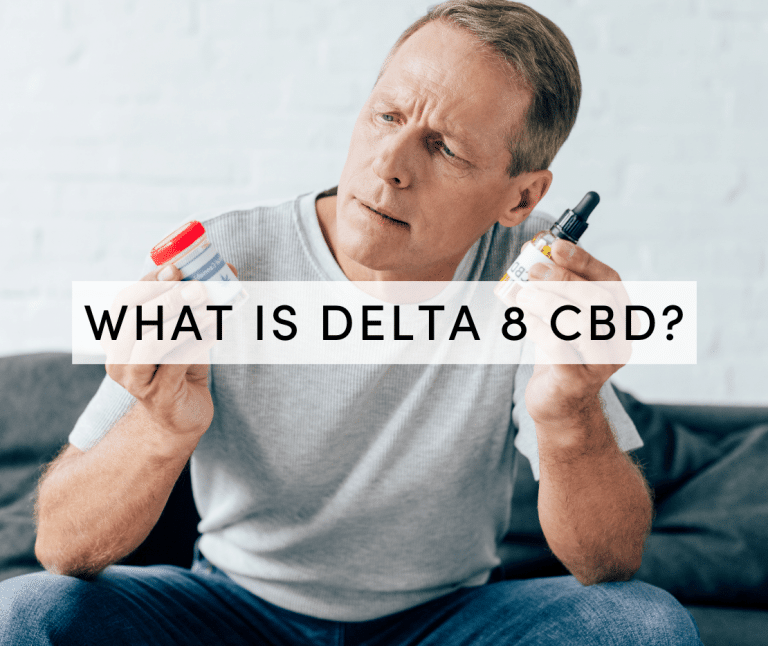 If you’re wondering, is Delta 8 legal, first you need to know, “What is delta 8 CBD?” But here’s the truth: delta 8 CBD doesn’t exist. In reality, it’s name is delta 8 THC. Some people confuse this compound with CBD because they have similar effects on the body and are both legal in most states. But it’s important to note that these two compounds are different. And that the answer to “is delta 8 legal?” may soon change.

By this point, most of us are familiar with THC and CBD, the two major cannabinoids in the cannabis plant. But these two natural compounds are only the tip of the iceberg. Experts now believe there are more than 120 different unique cannabinoids in the plant. In recent years, scientists have isolated and extracted many of these compounds for testing.

Delta 8 is one of these recently isolated compounds. Because some companies advertise it as a less-psychoactive THC alternative, it’s not surprising that people confuse it with CBD. What you learn in this article will help you clarify the subject for anyone who asks “what is delta 8 CBD?” But let’s start with an overview of important cannabis topics.

Marijuana is cannabis that contains more than 0.3%THC. If cannabis contains less than 0.3% THC it is hemp. Cannabis is one of the oldest psychoactive substances on the planet. The plant’s buds attract recreational users, though the entire plant is useful.

The most potent psychoactive compound in marijuana is delta 9 THC. Cannabidiol (CBD) is another abundant cannabinoid. It lacks the intoxicating potential of THC. A few other cannabinoids we are familiar with include cannabinol(CBN), cannabichromene(CBC), and cannabigerol(CBG). 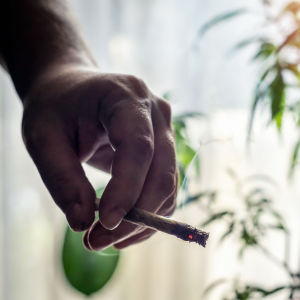 Delta 9 THC is the most abundant cannabinoid in marijuana; it’s what causes highs when you smoke the plant. THC has been in the scientific spotlight for decades as researchers have discovered its health benefits. Easing pain, stimulating the appetite, and warding off depression are some of these benefits.

While you might wonder, is delta 8 legal, you don’t have to consider that question for delta 9 THC. That’s because it’s illegal or heavily in many states. Hemp plants contain a very low percentage of delta 9. But the average marijuana plant has delta 9 THC levels between 12 and 19 percent.

Delta 9 THC affects the brain and body in a number of unique ways that we don’t exactly experience or recognize with anandamide. The most potent effects occur in the hippocampus, cerebellum, and frontal cortex. These include:

It can also affect other areas of the body. For example, it can increase appetite, reduce pain, control muscle spasms, alleviate nausea, and can even help kill certain unhealthy bacteria that form in the gut. There are undoubtedly many effects of delta 9 THC that are still not fully understood. We are constantly learning more about this compound as well as other cannabinoids through scientific studies and clinical trials.

The legal status of the cannabis plant is tied very closely to its delta 9 THC levels. On a federal level in the United States, cannabis that contains more than 0.3 % delta 9 THC is illegal. It is classified as a Schedule I drug. This means it has “no medical use” despite the plethora of research and studies that suggest otherwise. This unjust ban has led to the rise of Delta 8 and misinformation that leads to people asking “what is delta 8 CBD?”

The legality does vary some from one state to another despite remaining illegal according to federal law. A few of the states that allow recreational use of delta 9 THC include Alaska, Colorado, California, and  New York. Then there are some states that allow delta 9 THC for medical use, such as Delaware, Arkansas, and Florida. 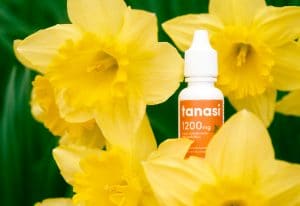 CBD was discovered in 1940; it’s since been the subject of numerous studies. Even so, we still have very few high-quality CBD studies. But we do know many ways to use this cannabinoid. Following extraction, we can use CBD in capsules, tinctures, and oils. It is also present in smaller quantities when smoking dried cannabis buds.

As with THC and the other cannabinoids, CBD is abundantly present in cannabis plants. It accounts for roughly 40 percent of the plant’s phytocannabinoid content. And, thanks to breeding and cultivation advances, we can now grow hemp with even higher concentrations.

What Are The Effects Of CBD?

CBD shares several potential benefits with THC, as well as some of the potential side effects. How you consume it and what additional ingredients are present in the product can affect your experience. CBD oil tinctures are the most common delivery method. Many people use CBD to reduce anxiety, fight pain, and improve appetite.

There is also evidence that suggests CBD can treat childhood epilepsy syndromes. It’s often suggested for patients who don’t respond to traditional seizure medications. CBD may reduce the frequency and severity of seizures in children. There is currently only one prescription medication that includes CBD for this very reason (Epidiolex). We expect to see more medications like this appear in the future.

No. This is the major factor that separates CBD from THC. CBD will not make you high, which is why it remains legal across the country. In many states, you can find CBD products at grocery stores, gas stations, and specialty shops. It’s safe to operate vehicles and machinery after CBD consumption due to the lack of psychotropic properties.

What Is Delta 8 and is Delta 8 legal?

Delta 8 is a phytocannabinoid that is similar in structure to delta 9 and has some of the same effects on the mind and body. Despite common misconceptions, it is actually a variation of the THC compound rather than CBD. It contains a double bond in the molecular chain similar to THC. The location of the bond is slightly different, which results in a few subtle differences. It is also consider it a more stable compound than delta 9 and cannot be equally oxidized.

Delta 8 bonds to the same CB receptors as delta 9, but with slightly less affinity due to the altered molecular structure. There are significantly fewer studies regarding the compound and its effects. However, existing studies all suggest similar effects to delta 9. This includes appetite improvement, mood control, and pain management.

Unlike CBD, delta 8 produces a mild psychoactive effect. Many consider it to be a milder and clearer high than the more potent delta 9. These effects are more noticeable when in edible form because it undergoes the same metabolic process as delta 9. Delta 8 and 9 are both converted to 11-hydroxy-THC in the liver.

It is too early to tell whether or not delta 8 will make a suitable replacement for CBD. It is still an uncommon cannabinoid that requires a great deal of research. The psychoactive properties make it highly unlikely to be a completely safe replacement for CBD. For example, children suffering from epileptic seizures likely wouldn’t switch to delta 8 THC when CBD functions well without the high.

Conclusion: What is Delta 8 CBD?

The details of how the many cannabinoids work can be pretty confusing. It’s no wonder people ask things like “what is delta 8 CBD?” Hopefully this article has provided some clarity about CBD, delta 8 and delta 9 THC. If you’re already comfortable with the psychoactive properties of delta 9 THC, you may want to give D8 a try. But if you would like to avoid the “high” altogether, then you may be better off with traditional CBD and hemp extracts. 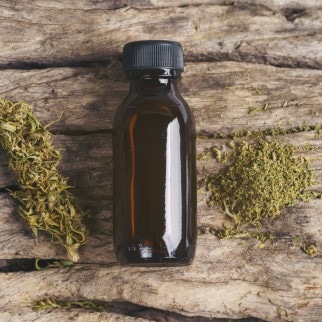 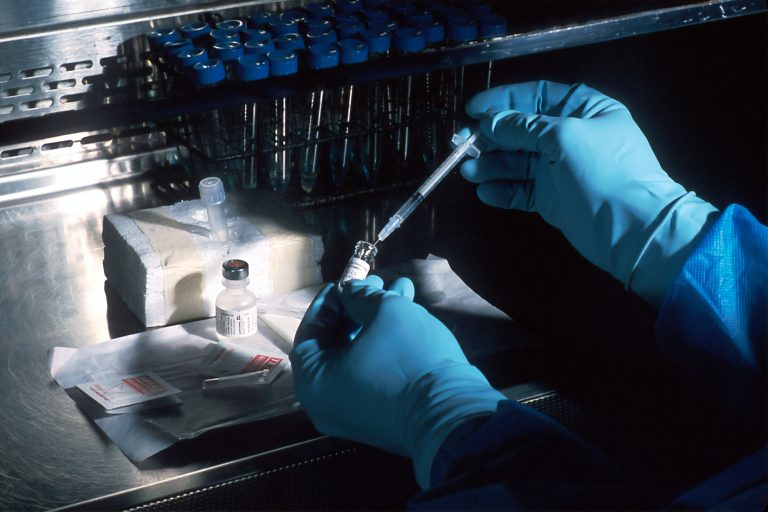 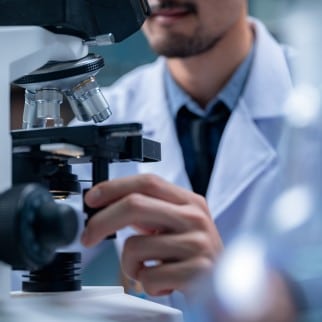