Home / Blog / Cannabinoid / What Are Cannabinoids: What You Need To Know

What Are Cannabinoids: What You Need To Know 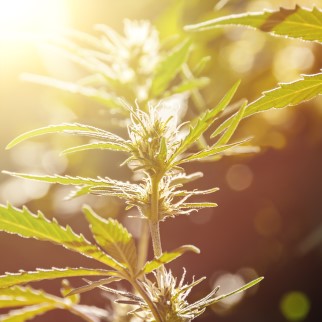 What are cannabinoids? They’re a group of organic compounds that act on CB1 or CB2 receptors in your ECS (endocannabinoid system). That allows them to control or regulate various bodily processes, helping your ECS system restore and maintain homeostasis. But there are two types of cannabinoids to know about: 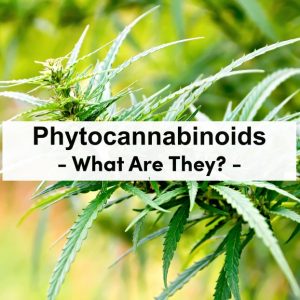 Your own body naturally produces endocannabinoids on demand.  They interact with your ECS to regulate various functions and processes, including sleep, anxiety, hunger, respiration, and your immune response.

These are cannabinoids that occur naturally in plants like cannabis. Right now, we believe that cannabis plants have the highest concentration of phytocannabinoids. In fact, we’ve identified at least 113 different cannabis cannabinoids.

The most popular of these include THC (tetrahydrocannabinol), CBD (cannabidiol), and CBC (Cannabichromene). (More on each of these below.) Now, THC is infamous for having psychoactive properties. And that’s what gets you high if you consume marijuana. On the other hand, CBD isn’t psychoactive. But it has potentially therapeutic properties that may help manage conditions such as epilepsy, migraines, and arthritis, to name but a few.

Many manufacturers now extract cannabinoids from cannabis, infusing them into different products. But the source plant variety really matters. And that’s because industrial hemp, a variety of the cannabis Sativa plant, contains very low THC levels (at less than 0.3%).

As a result, its legal to use hemp extracts at the federal level. Plus, it means low-THC hemp plants have higher concentrations of other cannabinoids. That’s why growers cultivate hemp in controlled conditions, reducing THC levels and producing higher CBD, CBC and CBG yields. We can then extract these non-psychoactive compounds for various uses.

Cannabinoids And the Endocannabinoid System

Cannabinoids interact with your ECS by binding onto CB1 and CB2 receptors, helping your body maintain a state of homeostasis. In other words, you can take or use cannabinoids to help supplement your body’s natural cannabinoid supply, making it easier for the ECS to regulate your body processes.

But here’s a key factor that impacts homeostasis. Unknown to many, your body’s ability to produce endocannabinoids declines as you age. Certain illnesses or external stressors can also impact endocannabinoid production. And that’s why supplementing them with phytocannabinoids may help you manage various unwanted conditions or symptoms.

THC is the most commonly known cannabinoid. It’s hugely responsible for getting you high. (It’s also why marijuana remains a federally controlled substance.) After all, this cannabis plant variety marijuana contains relatively high concentrations of THC. And, in your body, THC binds onto CB1 brain receptors, triggering increased dopamine production along with feelings of euphoria and relaxation.

Many people now consider CBD as an alternative health supplement. They use it to manage conditions such as including insomnia, pain, and anxiety. CBD also acts on your endocannabinoid system, helping produce more endocannabinoids. But, unlike THC, it doesn’t directly bind to CB1.

This is one of the reasons why it doesn’t have an intoxicating effect. Interestingly, CBD seems to increase anandamide and 2-AG endocannabinoids, producing more positive effects. Researchers also believe CBD interacts with opioid and dopamine receptors, helping regulate pain and behavior.

CBG is the compound responsible for producing CBD and THC. In fact, we consider it a building block for these two cannabinoids. But, on its own, CBG may help fight pain, inflammation, and nausea, among other conditions. CBG may even help manage symptoms of cancer, Crohn’s disease, some cases of glaucoma, and inflammatory bowel disease.

CBC is the third most abundant cannabinoid in the cannabis hemp plant and shares the molecular formula of THC and CBD. Although CBC interacts with both the CB1 and CB2 receptors, it is also quite effective on other receptors, including TRPV1 and TRPA1. Like CBD and CBG, CBC doesn’t have any intoxicating effects thus generally safe for all. It’s worth noting that CBC exhibits powerful anti-inflammatory properties that may come in handy when dealing with most forms of inflammation.

CBN can be termed as a by-product of THC. It is formed when THC is degraded due to age and increased exposure to sunlight. It thus acts on CB1 receptors producing mild intoxicating effects. The concentration of CBN is, however relatively low, and mostly occurs alongside CBD. It is thus safe to say you will find some CBN in CBD oil. Studies also show CBN to have sedative properties, making it useful for insomnia. One study even demonstrated that just 5mg of CBN is enough to improve muscle relaxation and restful sleep.

CBGa can be termed as the most crucial cannabinoid and the building block for CBD. It has  similar properties and benefits as CBD, though more research is needed to ascertain its exact properties. CBGa turns into cannabidiol when exposed to heat and is readily available in the hemp plant. Studies show CBGa may inhibit aldose reductase, one of the enzymes responsible for oxidative stress. Inhibiting this enzyme reduces your risk of heart disease and other conditions linked to oxidative stress. 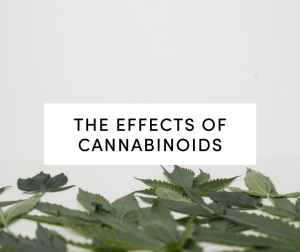 Chronic pain can be debilitating. Unlike over-the-counter medications that can be addictive and unpredictable, taking cannabinoid supplements (CBD or THCa oil) may provide relief with few side effects. You may also find that CBD products help manage inflammatory pain, especially internal muscular and skeletal spasms, arthritic pains, and headaches.

Cannabinoids, especially CBD and CBN, may be effective home remedies for insomnia. The two cannabinoids work together to improve muscle and mental relaxation, which may help you slide into sleep easily. This is unlike over-the-counter sleeping pills that are only effective on the first few days and can be addictive if used for too long. You can, however, take CBD gummies or CBD oil regularly. This may improve your sleep patterns with no risk of dependency.

Numerous studies show that CBD helps reduce and manage certain types of epilepsy in both children over 2 years of age and in adults. According to research, epileptic patients who use CBD every day have fewer episodes as compared to those who don’t. Research suggests you need at least 5mg of CBD daily to help manage this condition, but only your health care provider can determine your optimal dose and safety guidelines. CBD works by acting on CB1 receptors, helping regulate electrical brain signals reaching the brain. Researchers thus believe CBD can help reduce epileptic seizures by up to 36.5 per cent.

Cannabinoids play a crucial role in helping your endocannabinoid system maintain homeostasis. Epidiolex, a CBD-based drug, has been approved by the FDA for treating two of the most severe forms of epilepsy. Researchers and scientists are also looking into ways to introduce cannabinoids into several other drugs as well.

Sativex, for example, is another cannabinoid-based drug that’s yet to be fully approved by the FDA. Thanks to the 2018 Farm bill, we might start seeing more of these drugs, as scientists uncover other ways cannabinoids might help our health. CBD-based products are, however, legal to buy and use in most States and are available in various forms, ranging from gummies, tinctures, vapes, and capsules. So we invite you to explore the range of products we carry in our online CBD store.