Home / Blog / Educational / A Closer Look at The CBD Industry

A Closer Look at The CBD Industry 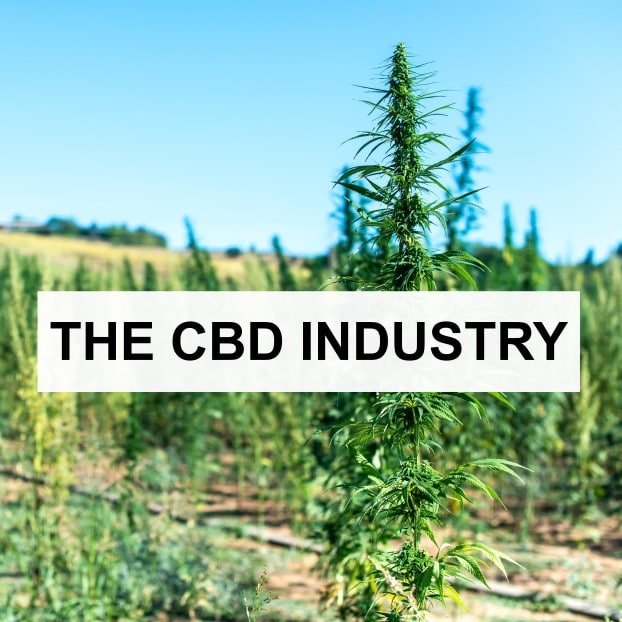 Just a few years ago, CBD was unknown to most people, but recently, the CBD industry experienced an unprecedented boom. To put it into perspective, projections have the hemp industry en route to turn into a $20 billion industry by 2022. But what brought about all this? What is CBD, and what does it have to offer? This read will delve further into the subject of the CBD industry.

Also known as cannabidiol, CBD is one of the many naturally occurring cannabinoids prevalent in the cannabis plant. Two of the common compounds in it are CBD and THC, also known as delta-9 tetrahydrocannabinol. They both have varying effects on the human body.

Until recently, tetrahydrocannabinol was the best-known chemical compound in cannabis due to being the one responsible for its psychological effects. When consumed, whether in edible form or smoking, it creates a mind-altering effect, often known as a ‘high.’ That’s because the compound breaks down in your stomach or when exposed to heat in the case of smoking.

On the other hand, CBD is not psychoactive, meaning it doesn’t change an individual’s state of mind once consumed. However, it can have substantial effects on the body, most of which are regarded as therapeutically beneficial.

Cannabidiol comes from the cannabis plant. Cannabis plants mostly classify either as marijuana or hemp, depending on how much THC they have. Under the 2018 Farm Bill, the FDA classifies hemp plants as legal as long as they contain no more than 0.3% THC.

Over the years, growers selectively bred marijuana in order to produce high levels of THC and other chemical compounds. However, hemp farmers don’t need to do so with hemp since it already has high levels of CBD and legally compliant levels of THC.

What are The Benefits of CBD?

CBD affects the brain receptors, thus affecting pain management. According to research, the compound has the potential to bring relief from symptoms brought about by:

CBD also seems able to assist in managing anxiety. It alters the way in which the brain’s receptors respond to serotonin, a chemical very linked to mental health. Also, various studies on animals show promising results in reducing anxiety by providing an overall sense of calmness to the user.

Researchers also looked into the CB1 receptors in the brain to learn how the compound can help people dealing with neurodegenerative disorders. These are conditions that result in the deterioration of nerves and the brain over time.

According to research, cannabidiol might have the potential to help deal with Parkinson’s disease’s symptoms, Multiple Sclerosis, and stroke.

When Did the Boom for CBD Happen? 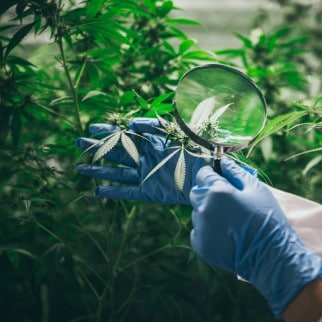 Cannabidiol is popping up in almost everything, from bath bombs to ice cream and even dog treats. It’s hard to overlook the speed at which the product evolved from stoner margins to the cultural center.

Just four years ago, not many were aware of CBD, but with today’s hype, it is almost as if everyone already boarded the bandwagon. According to the United States Department of Agriculture, land focused on planting hemp quadrupled in the past several years. But how did this boom happen so fast? The answer is two words – demand & decriminalization.

First and foremost, the 2018 Farm Bill made hemp cultivation legal three years ago. Thus, allowing farmers to start producing hemp plants, given they have less than 0.3% THC. Second, when the first cannabidiol products appeared, predominantly in pain-alleviation wellness products, they were massively successful.

As mentioned earlier, back in 2018, the FDA announced that hemp, the plant from which they derive cannabidiol, was no longer illegal. However, products containing more than 0.3% THC are still illegal by law. This new legal status is the reason you come across all types of CBD products both online and in brick-and-mortar stores. During the same year, the FDA approved a CBD-based drug known as Epidiolex, which treats rare forms of epilepsy.

Back in 2019, the agency issued stringent guidelines regulating CBD and even warned manufacturers that were in violation. Some of these violations include touting unproven uses or benefit, marketing it as a dietary supplement and for children. Also, the FDA released a statement stating that it has not officially assessed the efficacy of CBD products other than Epidiolex.

The History of the CBD Industry

Cannabis has been present for millennia, and mankind used it for medicinal reasons in one form or the other as far back as 2727 BC. However, in the western world, they grew it primarily for its fiber content. Hemp, the old English term for the cannabis plant, came to mean cannabis cultivated for that reason rather than medicinal or intoxication purposes.

In the American Colonies, hemp was a cash crop. After the Revolution, it was vital to the economies of places like Georgia and Virginia. In fact, the founding father wrote the initial drafts of the Declaration of Independence on hemp paper. The widespread hemp farming continued for over a century. From here, however, the history of hemp in the U.S became complicated.

American Hemp in the 20th century

Right after the turn of the 20th century, several activist groups fought to outlaw marijuana, the kind that has intoxicating effects. However, hemp production ultimately became a target as a result of racist propaganda and outright lies. Exemplified the belief that there’s no difference between hemp and marijuana and the disreputable film Reefer Madness.

This resulted in the Marijuana Tax Act of 1937. This meant that only hemp that saw approval and taxation by the government was legal for growing and selling. Unfortunately, this was just after researchers stumbled upon cannabidiol.

The U.S, under guidelines set by the Controlled Substance Abuse, considered drugs to have no medicinal value and a high potential for abuse under Schedule I classification. Drugs in this classification included heroin, LSD, peyote, and, unfortunately, all forms of cannabis. Due to this unfair categorization, researchers and doctors were almost unable to study or prescribe it. The stoppage of this product that so far showed promise as being effective and safe and ultimately hampered the CBD industry. However, this did not stop progress completely.

The discovery of the endocannabinoid system (ECS) and its connection to cannabinoids such as CBD was a flashpoint. Still, the social stigma surrounding marijuana use slowed any real progress from happening until the last decade. 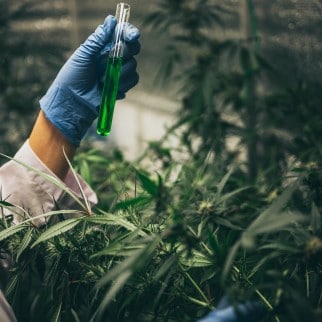 Thankfully, real progress did happen, and hemp is no longer classified as a Schedule I drug. Nowadays, there are numerous opportunities to start a business in the CBD industry. However, doing so entails all the hard work and effort required to start a conventional company. Also, one must be comfortable with the uncertainty of a changing regulatory landscape.

However, given the industry expectations to experience explosive growth, doing the heavy lifting today might be well worth it a few years down the line. Thanks to the 2018 Farm Bill, there are many doors open for a wide array of hemp-based products. But what do you need to start a CBD business? Other than the usual business name and plan, you should pay attention to the following:

Even though CBD oil doesn’t give psychoactive effects like THC, these two compounds are closely related. Enough so that the production and sale of cannabidiol are currently in a grey area legal-wise. Before you launch your CBD business, it’s imperative that you read up on both federal and state laws relating to cannabidiol products. This will help make sure your business operates smoothly and that you do not get into legal trouble.

You may need specific state licenses and permits in order to run a CBD business. You can learn more about this by visiting SBA’s reference to state permits and licenses.

The Future State of the CBD Industry

Currently, the CBD market has an estimated value of $800 million, and according to BDS Analytics, it will hit $20 billion in sales by 2024. This is without a massive surge, compared to other industries.

Needless to say, the world is becoming more open-minded when it comes to CBD and marijuana. Most people are turning to CBD products for stress management, pain relief, better sleep, etc. Many restaurants, local CVS stores, and gas stations are now selling them.

Some of the trends the CBD industry is currently experiencing include more CBD shops, both online and brick and mortar, more pharmaceutical CBD products as well as increased potency of CBD products. If all things continue down the path they all already heading, the future looks brength for the CBD industry.