THC vs TAC: An In-Depth Comparison 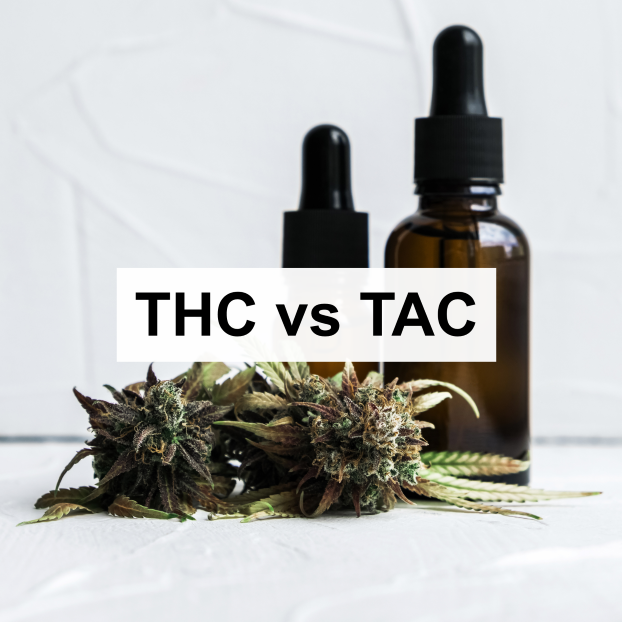 In case you did not know, it’s good to look at the chemical profile of the cannabis product you are about to purchase. Going through the chemical profile of a strain of cannabis has become second nature for many cannabis enthusiasts. After all, it’s only natural to want to know more about something you are passionate about. Luckily for them, manufacturers routinely take their products to independent labs for a certificate of analysis (COA) testing as part of their standard procedures. As such, they make this COA information readily available on a per-harvest-batch basis.

Standard information provided on the label will include the following:

Of course, not everyone will intuitively understand or care about everything on the label. The main concern for many consumers is the percentage of THC and CBD in that particular product. Far fewer people are concerned about the total active cannabinoids (also known as TAC). That’s unfortunate because, as enthusiasts know, these compounds influence your experience.

From here on out, we will delve into THC vs TAC, focusing on their similarities and differences. Next time you read a cannabis product’s label and COA lab test, you will be able to better understand what’s inside.

THC vs. TAC (Total Active Cannabinoids): What Are They? 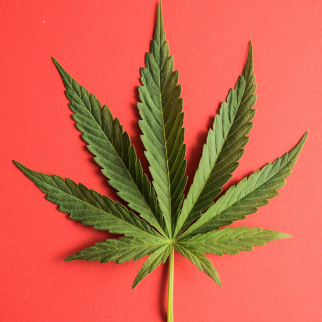 Total Active Cannabinoids, also known by the acronym TAC, is the total amount of active cannabinoids at the time of lab testing. Unlike pharmaceuticals that contain one active compound, marijuana contains a myriad of pharmacologically active molecules. They go under the categories of cannabinoids, flavonoids, terpenoids, alkaloids, glycoproteins, and some others. Estimates indicate that cannabis (marijuana and hemp) has more than 400 compounds of which over 100 are cannabinoids.

TAC is, thus, a measure of the percentage of active cannabinoids a cannabis product holds, with the major cannabinoids of interest being:

THC is short for tetrahydrocannabinol. In its active form, it is scientifically known as delta-9-tetrahydrocannabinol or delta-9-THC. This is the most abundant cannabinoid in marijuana plants. Additionally, it is the primary psychoactive compound that’s responsible for the “high” you get after consuming marijuana. Generally speaking, abundant THC levels will yield a more intense high than when THC concentrations are low.

The THC level denoted in most labels indicates the percentage of THC the product had during testing. In reality, however, the product’s potency may be different due to THCA (tetrahydrocannabinolic acid), a precursor to delta-9-THC. THCA is an inactive compound found aplenty within the trichomes of cannabis plants. This compound converts to THC, its active form, after undergoing the decarboxylation process. Total THC is calculated using both, THCA and THC measured in lab tests.

Decarboxylation is when THCA loses the acidic part of the compound’s molecular structure under heat. Thus, when THCA heats up, it will end up becoming THC, the compound that gets you euphoric when ingesting cannabis. Burning the plant, or smoking the flower (bud) is a form of decarboxylation that converts THCA into THC.

THC Vs TAC: Their Differences

TAC speaks to the chemical makeup and profile of any cannabis or hemp plant by listing all of its active ingredients. The Total Active Cannabinoids include and are not limited to; THC, CBD, CBC, CBG, and CBN. As such, TAC indicates the whole potency of the product. While THC is but one compound, TAC considers all of the active compounds that the final plant or product holds.

The main difference between THC and other TAC compounds is the different effects that those compounds individually yield. THC is the primary psychoactive cannabinoid found in cannabis plants that delivers a psychoactive effect. The reason why it has those effects has to do with its binding to the CB1 receptor of the endocannabinoid system (ECS), which is abundant in the brain. There is also a CB2 receptor, and cannabinoids are received through these receptors.

The percentage of THC as indicated in product labels indicates the amount of active Delta-9 THC in the product. But that is not the same as Total THC value. The Total THC indicates the product’s maximum potency taking into account other active cannabinoids. Total THC is, thus, a measure of the final potency of a product you get when you combine the active THC and the converted THCA.

The Relationship Between THC And TAC Compounds

The most significant relationship between THC and TAC compounds is CBD’s potential that may counteract THC psychoactive effects. Several studies indicate that CBD may offer antipsychotic effects. In this way, it could counteract the euphoria and anxiety induced by THC, or “balance” the euphoric experience. Thus, CBD might temper the effects of THC somewhat. Some studies suggest CBD is cannabis’s neuroprotective compound; if proven, that would mean it could help counteract potential adverse side effects of THC (usually over consumption of THC).

It is also important to note that some TAC compounds, such as CBG, are precursors to THC. CBG is sort of a “stem cell” type of molecule that develops in the stem of the plant. CBGA, the acidic form of CBG, can break down to form CBG, which itself later breaks down to form other cannabinoids, including THC. Keep in mind, the full scientific research of cannabinoids have not been able to be properly researched because of the prohibition on the plant internationally. Research is underway, and pharmaceutical companies should be leading this research.

How They Affect Each Other

As mentioned, CBD, one of the active cannabinoids, has been understood to counteract the psychotropic effect of THC. While CBD does not affect the THC compound, it does “soften” or “calm” THC’s psychoactive effect when CBD is consumed in sufficient amounts.

When individual cannabinoids are consumed each on their own, every cannabinoid yields a certain variety of effects. However, the presence of other natural plant compounds does ramp up the effect of the final product. Aside from interacting with other active cannabinoids, TAC compounds also interact with terpenes and flavonoids (taste and smell) to further enhance the final effect of a cannabis based product.

THC Vs TAC: Does One Benefit from The Other’s Presence?

We are yet to fully understand the synergistic interaction cannabinoids can have and the benefits they bring. There are many benefits to derive from taking full-spectrum products that contain most compounds from the cannabis plant. A better understanding of the synergistic interaction of the compounds helps consumers purchase products that deliver exactly what they look for, and why cannabis genetic owners name their plants. There are a few thousand versions of cannabis sativa L. plants. The low THC varieties are referred to as marijuana, and the low THC varieties are referred to as hemp. Individual cannabinoids can be concentrated when extracted, and when combined in concentrations those cannabinoids can deliver various effects. The research is ongoing, and one should consult their doctor if taking any prescription medication to ensure no adverse affects.

While we have a relatively good understanding of THC and CBD’s general effects, we still need human clinical trials and funded research on most of the other cannabinoids. The research body and knowledge of most TAC compounds are limited at best. Pharmaceutical companies should be leading this research for the betterment of mankind.

That said, below are some examples of how to use cannabinoid compounds to determine the total active compounds in cannabis products.

Perhaps the most renowned and most sought-after cannabinoid after THC. CBD recently received a lot of interest in the media, because it can be found in low THC versions of cannabis. It is the second most abundant active ingredient and, thus, makes up a large proportion of the TAC’s measures. Crucially, the compound is non-psychoactive, unlike THC. As such, it does not make you high but may still deliver effects with potential therapeutic benefits. Potential benefits are not enough for a doctor to prescribe, because cannabinoids are found naturally in cannabis plants – just like most dietary supplements are found naturally in plants.

Although this compound first appeared 50 years ago, we are yet to fully understand its benefits. However, we know that, like THC and CBD, CBD derives from cannabigerolic acid (CBGA). CBGA converts to CBCA before finally converting into CBC. Early research by scientists are just now exploring what these concentrated versions of cannabinoids are, and what they do when ingested.

CBN comes from the oxidation and decomposition of THC molecules. The concentration of CBN increases as the cannabis plant ages. This is because of cumulative exposure to oxygen and heat from the environment.

CBG is non-psychoactive and may potentially decrease the psychoactivity induced by THC, just as CBD may. This allows cannabis users to enojy THC without experiencing intense highs that might impair them.

This is another non-psychoactive molecule found in cannabis plants. When isolated, it does not cause the characteristic euphoric high associated with THC. Discovered some 50 years ago, we are yet to understand CBDV fully.

In addition to individual benefits, all the cannabinoids classified under TAC yield the entourage effect when used together. As such, they may be more effective together than THC or any other cannabinoid might be on their own.

THC Vs TAC – The Takeaway

When we talk about THC vs TAC, we are not talking about one compound versus the other and which is better. We are talking about one compound on its own against a whole lot of compounds combined. The TAC levels as determined from a COA lab test provides a more insightful look into the cannabinoid product at hand. When it comes to THC specifically, it can point out the full extent of the strength the THC has on a particular product. THC by itself vs. THC when combined with other cannabis plant compounds has been known to deliver different effects to the end user.

THC vs TAC: An In-Depth Comparison

What Is Delta 9 THC And Where Is It Legal?