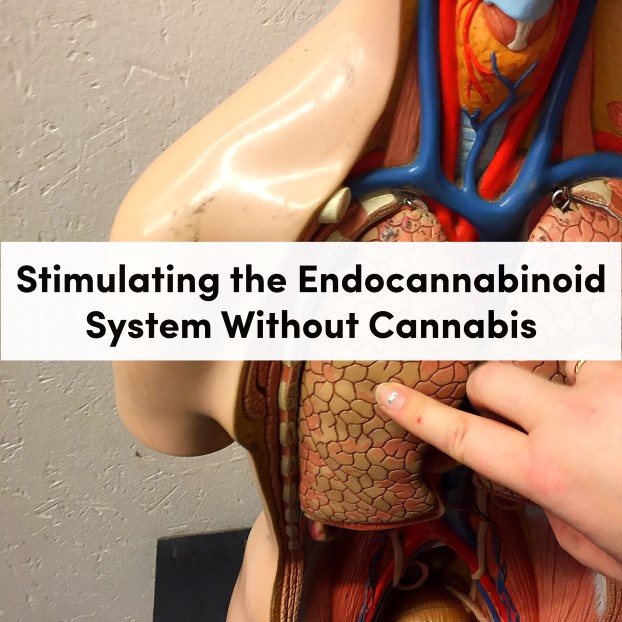 Numerous studies have touted CBD oil and medicinal marijuana for their therapeutic efficacy. From pain management to reducing anxiety and many things in between. It’s no wonder the buzzy products are showing up in so many different industries, from beauty to the health industry.

With CBD popping up everywhere – from edibles to oils – the health world has whipped itself into a frenzy over cannabis. The potential benefits of cannabis-derived products act as the engine propelling all of it. But while medicinal cannabis may be a darling of the wellness world, it’s far from the only way to stimulate and support the body’s endocannabinoid system.

But, uh, what is the endocannabinoid system, and what is it supposed to do? Read on to find out.

What Exactly is The Endocannabinoid System? 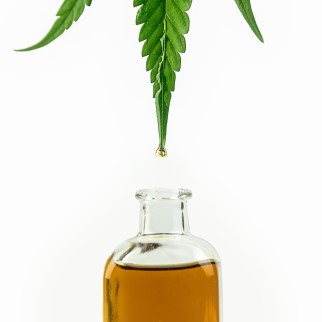 To understand how to stimulate and boost the body’s endocannabinoid system, one must first grasp its inner workings. So, what exactly is the ECS?

The endocannabinoid system (ECS) is an essential regulatory system within the body that works to promote homeostasis. While this system is a relatively new discovery, it is known that the ECS consist of metabolic enzymes, endocannabinoids, and cannabinoid receptors. All of which work together to regulate several essential body functions, including:

Here’s a brief look at the three primary aspects of the ECS:

The body naturally produces two main types of endocannabinoids, namely, Arachidonoylglycerol (2-AG) and anandamide. These endocannabinoids bind to their corresponding receptors and send signals that help regulate physiological functions such as inflammation and sleep.

The ECS also has a series of cannabinoid receptors designated CB1 and CB2. CB1 receptors are located around in the central nervous system. On the other hand, CB2 receptors are dominant in the body’s peripheral system, including the skin, immune support, muscles, and other organ structures. Upon binding, the cannabinoid activates the receptor they attached to, triggering their therapeutic effects.

On an interesting note, THC is the other famous cannabinoid found in cannabis. THC is known to attach to CB1 receptors; these receptors are dominant in the central nervous system. This interaction will create a euphoric high, which is the signature of cannabis use. On the other hand, unlike its cousin, CBD does not necessarily bind to CB1 or CB2 receptors. Instead, it can act as a modulator, changing how these receptors work without necessarily binding to them.

Enzymes in the ECS ensure that endocannabinoids are appropriately used and broken down once they are no longer needed.

Do You Need External Cannabinoids?

But for those whose ECS is already in a state of homeostasis? External cannabinoids are not necessary. Working to promote a healthy ECS that produces adequate endocannabinoids is enough for these people – and sometimes even a superior option.

It’s crucial to note that external cannabinoids are like vitamin supplements. You don’t need to have a deficiency to take them. They provide a supplemental effect, which is still an excellent way to activate the endocannabinoid system and enjoy its benefits.

Natural Ways of Stimulating the Endocannabinoid System Without Cannabis

Most people don’t realize that the body can produce its own cannabinoids. That kind of cannabinoids are endocannabinoids (‘endo,’ meaning they come from within the body).

Phytocannabinoids’ potential benefits are plenty. Still, stimulating and supporting the body’s endocannabinoid system doesn’t mean getting baked or turning to cannabis products. There’s a much better way to do so without the psychoactive, impairing effects associated with the marijuana leaf. So, if you’re looking for a solution to help you with stimulating the endocannabinoid system without cannabis, here’s a primer on natural ways that can help:

Looking for a way to boost your ECS? Look no further than what you eat. Yes, partaking in the right diet can not only stimulate but also promote a healthy ECS. Essential fatty acids, herbs, tea, chocolate, and spices can naturally boost the endocannabinoid system. 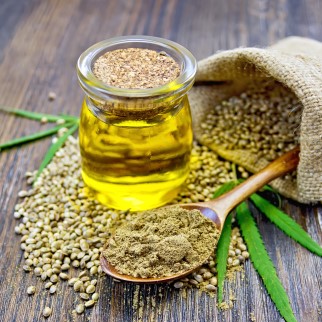 These are fatty acids that the body needs but cannot make. These fatty acids are necessary to produce the healthy fats which your body runs on.

You can find fatty acids in:

Several teas, herbs, and spices contain compounds known to enhance the activity of the ECS. For instance, tea is rich in catechins. According to research findings published in the journal Phytomedicine, catechins found in tea can promote the ECS by binding to CB1 receptors. Also, herbs like oregano, cloves, cinnamon, black pepper, and hops are rich in terpene beta-caryophyllene, which helps stimulate CB2 receptors.

You’d be pleased to learn that chocolate can stimulate and promote a healthy ECS – but only dark chocolate!

Cocoa powder has compounds similar to those of the ECS. These compounds can inhibit the destruction of endocannabinoids by metabolic enzymes resulting in an increase in endocannabinoid levels.

Some activities present several health benefits and advantages when it comes to living a healthy and holistic lifestyle. But there’s a connection between the endocannabinoid system and physical activities. Mainly related to endogenous cannabinoid anandamide production.

According to research, exercise can increase anandamide levels, which in turn boosts the CB1 receptor sensitivity. Besides, exercise goes a long way in reducing stress, which can minimize endocannabinoid levels.

Below are some activities that can enhance the endocannabinoid system:

Some activities and lifestyle choices contribute to the development of endocannabinoids. Studies have shown that things like alcohol, DiNP (used in many plastic products), and some pesticides disrupt the endocannabinoid system.

One should avoid these blockers and, if possible, choose organic alternatives when available.

Soaking up the sun won’t just boost your vitamin D levels. According to a recent study, spending about fifteen minutes in the sun every day while wearing sunscreen promotes nitric acid activity in the body. Thus, increasing 2-AG levels enhances CB1 receptors.

According to research data, exposure to cold does help stimulate the ECS by increasing the density of CB1 neurons.

6. Nurture the Endocannabinoid System With CBD

For a boost in ECS activity and a growing sense of well-being, try CBD. While CBD comes from industrial hemp, it is non-intoxicating.

According to several studies, CBD enhances the endocannabinoid system by making it harder to activate and over-activate CB1 receptors bringing about numerous benefits in maintaining health and wellness. CBD also helps inhibit the breakdown or destruction of endocannabinoids in the body.

CBD is available in myriad forms, such as CBD capsules, topicals, CBD oil, and even edibles. Each one offers different advantages depending on what you look for.

Stimulating the Endocannabinoid System Without Cannabis – The Takeaway

That said, research on the endocannabinoid system is still ongoing. Scientists are currently still learning more about it. Researchers continue to study the ECS and identify even more foods, plants, and ways that could support its function. Identifying new sources of external cannabinoids could drastically change the game. Meanwhile, you could do your best to incorporate the above foods and practices into your daily routine to support and enhance your ECS. Taking steps in your routine to boost your endocannabinoid system is something you can and should do every day. 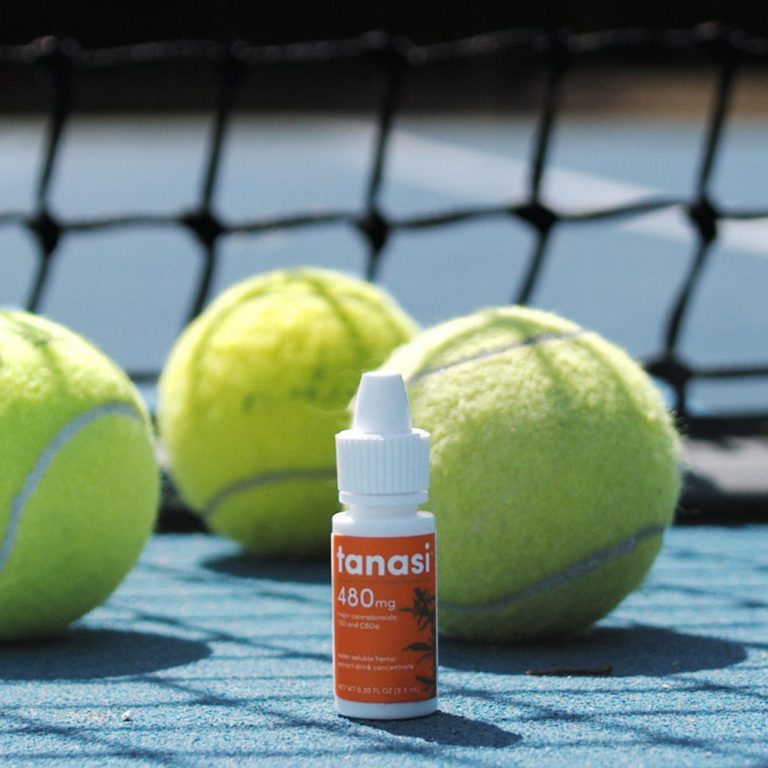