Is CBD Ok For Dogs To Take? 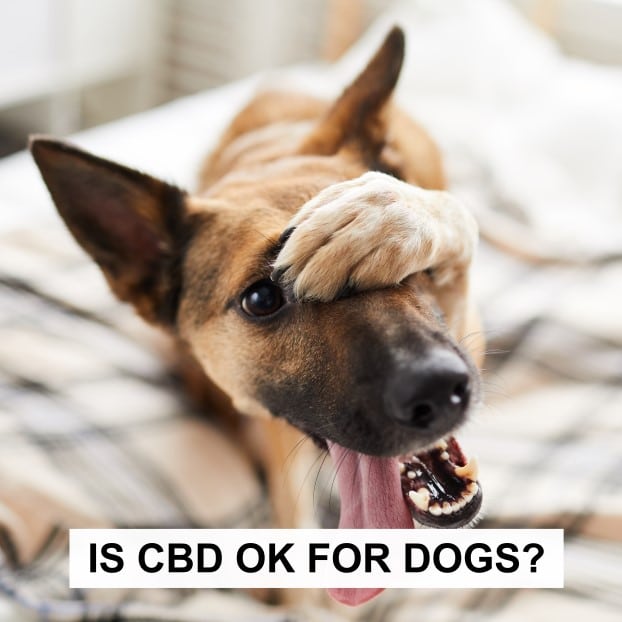 Is CBD ok for dogs? As a dog owner, you may have heard about CBD and its outstanding potential benefits for humans. However, the topic of whether CBD is excellent and safe for dogs is another thing entirely. Some dog owners claim it helped their pets with some very specific medical conditions. Others are understandably hesitant to use it since CBD comes from the cannabis plant and the last thing they would want is their dog getting high. However, CBD is actually non-psychoactive; hence it will not make your dog high. So, is CBD safe for dogs at all? What are the benefits and the side effects? If you want answers to these and more, read on.

These are naturally occurring compounds found in the Cannabis Sativa plant and also in the human body. The plant has more than 480 different compounds, with 100+ of them being cannabinoids. Cannabinoids found in plants go by the name of phytocannabinoids. The most well-known one is the delta-9-tetrahydrocannabinol (THC), with the second one being cannabidiol (CBD). They both make up about 40% of the plant extract in some varieties of cannabis. The main difference between the two is that THC is psychoactive. Hence it will make you high. On the other hand, CBD is not and actually has an anti-psychoactive effect that might soften up THC effects if taken beforehand. 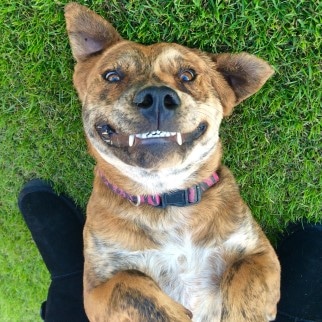 CBD, short for cannabidiol, is a compound found in the Cannabis Sativa plant. According to both scientific and anecdotal evidence, it might help provide relief from:

CBD is a natural compound; it does not come with the side effects most prescription medications for those conditions cause. Thus, it is in the process of becoming a better alternative to the pharmaceutical drugs that some health and wellness enthusiasts now seek to avoid. CBD comes in many, many presentations like pills, oils, chews, and treats, making it very versatile. The best thing about it is that it is non-psychoactive. Thus, if you were to give it to your dog, it would not get them high. Now, is CBD ok for dogs? Let’s take a look at how that works.

Like humans, dogs have an endocannabinoid system (ECS). This system helps regulate bodily processes such as appetite, sleep, pain, stress, inflammation, and the immune system. The phytocannabinoids found in CBD can mimic the body’s endocannabinoids. Thus, they can communicate with the CB1 and CB2 receptors just as well and deliver some therapeutic effects. Also, CBD encourages the body to produce more of its own endocannabinoids, further promoting balance in it. This helps keep the body at its normal and healthy state. Just like CBD works for humans, it will work for dogs as well, using the same system as its mechanism.

There is still no definitive scientific data to back CBD usage on dogs and its effects. However, there’s a wealth of anecdotal evidence from dog owners that show the numerous benefits of CBD for dogs. Many are keen to point it its supposed effectiveness in dealing with pain and seizures.

Research on CBD for dogs still lags, but there are many early indicators that more might be on the way. Since official evidence is lacking, it’s better to consult your veterinarian before giving CBD to your dog to avoid any issues. One other problem is that the FDA not yet approves of using CBD for dogs, so there’s no official recommended dose.

So, while your veterinarian might not give you a prescription for it, they can assess the health of your dog and tell you if giving them CBD is advisable. The rest is on you. Even in states where CBD is legal, healthcare providers can only prescribe it to people but not pets. 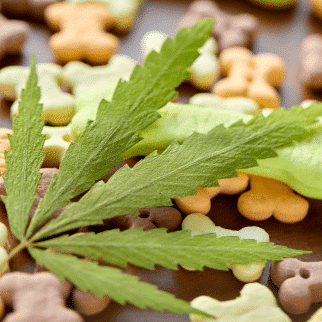 Research done on humans and CBD noted that it effectively dealt with pain and anxiety. It also had success helping treat epilepsy and irritable bowel syndrome. In 2018, a study sought to assess the anti-pain, anti-inflammatory, and safety properties of CBD in dogs suffering from osteoarthritis. The dogs got doses of 2 or 8 mg per kg of body weight. The study saw that 80% of the dogs showed an improvement in their mobility and reduced pain, based on the Hudson activity scale and canine brief pain inventory. However, since a CBD producer funded this study, it might not be very objective. So, is CBD ok for dogs?

In 2019, another study conducted on epileptic dogs found that they had fewer seizures with the administration of CBD. This was in comparison with those who got a more traditional seizure-reducing medication.

While these studies show the medicinal potential for CBD in dogs, more research is still needed on the subject. The other effects of CBD on dogs include:

Pet owners with dogs afraid of thunderstorms reported improvements by giving them CBD. Anxiety occurs in different forms, including fear, aggression, noise phobia, and even separation anxiety. A 2012 research studied stress in rats exposed to cats. It noted that the rats that got regular doses of CBD showed less anxiety than those that got only a single dose.

For many people, CBD works as a great pain reliever, from nerve pain to even arthritis, without any harmful effects compared to pain medications. This happens as CBD binds to the CB1 and CB2 receptors in the brain and nervous system. By doing so, it changes the way the dog’s brain perceives pain. Also, it helps manage other symptoms that might accompany pain like nausea and insomnia.

If your dog is also suffering from joint problems, CBD may be of great help instead of the NSAIDs that the doctor may prescribe. This is because these drugs cause a deterioration of the joints and soft tissues in the dog’s body and can even damage their liver in some cases. CBD is anti-inflammatory. It will bind to the CB1 receptors to stimulate the immune system and reduce inflammation. It also binds to the CB2 receptors, which leads the body to produce more of its cannabinoids. Finally, it also helps reduce inflammation faster and, thus, may reduce pain.

Estimates say that around 5% of dogs suffer from seizures. Several issues can cause seizures in dogs. For example, in idiopathic epilepsy, CBD might help reduce the seizure frequency in dogs. According to a study by Colorado State University, there were promising results on the effect of CBD on dogs with seizures. 89% of the dogs that got CBD had a reduction in their seizure frequency. For epilepsy and seizures, most vets treat them with antiepileptic drugs. However, these drugs might have side effects that are very harmful to the dog’s liver and other organs.

Around 50% of adult dogs get cancer. This is a worrying static for every dog owner. There is also no direct research on CBD and its effects on cancer in dogs. However, a 2-year research study done by the National Cancer Institute on mice showed that cannabinoids might protect against cancerous cells in the liver, lungs, testes, mammary glands, and pancreas. The cannabinoids diminished the tumor cells and protected their nontransformed counterparts from death.

At Which Dosage Is CBD Ok For Dogs?

According to the 2018 study done on dogs with osteoarthritis, it was noted that the most effective dosage was 2mg per kg of weight.

It is crucial to note that every dog is unique and will respond differently. Therefore, always start with a small dose. Then, monitor how your dog reacts to it. You can then adjust from there accordingly. However, most products will give you a recommended dosage that you may follow. The FDA does not approve CBD, so there is no dosing chart for it. Therefore, always start with small doses and exercise caution.

Is CBD ok for dogs? CBD shows much potential to help deal with numerous issues in dogs, according to dog owners enthusiastic about CBD. However, there is still very little research on the subject. It is always recommended to talk to your vet and listen to their advice. They will help point you in the right direction, even though they are legally limited when it comes to CBD. CBD is safe for most dogs when taken in the right doses and with the right products. When buying it, make sure that you purchase from a high-quality manufacturer that does third-party testing. Also, monitor your dog to see how they react to it in order to have smooth, satisfactory treatment.

Related Posts in CBD For Dogs 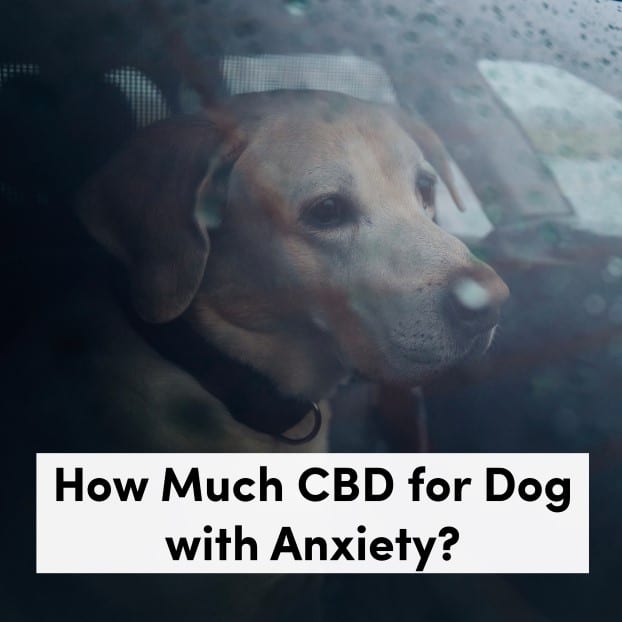 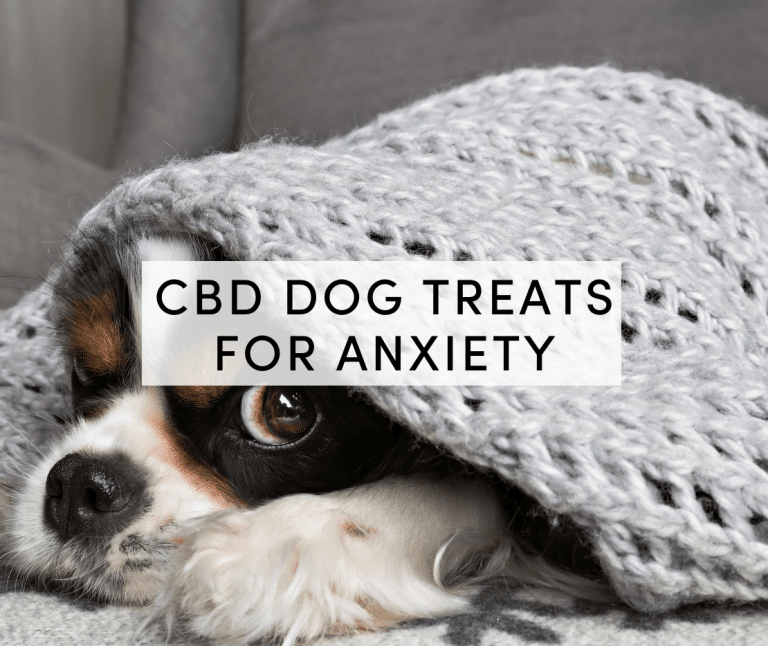 Calming Treats for Dogs: Could CBD for Anxiety Help Calm Your Pup? 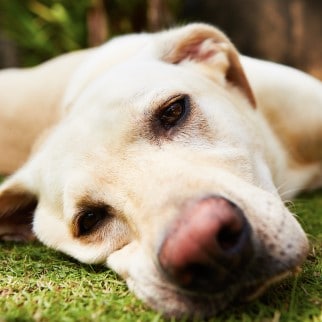 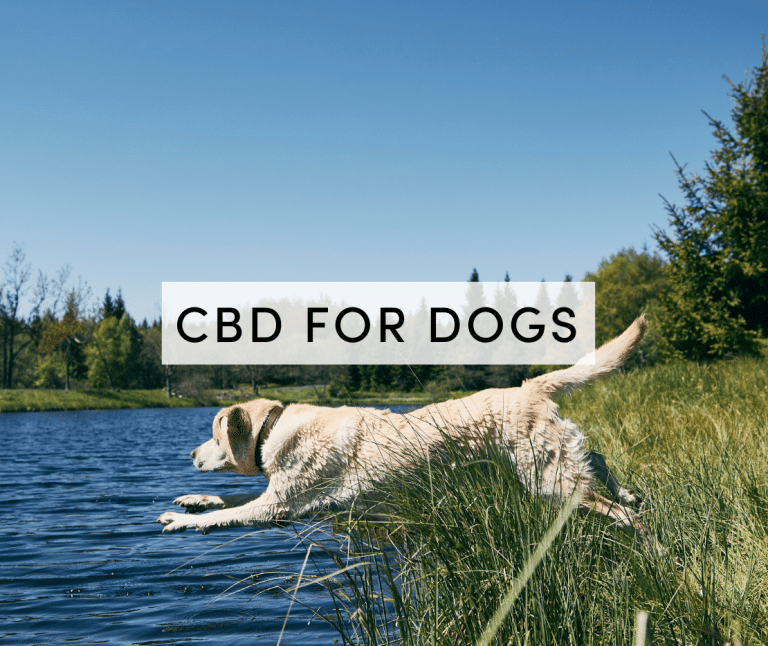 How Much CBD Can I Give My Dog?