How To Extract CBD From Hemp 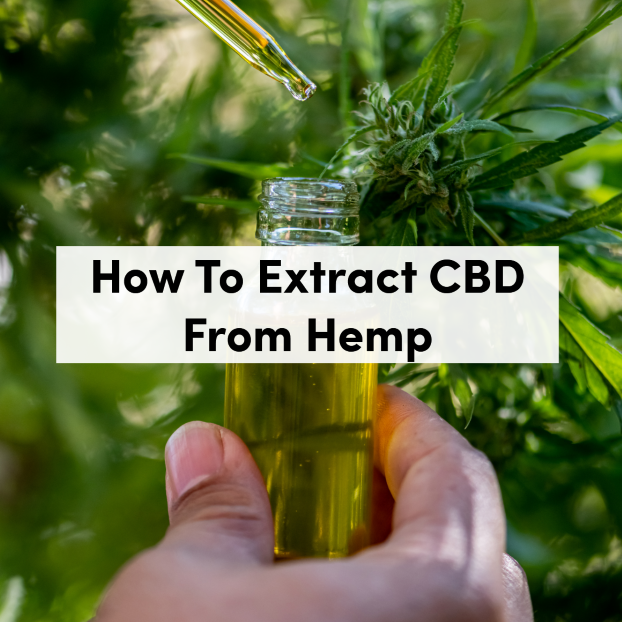 Most people already know where CBD comes from, for most sources that mention the word CBD is never far from the word ‘hemp’. But just how is it that manufacturers make this product? What transpires in the in-between where it goes from inside the cannabis plant to the product you buy? What does it actually take to take it out and transform it into something ready for consumption?

Well, all CBD products have CBD oil, an extract from the industrial hemp plant, in them. No wonder virtually all of them have ‘hemp-extract’ written somewhere on the label. After extraction, manufacturers generally take the CBD oil and infuse it into whichever would be its final form. That’s how you get CBD gummies, tinctures, vape oils, topicals, capsules, etc. But what is the method or methods involved? Read ahead to find out. 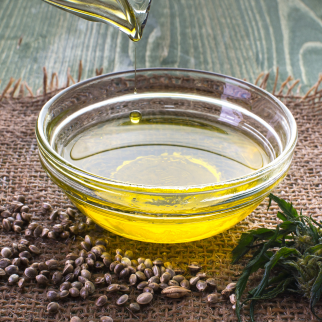 Cannabidiol, more widely known by the shorthand CBD, is one of the many compounds or found in the Cannabis plant. It is actually the second most prevalent compound in them; THC, or tetrahydrocannabinol, is the most prevalent. THC is the most famous among them due to its particularity of being psychoactive and the whole reason you get high from cannabis. CBD, on the other hand, became famous more recently because it does not get you high. What it does do, however, it offers you a myriad of therapeutic effects while, again, not getting you stoned.

Currently, we know that when introduced to the body, cannabidiol interacts with the endocannabinoid system (ECS). The ECS is a complex network tasked with handling many vital bodily functions, these include:

CBD’s interaction with the ECS can actually trigger potentially therapeutic effects related to some of those functions. The compound synthesizes in the female hemp plant’s trichomes like other cannabinoids, flavonoids, and terpenes do. The need to create CBD products that retain the most CBD while removing THC is the reason why extraction methods are so important. The extraction method a manufacturer uses and how proficient they are at using it can make or break the product.

How to Extract CBD – The Different CBD Extraction Methods

Let’s have a closer look at each.

Here, the steam applied will cause the CBD to separate from the cannabis plant. The manufacturer encloses the raw material in a glass flask with both an inlet and outlet. The inlet connects to another glass container under a plant flask, which contains water set to boil. The outlet, on the other hand, connects to a condenser tube.

Steam distillation is a tried and tested method used to extract essential oils for decades. However, compared to other methods like CO2 extraction, it remains quite inefficient for CBD extraction. It requires a substantially larger amount of cannabis plants. It is also harder to extract precise amounts of cannabidiol concentrate with this technique.

Also, there’s an element of risk with steam distillation. If the steam becomes too hot, it can spoil the extract and even change the chemical structure of the compounds it contains.

This technique utilizes supercritical CO2 technique to separate CBD from the hemp plant. Supercritical refers to the carbon dioxide containing the properties of both a gas and a liquid state. This method sometimes goes by the name of Supercritical Fluid Extraction or SFE.

During carbon dioxide extraction, a series of pumps and pressurized chambers expose CO2 to low temperatures and high pressure. Thus, leading to an extracted product with a high concentration of CBD.

While carbon dioxide extraction does require expensive equipment, it’s the gold standard for making CBD products. It is not only safe and efficient, but it produces high concentrations of CBD, as much as 92%.

Also, the exact nature of carbon dioxide extraction makes it ideal for making specific CBD oil concentrations. Manufacturers can easily adjust the pressure and solvent ratios in order to get the desired CBD concentration.

Also, the CO2 extraction method can make other products apart from CBD oil like extract essential oils to elaborate perfumes.

This technique follows a very similar process to steam distillation. However, it employs solvents rather than water to separate CBD from the plant material. The process results in a mixture of the CBD plus the solvent. Then, the solvent undergoes evaporation, leaving behind pure CBD oil. This extraction method uses either natural solvents or hydrocarbons.

It happens to be more efficient and less expensive compared to steam distillation. However, the solvents used in these processes are butane, propane, petroleum, or naphtha. Thar is a cause for concern. The residue created might very well be toxic and increase the risk of cancer. It is paramount to completely remove it during the evaporation stage. A few studies have found traces of naphtha or petroleum hydrocarbons residue in CBD products made via solvent extraction.

To avoid said risk, some manufacturers choose natural solvents instead, like ethanol or olive oil. They are just as effective at extracting CBD oil minus the risk of toxic residue. Even so, natural solvent extraction does have its flaws. When using solvents like ethanol is can also result in the extraction of chlorophyll. Thus, leading to an unpleasant taste in the CBD oil. It might not be a big deal when used in topicals or capsules. Yet, most CBD products are inhaled or eaten; the bad taste would make them harder to sell.

However, a more significant issue with natural solvents is that they might not evaporate well. That will lead to a product with a lower CBD concentration compared to other forms of extraction.

How to Extract CBD – Which is the Best Extraction Method?

As mentioned, each method has upsides and downsides. However, carbon dioxide extraction is one high-quality manufacturer go for. Even if it is the most expensive, it gives out the highest CBD concentration on a consistent basis resulting in a high-quality product. Also, the safest extraction techniques since it do not leave neurotoxic residue behind. In summary

When buying CBD oil products, you would want to know which extraction method the manufacturer used. That can be a pivotal indicator of the quality of the product. CBD products that use carbon dioxide extraction may be more costly, yet, they also tend to be of high-quality. Products made using other extraction techniques might also be safe and high-quality, yet, there are more chances they aren’t. CBD products made using hydrocarbon extraction may have solvent residuals. Steam distillation, on the other hand, is lower risk, but it can produce inconsistent or lower concentrations of CBD. Thus, it might affect the value per milligram of the product.

How to Extract CBD – What Happens After Extraction? 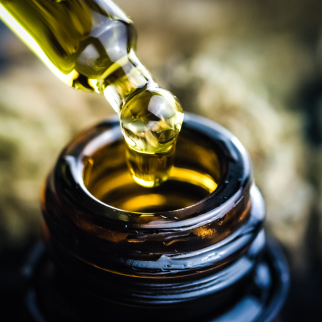 The resulting product is a full-spectrum CBD because it still contains other cannabinoids, including THC, CBDA, CBDV, etc. As long as the CBD oil product comes from industrial hemp, the THC amount will always be no higher than 0.3%. That is what makes it legal for consumption in the United States.Full-spectrum CBD oil ideally contains other favorable elements from hemp, including amino acids, flavonoids, and terpenes. Most people opt for full-spectrum CBD products due to the so-called entourage effect. Enthusiasts believe that CBD delivers more potent effects when still mixed with the other cannabinoids.

However, some users would rather have zero THC in their CBD oil rather than just below the 0.3% legal limit. These people can opt for CBD isolates. To make CBD isolates, the extract undergoes cooling. Later, it undergoes further purification to make a crystalline isolate form. This results in a flavorless, white powder that only contains CBD. It has effectively zero THC traces, and it’s cheaper per milligram. Lastly, once manufacturers obtain CBD oil proper, they can bottle and sell on their own or add it somewhere to make other products. That’s how you get such a wide variety of products labeled CBD to enjoy. 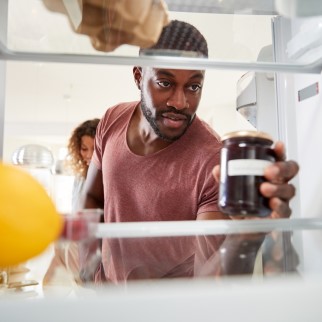 Does CBD Oil Expire: Important Facts You Need to Know 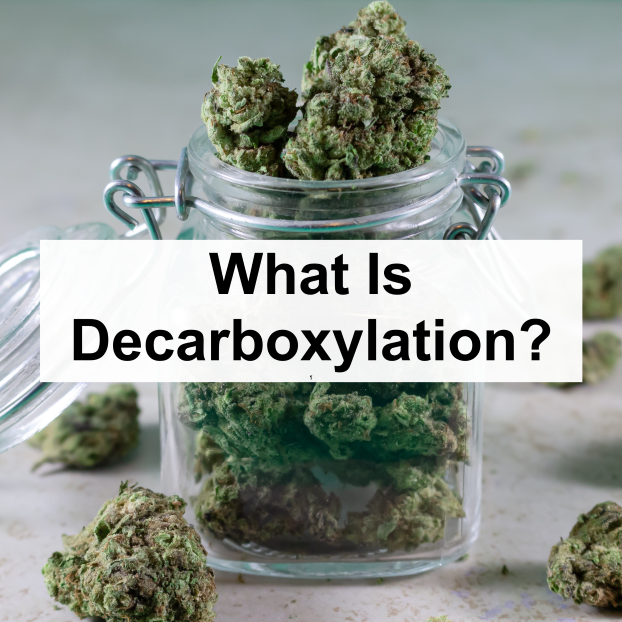 What Is Decarboxylation of THCA? 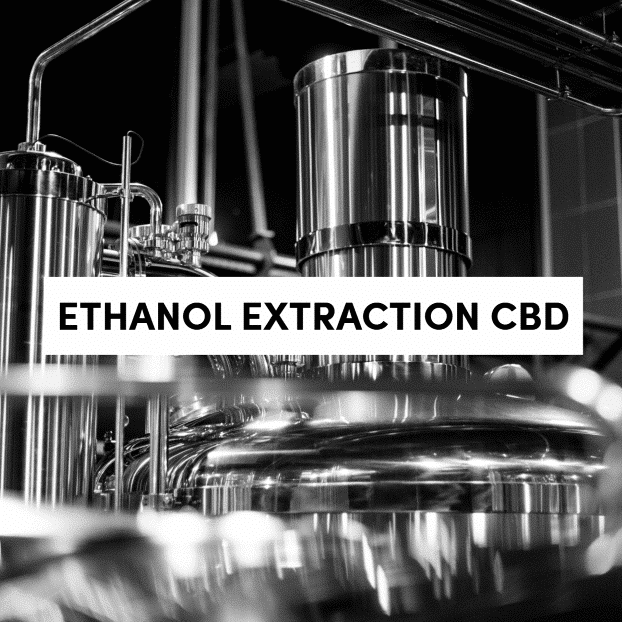 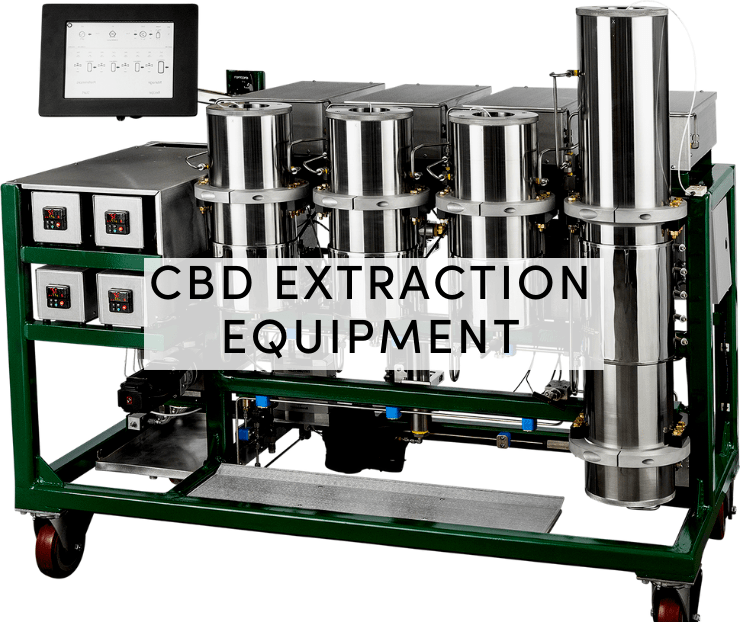 The CBD Extraction Equipment That’s Right for the Job