Home / Blog / CBD Treatment / How Does CBD Help With Nausea From Chemotherapy?

How Does CBD Help With Nausea From Chemotherapy? 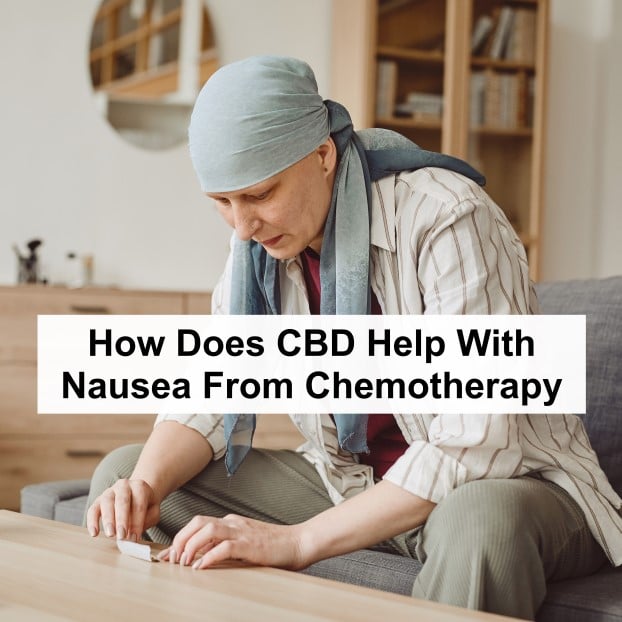 CBD or cannabidiol is a compound extracted from the cannabis plant that both researchers and lots of regular people claim has therapeutic effects. This compound belongs to the cannabinoid family of compounds that are present within all cannabis plant varieties. It is also just one of 113 cannabinoids researchers managed to identify so far. For this article, we will focus on just exactly how does CBD help with nausea, especially that stemming from chemotherapy treatments.

The ECS has two kinds of receptors, the CB-1 and CB-2 receptors. CB-1 receptors are primarily in the brain and also in the spinal cord, endocrine glands, and some other organs as well. CB-2 receptors, on the other hand, are across the immune system and the spleen. CB-1 receptors regulate certain types of brain functions. Meanwhile, CB-2 receptors play a role in regulating pain sensation and inflammation response.

Cannabinoids bind with or interact perimetrically with these receptors. They either inhibit or encourage the production or release of other chemicals or hormones in the body. CB-1 receptors regulate the release of neurotransmitters, chemical orders to perform certain bodily functions. CB-2 receptors regulate the immune system to either decrease or increase response to injury, illness, or disease.

What Is CBD And Where Does It Come From?

CBD (cannabidiol) is a cannabinoid that apparently is responsible for many of the reported therapeutic effects of the cannabis plant. It provides those potential health benefits without the psychoactive effects most people believe are synonymous with cannabis. Psychoactive effects refer to the feelings of euphoria or getting “high” or “stoned” often experienced by marijuana users.

Manufacturers commonly extract CBD from the hemp plant due to it having high concentrations of it. Another big reason it’s that hemp, conveniently, has a negligible amount of THC in it. In order to be legal in the USA, CBD and CBD products must have a THC content of less than 0.3%. That is precisely the average concentration of THC normally present in hemp.

What Are the Health Benefits Of CBD?

There are quite a number of supposed health benefits that many people claim CBD has. However, do note that most of the research findings are from animal studies. This is largely due to the recent legalization of hemp. Until now, clinical or human trials say limitations due to the classification of hemp as a Schedule 1 controlled substance.

To date, the only CBD-derived drug officially approved by the FDA is Epidiolex for certain rare forms of childhood epilepsy. The drug successfully treats seizures which proved to be resistant to other drug treatments.

Apart from treating some types of seizures, CBD is allegedly helpful when dealing the following health conditions:

Now, just how does CBD help with nausea, especially for chemotherapy patients experiencing it chronically?

What Is Nausea and What Causes Nausea?

Nausea is the sensation of wanting to vomit. It may be accompanied by vomiting and may not be alleviated by vomiting. In other words, feelings of nausea can continue even after vomiting.

The sensation is a defense mechanism that tells the body that it is sick or prevents it from getting sick. For example, certain odors may cause nausea. These odors are to warn against ingesting food or other items that are toxic or rotten and could result in illness. Vomiting is the body’s way of getting rid of poisonous or rotten food that is causing illness.

Nausea is therefore controlled by the brain rather than the stomach or digestive tract, which is the common belief. The sensation of nausea is the result of the release of certain neurotransmitters in the brain that tell the body to avoid rotten or toxic substances.

How Does CBD Help with Nausea?

There is considerable scientific evidence suggesting that regulation of the ECS can reduce the sensation and urge to vomit. The research saw both animal subjects as well as cancer-afflicted human patients undergoing chemotherapy.

So, how does CBD help with nausea?

CBD appears to be effective in interacting with the endocannabinoid system in order to suppress nausea and vomiting. The anti-nausea, or anti-emetic, the effect of CBD might be mainly because of the somatodendritic 5-HT1A receptors in the dorsal raphe nucleus. This basically results in the decreased release of 5-HT to inhibit the reaction of the 5-HT receptors in the forebrain, which is the origin of the sensation of nausea.

This regulatory action of CBD appears to be specifically successful in treating nausea and vomiting in cancer patients undergoing chemotherapy.

As mentioned above, nausea is the brain’s way of telling the body to avoid toxic substances. Chemotherapy is toxic, and when introduced into the body, the brain tells the body that something poisonous just entered. Thus, it seeks to force you to expel it through vomiting. Vomiting commonly accompanies nausea in chemotherapy patients as the body reacts to the toxic substance.

Nausea and vomiting are one of the most common side-effects of chemotherapy and are often very distressing for patients. It is not precisely because of the chemotherapy itself but rather the response of the brain and the immune system to the toxins. Inhibiting this response can reduce and even prevent the sensation of nausea and, therefore, vomiting.

How Does Medical Marijuana Treat Nausea and Vomiting in Chemotherapy Patients?

Medical marijuana contains much THC, and it is actually effective at reducing nausea and vomiting in chemotherapy patients. Yet, the downside is that it is also primarily responsible for the psychoactive properties of marijuana.

Marijuana and THC act differently to CBD in the way in which it suppresses nausea and vomiting. THC mainly interacts with the CB-1 receptors in the endocannabinoid system. CB-1 receptors are primarily responsible for regulating the release of neurotransmitters in the brain. Thus, they either inhibit or encourage the release of certain chemicals or hormones in the body.

In the case of treating nausea and vomiting specifically related to chemotherapy side-effects, THC is effective at blocking the 5-hydroxytryptamine (5-HT) receptor in the brain. This is the receptor that has been directly associated with nausea, retching, and vomiting. Blocking the receptor or the neurotransmitters responsible for activating the receptor is an effective way of preventing nausea. Research findings suggest that nausea and vomiting saw suppressions of up to 70% of patients receiving chemotherapy for the first time through THC. Marijuana contains both CBD and THC for the treatment of nausea and vomiting. Do note that when using marijuana, patients might experience psychoactivity, which not everyone finds pleasant. 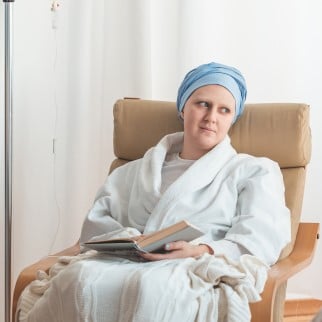 How Does CBD Help with Nausea And Why Is It Better Than Medical Marijuana For Nausea And Vomiting In Chemotherapy?

CBD is a preferable option for nausea and vomiting in chemotherapy patients is because it’s non-psychoactive. Although feelings of euphoria may not seem like a negative side-effect, there are other ways in which THC affects the brain that is not beneficial. A lack of focus and concentration, lethargy (tiredness) as well as a dulling of the senses results in reduced functioning.

In addition, THC may actually cause nausea in some patients. The strong odor of marijuana, which contains THC, may result in the brain actually triggering nauseating sensations. Some people cannot stand the odor or the taste of marijuana since its sort of an acquired taste.

CBD, on the other hand, has few side-effects, which are relatively mild. The cannabinoid is safe for use. THC, in contrast, can result in an elevated heart rate which may result in a heart attack or stroke when used excessively or in high doses.

CBD is also legal in most states as long as the products contain less than 0.3% THC. Although in some states, marijuana is legal while in other states, only medical marijuana is available for registered patients. There are a few states where the substance remains completely illegal.

If you are planning on using CBD against nausea, check your state’s laws first to see if it is indeed legal there. 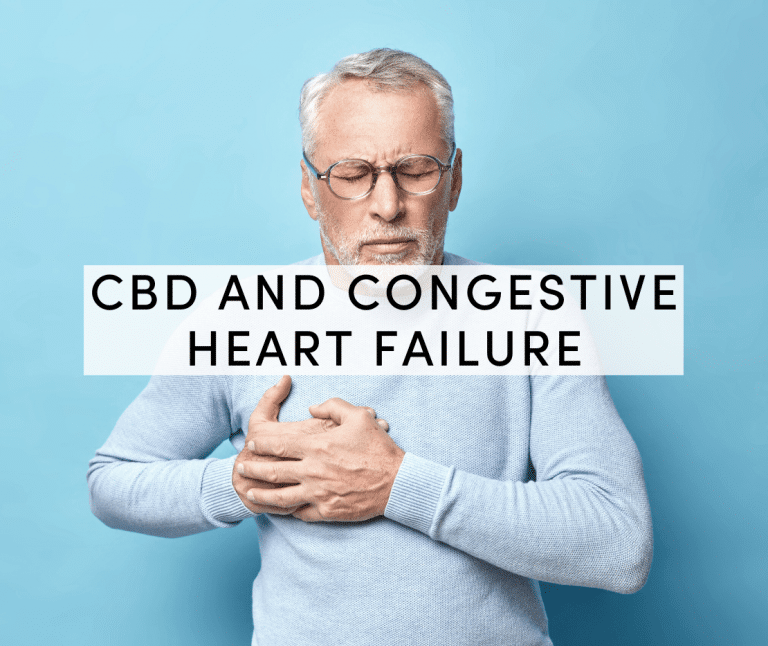 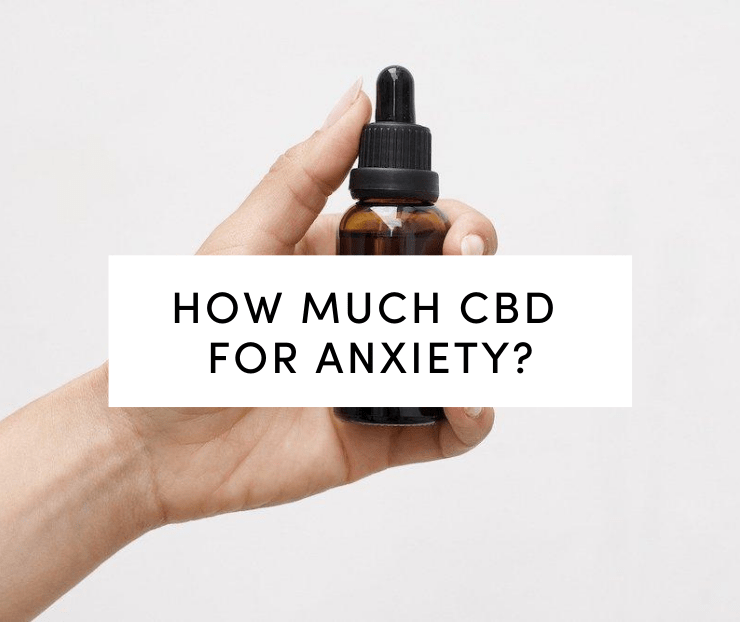