Home / Blog / Educational / Hemp vs Weed: Defining the Attributes of the Cannabis Plant

Hemp vs Weed: Defining the Attributes of the Cannabis Plant 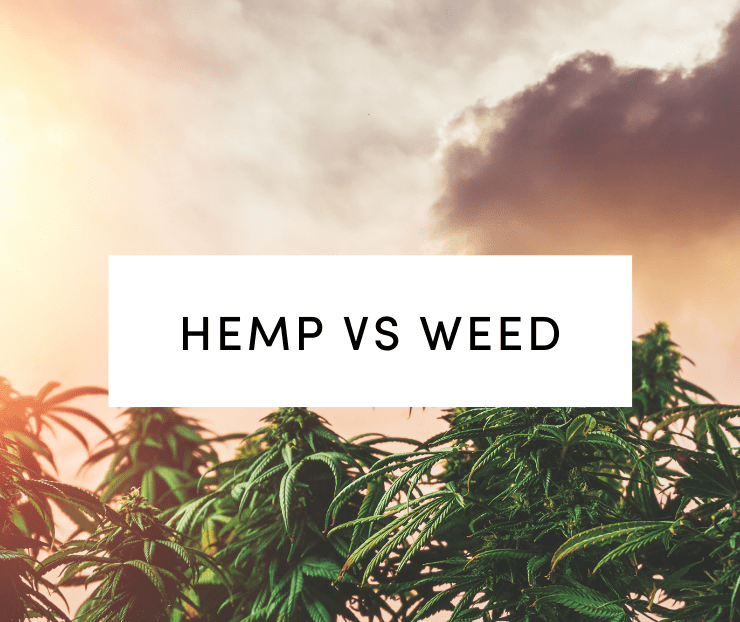 Hemp and weed are words that are often used interchangeably, which has led to many people assuming that there aren’t any real differences between the two. However, the truth is that hemp and weed are two distinct types of cannabis plants. Well, it should first be noted that the term “weed” in this article is referring to marijuana, which is its actual name. They have very few genetic differences between them, but there are major differences between the two in terms of legal interpretation, slang, and use. In more practical terms, the differences are actually rather significant. If you are shopping for CBD products, it is important to understand the similarities and differences of hemp vs weed, including their legal status, applications, and more to make a more informed purchase decision. 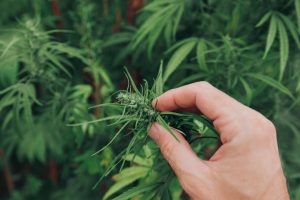 Hemp is a term with origins in Germanic and Old English that simply refers to cannabis. It has a long history of use, and its seeds and fibers have been used to create tens of thousands of products. Archaeologists found a piece of hemp cloth in ancient Mesopotamia (currently Iran and Iraq) which dates back to 8,000 BC. Hemp was even widely grown in the United States up to and during the mid-19th century and used in textile production.

A simple definition of hemp today is that it is non-psychoactive cannabis. In the United States, hemp is currently defined as cannabis containing 0.3% THC or less by dry weight. That particular chemical classification was mostly driven by the resurgence of hemp growing and the rising popularity of CBD.

Weed is a name for marijuana, which is also colloquially referred to as Mary Jane, pot, grass, and many more. It can be simply defined as cannabis containing more than 0.3% THC by dry weight. It is primarily derived from cannabis Sativa that belongs to the cannabaceae family.

Today, marijuana is cultivated mainly for recreational purposes. It can be smoked in various ways such as with pipes, blunts, and vaporizers. It can also be used in tea brewing. In recent years concentrated oil versions have been sold as medicine for various conditions such as arthritis, chronic pain, seizures, depression, and diabetes.

Hemp Vs Weed: The Similarities

Hemp and weed are very similar in appearance that it can sometimes be hard to tell them apart. However, professional growers can easily tell the difference based on the amount of flower the plant produces. Marijuana typically produces more flowers, as the plants have been specifically bred to over the years. Both plants have leaves that are not only green but also very similar looking otherwise. Both have broad and narrow-leaf varieties.

Cannabidiol (CBD) in Hemp vs Weed

Hemp and weed both produce cannabidiol (CBD). Hemp, however, produces a much higher quantity of it. Extracts from marijuana contain a high amount of THC. Hemp-derived CBD, on the other hand contains just trace levels of THC, which is why it is more widely accepted and used in the treatment of various help problems such as depression, anxiety, acne, and more.

Hemp Vs Weed: The Differences

Now that you have a better understanding of what hemp and weed are, along with the similarities between the two, it is now time to focus on the differences. Later, we will talk about hemp-derived CBD vs weed-derived CBD.

Hemp might have a very similar appearance to weed to an untrained eye, but if you know what to look for, weed looks very different from hemp. If you closely observe the leaves of both plants, you will see that marijuana flowers tend to look like a nugget with tiny crystals or hairs.

Conversely, hemp tends to have skinnier leaves that are concentrated at the top part of the plant. You may find few leaves or branches existing below the plant’s top part. If you observe both the hemp and weed plants from afar, the weed plant looks more like a short fat bush.

Hemp, particularly that which is grown for seed or fiber also tends to be taller (up to 20-feet) and skinnier. In general, if you compare a weed farm with an industrial hemp farm, you will notice that they are remarkably different from one another.

Hemp and weed are both cannabis plants, but they are grown very differently. Marijuana is not the easiest plant to grow. Cultivators have to be very careful, cautiously monitoring humidity and temperature throughout each stage of growth. Plants are typically spread far apart and the nutrient intake is strictly regulated. The flowering cycle of weed is 60 to 90 days

Hemp is actually rather simple to grow. The plants can be grown very close together and in just about any conditions. Hemp is a hardy plant, especially in the wild, and doesn’t require as much care. Cultivators can grow it without using any chemicals or fertilizers. The growth cycle of hemp is 108 to 120 days.

Hemp and weed cannot be grown together in the same area. If weed grows either close to or in a hemp field, the pollen from the hemp would immediately ruin the marijuana crop thus diluting the psychoactivity of the weed flowers.

Hemp and marijuana are both members of the cannabis species and both contain cannabinoids. The main difference between the two is the chemical composition, specifically the tetrahydrocannabinol (THC) levels. THC is the chemical responsible for the psychotropic effects of weed which affect a person’s mind and perception.

Hemp contains less than 0.3% THC by definition while weed contains anywhere from 5 to 20% THC on average. In fact, some strains can have as much as 30% THC or even higher, which makes them particularly potent.

Hemp, on the other hand, contains much higher CBD levels while it isn’t uncommon to find weed plants with less than 1% CBD. With this cannabinoid composition, it is impossible to get high if you use/smoke hemp. This is the main reason for the drastic difference in the legality of the two plants.

Hemp and marijuana were both illegal in the United States in the past. Since both plants are related, the U.S. government outlawed hemp at the same time it made weed illegal. It was quite an unfortunate thing since hemp used to be widespread and had many useful applications.

Today, marijuana is still illegal in many states, but this status is quickly changing. Currently, 11 states allow for the use of recreational weed while a further 22 allow for the use of weed to treat a variety of medical conditions. Still, weed remains a controlled substance by the federal government.

Hemp, on the other hand, has lost its status as a controlled substance. The Farm Bill that was passed in 2018 removed hemp from the Controlled Substances Act. It now allows people to access hemp easily for the first time in decades. Keep in mind that a few states reacted to the passing of the bill by outlawing hemp use at state level. So, you shouldn’t automatically assume that hemp is legal everywhere in the U.S.

Marijuana is quite limited with regards to its range of applications. It is mostly grown to be trimmed of the stalks and leaves down to the flowering buds that are then smoked or consumed as a medical, recreational, or spiritual psychotropic drug. However, that can depend on the state where you live.

Hemp has a wide range of applications. Prior to it being outlawed, the hemp plant’s cellulose-rich fibers were used for making sails for ships. Hemp fibers are also used to make clothing and can be used in the construction industry too. Bioplastics and bio-concrete are both possibilities with hemp. Hemp seeds have also been found to have many nutritional benefits, such as omega-3 fatty acids. 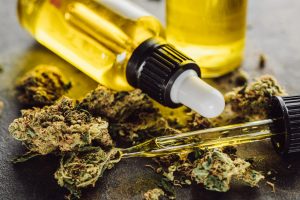 CBD Derived From Hemp Vs Weed

Cannabidiol (CBD) is produced by both the hemp and weed plants, but it can be found in much higher quantities in hemp. Hemp-derived CBD is preferred by the vast majority of users since it is not only widely available, but only contains trace amounts of THC, which means that using it won’t make you feel “high”.

A CBD-infused oil that’s produced from marijuana is referred to as ‘cannabis oil’ since it contains a higher amount of THC. Marijuana dispensaries sometimes stock weed-derived CBD oils. If you live in a state where weed is legal, it is possible to use weed-derived CBD. To access this, however, you must be an adult residing in one of these states and may need a recommendation from a doctor.

Hemp and weed (marijuana) are two very similar plants. While they are both members of the cannabis species and contain CBD, the practical similarities end there. To the untrained eye, it is easy to get confused between the two, but they are two distinct plants and it is important to be aware of the differences between them.

The key difference between the two lies in their chemical profile. Cannabis is only classified as hemp if it has less than 0.3% THC by dry weight. Anything over 0.3% THC is classified as marijuana according to the United States government.

Hemp is not only legal in most parts of the United States but also throughout most of the world since it contains THC in only trace amounts. Users don’t get high after using hemp, which is why many government regulators have started loosening restrictions on the plant.

Hemp is truly essential in the CBD industry. If you are looking for the best quality hemp-derived CBD, you should look no further than Tanasi. If you choose Tanasi products, you can be sure to get superior quality products that offer maximum health benefits. 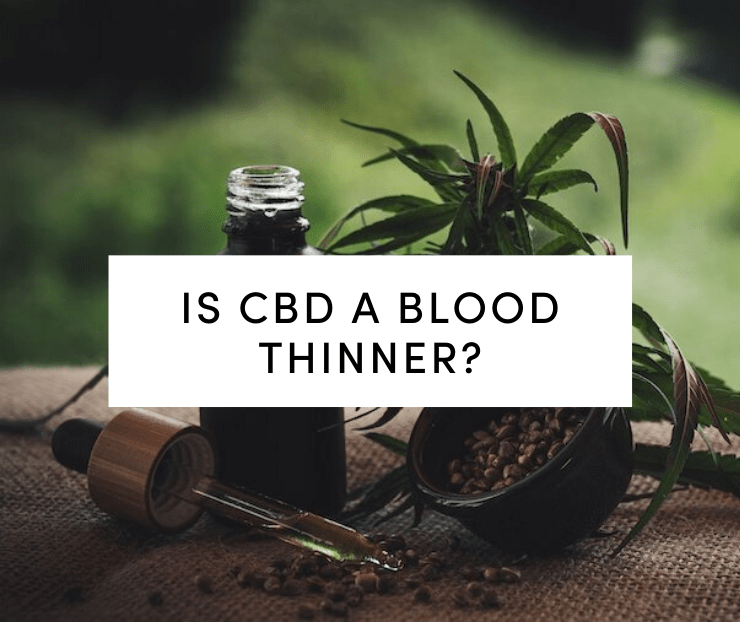