Home / Blog / Educational / Hemp Plant Vs Tobacco: Exploring the Most Widely Used Plants in the World

If you want to talk about the world’s most used plants, hemp plant vs tobacco is a popular comparison. Of course, this conversation is very much in flux. And that’s got to do with recent changes surrounding their safety and legality.

Now, these recent changes happened at both state and federal levels. But both plants have seen use for centuries. And both have experienced tremendous respect and severe vilification. Sometimes all at once! 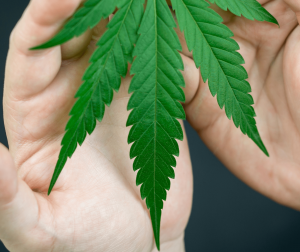 Want to see where they stand now? Keep reading to learn more about usefulness and concerns with hemp plant vs tobacco.

Hemp Plant Vs Tobacco: The Basics

The hemp plant is scientifically known as Cannabis sativa. You might already know that as the marijuana plant. But, while hemp and marijuana are closely related, they’re not identical. And that’s due to concentrations of a compound called delta-9 tetrahydrocannabinol, THC. (That’s the one which gives marijuana psychotropic effects.)

Marijuana plants have high THC concentrations. But hemp plants have much less. In fact, that’s the legal classification. To classify as industrial hemp, the plant must have less than 0.3% THC. Higher amounts than that qualify the plant as marijuana. Because of that, hemp won’t get you high like marijuana. But it will give you a lot more cannabidiol (CBD).

Now, tobacco plant leaves don’t have CBD or THC. Instead, tobacco leaves have high levels of nicotine, an addictive chemical. After harvesting, curing, aging and processing, tobacco leaves are ready for use. Popular uses include smoking, dipping, chewing, and snuffing.

Having covered the basic differences between hemp vs tobacco, it’s time to take a closer look at each. Starting with hemp, there are many things to know about its history, uses, and legality.

We believe hemp originated somewhere in Central Asia. Records document the cultivation of hemp for fibers in China around 3,000 BCE. And archaeologists found a piece of hemp fiber in Mesopotamia that

We also know that the practice of using hemp spread to the Mediterranean in the early AD years. By the Middle Ages, its knowledge and use spread throughout Europe.

Early on, hemp made for cordage, paper, and textiles. Then came ship sails, covers for pioneer wagons.

Later, it made biofuels, construction materials, clothing, and plastic composites.

Industrial hemp started declining during the Great Depression. By 1970, it was banned. The decline was due to confusion with marijuana. (Plus aggressive efforts by law enforcement.) Still, because the uses for the hemp plant are so numerous, it’s popularity is on the rise. And recent legal changes are helping, too.

Back in 2015, the FDA relaxed regulatory requirements for hemp. That paved the way for research into CBD trials. Then, the 2018 Farm Bill turned things around for the hemp industry. Before, federal law banned hemp, lumping it in with marijuana. Then, new legislation opened up a small window for many farmers. The current law allows local and national agriculture departments to fund hemp programs. That allows us to study industrial hemp and cultivate it on small-scales.

CBD is a derivative of industrial hemp cultivation. It’s readily available across most of the United States.

And it’s federally legal if it contains 0.3% of THC. But state legislations vary. For example, in Virginia you technically need a prescription to buy CBD.

Tobacco has a history and story just as rich as hemp. Also known as Nicotiana, tobacco has at least 60 different documented species. Many are indigenous to the Americas. But a handful appear to have genetic roots going back to Australia. That suggests the plant was around millions of years ago before the continents split.

Nicotiana rustica spread from North America to much of the world. But most modern commercial tobacco production is Nicotiana tabacum, likely from South America. Columbus’ 1492 expedition was likely how Europe and everyone else discovered tobacco. He and his crew saw the indigenous peoples of Haiti and Cuba smoking the leaves.

Natives used tobacco smoke to clear their breathing. Burning torches of the plant also helped with disinfection or warding off illness. Snuff became an anesthetic. Native Americans were even known to mix tobacco with chalk or lime to make toothpaste.

Modern tobacco use revolves around sniffing, chewing, and smoking. Smoking is popular with cigars and cigarettes, whereas chewing products include dip and snuff.

For many years, the minimum age for selling tobacco products to anyone in the United States was 18 at the federal level. (And higher in some states and municipalities.)

As of December 2019, a new amendment to the Federal, Food, Drug, and Cosmetic Act raised that age to 21 for all Americans. This applies to any retail establishment without exception.

The Benefits Of Hemp

Given how many uses industrial hemp has, you could fill pages and pages with its possible benefits and effects. We estimate that its helped develop between 20,000 – 40,000 different products. And those crop up in many different commercial sectors.

CBD shows great promise in its potential effects on your body. CBD’s effects on pain relief have been the subject of many recent studies. Because it interacts with receptors in the endocannabinoid system, CBD may mimic pain medication.

Some people also claim that CBD helps reduce symptoms of both anxiety and depression. The WHO lists depression as the biggest global contributor to disability, and they also list anxiety disorders in the top 10. So this could be a useful possibility.

Promise for the Future

Another potential benefit of CBD is for cancer patients. Now, no hard evidence says it prevents or cures cancer. But CBD may help patients dealing with nausea from their cancer treatment.

The FDA has approved one CBD-based pharmaceutical medication. It’s called Epidiolex. And its approved for children who suffer from certain types of epilepsy. For those kids, it helps reduce the occurrence and severity of seizures.

CBD does have some occasional side effects. Diarrhea, fatigue, weight/appetite changes, and medication interactions are possible. So it’s worth a conversation with your doctor or physician before trying CBD. 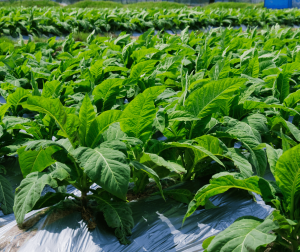 Tobacco has many health impacts, and most of them are not good. (But minimal evidence suggests nicotine may prevent Alzheimer’s and other forms of dementia.) Still, for most people, the negatives outweigh the positives.

Tobacco has long been a threat to users’ health. Though it enjoyed years of popularity through the late 1900s, we’ve also known its risks. There are several effects of tobacco use. The first and most obvious effect is that smoking can increase the risks of heart disease. Smoking can also increase the risk of stroke.

Another consequence of tobacco use is an increased risk of certain cancers. These include lung, oral, and pancreatic cancer. There are also increased risks of respiratory infections and heart attacks.

Although these are the most well-known of tobacco effects, some reports go into much greater detail about its possible damage. For example, tobacco can cause serious damage to the heart, lungs, brain, kidneys, and nervous system. It can cause short-term symptoms, such as cough, fever, or chest pain.

If you’re worried about tobacco use, speak to your doctor about stopping or cutting back. You may need to quit for life, or you may need to cut back to a low level that may at least mitigate the damage done. The main thing to remember about quitting your tobacco use is that it takes commitment.

Hemp and tobacco have both been around for thousands of years. And they will still be around for

thousands of years. One thing that’s certain is that people’s opinions on them will continue to evolve and change. While it seems lately that tobacco use will disappear soon, there will never be a shortage of people looking for ways to ease the stress of life. Some may discover that CBD products help relieve their stress. Some may prefer the cheap, easy tobacco buzz regardless of the danger. All you can do is learn what you can about hemp vs tobacco and decide for yourself if either has a place in your own personal life.