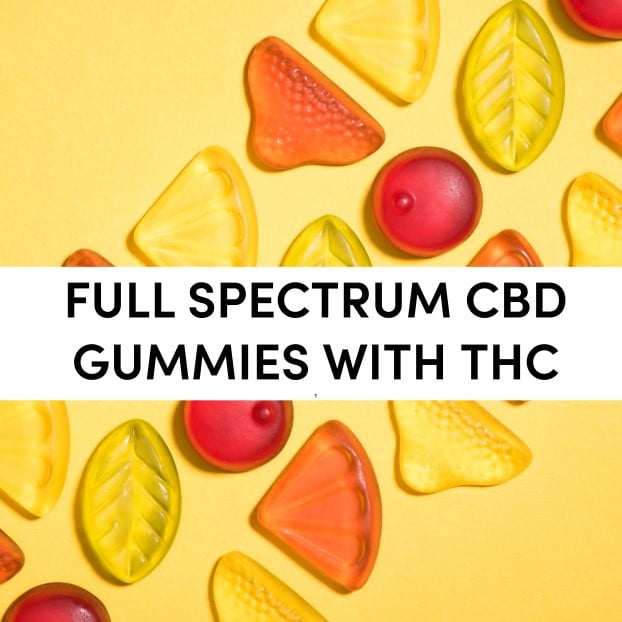 Since the early stages after the discovery of cannabinoids, THC, and CBD became, by far, the most researched of these compounds. So much so that lately, the CBD market began booming as more and more people begin to see the potential benefits of this cannabinoid. Enthusiasts appear to consistently find more and more ways of using CBD, and new CBD products grow popular by the day. Among these are CBD gummies, edibles that offer a very discrete and fun way of using the cannabinoid. But are CBD gummies necessarily the same as full-spectrum CBD gummies with THC? Read on to find out. 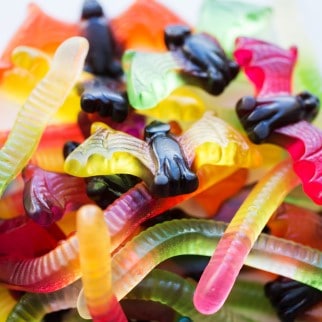 Cannabinoids are a family of compounds that have the ability to bind with cannabinoid receptors inside our bodies and deliver several different, usually positive effects. Cannabinoids, therefore, have the extensive potential for use in therapeutic purposes. These compounds are generally classified into three different categories: phytocannabinoids, endocannabinoids, and synthetic cannabinoids.

Phytocannabinoids are naturally occurring compounds in plants and are found in abundance in the cannabis family of plants. Endocannabinoids, also known as endogenous cannabinoids, are those the human body synthesizes in the nerve cells. They are vital in modulating the central nervous system’s functioning and maintaining homeostasis in the body.

Endocannabinoids also play a vital role in the normal functioning of body systems like:

Cannabidiol, commonly known as CBD, is one of the cannabinoids occurring naturally in the cannabis plant. Lately, CBD saw an explosion in popularity due to the public growing aware of its potential for therapeutic effects. Where research stands, CBD appears to have neuroprotective, antioxidant, and anti-inflammatory properties.

Due to its properties, CBD has the potential to become a treatment for:

Unlike other cannabinoids like THC, CBD has a low binding affinity for CB1 and CB2 receptors. It mainly interacts with neurotransmitters associated with serotonin. Particularly, this cannabinoid works by activating other receptors and channels to deliver various positive effects. For instance, CBD activates the 5-HT1A serotonin receptor to induce the release of the namesake hormone. In turn, this may alleviate symptoms like pain sensation, nausea, vomiting, and anxiety.

Naturally, CBD comes to be in the resin glands of the cannabis and hemp plants in its precursor form. Then, the plant stores it in some of its parts like the buds, leaves, and stems. In the cannabis and hemp plants, CBD occurs first as Cannabidiolic acid (CBDA), an inactive acidic form of CBD. The acidic form only converts to CBD through the process of decarboxylation when exposed to heat.

The recent federal legalization of hemp through the 2018 Farm Bill raised lots of questions regarding the similarity of hemp and marijuana. The possession and use of marijuana remain illegal in some states, and most people don’t understand the difference between marijuana and hemp now that the latter is legal in most states.

Taxonomically speaking, hemp and marijuana are the same plants. They are both subspecies of the Cannabis L. genus. However, these plants differ in their chemical composition and use. Legally, hemp and marijuana are different due to marijuana contains THC levels much larger than the legal limit, which is 0.3%. Meanwhile, the levels of THC in hemp are below 0.3%.

The uses of marijuana and hemp are also another divergent point between the two. Hemp saw use for years due to its industrial benefits, while marijuana for its recreational and medicinal benefits. Mankind used the hemp plant to produce thick fibers and to manufacture textiles, paper, rope, and fuel.

Marijuana, also known as weed, herb, pot, Mary Jane, and so many other aliases, saw the bulk of its use for recreational purposes. Marijuana lovers use it for the euphoric feeling it delivers, for which THC is responsible.

Will You Get High From CBD?

Probably the greatest concern among most CBD enthusiasts is whether they can get high from using CBD. While these concerns may seem far-fetched, the availability of different types of CBD validates the concerns. Generally, using CBD won’t get you high, regardless of the CBD type.

CBD isn’t psychotropic and won’t deliver the euphoria associated with THC. While some CBD products will have trace amounts of THC, using such products won’t get you high.

Manufacturers can either extract CBD from hemp or marijuana; some CBD products do contain some THC in them, however. Generally, the various types of CBD available on the market include:

These are pure forms of CBD, meaning that they don’t contain THC or any other compound present in the cannabis or hemp plant. Thus, it does not include flavonoids, terpenes, and other cannabinoids. Manufacturers extract CBD isolates through chromatography, which essentially eliminates any other compounds other than CBD. It also helps get rid of any impurity in the CBD extract, meaning that CBD isolates will be nearly 100% pure CBD.

This type includes CBD as well as the other cannabinoids in the plant and additional compounds like flavonoids and terpenes. Full-spectrum CBD will contain a range of compounds that synergistically interact to deliver a greater effect. Even though full spectrum CBD contains some THC, using it won’t get you high as the THC levels aren’t high enough to do so.

Broad-spectrum CBD contains all other compounds and cannabinoids present in the cannabis and hemp plants except THC. The overall effects its stronger than that of isolates but, according to enthusiasts, slightly weaker than full spectrum’s.

There are plenty of CBD products on the market, and many of which, due to their nature, require different administration methods. Probably, the most common product in the market is CBD oil, which you can take in various ways depending on the desired effect. The most common ways of taking CBD are:

CBD oils and tinctures are perfect for sublingual application, which means placing a few drops under the tongue and waiting a few seconds before swallowing. According to health experts, taking CBD sublingually can help increase its bioavailability as it can enter the bloodstream directly.

It is possible to mic CBD oils and tinctures with hot beverages or smoothies. This is a great alternative if you wish to take your CBD when enjoying your cup of coffee or favorite smoothie.

You can roll high-CBD hemp into a joint and smoke them. Alternatively, you can also vape CBD by using a vaporizer with a cartridge containing CBD oil. CBD concentrates are also something you can inhale with a vape pen containing a chamber for concentrates.

Smoking and vaping are common methods of taking CBD products for recreational purposes. These methods are very efficient in delivering the effects of CBD as they readily increase its bioavailability to 50% and above. By smoking or vaping any CBD product, the cannabinoid quickly rushes to the lungs and delivers its effects faster.

CBD topicals are something you apply directly to the skin and mainly used for pain relief and acne treatment. Common CBD topicals include CBD-infused lotions, salves, creams, balms, and transdermal patches. For better results, you’ll want to choose a topical with a high amount of CBD as the skin’s permeability is poor compared to the mucous membranes.

Recently, CBD edibles became a preferred method of taking cannabidiol. CBD Gummies, sweets, and foods like cookies are all common edibles today and are fast gaining popularity. Some require sophisticated manufacturing, while some you can easily bake in the kitchen.

What are CBD Gummies? 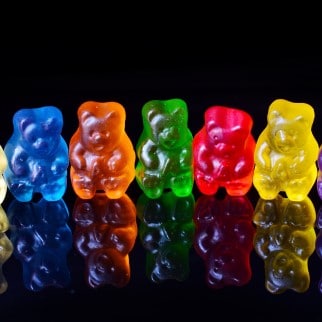 These are edible candies that contain CBD. They come in various shapes, colors, flavors, and CBD concentrations. They offer users a discreet and easy way of ingesting CBD and help with anxiety relief, pain, and inflammation, even when at work. Just like other CBD products, there are various types of gummies, including full-spectrum CBD gummies with THC.

The idea behind CBD gummies is to just put CBD into something people already enjoy, like gummies. Users particularly enjoy their ease of use and discreteness. Besides the potential health benefits of CBD, however, some users think full-spectrum CBD gummies with THC will get them high. Is this true?

Will Full Spectrum CBD Gummies with THC Get You High?

CBD gummies are effective in delivering the potential benefits of CBD. However, these products are ingested, which leads to lower bioavailability of CBD. Likewise, full-spectrum CBD gummies with THC do have low availability of CBD and, likewise, of the little THC contained in them. Remember, CBD products contain 0.3% or lower THC, if any at all. Thus, it is not enough to get you high, and it’s even less than enough to do if you are ingesting them orally. Some of the compounds will undergo metabolization in the liver that will inevitably absorb a part of it when traveling down the stomach. Thus, even in the case you ate over thousands of full-spectrum CBD gummies with THC, it’s unlikely they would ever get you high.

CBD gummies offer users an easy and subtle way of using this cannabinoid for its potential health benefits. Moreover, barring isolates, THC in these gummies has the lowest chances of ever getting you high. 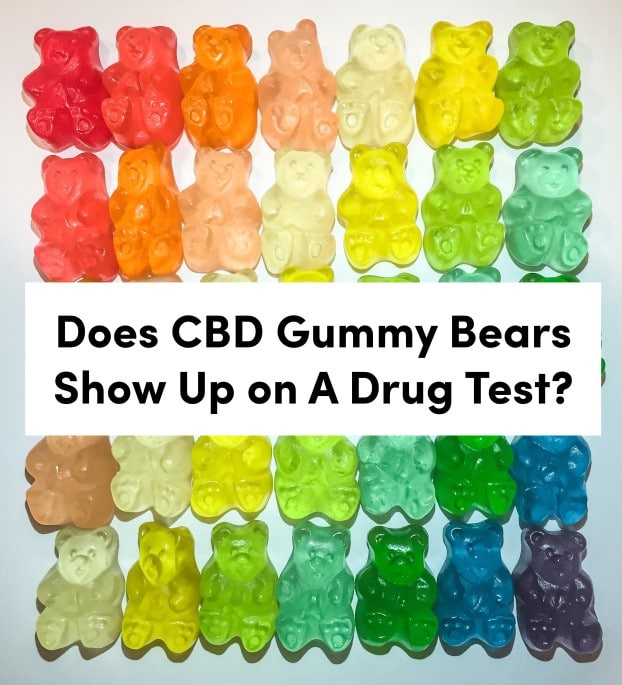 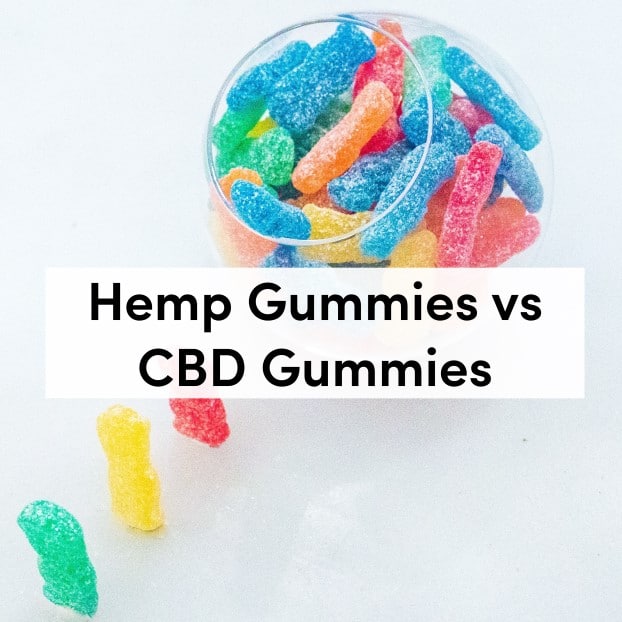 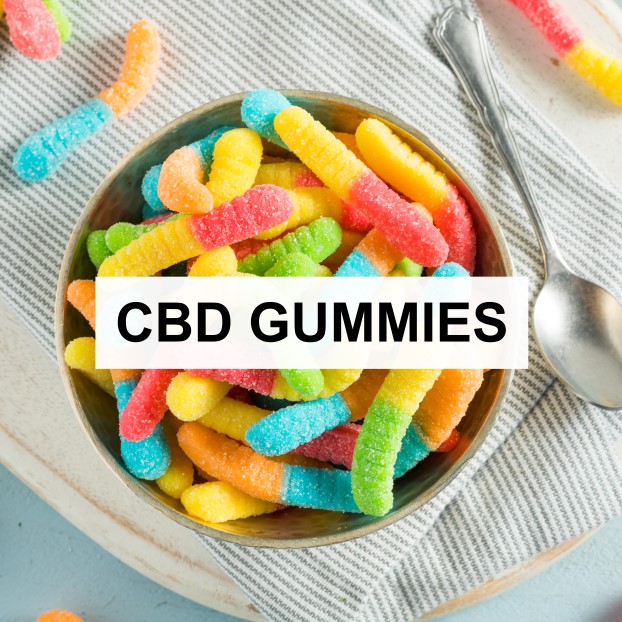