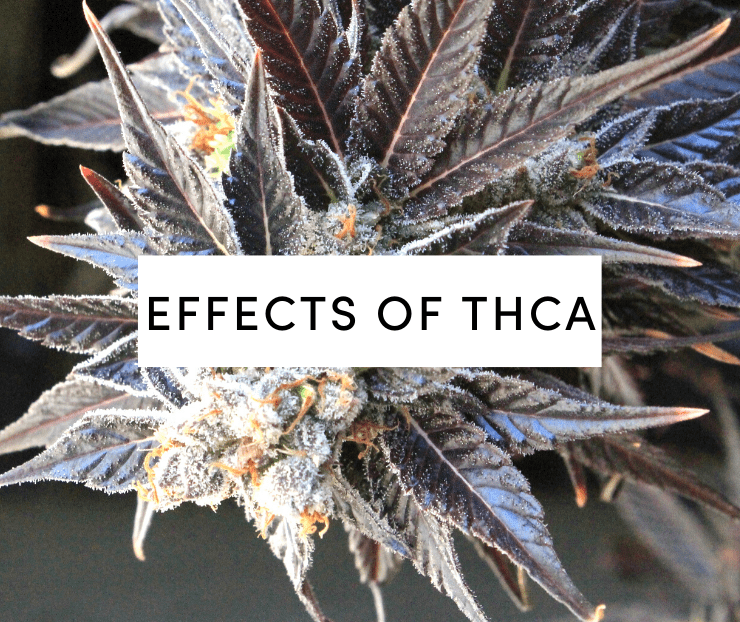 Did you know that you can eat freshly picked weed and not get high at all? It’s true, you will not get high by eating raw cannabis. When cannabis is harvested and raw, it does not contain its intoxicating compound (THC). Raw cannabis is not psychoactive in itself as it contains high levels of THCA, which does not have the same effect. So what is THCA and how does it differ from THC? What are the effects of THCA? Does it have similar benefits? If you are wondering what the answers to these questions are, then read on.

When people think of cannabis, the first thought that comes to mind is THC’s intoxicating effect. However, many other cannabinoids are overlooked. THCA or tetrahydrocannabinolic acid is a non-psychoactive cannabinoid that is produced naturally by the cannabis plant. The cannabis plant has about 113 cannabinoids and hundreds of other compounds like flavonoids and terpenes. THCA only exists in minute quantities of the living cannabis plant. Most recreational cannabis users do not ingest raw cannabis because it won’t get you high. They are also likely unaware of the effects of THCA.

THCA is the acidic precursor to tetrahydrocannabinol (THC). It usually slowly converts to THC when the cannabis dries. Moreover, this can also happen when it is exposed to sunlight and heat. The conversion process is called decarboxylation.

Difference in Effects of THCA vs. THC

The two cannabinoids do share some similarities. However, THC will get you high while THCA will not. The reason for the non-psychoactive effects of THCA is that its molecule has a three-dimensional shape. This makes it larger than THC, and therefore, it does not fit into the body’s cannabinoid receptors, particularly the CB1 receptors. To have an intoxicating effect, the cannabinoid needs to fit into the CB1 receptor. This is not the case with THCA.

-It is a weak activator of CB1 and CB2 receptors.

-It represents up to 90% of the potential THC content in cannabis.

-It is a strong activator of the CB1 receptor.

-The decarboxylation process creates it.

-It synergizes with several terpenes such as linalool, pinene, and limonene.

THCA is the acidic form of THC. It contains a carboxylic acid group (COOH) usually attached between the hydroxyl (OH) and pentyl chain (C5H11). This makes THCA highly polar, deterring it from interacting with the cannabinoid receptors in the body. 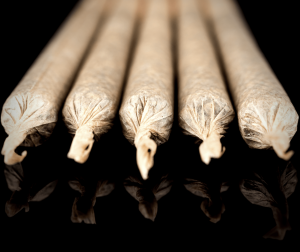 The mother cannabinoid (cannabigerolic acid or CBGA) is where this process starts. As the cannabis plants mature, their enzymes convert the CBGA into one of the three cannabinoid precursor cannabinoids: CBCA, CBDA, and THCA. THCA is produced when THCA synthase acts on the CBGA. THC and THCA have similar molecules, but the latter is usually in 3D shape.

During decarboxylation, heat removes the carboxyl acid group atom from THCA, converting it into a THC molecule. Decarboxylation describes the heating of a compound. It usually happens via vaping or smoking. When THCA is heated through smoking or vaporizing it, it then turns into THC. At this time, it becomes psychoactive. The most natural way decarboxylation happens is by sunlight. If, for example, the cannabis sits in the sun for a long time, the THCA molecules will slowly convert into THC.

Likely the most common conversion comes through smoking. When a flame is used to smoke the dried and cured bud at high heat in a short time, the compound converts rapidly. However, not all of the THCA will be converted, as smoking is not the most efficient decarboxylation method.

It is one of the efficient ways of converting THCA. When it is heated at a low temperature, the cannabinoids are converted and released. Once you increase the heat, the amount converted will also increase.

Inflammation is the body’s natural response to injuries, stress, and illness. According to a 2011 study published in the Biological and Pharmaceutical Bulletin, THCA demonstrated anti-inflammatory properties. This makes it beneficial for the treatment of lupus, menstrual cramps, and arthritis.

THCA has shown the potential to inhibit cancer growth. According to a 2013 study that analyzed cell cultures in animals, THCA could help prevent the spread of prostate cancer cells. The THCA in raw cannabis produces necrosis in plant cells. Hence it helps the plant remove the dead cells. This is what happens in the human body’s immune system, through a process known as programmed cell death. It causes the damaged and diseased cells to be killed off. Cancer occurs when the programmed cell growth stops working; hence the diseased cells spread instead of dying.

Antioxidants counteract harmful toxins in the body. THCA, according to research, has been found to have antioxidant properties. According to a 2012 preclinical study published in Phytomedicine, THCA exhibited an ability to protect against neurodegenerative diseases like dementia and Parkinson’s disease.

THCA has antiemetic properties; hence it can help increase your appetite and even decrease nausea. According to a 2013 study by researchers at the University of Guelph, it was found that THCA and CBDA were effective in reducing nausea and vomiting in rat models.

THCA can interact with the TRPA1 receptor. This receptor is responsible for pain, itching, and how the body reacts to temperature. Therefore, THCA is beneficial in reducing menstrual cramps, muscle cramps, and spasms, among others.

According to a 2020 study, it has been discovered that THCA can help you lose a few pounds. In the research, which was conducted on mice, it was noted that the fat mass was reduced due to the interfacing of THCA with the PPARy receptor.

Although research on this is still in its infancy, it has been noted that THCA usage showed positive impacts on liver health in mice.

Are There Negative Effects of THCA?

Nobody has discovered any negative effects. This typically depends on taking the compound in a normal dose. However, if you do not, you may experience some side effects.

Some people report having psychoactive effects when they take THCA, even though it is non-psychoactive. This happens especially when you take it orally. The acids in the stomach can decarboxylate THCA and convert it into THC. The liver then metabolizes the THC, and converts it into 11-OH-THC. This molecule is around three to five times more psychoactive than the original THC, so you will get high.

Therefore, it is advised to take THCA sublingually (under the tongue) or as a suppository (through the anus or vagina). This is because there will be no risk of getting unexpectedly high when you take it. 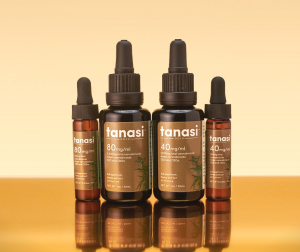 Dosage for Best Effects of THCA

To get the best effects, it is best to take it in the right dosage. Pure crystalline extracts are one of the best ways you can take THCA. However, it does not have a universally appropriate dosage. Therefore, follow the manufacturer’s instructions when buying it. Also, you can start with small doses and see how your body reacts. With time, you can increase the dosage based on how your body responds.

Summarizing the Effects of THCA

As seen above, THCA has numerous positive effects on the body. However, before embarking on this journey, you should talk to your doctor, especially if you are on medication. They will advise you on the path to follow and how to go about it. A professional opinion is never a bad idea. Also, research on THCA is still in its infancy, and there is plenty left to discover. At the current rate of growth, we should have much more knowledge every year. If you are interested in a safe product with a scientific stamp of approval, try Tanasi. Tanasi’s hemp extracts contain many of the lesser known cannabinoids like THCA. The relief you’re looking for may be one click away. 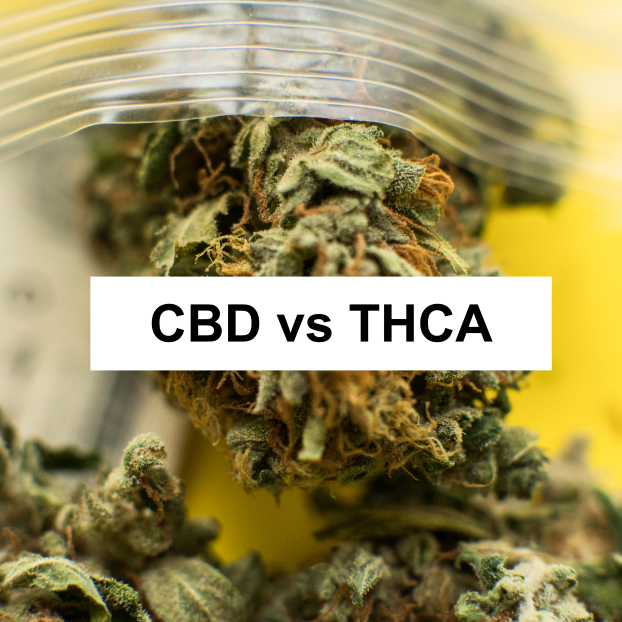 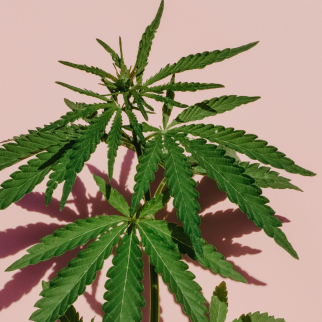 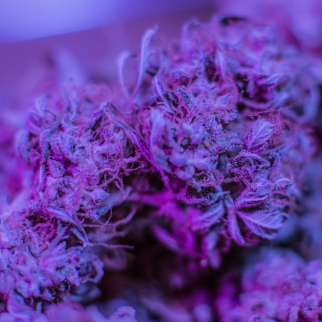