Effects of Hemp On Brain Development: The Research Is Promising 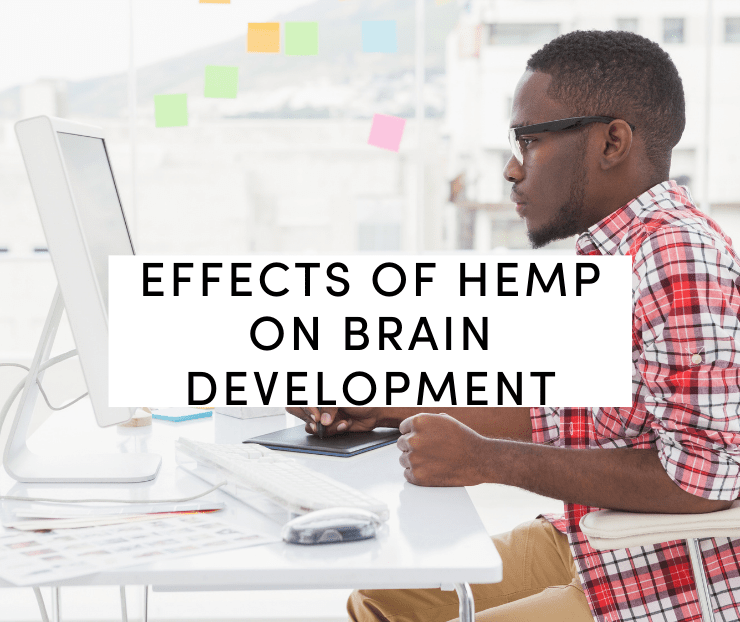 The brain is a powerful organ. It controls our bodies, our thoughts, and contains all of our memories and personality traits. Our connections with individuals, the discoveries we make, and the emotions we experience and relay are made possible through the brain. Regrettably, the brain is also susceptible to issues like mental disorders and memory loss. These symptoms are more common as people age. Are there measures we can take to prevent this degradation? The growing popularity and gradual legalization of cannabis has prompted a closer look at the effects of hemp on brain development. Studies suggest that CBD hemp extracts may have the potential to improve brain functionality and development.

Hemp and marijuana are both varieties of cannabis. Both contain a chemical compound called cannabidiol (CBD), but hemp contains only trace amounts of THC. CBD has non-psychoactive properties, meaning it doesn’t alter the perception of the mind when consumed.

The hemp plant contains both cannabidiol (CBD) and low levels of delta-9 tetrahydrocannabinol (THC). THC has been the most popular compound in the cannabis family in the past due to its psychoactive properties.

However, in recent years, tremendous research has been done on CBD, unearthing its unique potential therapeutic benefits. In June 2018, the FDA approved the use of CBD for prescription purposes. Studies have shown a correlation between the use of CBD and the improvement of brain functionality. CBD has also shown progress in slowing Alzheimer’s disease during its early stages.

The brain consists of over 86 billion specialized cells called neurons. These cells communicate through neurotransmitters. A receptor is a protein that binds to a molecule, such as a neurotransmitter. It is responsible for binding specific neurotransmitters to neurons. Dopamine and serotonin are some of the neurotransmitters in the brain. They are known as “feel-good” chemicals. Cannabinoids like CBD also bind with certain brain receptors. 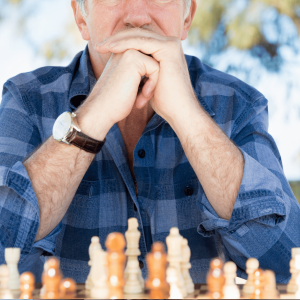 How Does CBD Work In The Brain?

The effects of CBD in the brain are produced through molecular pathways. It acts through various receptor-independent channels. It also inhibits different protein-coupled receptors from binding. Here’s a look at how some receptor systems interact with CBD in the brain. These interactions are the key to understanding the effects of hemp on brain development.

So far, studies are suggesting that CBD’s involvement with serotonin can ease symptoms of certain problematic conditions. Maladies such as anxiety, depression, neuropathic pain, and schizophrenia are all affected by the activation of serotonin 1A receptors.

Also known as TRPV1 receptors, vanilloid receptors are part of an ion channel that binds to CBD, inducing a therapeutic effect. These receptors affect pain perception, inflammation, and temperature regulation.

CBD activates nuclear receptors known as peroxisome proliferator activated receptors (PPARs) to create an effect with potential to deter cancer. These receptors are located on the exterior of the cells’ nucleus. Anti-proliferative action begins as soon as PPAR receptors are activated. This activation also appears to prompt the regression of lung cancer tumors located on the cell lines. But more research is necessary before declaring this an anti-cancer agent.

The G protein-coupled receptor 55 is responsible for modulating blood pressure, bone reabsorption, and bone density. Also known as GPR55, the orphan receptor may cause osteoporosis if it is overactive. It may also result in the migration and multiplication of cancer cells. Luckily, CBD appears to block orphan receptors from signaling, potentially affecting cancer cell proliferation.

Hemp Effects on Brain Development: Does It Help?

Hemp contains essential fatty acids known as EFAs. Breakthroughs from recent discoveries have shown the numerous health benefits of EFAs. Research has proved that omega-3 fatty acids in hemp are essential nutrients in brain optimization and your overall health.

Cognitive performance and intelligence in infants and young children is highly linked to omega-3s. The brain gradually loses omega-3s as one gets older, leading to memory loss. Scientists suspect the loss of EFAs in older people leads to cognitive issues like depression, anxiety, and aggression. It may also lead to more severe diseases like Parkinson’s and Alzheimer’s. This is why people who ingest adequate omega-3s may enjoy higher brain productivity. 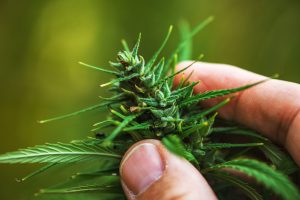 The Neuroprotective Properties Of Hemp

How our bodies deal with oxidative stress plays a significant part in maintaining good health. This natural process occurs within the body’s cells. The generation of energy within the cells results in the production of free radicals (waste).

Our bodies produce antioxidants to stabilize the waste. This prevents damage to our cells’ DNA. Waste products may steal DNA particles if inadequate antioxidants are produced. This leads to the development of conditions like Parkinson’s, atherosclerosis, and Alzheimer’s.

Studies have shown that cannabidiol has the potential to reduce the risk of these disorders. The antioxidant properties of CBD can help prevent brain aging.

CBD appears to reduce oxidative damage through its interaction with CB2 receptors. A study by the Journal of Alzheimer’s Disease established that prolonged treatment of transgenic mice using CBD prevented the emergence of social recognition memory deficits. The study also found that CBD has neuroprotective, antioxidative, and anti-inflammatory properties.

Oxidative damage to the brain can lead to mental issues such as dementia. CBD hemp oil may shield the brain from the damage of free radicals.

The use of cannabidiol as you age may help to protect and preserve brain cells. The fewer damaged brain cells, the longer you retain mental clarity into old age. Even though many factors affect the brain’s functionality as one grows old, CBD is emerging as a viable aid in maintaining that functionality.

The relationship between CBD and the brain is indeed complicated. Research is still ongoing to unearth the finer details of this complex connection. One thing is for sure, though, CBD does react with certain brain receptors.

The use of CBD hemp extracts can impact seizures for people with epilepsy and neuropsychiatric disorder. It reconnects the brain’s neural pathways to help treat seizure disorders.

CBD also appears to have mood-elevating properties. It interacts with neurotransmitters responsible for depression and anxiety, producing an effect similar to those of antidepressants.

Old age comes with many health complications. CBD can interact with the endocannabinoid system to address chronic discomfort from conditions like fibromyalgia and arthritis. Its anti-inflammatory properties may also promote muscle healing and regeneration. 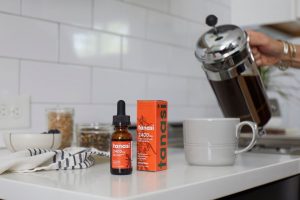 As you can see, CBD is becoming known for its medical properties though data in this field is still relatively new. Today, CBD is one of the fastest-growing supplements worldwide. People believe CBD can manage disorders and conditions like chronic pain, depression, brain fog, and anxiety, although more research is necessary to support these beliefs.

CBD’s effects on the brain can be profound. Research indicates a link between brain development and CBD. These neurological benefits have made it appealing to many users.

CBD interacts with the brain by affecting brain receptors like nuclear receptors, vanilloid receptors, serotonin systems, and orphan receptors. These interactions have opened doors to the treatment of many conditions.

CBD products exist in many forms. If you’re considering trying it out, Tanasi’s full-spectrum CBD hemp oil products are made from pure, high quality, potent plants guaranteeing the best results.

What Is Hemp Activism and How Can You Get Involved?