Home / Blog / CBD / Does CBD Have THC? A Common But Confusing Question.

Does CBD Have THC? A Common But Confusing Question. 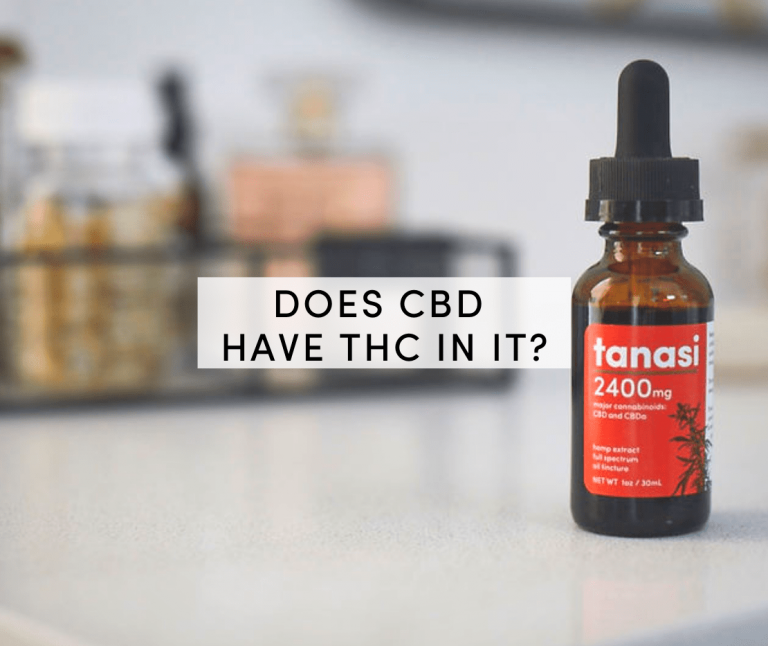 There are many misconceptions surrounding CBD (cannabidiol). One of the greatest of these is that CBD can get you high because it comes from the cannabis plant. However, CBD cannot get you high and here are the reasons why. Does CBD have THC in it? Because they are separate compounds, the more accurate question would be if some CBD products have THC in them. That has more than one answer. Let’s start by familiarizing you with some terminology and cannabis basics.

Cannabinoids: Does CBD Have THC?

There are also cannabinoids in a variety of different plants (most notably in the cannabis plant). Appropriately, these are called phytocannabinoids. The most popular of these cannabinoids are CBD (cannabidiol) and THC (tetrahydrocannabinol).

Cannabinoids interact with the ECS receptors to either inhibit or excite certain bodily functions. The effects on the ECS are largely dependent on the type of cannabinoid and the receptor that it is interacting with. Each cannabinoid interacts very differently with the ECS, so it’s no wonder people want to know, does CBD have THC in it?

Where Do Cannabinoids Come From? 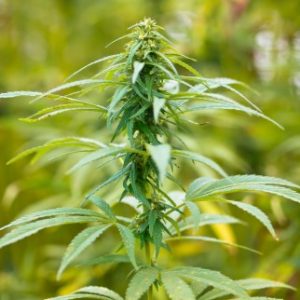 Hemp is a species or variation of the cannabis plant. It is distinguishable by its longer, narrower stature and the leaves are also thinner and longer. The plant has traditionally been grown for commercial purposes with a range of products coming from the fibrous stem. These products include paper, cloth, construction materials, bio-fuel and much more.

Today, people primarily grow hemp for the purposes of extracting CBD which is currently a booming industry across the world. Legally, a cannabis plant must contain a concentration of less than 0.3% THC in order to be classified as hemp.

Marijuana is another species or variety of the cannabis plant. It is distinguishable by its bushy stature and broader, shorter leaves. The plant originates in the East and therefore the name “indica”. Marijuana was historically popular for medicinal purposes but has since been cultivated for recreational reasons due to its psychoactive properties.

Today, many people grow marijuana to meet the growing needs of the medical marijuana market. For the first time in many years, marijuana is legal in some parts of the US. However, the legal status of the plant has been left up to each individual state. This means that different laws apply to the production, distribution, sale, purchase of cannabis products in each state.

How Are Hemp And Marijuana Different?

While hemp does contain THC, it is only in trace amounts. The government has deemed these trace amounts to be negligible and cannot make you high. The federal government and FDA (Food and Drug Administration) requires that a cannabis plant have a concentration of less than 0.3% THC in order to be called hemp. This is why there is so much confusion around the question, does CBD have THC?

CBD is a cannabinoid that usually comes from the hemp plant and is popular for its potential health benefits. It interacts mainly with the CB-2 receptors in the endocannabinoid system. This interaction may assist in regulating a number of different bodily functions which results in the potential health benefits of CBD. In the plant itself, CBD begins as CBDa. It only turns into CBD once decarboxylation has occurred. Decarboxylation is when the acidic form heats up enough to change. Because you see that CBD is its own chemical, you now know the flaw in the question, does CBD have THC in it?

Research is still ongoing into the effects of CBD and the health benefits that may result. However, research has confirmed or shown positive results in relation to the following health conditions:

CBD does have some side-effects. However, these negative side-effects are generally mild and do not affect every individual the same way. Side effects may include:

CBD may also interact with some medications. It is important to discuss CBD use with a medical doctor if you are taking any prescription medications or supplements.

If any of the side-effects persist or become severe, you should lower the dosage. Commonly, side-effects from CBD use are worse at very high dosages or when you use it too often. Even so, a fatal overdose is extremely unlikely and has never been reported.

THC is a cannabinoid that is present in cannabis and is responsible for the intoxicating properties of the plant. It interacts mainly with the CB-1 receptors in the endocannabinoid system which exist in the central nervous system (brain and spinal cord).

When CBD interacts with the endocannabinoid system, it stimulates the reward and pleasure centers in the brain resulting in the feelings of euphoria or getting high. While this psychoactive action is THC’s most popular feature, it also boasts a number of health benefits.

Some research has shown that a combination of THC and CBD may offer greater benefits than taking CBD on its own. While research on the health benefits of THC is ongoing, it has shown promising result in the following areas:

The negative side-effects of THC affect individuals differently, and may be more severe in some people than in others and include:

– Lack of focus or concentration

Although the health benefits of THC and CBD may seem similar, they achieve these results in different ways. This is because of their interaction with the two different receptors in the ECS.

Surprisingly, both THC and CBD share almost exactly the same chemical formulation and have an identical mass (C21H30O2). There is only one small difference – CBD contains a hydroxyl group whereas THC contains a cyclic ring. It is this one tiny difference that distinguishes the two cannabinoids from each other, the way in which they interact with the ECS and therefore their different effects.

People ask, does CBD have THC, because CBD comes from cannabis. It usually comes from hemp for two reasons: hemp has a higher concentration of CBD and very low concentrations of THC. In order to meet the federal requirements for CBD, products cannot have a THC concentration that exceeds 0.3%. 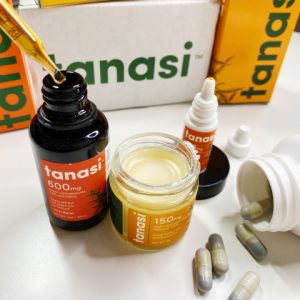 Does CBD Have THC?

There are 3 different classifications for CBD products:

Broad-spectrum CBD and CBD isolates use extraction processes that either entirely isolate the CBD or eliminate the THC entirely. These two classes of CBD therefore do not contain any THC whatsoever. However, full-spectrum CBD products do contain trace amounts of THC in concentrations less than 0.3%. These trace amounts are essentially negligible and should not have any of the negative side-effects of THC.

The answer to the question is therefore more complicated than a simple yes or no. If you are looking for pure CBD that contains no THC, it is best to opt for CBD isolates. But if you believe the researchers that say the effects are best with full spectrum products, then there will be some THC present.

Does CBD Have THC When it Comes From Marijuana?

CBD most commonly comes from the hemp plant and not the marijuana plant. However, if you choose to extract it from the marijuana plant, the product will most likely contain THC. The concentration is also more than likely to be over the legal limit of 0.3%.

CBD products that do contain THC in excess of 0.3% can have mild intoxicating effects as well as the other negative side-effects of marijuana. The effects may differ from person to person and some individuals may experience more severe effects than others. It also depends on the concentration of THC in the CBD products as well as the dosage and how often it is used. Some products with low bioavailability may not even deliver enough of the THC to your system to make a difference.

Conclusion: Does CBD Have THC?

CBD is just cannabidiol. It contains nothing else. In product form, it looks like CBD isolate. But full spectrum hemp extracts intentionally contain every compound the plant has to offer. That includes THC. If you want more than just CBD, but not THC, then go for a broad spectrum product. The general consensus is that all of the components of the cannabis plant work best when they work together. But as with every aspect of these plants, the research and data are still young, and need to grow significantly to be undeniably provable. 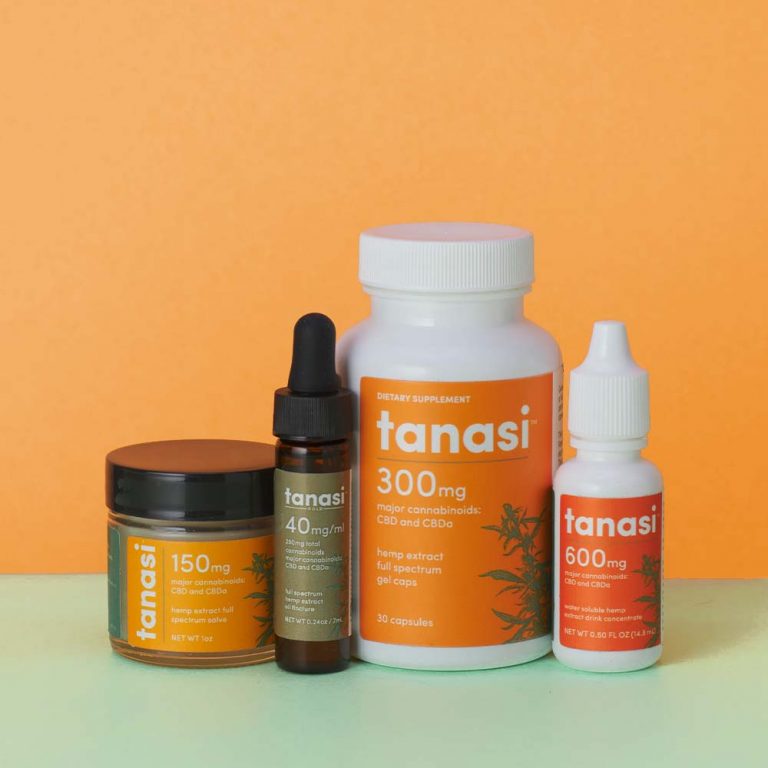 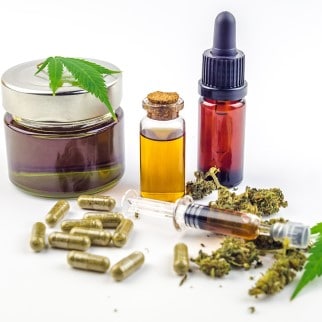 Should You Take a CBD Supplement?

Here’s How to Score the Best CBD Oil Prices