Home / Blog / CBG / CBG vs THC: What We Know About Their Differences 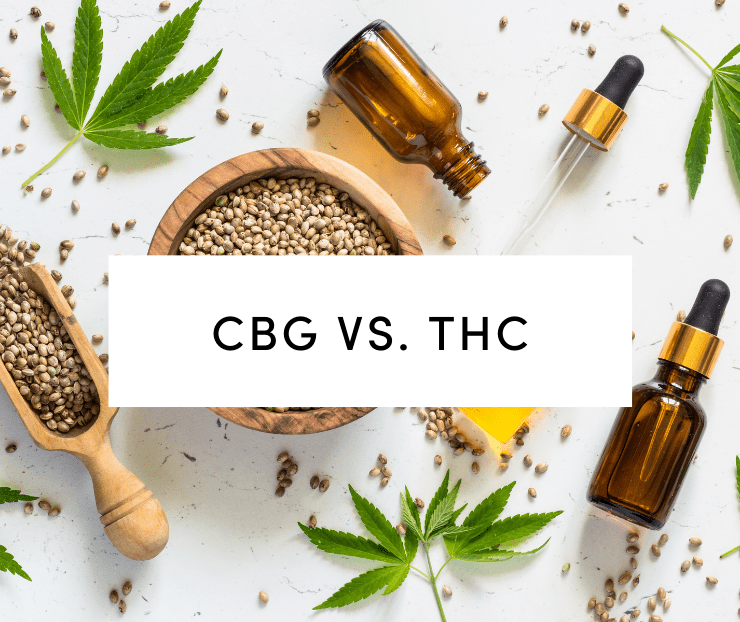 You might have visited this page because you’ve heard a few things about CBG and its health benefits. Perhaps you simply came here to confirm that the “G” isn’t a typo. Regardless of the reason, you should continue reading if you would like to understand all that this cannabinoid entails. The article will look into the most important cannabinoid that nobody talks about. What are the differences between CBG vs THC? Let’s take a deeper look.

Cannabigerol (CBG) is usually known as “the mother of cannabinoids” and has a significant role in how the more prevalent cannabinoids CBD and THC are created. CBG was often overlooked in the past because of its scarcity in the actual plant relative to THC. Lately however, there’s been an increase in demand for CBG as more companies are beginning to focus more on its production. Even though CBG was initially discovered in the 1960s, most of the research has been carried out during the last decade. It’s about time this compound gets the attention it deserves. 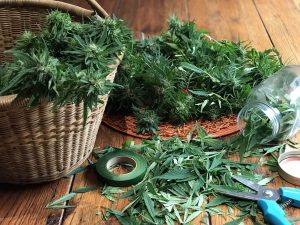 Cannabigerol is one of the many organic compounds present in the cannabis plant – aptly known as cannabinoids. Generally speaking, it is regarded as a minor cannabinoid since a harvested plant will often consist of around 1% cannabigerol (rarely up to 2%).

How does CBG form?

The cannabis plant creates CBGA – with the “A” standing for acid. The importance of CBGA stems from the fact that it is a precursor to the three major cannabinoids: CBD, THC, and CBC. In short, without CBGA, we couldn’t have CBD or THC.

During the cannabis plant’s lifetime, natural enzymes convert CBGA into CBDA, THCA, and CBCA. In turn, these are converted into CBD, THC, and CBC via the process called decarboxylation – the elimination of a carboxyl group with the use of heat. Typically, the small quantities of CBGA that remain on the plant after the formation of other cannabinoids are ultimately decarboxylated and converted into CBG.

The most important thing to learn here is that nearly all CBGA turns into CBDA and THCA early in the process. That means that the quantity of CBGA left for the creation of CBG is extremely low, and is also the cause for the low yields. In comparison to CBD and THC, CBG yields are usually ten or perhaps 20 times lower.

Because of that, one way to derive a CBG rich extract is by harvesting the plant much earlier in the cycle, and before CBGA creates the acidic precursors of THC and CBD. In this case, CBD and THC are sacrificed to maximize the quantity of CBG formed. Another way to enhance the CBG yield is by crossbreeding plants to take advantage of them for CBG production.

What’s the Difference Between CBD and CBG?

Typically, CBG and CBD are both derived from cannabigerolic acid. However, although they do have numerous similarities, they’re also very different cannabinoids. Beginning with some of their similarities, both CBG and CBD act on the endocannabinoid system and generally share a full range of potential benefits.

For instance, cannabinoids have exhibited antioxidant, anti-inflammatory, and antimicrobial properties in various studies. Apart from that, both CBD and CBG mediate THC’s psychotropic effect, i.e., they balance out the “high.” What’s more, they have both been seen to contribute to the entourage effect. This enhances the therapeutic effect of each compound when administered together.

Compared to CBD, CBG has an added advantage in the way it works with the endocannabinoid system. Although CBD has the limited liability of directly interacting with the brain’s cannabinoid receptors, CBG adheres directly to both the CB1 and CB2 receptors and offers more direct impacts to the overall system.

Generally, it is much more challenging to extract CBG from a plant compared to CBD. Because of CBG’s scarcity in the cannabis plant, its overall production is a much more costly and usually more delicate procedure. Many companies choose to deal with the extraction of CBD isolate. It often makes CBG products much more costly and comparatively rare.

Potential Benefits of CBG: What Research Has Discovered

Although CBG initially showed up in literature in 1964, there has been less in-depth research carried out on it compared to the more abundant cannabinoids. Still, there have been many reports about the potential CBG benefits.

According to one of the first papers to study CBG in relation to other cannabinoids (1984) discovered that CBG, CBD, and THC had a positive impact on intraocular tension. However, unlike THC and CBD, CBG didn’t cause various degrees of hyperemia, making it a better potential therapy.

According to a 2008 study, CBG and other cannabinoids contain antimicrobial qualities and show “potent activity against a wide range of methicillin-resistant Staphylococcus aureus (MRSA)” . What’s more, these cannabinoids also appear to contain anti-inflammatory or analgesic properties, and have also shown a lot of promise when it comes to alleviating pain.

A particular 2018 study looked into the binding properties of CBG to both cannabinoid CB1 and CB2 receptors and showed that CBG might lead to useful treatments with therapeutic potential.

Based on a recent (Jan 2020) study, CBG exhibits antibiotic qualities against drug-resistant bacteria. Basically, researchers used CBG to cure mice infected with MRSA (methicillin-resistant Staphylococcus aureus). They realized a similar vancomycin level in vivo efficacy, which was actually applied as the antibiotic control.

CBG has also exhibited potential when it comes to preventing the growth of carcinogenic cells in the colon, protecting the nerves from Huntington’s Disease, reducing inflammation in multiple sclerosis, and treating inflammatory bowel disease (IBD).

What Are the Side Effects of CBG?

Due to CBG’s limited research, there is no relevant information about its potential side effects. In general, from previous CBG research, cannabigerol has very low toxicity. It seems to be easily tolerated, and there haven’t been any harmful side effects observed in normal doses. It’s always right to speak to your local physician before including any substance to your particular regimen. How CBG reacts with other medications could be of particular concern.

CBG vs THC: Can CBG Get You High?

This is among the most commonly asked questions, and the short answer is no. CBG can’t get you high. Although cannabigerol is mildly psychoactive, just like CBD, it is not psychotropic. CBD and CBG affect the brain much differently than THC, and they don’t cause any intoxicating effects. When taken in high concentrations, CBG might induce the effects of euphoria and relaxation. However, most of the effects that this cannabinoid causes on your system aren’t psychological.

At Tanasi, we’ve looked into why CBD can’t make you fail a drug test. Generally, the same case applies to CBG. Broad-spectrum oil and CBG isolate are considered safe to take before a drug test. If your CBG oil does contain THC, there’s a risk of a failed drug test. This depends on the assay’s sensitivity and your product’s THC content. 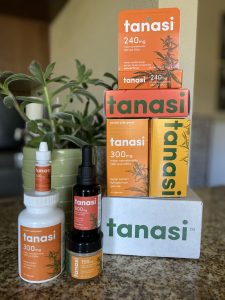 Should You Try CBG Products?

There are very few reasons not to try out CBG products. There are many advantages you can reap and the risk of side effects is very low.  You may be looking for relief from a specific issue, or a solution for an array of issues. Just be sure to consult your doctor if you’re not sure if CBG is the right choice for you.

Yes, at the federal level in the U.S., as long it comes from hemp. Since the passage of the 2018 Farm Bill, hemp and its derivatives were made legal. The law had provisions that specified the legality of all hemp-derived products, such as CBG oil. As of now, all marijuana and marijuana-obtained compounds are still illegal at the federal level. What’s more, over 30 states have come up with their policies allowing the use of marijuana. This would apply to marijuana-obtained CBG oil. Although CBG oil isn’t widely available because of CBG’s low concentrations compared to THC, cannabigerol is present in legally-accessible full-spectrum hemp-derived oils, including CBD oil.

Where Can You Buy CBG Oil?

Generally speaking, CBG oil isn’t as common as CBD oil because of the higher costs linked to its production. Furthermore, where it is presently offered, the prices are relatively higher (usually double) than the already costly CBD oil products. Although CBG usually accompanies broad-spectrum CBD oils and full-spectrum CBD oil products in their formulas, they are often present only in trace amounts.

For those who really want to add CBG to their health regimen, our advice is to simply bite the bullet and purchase CBG oil from a reliable source. One that performs third-party testing is advisable. For those who want the entourage effect and a complete product, choose a full-spectrum tincture. Or, if you’re looking for a THC-free CBD oil, maybe a broad-spectrum tincture.