When most people come across the term cannabinoids, they immediately think of CBD and THC. The latter is known for the psychoactive or high effect generally associated with marijuana. CBD, on the other hand, is known for its potential health properties. However, hemp and cannabis plants are made up of numerous other cannabinoids that have their own benefits. One of the most prominent is CBG, but what exactly is it, and how does it differ from CBD? Well, CBG and CBD are relatively similar. Both are cannabinoids found in both cannabis and hemp plants and offer an array of benefits when consumed. They are also non-psychoactive, meaning you can enjoy their benefits without having to worry about the high effect. CBD or cannabidiol is way more popular, but CBG has been shown to have an array of effects that can help with numerous symptoms. So, how do these two cannabinoids differ, and which one is better for you? Here is a comprehensive guide to CBG vs CBD.

CBG vs CBD: What Are Their Differences?

CBG and CBD are completely different cannabinoids with varying chemical structures and have varying effects on the body. However, given they are from the same family, they have a fair share of similarities. Other than being found in both hemp and cannabis plants, they also have similar extraction means and are consumed in the same way for their health benefits.

THC, CBD, and other cannabinoids actually start off as CBG. Cannabigerol is usually found in the early stages of hemp plant growth and it’s later transformed into varying chemical structures. However, its extraction can be done early in order to manufacture cannabigerol products. Just like CBD, it can be infused into oil and many other forms of consumption.

Just like cannabigerol, CBD is a cannabinoid that is extracted from hemp and marijuana plants for medical uses. It is found in large quantities in these herbs, and that is why it is easy to find and extremely popular. Both of these compounds interact with your body to provide various effects, but their health benefits tend to differ from one another in some ways.

How Is CBG Extracted?

Similar to other cannabinoids, cannabigerol is extracted from hemp or cannabis flower using either ethanol or CO2. From here, the oil is distilled with steam to get rid of plant matter and other impurities.

The result is a honey-like distillate, which is the purest form of CBG. From here, it can be used to formulate a wide array of products. 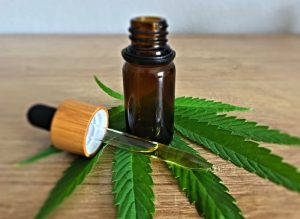 The Benefits of CBG

Just like cannabidiol, CBG has several health effects on the body when consumed. It offers similar benefits to CBD, but it is more effective in some conditions.

According to research, CBG may have potent pain-alleviating effects and recent studies show it might help with cancer by hampering the growth of cancerous cells.

CBG may also help with eye conditions. According to studies, it may help alleviate intraocular eye pressure, which is especially helpful for people with glaucoma. Cannabigerol is also known to have neuroprotective properties and may help with certain neurological disorders. One study showed that it has the potential to help prevent cell degeneration and protect brain health.

Another study found that cannabigerol is better than its counterparts when it comes to preventing muscle contractions. This is very helpful for individuals with bladder problems. The compound ideally has anti-inflammatory and antibacterial effects, thus making it ideal for a wide array of symptoms and conditions.

Where to Buy CBG and CBD?

Both CBG and CBD are extracted from plants for use in health products. You can purchase these and use them to leverage the potential health benefits these compounds have to offer. Cannabis-based products are still illegal in most regions and highly regulated in others, but when it comes to hemp-based products, you can purchase them legally anywhere.

You can purchase cannabidiol online in various quantities. If you just need it for general use, a 750mg bottle with 25mg daily dosage should suffice. However, if you want to consume more CBD or want to use it for an extended period, you might benefit more from a 3000mg bottle for 50 or 100mg daily dose. Similarly, you can also purchase cannabigerol online. These products contain 600mg of CBG from hemp plants, making them legal and safe to use.

When buying any cannabinoid, it is imperative that you look for a reputable dealer. When sourcing any hemp product, be diligent by asking about 3rd party testing to ascertain product quality. You will also want to determine if the supplier provides all the products and services you need to leverage the benefits these compounds have to offer.

How to Use CBG and CBD Oil

You can use these cannabinoids in the same manner. Luckily, they are relatively simple to use for individuals looking to help manage a wide variety of symptoms and conditions. If you’re looking for a tincture, most CBD or CBG oil bottles will come with a dropper containing a specific amount of oil. This dropper is used to apply the product sublingually (under the tongue). You then hold the oil in this position for at least 30 seconds, and the cannabinoids will make their way into the bloodstream, where they will take effect.

These compounds absorb and take effect quickly. In some situations, you will experience the effects instantly, being an excellent remedy when dealing with quick onset symptoms of stress. Some effects of CBG and CBD take a while to build up in the body, and so, taking regular dosages is recommended for the best results. Other ways of consuming CBG and CBD oil include adding it to food and beverages, vaping, patches, and even topical applications.

Keep in mind that due to its distinct attributes, some might prefer CBG for topical applications compared to CBD. This is particularly the case if you are after the skin healing and antibacterial properties that this cannabinoid has to offer. 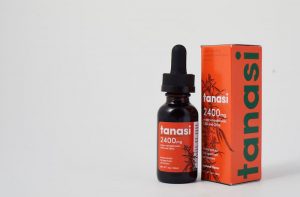 Can You Take CBG and CBD Together?

As mentioned earlier, these are cannabinoids from the same plants, and so, it makes sense to use them together. As a matter of fact, consuming both may provide a synergistic effect known as the entourage effect. According to studies, this effect makes cannabinoids more effective as a result of the interactions with each other in the body.

What Are the Side Effects of CBG Oil?

So far, CBG doesn’t seem to have any severe side effects. Dry mouth and mild drowsiness and the most reported side effects of CBG, but these can also be mitigated by finding the right dosage for you.

How Long Do the Effects of CBG Last?

The duration of CBG effects depends on how you consume it. Vaping, for example, offers whole-body effects that do not last long, while topical application provides long-term effects on the application site.

What Kind of CBD Oil Has CBG?

If you want to get the most out of your cannabinoids or want to take multiple at once in order to leverage the entourage effect, then go for full-spectrum cannabidiol products. This kind of CBD oil contains all the terpenes and cannabinoids extracted from the cannabis plant, including CBG, THC, any many more.

The problem with full-spectrum CBD is that the percentages and ratios of each compound vary widely depending on the cannabis strain. This makes it even harder to control the kind of response you need and can easily find yourself reacting differently based on the type, brand, and batch of CBD oil. Also, it is imperative to note that full-spectrum CBD oil has traces of THC, and while it is not sufficient enough to make you high, it may be enough to appear in a drug test.

On the contrary, if you are on the search for pure cannabidiol without the extra terpenes or cannabinoids, or want to avoid THC because of drug tests or sensitivities, then look for either broad-spectrum CBD or isolate CBD. The former is quite similar to full-spectrum cannabidiol, in that it contains other terpenes and cannabinoids, but it is processed to get rid of all THC traces. Isolate CBD oil, however, is processed to get rid of all terpenes and cannabinoids apart from cannabidiol, thus leaving you with pure CBD.

So, CBG vs CBD – Which One Is Better?

With all this information, you might be wondering, which is the better cannabinoid? Well, both have many health benefits, including the potential ability to boost appetite and alleviate pain. CBD is commonly used for its potential to help alleviate symptoms conditions such as insomnia and stress, while CBG might be better suited for bladder issues and eye conditions.

Both CBG and CBD may be effective for protecting brain health and alleviating pain. They can also work in unison, and so, it is best to take advantage of that entourage effect, giving you the best of both worlds with the aim of improving your health. CBG might have a lot to offer, but both CBG and CBD together may provide the best experience.