Researchers have been studying CBD and THC for a while now. These are the two most well-known cannabinoids in the Cannabis plant because there are many reports describing the multitude of therapeutic benefits. During their research, scientists are also starting to pay more attention to other minor cannabinoids. One of these in particular is CBG. Initial studies found that CBG has characteristics similar to that of CBD, and it also has potential health benefits for people suffering from negative health symptoms. For a better understanding of these two cannabinoids, here is a guide explaining CBG vs CBD, their similarities and differences, and what happens when you use them together. 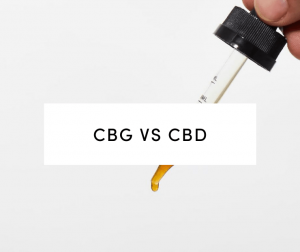 Cannabinoids are plant compounds produced in the Cannabis plant. The plant has over a hundred cannabinoids. These compounds communicate with the body’s endocannabinoid system, which is a system of neurotransmitters and cannabinoid receptors. They extend throughout your central and peripheral nervous system.

Scientists believe that the endocannabinoid system plays an important role in your body. It regulates neural activity, mood and behavior, memory, appetite, coordination, pain, and other cognitive and physiological processes. Each cannabinoid has its own properties and affects the ECS in its own way.

CBD is an acronym for cannabidiol. It is one of the most popular cannabinoids in the Cannabis plant. Researchers isolated CBD from Cannabis in the 1930s. Then, in the 1970s, scientists discovered that CBD may work as an anticonvulsant. In fact, in 2018, the FDA approved an anticonvulsant drug called Epidiolex that is derived from pure CBD. Doctors use it to treat certain rare forms of childhood epilepsy.

Newer studies suggest CBD offers other potential benefits. These include the following:

Clinical studies suggest that CBD has anti-inflammatory and antioxidant properties. This may protect against disorders that are exacerbated by inflammatory processes. And that includes arthritis and some neurological disorders.

Additionally, a CBD user survey revealed that people turn to this compound for migraines, nausea, cancer pain, PTSD, and more.

CBG is an acronym for cannabigerol. It’s a minor cannabinoid, discovered in 1964. Researchers refer to CBG as the predecessor to all cannabinoids. And that’s because cannabigerolic acid, the acidic form of CBG, breaks down to make CBD, CBG, THC, and other cannabinoids. This fact earned CBGA the title of “Mother of Cannabinoids.”

Young Cannabis plants have higher CBG levels. As the plant matures, CBG breaks down and converts to CBD, THC, and others.

The concentration of CBG in mature Cannabis plants is quite small — only about 1%. In contrast, CBD concentration is around 20% to 25%. So, that is one reason why you see many consumer products containing CBD and not many containing CBG. When comparing CBG vs CBD, CBG products are much harder to find.

Studies showed that CBG may help manage inflammatory bowel disease. It may do so by reducing inflammation in the bowel. One animal study showed promising results, so researchers are considering clinical trials with human IBD patients.

Glaucoma is caused by abnormal pressure in the eye. Researchers used CBG to treat cats with glaucoma and found that it reduced eye pressure. It increased the production of an eye fluid that balanced eye pressure. This presents a lot of promise for possible studies on humans.

In a study with mice used for research on Huntington’s Disease, researchers observed CBG acting as a neural protector on brain cells.

CBG may have potent pain-relieving properties as it interacts with the cannabinoid receptors in the endocannabinoid system.

CBG vs CBD: What Are the Similarities?

CBG and CBD are not psychoactive. Unlike their cousin, tetrahydrocannabinol (THC), these two cannabinoids will not cause you to feel “high.”

Both cannabinoids also have promising therapeutic benefits. Currently, there is still limited clinical research on CBG, but the number of studies is growing. The results from preclinical studies on non-human subjects provide a peek into how CBG interacts with the body. Like CBD, it has potential neural protective, anti-inflammatory, and anti-anxiety properties, among others.

What Are the Differences: CBG vs CBD?

CBG and CBD have fundamental differences in their molecular structure. This affects how they bind with the endocannabinoid receptors in the body, which can lead to different results on how certain areas of the body reacts to each cannabinoid.

Each one has its own way of activating receptors. For instance, CBD and CBG have different effects on appetite. A study performed on rats showed that when researchers administered CBD to the rats, they did not consume as much food. However, when researchers administered CBG to the rats, they ate twice as much food as what they normally ate. So, CBD suppressed appetite while CBG stimulated appetite.

In another study, researchers found that CBD and CBG interacted with the 5-HT1A serotonin receptor differently. When CBD bound to this receptor, it acted as an agonist by activating this receptor. This produced an anti-nausea effect. On the other hand, when CBG bound to the receptor, it behaved as an antagonist and blocked the receptor. These findings suggest that when CBG and CBD bind to the same 5-HT1A serotonin receptor, CBG blocks the anti-nausea effect of CBD.

Because CBG exists in such low amounts in a Cannabis plant, it is more difficult for growers to extract this compound. That raises the scarcity and the production cost of the compound. In contrast, CBD is more abundant, and therefore much easier for growers to extract. For that reason, consumers find more products containing CBD than CBG. Because there is growing interest in CBG, the industry is looking into improving production methods to make CBG more available.

Using CBG and CBD Together 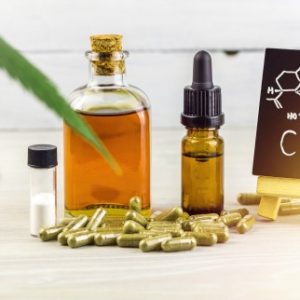 Many studies have reported that using a combination of cannabinoids produces exponential benefits when compared to using just one cannabinoid. The reason is the entourage effect where the cannabinoids enhance the benefits of each other.

For CBG and CBD, some of their effects balance each other. How they interact with the 5-HT1A serotonin receptor is one example, as mentioned above. Another example is how CBG can cause some people to feel sleepy while CBD can cause them to feel energized.

Because both cannabinoids have pain reduction, anti-inflammatory, and anti-anxiety benefits, these benefits can potentially be enhanced when CBD and CBG are used together. So, CBG and CBD can balance out each other in some ways and enhance each other in other ways.

Research continues on the major cannabinoids, CBD and THC, but scientific and consumer interest in CBG is growing. More studies on CBG and other minor cannabinoids are no doubt in the works so we can gain a better understanding and appreciation on the versatility of the humble Cannabis plant. Because individuals can have varied reactions to cannabinoids, always consult with your doctor before you use one for the first time.