Although the cannabis plant has over 400 chemical entities, the cannabis industry focuses only on two; THC and CBD (cannabidiol). However, the marijuana and CBD industry has, in recent times, witnessed the rise of other cannabinoids as well.

One particular cannabinoid becoming more popular with each day that passes is CBG, also known as cannabigerol. Known for its anti-microbial, anti-inflammatory, and anti-bacterial properties. Cannabigerol is yet to get the same recognition its more mainstream cousins have.

Sooner than later, CBG will come to share the spotlight with CBD and THC. This thanks to the many impressive medical benefits it has.

What Is CBG, Exactly?

CBG or cannabigerol is a minor cannabinoid. Produced when the cannabigerolic acid (CBGA) molecule becomes exposed to heat or UV rays. Even though CBC, THC, and CBD are all considered CBG’s chemical relatives, CBG is not as common as THC and CBD.

How Is Cannabigerol (CBG) Made? 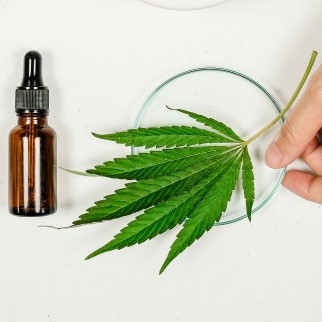 CBG occurs in low amounts in most cannabis strains. For this reason, scientists in the marijuana and CBD industry consider cannabigerol to be a minor cannabinoid. The hemp plant produces CBGA (cannabigerolic acid). CBGA is a predecessor compound to CBDA (cannabidiolic acid), CBCA (cannabichromenic acid), and THCA (tetrahydrocannabinolic acid).

During a cannabis plant’s lifetime, natural enzymes convert CBGA into CBDA, THCA, and CBCA. Those are the acid forms of CBD, THC, and CBC. CBDA, THCA, and CBCA undergo decarboxylation, whereby heat applied removes a carboxyl group. After forming these, the remaining small amount of CBGA in the plant becomes decarboxylated and forms CBG. To put it simply, CBD or THC would not exist without CBGA.

A considerable portion of the CGBA coverts to CBDA and THCA earlier. Meaning, very little CBGA remains for the formation of CBG. That explains why cannabigerol has lower yields compared to THC and CBD. THC and CBD have yields that are 10-20 times more than CBG’s.

To obtain high yields of CBG, you must harvest the cannabis plant in its earlier stages. That is before the formation of the acidic predecessors of THC and CBD by CBGA. And keep in mind that, to maximize the production of CBG, you have to sacrifice CBD and THC.

You can also increase cannabigerol yields by crossbreeding different cannabis plant strains. However, we don’t advise this method as a DIY because it’s complicated and better left to professionals.

CBG vs. CBD: What’s the Difference?

Beginning with the similarities, CBD and CBG share a wide range of medical benefits and act on the endocannabinoid system (ECS). For instance, studies confirm cannabinoids exhibit anti-oxidant, anti-microbial, and anti-inflammatory properties. Also, both CBD and CBG have very little psychoactive effects. That is because both have very little content of THC, the psychoactive compound found in cannabis. Research shows that both of them also partake in the “entourage effect.” That is, when taking CBD and CBG together, they magnify each other’s therapeutic effects.

Putting organic properties aside, extracting and producing cannabigerol is much harder than CBD. CBG is very scarce in the marijuana plant. Likewise, extracting it is quite expensive, and the process is complex too! Right, now the majority of the companies in the marijuana and CBD industry focus on making CBD products. For these reasons, CBG products are rarer and more expensive.

What Are the Potential Benefits of Cannabigerol (CBG)? 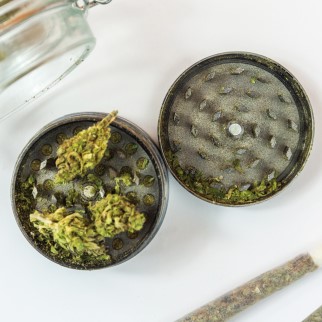 Although CBG seems to have numerous benefits, there are still not that many studies on it as with CBD or THC. More research needs to be done on cannabigerol to comprehend the full medical benefits it can offer. Most studies regarding CBG were incidental in its researching of it. Meaning, most of the studies focused on other cannabinoids in the beginning. These cannabinoids were the most popular ones THC and CBD.

Yet, during it, the effects of cannabigerol were also recorded. When the compound became known as a force to reckon with itself, research focused on it followed. The studies so far are not that many, but they confirm CBG’s and the other cannabinoids’ capabilities. But there are many reasons to be optimistic about cannabigerol’s potential, even with little research still. So, what are the potential medical benefits of CBG?

CBG appears to have incredible anti-bacterial and anti-microbial properties. For example, A study about CBG and its potential in treating methicillin-resistant Staphylococcus aureus (MRSA). MRSA is a staph infection that has a high resistance to some antibiotics. Researchers found out that cannabigerol could target it with efficacy.

In 1990, scientists published a study involving THC and CBD. The research’s goal was to examine how THC and CBG could help minimize intraocular pressure in a cat’s eyes. They concluded the cannabinoids could provide therapeutic benefits to glaucoma patients. The same study’s results replicated years later when focused on CBG exclusively.

In 2007, researchers published a study about treating psoriasis’ inflammation with cannabinoids. Psoriasis is a chronic skin condition sparked by an overreactive immune system. Scientists discovered that using cannabigerol and other cannabinoids could potentially address psoriasis’ inflammation. Also, in 2013, the anti-inflammation properties of CBG went to the test in an animal study. It showed CBG was capable of minimizing colon inflammation in rats. It concluded that cannabigerol had the potential to treat the symptoms of inflammatory bowel disease.

In 2015, Neurotherapeutics studied the relationship between CBG and neurodegenerative conditions. The study used lab mice as subjects, and the researchers found that cannabigerol actively acted as a neuroprotectant. It also increased the degree of anti-oxidant defense. Findings suggest that cannabigerol can help treat neurodegenerative conditions like Huntington’s disease.

Numerous studies have discovered that CBG could impede the growth of tumors and other cancer cells. Researchers came to the conclusion that plant-derived cannabinoids with no psychoactive properties could slow tumors’ growth. A previous study on carcinogenics done in 2014 further supported these findings. Scientists made a similar conclusion that CBD could discourage the growth of tumors in colon cancer patients. An even older study published discovered that cannabigerol could effectively treat breast cancer.

Additionally, in a 2016 study on lab rats, scientists found that cannabigerol could stimulate the appetite. This discovery was beneficial in the treatment of chemotherapy patients.

A study examined how bladder contractions were affected by five different cannabinoids. Researchers discovered CBG performed best out of all cannabinoids at impeding muscle contractions. This shows that cannabigerol may be viable for use in addressing bladder dysfunction.

Can I Use CBG If I’m Taking Other Medications?

Due to the limited research done on CBG, there is no concrete information about cannabigerol’s potential side effects. From the little research on cannabigerol and anecdotal evidence, CBG has low toxicity and is highly tolerable. Also, no significant side effects are observable when taking CBG in small or average doses.

However, if you are on some other medications, consult with your doctor before taking CBG regularly.

Can CBG Get You High?

No, cannabigerol can’t get you high. Like CBD, CBG has very mild psychoactive effects but doesn’t have any psychotropic effects. CBD and cannabigerol will not get you intoxicated because they have different effects than THC. Consumed in large doses, cannabigerol induces relaxation and feelings of euphoria—nothing else. You will not experience the same perception-altering effects that THC gives out. So, don’t worry if you have a big presentation or family gathering soon. CBG will not have you acting all ‘high’ from it.

What Is CBG – The Takeaway

Although overlooked, CBG is becoming harder to ignore due to its potential impact on the medical marijuana industry. Slowly but surely, cannabigerol is gaining traction in the industry. Though a minor cannabinoid, all signs point toward CBG having an enormous impact very soon.

The promises of CBG are high. Yet, there’s little research on its interaction with other prescribed medications and long-term effects. Researchers and experts recommend caution when using cannabigerol and its products. That at least until we have extensive, reliable, and conclusive data.

Very little cannabigerol is currently in production because it is challenging to produce in massive quantities. Its scarcity in the cannabis plants and the difficulty of extracting it don’t offer any help. Since there’s no way to make massive amounts and the process is also complicated, don’t expect CBG’s prices to fall anytime soon.