Home / Blog / CBG / CBG and Weight Loss: What Is The Relationship Between Them?

CBG and Weight Loss: What Is The Relationship Between Them? 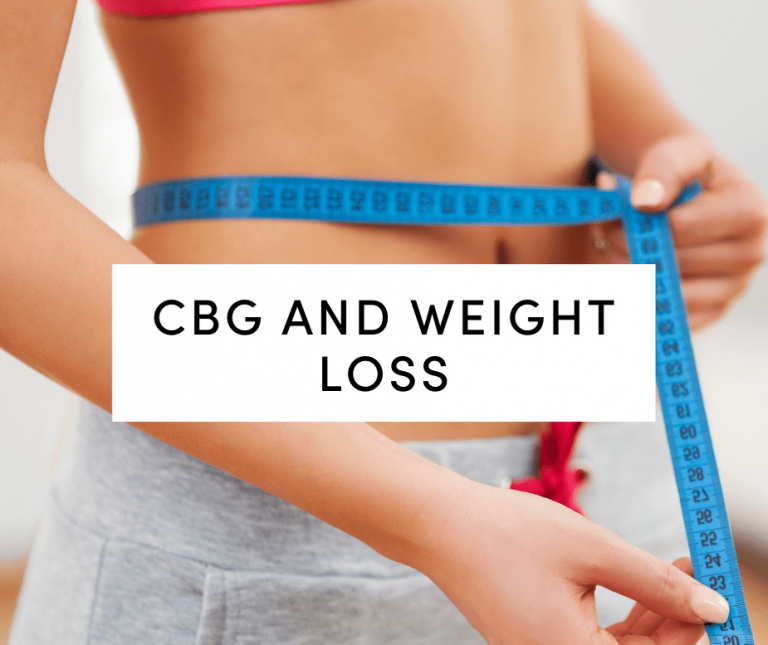 You may have come to this page because you’ve heard something about CBG  (cannabigerol) and its potential benefits, or simply want to ensure the ‘G’ isn’t a typo. Either way, you may want to stay for a bit longer as there’s a lot to learn about CBG and weight loss.

In this article, we are going to take a deeper look at the most important cannabinoid people rarely talk about. CBG is usually called ‘the mother of cannabinoids’ and plays a vital role in how the popular cannabinoids CBD and THC are formed. While usually overlooked due to its rarity, CBG has recently gained a lot of traction as more companies begin to focus on its production. Cannabigerol was first discovered in the 1960s, but most of the research has been done in the past decade. Before specifically addressing weight loss, let’s find out a little more about “the mother of cannabinoids.” 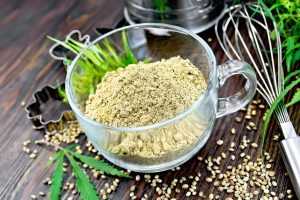 CBG is one of the many organic compounds known as cannabinoids found in the cannabis plant. It’s considered a minor cannabinoid, as the source plant will generally contain up to 1% of the compound. But how is it made?

As the cannabis plant grows, enzymes transform CBGA into CBDA, CBCA, and THCA. These are then turned into CBD, CBC, and THC through a process known as decarboxylation. The small amounts that remain after the formation of other cannabinoids are decarboxylated and converted into cannabigerol.

The takeaway here is that almost all cannabigerolic acid turns into CBDA and THCA early in the process. As a result, the amount left for CBG formation is low, which is the reason behind small yields. Compared to CBD, the cannabigerol yields are usually 10 or up to 20 times less. As such, the only way to get a CBG potent extract is by harvesting the cannabis plant earlier in its cycle, before cannabigerol acid forms the precursors of THC and CBD.

While cannabigerol first appeared in scientific literature in the 1960s, it has not been as thoroughly researched as the more readily available cannabinoids. However, there are still many reports about the product’s potential benefits, specifically weight loss. 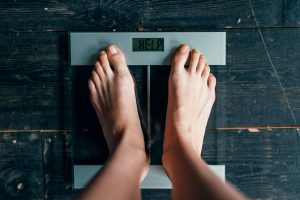 Shedding weight is a huge goal for many people. About 40% of United States residents are considered obese, and according to statistics, half of all Americans (50%) will be obese in the next decade or so. These are extremely concerning numbers that show a lack of health and fitness among US residents. When you factor in those who are overweight but not necessarily obese, these numbers can easily double. Being obese or overweight brings along many adverse health risks like diabetes, heart disease, and high blood pressure.

CBG and Weight Loss: Is There a Link?

As with most cannabinoids, there is a relation between CBG and weight loss. Although it is primarily indirect, it exists nevertheless. Studies in the past have shown that individuals who consume cannabis on a regular basis are less likely to become obese or overweight compared to those who don’t use cannabis or cannabis products like CBG. Also, it has been shown that individuals who use cannabis products are more likely to have a lower Body Mass Index (BMI).

So How Does CBG Help With Losing Weight?

Cannabigerol can help you shed weight in an array of ways, most of which work indirectly. The most notable include:

Lipogenesis is a process whereby acetyl-CoA (a metabolic intermediate) is converted into triglycerides for the purpose of fat storage. In some situations, particularly positive energy balance, excess energy gets stored as fat in the adipose tissue. This can result in obesity. According to recent studies, CBG anti-inflammatory properties can help limit excess lipogenesis and therefore prevent obesity.

As mentioned above, fat deposition in the adipose tissue happens when your body’s metabolic rate is low, but calorie intake is high. Eating high-fat and carb-rich foods on a regular basis can lead to the accumulation of excess fat in the tissue and ultimately cause obesity. As such, excess fat needs to be burned regularly. CBG is known to boost the metabolic rate in the body, which in turn helps burn excess body fat.

Studies also show that CBG may reduce stress, anxiety, and improve mood. This can help you avoid unhealthy food consumption, particularly junk food or eating in between meals. With an improved mood, you are more likely to eat healthier and avoid gaining unnecessary weight.

Cannabigerol is also known to spur better emotional and mental health. It’s well known that when individuals are stressed or in a bad mood, they tend to ”eat their feelings” away. They’re also more likely to overeat during meals. With CBG promoting better mental health and emotional state, you are less likely to snack or eat unnecessarily.

Energy homeostasis is the process the entails a well-synched homeostatic calorie intake and usage control. Your hypothalamus, found in the brain, plays a vital role in maintaining balance by creating a hunger sensation through an array of signaling pathways.

Calorie intake represents the energy inflow taken up through the consumption of food and beverage. Energy expenditure or calorie-burning denotes the internal heat generated and a measure of physical activity or external work.

When the number of calories used is less than those consumed, a positive energy balance happens, and the excess is stored in the form of fat in fat cells (adipocytes).

Under certain conditions like hypothermia and pregnancy, fat storage is required. However, under normal circumstances excess fat storage just contributes to obesity. Weight loss happens as a result of negative energy balance or when the calorie usage exceeds the intake.

A number of studies have been done to understand the mechanisms behind energy balance homeostatic control. Scientists have tested various compounds to find components that encourage negative energy balance. In the past few years, cannabinoids have become popular in the field of weight loss because of their anti-obesity effects.

Research is constantly being done on the diverse effects of phytocannabinoids, such as CBG on animal subjects. It has been established that cannabigerol consumption increases both the activity and number of mitochondria. In turn, this boosts the body’s ability to expend more calories, resulting in a negative energy balance.

CBG and Weight Loss: Are There Side Effects?

Given that research on CBG is still in its infancy, there’s not much solid information regarding the potential side effects of the substance. From previous research on CBD and what we know, CBG seems to have low toxicity, can be easily tolerated, and as long as it’s consumed in normal doses, no adverse side effects have been observed.

Will CBG Get You High?

No! Like CBD, CBG is not psychotropic. It might be from the same plant as THC, but it affects the brain in a different way and doesn’t come with intoxicating effects. When consumed in high concentrations, it can induce euphoria and relaxing effects, but most of the effects in your system aren’t psychological.

One reason cannabigerol isn’t as common as THC or CBD oil is because of the higher costs involved in the production. Also, where it’s offered, the prices are higher— sometimes double the cost of CBD products.

While both broad-spectrum and full-spectrum CBD oils usually contain CBG, it’s often included in trace amounts. So, if you specifically want to add cannabigerol to your regimen, it’s best to just bite the bullet and purchase CBG oil from a reputable dealer and preferably one that conducts third-party testing.