Home / Blog / CBG / CBG And Mental Health: How Does It Help?

The use of cannabis to relieve symptoms of anxiety, depression, and other mental health conditions is not a new trend. However, which cannabinoid is the most beneficial has often been up for discussion. Finding a sustainable, effective, and healthy routine is of utmost significance. Prescription antidepressants could have many unpleasant side effects. Among them, dizziness, blurred vision, insomnia, weight gain, sexual dysfunction, nausea. Also, it’s not uncommon to hear former patients report suicidal thoughts when on prescription drugs.

That is the main reason why researchers are now focusing on individual cannabinoids as a potential solution to this issue. Before reading on the relationship between CBG and mental health, you need to understand what CBG is.

Cannabigerol is regarded as a minor cannabinoid since its cannabis availability is typically at very low levels – usually less than 1%. Since it plays a significant part as a precursor to other cannabinoids, CBGA has popularly earned the name “Mother of Cannabinoids.” It’s potential to synthesize major cannabinoids is what brought it into the limelight. Consumers, investors, and researchers are now taking note of it.

CBGA (cannabigerolic acid) is a direct line to three primary cannabinoids. Cannabichromenic acid (CBCA), cannabidiolic acid (CBDA), and tetrahydrocannabinolic acid (THCA). The exposure to light or heat in a process called decarboxylation will cause them to change. CBCA, CBDA, and THCA will lose their carboxyl acid group and be CBC, CBD, and THC, respectively.

But with CBGA, specific enzymes break it down, and it’s instantly converted to CBCA, CBDA, or THCA. As a result, THC means less CBG due to the distinct way these compounds interact and get synthesized.

Some stains allow the natural conversion of CBGA to CBG. Typically, these strains have low THC levels and can easily pass compliance standards. Farmers are now looking into plant cross-breeding and other genetic manipulation. They want to get more flowers with these higher levels of CBG. 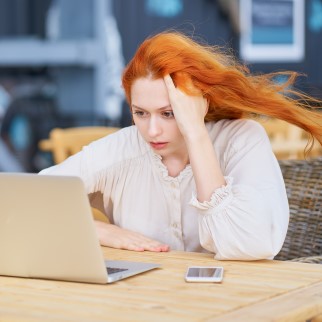 Generally speaking, CBG dosing varies from one person to another. The CBG amount you require depends on a wide range of factors, such as genetics, weight, age, and other factors. It would be prudent to consult a medical expert before trying out new CBG products.

CBG research is still in its early stages when it comes to mental health issues. There’s limited support for the usage of CBG oil for certain mental disorders. Some of these disorders have had minimal research done to determine whether CBG could help with the related symptoms.

Recent studies show findings saying that CBG dosing indeed has potentially beneficial effects. They seem to be significantly higher than those from products more widely sold to consumers today.

What’s more, for those who don’t seek any treatment, CBG could provide them with some anxiety relief. Their effects might or might not be similar to the better effects of prescription medications. But they come with none of the addictive and dangerous side-effects associated with them. It’s a much thoughtful choice than not seeking treatment at all and suffering the effects of anxiety. These include heart conditions, high blood pressure, depression, and even suicidal thoughts.

CBG and Mental Health: What the Research Says

Although there’s little research as of now, there are many potential therapeutic CBG uses that we already know about. It could help address symptoms of Huntington’s disease, colorectal cancers, inflammatory bowel disease, and glaucoma.

Another point of interest is CBD’s role in mental health and clinical depression. According to several researchers, CBG can prevent serotonin and GABA uptake in the brain. That could result in increased levels of those brain’s neurotransmitters. There are links between depression and decreased levels of both serotonin and GABA. For this reason, CBG is a promising option for people suffering from this disorder.

The other interesting part is that CBG appears to prevent uptake better with GABA than the other cannabinoids -THC and CBD. It’s noteworthy since, like CBD, CBG is a non-psychoactive and doesn’t cause any intoxicating effects. It can also be a mild, alternative mood booster.

According to a 2015 study on rats and humans, high anandamide levels played a role in mood improvement and fear reduction. After preventing the enzymes that break down anandamide, it led to a reduction in anxiety and fear of perceived threats. That one is another boost for research on depression and CBG.

CBG And Mental Health – Why Not CBD or THC?

CBG may help patients suffering from pain. But how does it help? What ingredients in CBG provide patients with relaxation? There are different forms of cannabidiol. As of now, we know of eighty-five different cannabinoids so far. In general, CBG ranks among the most natural cannabinoids so far discovered. Undoubtedly, it is mainly because of the positive impacts that CBG provides. CBG is proven to bring a positive effect on both our mental and physical health.

Since CBG always has a low THC content, CBG users won’t encounter any psychoactive effects. The lack of THC is actually what makes CBG a more practical option to relieve pain. It is also why most researchers are paying much attention to CBG than almost any other cannabinoid on the market. Although they typically come from the same plant, CBG’s/CBD’s effects are much different. Based on users’ extensive reports, CBD offers better physical relief while CBG and mental health get along better.

Sleepless nights, constant worrying, and the associated anxiety will bring even more anxiety to your body. Over time, this will deprive your body of its proper function and overall health. Several studies have shown that CBG has a positive impact on anxiety patients. Lots of individuals with anxiety have used CBG to address their psychic pain. Many have reported that they stopped having anxious thoughts while lying in bed.

So, if anxiety is stealing your chance of a good night’s rest, CBG might be a suitable compound for you. Besides, it might help you improve your mood by suppressing stress. Many people prefer to take CBG gummies and other types of edibles. CBG also helps some patients who are struggling with depression. CBG has exhibited signs of being  effective against symptoms of depression, especially in edible form. Using CBG might result in a more stabilized appetite, sleep, and mood. Your anxiety and depression may then take a step back from your mind.

One of the things you ought to be careful with CBG is taking the proper dose for your body. A thinner person should take a lighter dose, and vice versa. However, it is always good to speak to a doctor to decide the proper dosage for you and to ensure that CBG is suitable for your body. Otherwise, you might not be able to enjoy its health benefits if CBG turns out to be not compatible with your body.

How Do You Buy CBG Gummies for Anxiety? 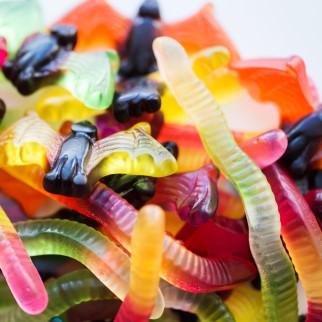 Among the most convenient – and exciting – ways to take cannabigerol (CBG) is through CBG gummies. It is always crucial to do your research to see that you’re purchasing a quality product. By far, the best way to go about it is to buy CBG gummies online.

Most stores online have a variety of CBG gummies (and other CBG products) that can help you treat your anxiety disorder. Since these are all made using hemp CBG oil, you can legally order them for consumption.

Many users report good results after using low doses of CBG. We recommend you begin with a small dose and gradually increase your dosage until you see the kind of results you seek. Begin with a minimal baseline dosage around 2-5 mg, 2-3 times daily.

To reiterate, CBG appears to offer greater effects when it comes to generalized anxiety disorder, OCD, PTSD, social anxiety, and other types. Studies show that a relatively higher dosage of CBG is better for alleviating anxiety symptoms. For example, a study discovered that a single CBG dose of 600 mg helped minimize social anxiety. Different studies found that anywhere between 100 mg and 600 mg would lower anxiety.

Compared to other CBG products, CBG gummies are a better option to address body aches, stress, and anxiety. The effect of edibles often lasts relatively longer than other CBG infused products. In general, the effect of these gummies might last for anywhere around 4 to 6 hours. However, this time frame varies from one user to another due to weight, age, and other factors mentioned above.

CBG and Mental Health – The Takeaway

It would be best if you spoke to your primary care physician before taking any new supplement. There will need to be more research. But currently, CBG shows signs of helping with depression, anxiety, and other mental health conditions. There have also been very few reports of side effects from CBG users. Throughout the world, many consumers choose CBG. All because it’s a natural supplement that may offer much relief.

What Is CBG and How Can I Use It?