CBD Receptors In The Liver 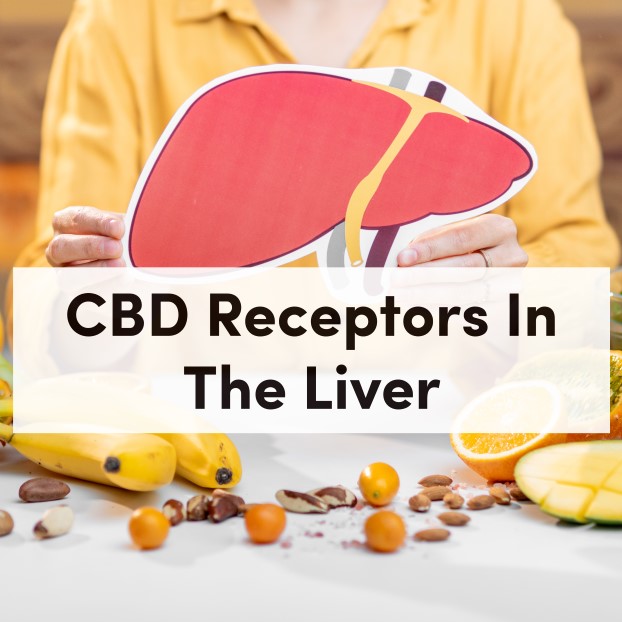 Our bodies’ CBD receptors, along with both internal and external cannabinoids, are attracting interest for their potential to combat liver diseases. Through activation of CB1 receptors, the endocannabinoid system (ECS) seems to have an effect on our livers. Particularly in conditions such as non-alcoholic fatty liver disease (NAFLD), liver fibrosis, cirrhotic cardiomyopathy, and portal hypertension. This article will dabble into CBD, how it impacts the liver’s functionality, and whether it can address chronic liver diseases. 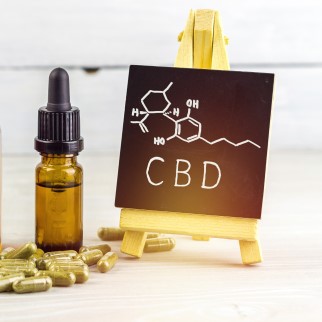 CBD is an acronym for Cannabidiol, the name given to a specific compound from the marijuana or industrial hemp plants (Cannabis Sativa L). The compound gained a lot of attention in the past several years due to its potential therapeutic properties. A cascade of studies pointed to and continues to research its therapeutic effects for several conditions. Chief among them:

CBD particularly does not contain high concentrations of tetrahydrocannabinol or THC, the psychoactive component found in marijuana. THC is responsible for the ‘high’ experienced after weed consumption. Even though CBD and THC are both cannabinoids, consuming CBD will not get you high in any way. That will allow you to enjoy the potential therapeutic benefits of cannabis without experiencing any psychoactive effect. Your body takes advantage of Cannabidiol’s biological properties due to its interaction with the ECS system within it. Specifically, the CB1 and CB2 receptors, as well as endogenous cannabinoids like anandamide.

The Liver and Common Diseases

The liver is one of the most vital organs in the body and responsible for many of its functions. Those include detoxification, enzymes activation, nutrients storage, bile secretion, digestive aid, drugs, and medicine metabolism. It also participates in the synthesis of essential serum proteins, among many, many other things.

Diseases that affect the liver go by the name of hepatic diseases. Many environmental and endogenous agents can affect this vital organ. These conditions include jaundice, hepatitis, cysts, cirrhosis, hepatic encephalopathy, and even cancer.

If you want to live a relatively healthy life, it is vital that maintain a healthy liver. The organ is just that important for your overall health and functioning of your body.

CBD Receptors in the Liver – The Endocannabinoid System

To understand how CBD and its receptors connect with the liver, first, we have to take a look at the endocannabinoid system (ECS). This is a biological system in our bodies made up of three primary components: endocannabinoids, certain enzymes, and receptors. This complex network present throughout the body is responsible for interacting with cannabinoids, producing different effects. Many refer to it with the rather grandiose moniker of ‘the bridge between the body and mind.’ Research so far indicates it’s actually not just for show.

The endocannabinoid system handles vital cognitive and physiological functions. These include mood, appetite, chronic pain, cardiovascular function, digestion, motor control, inflammation, etc. An extensive number of cannabinoid receptors make up the bulk of the system. Of those very same cannabinoid receptors, there are two kinds spread throughout the body, CB1, and CB2.

CB1 receptors are present all over the body, but mostly in the brain and spinal cord. CB2 receptors are primarily present in the peripheral nervous system. The latter are usually associated with inflammation and immune system response. Cannabinoids, like CBD, bind with these receptors, which affects various bodily functions and organs, one of them being the liver.

CBD Receptors in the Liver – How CBD Acts on The Liver?

As mentioned earlier, the ECS is present throughout the body. Its receptors consistently show to be a potential target for the treatment of liver diseases. Cannabidiol interacts with the ECS through CB1 and CB2 receptors and, in doing so, delivers its many therapeutic benefits.

According to studies, it exhibits antioxidant, anti-inflammatory, immune-modulatory, and anti-ischemic properties. All of which can be helpful when dealing with chronic liver diseases. Here are the details on some of the effects CBD has.

Hepatitis is a condition characterized by the inflammation of the liver. Viral hepatitis happens to be one of the most severe infectious diseases of the liver. Five different virus types cause it. Hepatitis A, B, and C are responsible for a staggering number of deaths worldwide. They can ultimately lead to liver cirrhosis and cancer. Also, reports consistently point that hepatitis on a global scale has been on the rise. Given it has no vaccine or effective preventive methods at the moment, its presence is almost guaranteed to continue growing.

According to research, CBD has therapeutic potential in viral hepatitis, particularly Hepatitis C. A study published in the Pharmacognosy Research journal assessed Cannabidiol’s effect on hepatitis B and C. The result showed that a mere ten micromoles of CBD concentration are enough to inhibit the virus replication by almost 87%. Cannabidiol showed a dose-dependent inhibition of hepatitis C with little to no toxicity towards the cells.

The study also showed that CBD is useful this way because of its effect on the CB2 receptors. The cannabinoid has an indirect interaction with the CB2 receptors, which causes immune cell death. This, in turn, hampers the growth of T-cells responsible for autoimmune attacks on liver cells. 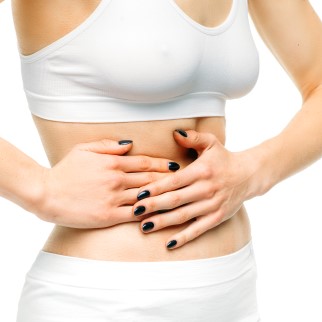 There is no denying that any condition affecting the liver is painful. Consuming CBD may allow you to tap into the body’s natural healing powers. This is actually one of the reasons CBD became a popular supplement in the first place. The popular analgesic effect of the cannabinoid may provide relief from chronic liver disease’s pain as well.

When you consume CBD, it interacts with the ECS, boosting its function. The compound inhibits FAAH, a fatty acid involved in anandamide’s breakdown. That helps the body retain more anandamide everywhere, including the liver. Therefore, more anandamide will bind with cannabidiol receptors in your liver. That, ultimately, may help manage the body’s response to pain.

Emerging evidence suggests that cannabinoids play a vital role in modulating fatty liver. So far, evidence points out this is through the liver’s activation of CBD receptors. Steatogenic agents such as a high-fat diet and ethanol can upregulate CB1 receptors’ activity. They do this via increasing synthesis of endocannabinoids, 2-arachidonoylglycerol, and anandamide.

Research is still ongoing to understand the complete mechanisms behind the endocannabinoid system. So far, the system presents an excellent opportunity for scientists and enthusiasts to develop treatments for ailments like chronic based on cannabinoids.

The ECS, as mentioned before, manages a variety of functions. The signaling molecules CB1 and CB2 serve as therapeutic targets for a lot of conditions because of their influence throughout the body. According to research, through the ECS, the body produces some effects that might prove rather beneficial against liver conditions. Those conditions include alcoholic fatty liver disease.

Fatty liver disease in itself is an onset of liver cirrhosis from fibrosis, hyperdynamic circulatory syndrome, cirrhotic cardiomyopathy, and more.

CBD appears to interact indirectly with CB2 receptors, known for its association with immune and inflammatory responses. Their interaction mainly happens during an ischemic response, which occurs during liver surgeries.

There’s a lot of variation when it comes to dosage and usage of CBD. Both the condition you’re addressing and the quality of the product are determinant factors, as well as the age and weight of the user. More often than not, CBD products available have a strength varying from 100 to 600 milligrams.

Based on users’ accounts and case studies, we can suggest that 600 to 1200 milligrams per day is the most commonly used dose. Consumption of up to 1500mg per day is tolerable for short term use and should not trigger any side effects.

With this in mind, it’s advisable, to begin with, the lowest effective dose and gradually work the dose up. You can achieve this by taking CBD and closely monitoring yourself to pinpoint at what dose do you begin to feel the effects. The most common ways of consuming CBD include candies or gummies, inhalation by vaping, sublingual and topical through creams and patches.

Although CBD users rarely report adverse side effects, using the substance for an extended period can lead to minor discomfort. Drowsiness, dry mouth, low blood pressure, and appetite change are some of the most commonly reported symptoms. CBD also interacts with common medications like anesthetics, anti-epileptics, anti-anxiety, antibiotics, beta-blockers, anti-depressants, and non-steroidal anti-inflammatory drugs result in its impact on the enzymes found in the liver.