CBD Receptors in The Eye 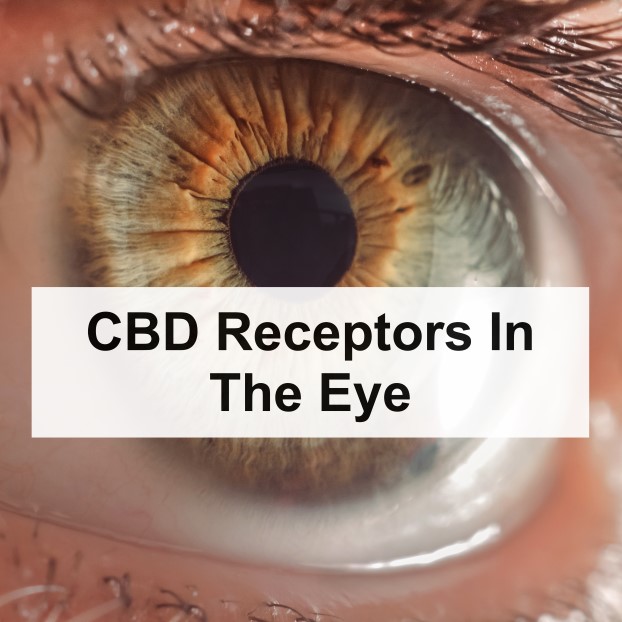 Culturally, the public talks about cannabis as a substance that may heighten the senses. A classic showcase of that is when concert-goers and musicians use weed to heighten the auditive experience. Also, many users have felt “the munchies” and can vouch for its ability to enhance the sense of taste. As you might already know, your body’s endocannabinoid system has an essential role in eyesight. Although the phenomenon is a subject of debate, it seems to be very real. CBD receptor agonists (such as marijuana) and antagonists (such as Rimonabant) both induce changes in eyesight. Generally speaking, eye-injections of antagonists tend to result in incorrect and unstable retinofugal projection. This is essentially the relationship between the brain and the optic nerve.

CBD Receptors in The Eye – What Research Says

Many studies involving eyesight and the endocannabinoid system take place during development stages rather than in adult organisms. Researchers from the University of Montreal made a new study to establish the differences in vision between a group of adult mice with CBD receptors and another group without. Researchers basically deleted the CB1 receptor’s gene from the mice DNA before birth to have adult mice without CB1 receptors. This method goes by the name of “knock-out” mice. Named so because the researchers “knock out” the gene of that selected mice group to contrast it with the ‘normal’ group.

In that study, 13 normally developing mice and 21 knock-out mice were the subjects. The ultimate goal was to put both mice groups to numerous neural-visual tests and determine how general vision without cannabinoid receptors is affected. Since directly imaging their brain in real-time would have been challenging, researchers had to opt for surgical techniques. As a result, researchers began by putting these rodents to sleep and then cutting holes in the rodent scalps above the brain area that usually controls vision.

The next step was gluing imaging chambers directly onto the rodent scalps above the holes. That way, they could scan the brain in real-time. Because of this complexity, they took the time to monitor the rodents’ vital signs during those experiments carefully. Chemical euthanization of the rodents always took place after the experiments.

CBD Receptors in The Eye – The Experiments 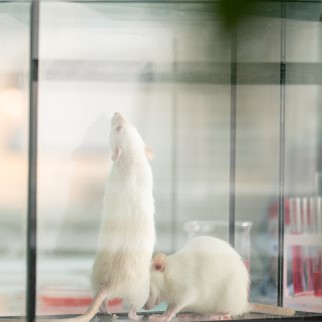 Due to the very invasive nature of the procedure employed in this study, there has not and will not be a human version of it. Mouse brains and human brains are, obviously, very different. Yet, many similarities exist between rodent and human vision. Thus, the study’s results should give us some insights about the CBD receptors in the eye of humans.

The study began with putting the rodents in a screening chamber. Here, they were made to face a tiny digital screen flashing various patterns. White vertical and horizontal bars moved over a black background to create basic visual response maps. From there, to determine “selectivity to spatial frequency” and visual contrast, they made sine waves flow throughout the screen at different angles.

On a technical definition, spatial frequency is the level of detail seen per degree of visual angle. It is how much detail these rodents are observing in each section of their general vision. However, the contrast studies involved displaying sine waves at different contrasts by creating the difference between the darkest and brightest screen parts. On the other hand, spatial frequency studies involved displaying sine waves at various frequencies – this effectively changed the waves’ shape.

Next, cameras in the imaging chambers on the mice’ skulls recorded images four times per second as the mice observed the changing screen patterns. As a result, researchers got live feedback on the mice’s visual brain signals regarding the displayed patterns. That served as objective means of comparing/contrasting the two groups’ vision.

CBD Receptors in The Eye – The Results

In general, after crunching all the information, many huge differences emerged. For example, CB1 receptor knock-out mice comprised a relatively smaller ovality index. That means there was an activation of a smaller section of the visual brain. The results showed that the visual signal’s overall magnitude in these two mice groups was roughly the same after additional testing. That would imply that the raw info the brain receive is literally the same, but the differences come in with processing that info.

But how does that translate into influencing the visual field? Researchers used more tests and the signal comparison to establish that the loss is occurring within the vision’s peripheral edges. That means that the CB1 receptors of knock-out mice contain a comparatively smaller angle of vision. They are less able to detect movement at the edges of their particular field of vision.

Not only did losses occur over that range of vision, but the visual quality was also affected. For CB1 receptor knock-out mice, they demonstrated less spatial frequency. Their brains maximum visual activation occurred at significantly lower frequencies compared to healthy mice. That also means they can observe less detail and track fewer objects.

Lastly, the contrast studies demonstrated some of the vast differences between these two groups. The knock-out mice displayed a much-reduced sensitivity to contrast, particularly at significantly lower values of contrast. The researchers also recognized that contrast sensitivity is among the vital attributes of the visual system. Luminous contrast (the overall amount of light observed) is generally the primary component of mammalian sight.

Generally, color contrast is actually an add-on and doesn’t account for the central visual navigation system. Simply put, mice without CB1 receptors have worse vision, reduced detail, reduced angle of sight, and reduced contrast. The interesting part is that all of these differences happened mainly on the azimuth axis (it horizontally wraps around the brain’s visual section). They suggest that the brain’s visual maps develop in the axis-dependent matter. In simpler words, as the brain develops in processing visual signals, it appears to lay out neurons in a much spatially ordered manner. 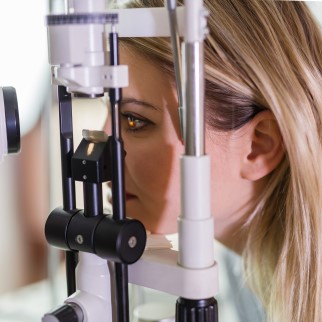 CBD Receptors in the Eye and Glaucoma

Normally developed, healthy eyes contain intraocular fluid within them. It maintains pressure and the overall round shape of the eye. For a healthy eye, it will produce and drain this fluid to keep a consistent amount. Glaucoma usually affects intraocular fluid drainage and leads to an accumulation of the fluid. In turn, this additional fluid exerts pressure on the eye part that lets you see the optic nerve.

Most of the time, glaucoma involves a gradual development. In fact, some patients have no idea that they have this condition until they lose their sight. Generally speaking, you might notice some patchy spots in the peripheral vision once the pressure damages the nerve. In case you experience sudden and severe symptoms such as blurry vision, seeing halos around lights, or vomiting, you might have angle-closure glaucoma that requires special care.

CB1 receptors are present throughout the nervous system, including in the nerves and brain. They’re also present in the nerve cells linked to vision. Your optic nerve’s ganglion cells consist of receptors and endocannabinoids that keep them healthy and shield them from damage. It is possible to stimulate the eyes’ endocannabinoid system receptors to ease pressure in your eyes.

CBD has a much different purpose than many cannabinoids. It can aid the ECS’ function in other ways than attaching to the receptors. One way it enhances the ECS is by increasing the quantity of the endocannabinoid ‘anandamide’ in the body. Anandamide primarily impacts your sensation, immune response, brain function, and mood. Furthermore, it protects your eyes from glaucoma.

As you already know, anandamide is part of your body’s defense system since your eyes form it to protect themselves. Damaged and aging eyes have significantly higher anandamide amounts than healthy eyes. That implies that they create additional anandamide in an attempt to stall the progression of damage.

Anandamide (or other cannabinoids) that activate the CB1 receptor offer a wide range of advantages to the eyes. They primarily protect your optic nerve from toxicity and the blood deficiency caused by glaucoma pressure. If you use CBD, it inhibits FAAH – the fatty acid that specializes in breaking down anandamide. Inhibiting FAAH leads to lower eye pressure and much healthier optic nerve cells.

CBD Receptors in the Eye – The Takeaway

Researchers have reconfirmed that the ECS is vital to maximum vision. How does this link to cannabis use in healthy adults? There’s less difference seen between weed users and non-users than between subjects with and without CBD receptors in terms of vision.

Studies have also hinted that the consumption of marijuana enhances night vision. Some of these effects (in terms of spatial frequency, contrast, etc.) might apply in tests comparing marijuana users to non-users.

It remains to see if these differences will enable the ECS’s therapeutic applications in regards to neural processing of vision. However, at this point, it does seem very likely.