Cannabinoids are the active chemical compounds found inside the cannabis sativa L plants. Cannabis sativa, along with its derivatives, has many central and peripheral effects, many of which could have clinical applications. You may have heard that many states began legalizing medicinal marijuana some years ago. The reason is that scientists finally accepted the potential therapeutic benefits of said cannabinoids.

The discovery of the endocannabinoid system and its CBD receptors opened the doors to a new potential medication. Recent studies, including the integral role of CBD receptors in the bladder, motivate scientists to further explore cannabinoid compounds. They believe these specific receptors’ function may become an integral part of a new treatment for ills like multiple sclerosis (MS).

Researchers are currently trying to find ways to make that treatment work. They think the relationship between cannabinoid-based therapies and the intravesical route leading to the bladder might be key. How would the compound work with the peripheral CB1 and CB2 receptors in a person’s lower urinary tract? Could this help develop a new line of treatment for pelvic disorders? Whatever the answer, it’s clear that CBD receptors in the bladder are paramount for their research.

Distribution of CBD Receptors in The Urinary Bladder

The effect of cannabis on your Detrusor Overactivity symptoms occurs due to a mechanism heavily dependent on endocannabinoids. According to scientists, this mechanism involves endocannabinoids binding to both CB1 and CB2 receptors. Thus, the interaction results in the relaxation of your detrusor muscle.

CB1 receptors usually roam around the peripheral and central neuron terminals of your bladder, inhibiting the release of neurotransmitters. Studies suggest that CBD receptors are present in the urinary bladder of not only humans but also monkeys and rats. CB1 receptors themselves are in the nerve fibers and urothelium. Additionally, studies on the human bladder suggest the presence of gene transcripts through the y quantitative Polymerase Chain Reaction, localization of Immunohistochemistry, and tissue expression. To confirm the study further, scientists found a higher abundance of CB1 receptors in the urothelium than in the detrusor. This makes CB1 receptors the most important to establish a connection between cannabinoids and the urinary bladder.

The Function of CBD Receptors in The Urinary Bladder 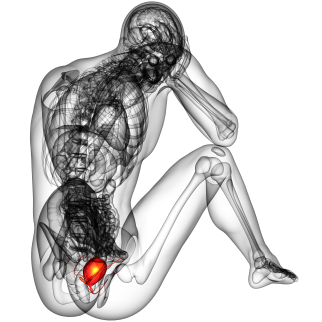 Various studies demonstrate how presynaptic CB1 and CB2 receptors’ activation inhibits different electrically evoked contractions. These contractions take place in the isolated mammalian tissue. When you inhale cannabis, THC and its compounds target some non-selected CB receptor agonists like CP55244, CP55940, and JWH015. These CB receptor agonists correspond with the location of CB1 receptors, especially in the nerve fibers of your detrusor muscle. This clearly establishes the link between your urinary bladder and CBD Receptors.

During the experimental stage, some of the CBD receptor agonists in rats inhibited electrically-provoked bladder contractions. But unlike humans, they contracted based on the concentration-dependent manner. The same study then went on to show that the inhibitory effect was not necessarily a post-synaptic phase. This because contractile responses or purinergic receptor agonists didn’t react to the pre-treatment with Delta-9-THC.

The rat’s detrusor muscle didn’t respond to the nerve-induced contractions. Scientists went on to test the effect with human bladder muscle strips. It didn’t show any inhibitory effects with a nonselective CB agonist.

As already mentioned, both CB1 and CB2 receptors are both in the bladder, especially around the urothelium. Whole human bladders usually contain a higher percentage of these receptors in the urothelium than the detrusor. They localize as local cell membranes instead of typical receptors. Scientists reveal that CB1 receptor’s expression is much higher compared to CB2 receptors because of their position.

CB2 receptors are available in the human bladder mucosa that includes both urothelium and suburothelium than in detrusor. The detrusor wall consists of CB2 receptor immunoreactive fibers on VAChT-positive nerve fibers. On up-regulating CB2 receptors, intravesical acrolein reacted the most. On the other hand, there was a significant increase in immunoreactive fiber density in CB1 receptors in the suburothelium. Yet, that was only in the bladder of patients suffering from idiopathic detrusor overactivity and painful bladder syndrome.

The up-regulation in neuropathic and inflammatory pain conditions reacted splendidly to help mediate analgesic effects. Many studies identify CB1 and CB2 receptors in a patient’s urothelium and detrusor and TRPV1 or FAAH channels. In addition to the bladder, the spinal cord also expresses positive CBD Receptors. Some of the pathological processes related to pain or inflammation conditions up-regulate these receptors, especially CB2.

The inhibition of electrically evoked contractions in the urinary bladder first suggested the presence of CBD Receptors in the bladder. But this was in the presence of a CB1 receptor agonist. The same study also pointed out that SR141716, a selective CB1 receptor antagonist, caused parallel shifts to the right of log concentration-response curves, such as WIN 55,212-2 and CP 55,244. Both of these are non-subtype-selective CB receptor agonists. The log concentration-response curves also included anandamide, another selective antagonist for CB1 receptor. Anandamide actually aided in inhibiting the electrically evoked contractions in the bladder.

Apart from anandamide, ajulemic acid is another agonist that works towards healing the urinary bladder when induced by cannabis. Ajulemic acid is a combination of both CB1 and CB2 agonists. The presence of CBD significantly decreased the contractions induced by carbachol. However, this effect took place after the attenuation by its respective TRPV1 channel antagonists, capsazepine and ruthenium red.

The Science Behind CBD effects in Bladder Contraction

The activation of the CB receptor reduced the afferent activity of electrophysiological ex vivo preparation. Why? The nonselective CB receptors pressured the agonist to decrease its afferent activity leading to intravesical pressures. The study shows a consistent lack of direct effects on the cannabinoid agonists regarding the contractility of the bladder. Yet, conflicting findings suggest that various CB receptor agonists do induce bladder contractions. This also results in cannabinoid agonists affecting carbachol-induced contractions because they mediate receptors like the TRPV1.

The use of anandamide, palmitoylethanolamide, and N-acylethanolamides causes analgesia in various viscero-visceral hyperreflexia models induced by the urinary bladder. Anandamide, for example, works via CB1 receptors, while palmitoylethanolamide is a putative endogenous CB2 receptor agonist. It proves how these agents decrease c-fos at your spinal cord after intravesical nerve growth.

Further studies reflect that cannabinoid agonists provide an inhibitory effect on micturition. They increase threshold pressure and decrease frequency through various afferent signals. Anandamide has a controversial approach to it as it influences micturition differently. On the other hand, anandamide activates TRPV1 channels, thus helping to release CGRP. Scientists believe that the high concentration of anandamide evokes TRPV1 channel-mediated release. This is different from the neuropeptide release of CB1 receptors. 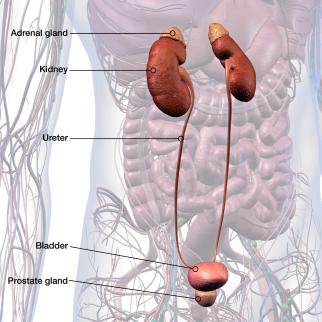 Using Cannabinoids on The CBD Receptors in the Bladder for Treatment

The micturition reflex, for example, might afford new management strategies for treating bladder diseases via cannabinoids. Scientists think this might help develop a treatment for intractable detrusor and its symptoms.

Get Cannabinoids for Your CBD Receptors in the Bladder

If you are thinking of going out to buy some cannabinoid products but have no idea of where to drive to. Don’t. Do it online. While there are a lot of retailers selling cannabinoid products these days, most users prefer to shop online. Why? Simple, besides the convenience of getting the products shipped to you, you also get them cheaper. Online retailers do have significantly less overhead than brick and mortar stores. Something that they like to reflect on their price tag, which delights their clients. Lastly, they also tend to have a wider variety of products, so you can get exactly what you look for and more.

CBD Receptors in the Bladder – The Takeaway

Bladder issues are some of the most socially embarrassing things you can unfortunately endure. While the major health condition from which it originates might be even more threatening, this one is particularly uncomfortable. Current treatments with prescription and over-the-counter drugs might help but come with side effects. With cannabinoids, however, there’s little risk of trading your usual discomfort for new ones due to side effects. Cannabinoids from cannabis are of natural origin and very unlikely to cause you harm. When it comes to the bladder, they might just be the thing to keep it under control.