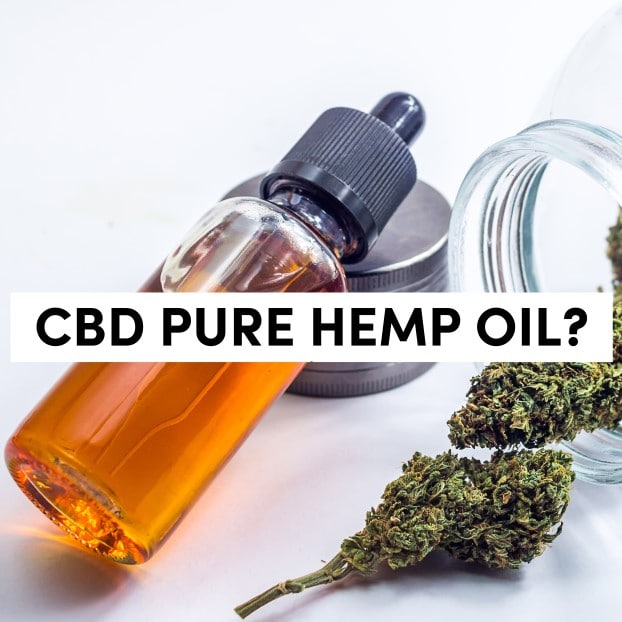 CBD’s dominance in the wellness space is undeniable – many people now turn to various CBD products for pain relief, better sleep and overall well-being. Perhaps, such popularity is the reason why some wellness enthusiasts mistake other products for CBD. Particularly, hemp oil is something most easily mistake for CBD oil. While unscrupulous branding tactics are hugely to blame, little knowledge about the cannabis sativa and hemp plants’ products also comes to play.

So, is hemp oil the same as CBD oil? Does CBD pure hemp oil even exist? This article seeks to shine some light on hemp oil and CBD and clear any confusion when it comes to these products.

What Is Hemp Oil? 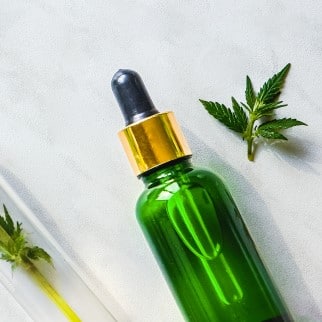 Hemp is one of the many flowering plants in the Cannabaceae family. The hemp plant has long seen use for production of paper, ropes, and textiles for its high fiber content. With the 2018 U.S. Farm Bill, industrial hemp became even more popular. That makes it imperative to first understand the various products extracted from this plant if you ever feel tempted to buy.

Most people use the terms “hemp oil,” “hemp seed oil,” and “CBD oil” interchangeably, the differences may not be clear to them as a result. A good starting point is acknowledging that different parts of the hemp plant you can use to produce oil, including the flowers, leaves, stalks, and seeds. Thus, hemp oil could have different definitions depending on the part of the plant manufacturers choose to extract the oil from.

Hemp oil can technically be CBD oil if they extracted it from the buds and leaves of industrial hemp. Since the hemp plant contains little THC, such oil will contain predominantly CBD, other cannabinoids and compounds like terpenes. Hemp seed oil is also another oil extracted from industrial hemp, it comes from cold-pressing the seeds of this plant. Hemp seeds contain only traces of cannabidiol, and hemp seed oil therefore contains next zero usable THC and CBD. However, it is a nutrient-rich oil as it contains omega fatty acids, protein, and vitamins.

For consistency, we will use “hemp oil” to refer to hemp seed oil throughout this article.

What Are the Benefits of Hemp Oil?

Hemp oil has long seen use for its nutritional and cosmetic value. Some of the most notable benefits of hemp oil include:

Studies show that the topical application of this oil generally strengthens the skin and boosts its ability to resist infection. Hemp oil it’s something you can also use as an useful treatment for skin conditions like:

Studies based on animal models also indicate that hemp oil may be good for the heart due to its nutrient profile. Particularly, hemp oil could have a positive effect on various health issues related to the heart, including cholesterol levels, atherosclerosis, and high blood pressure. Alpha-linolenic acid – a fatty acid in hemp oil – seemingly has the potential of preventing cardiovascular disease.

Some fatty acids present in hemp oil are also good for the proper operation of the brain. Meanwhile some of the bioactive compounds like polyphenols in the oil help protect the brain against inflammation. While there may not be conclusive studies as of yet, initial findings point to hemp oil’s potential in brain health.

Hemp oil has anti-inflammatory properties, which means you can apply it directly to the target area to reduce pain.

The abundance of omega-3 fatty acids in hemp oil makes it a great supplement for pregnant women. Omega-3 fatty acids are vital during pregnancy as they bolster the baby’s healthy brain and eye development and may also help in preventing maternal depression.

How Does Hemp Oil Work?

Generally, hemp oil boosts overall well-being by improving the body’s total cholesterol, low-density and high-density lipoprotein cholesterol, and triglycerides. Its health benefits are due to the antioxidant, anti-aging, anticancer properties it holds.

Where Does Hemp Oil Come From?

As earlier mentioned, various parts of the hemp plant may be able to produce one of the two oils. In the case of hemp seed oil, manufacturers obtain it by cold-pressing the hemp seeds. 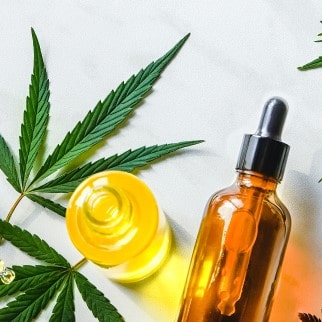 Cannabidiol, commonly known as CBD, is one of the most common cannabinoids in the cannabis sativa plant. Unlike THC, CBD isn’t psychoactive and won’t get a user high whenever used. People use CBD largely for its health benefits as it has anti-inflammatory, anti-oxidant, anti-depression effects.

What Are the Benefits of CBD?

Some of the potential health benefits that belong to CBD according to both users and early research include:

CBD interacts with brain receptors and helps in pain management. Nabiximols (Sativex) is a drug made from a THC and CBD combination approved by some governments for the treatment of multiple sclerosis pain. CBD’s anti-inflammatory properties play an important role in pain relief, and further studies are ongoing to show how CBD can help relieve the symptoms of:

CBD affects the release and interaction of neurotransmitters and the brain receptors. It is apparently able to influence how the brain receptors respond to serotonin, a neurotransmitter linked to mental health. Thus, CBD can help prevent anxiety by reducing stress and inducing quality sleep in cases of sleep disorders. Through anxiety relief, CBD may play an important role on preventing depression.

Research already highlighted CBD as a potential treatment for epilepsy. Studies also indicate that this cannabinoid has the ability to treat a wide range of general seizures disorders. Already, the FDA approved a CBD-based prescription drug called Epidolex. Epidolex helps in the treatment of Lennox-Gastaut and Dravet syndromes, which are rare forms of epilepsy.

The interaction of CBD with receptors and neurotransmitters in the brain also appears to have an effect on neurodegenerative disorders. These ailments cause the nerves and brain to deteriorate over time. Particularly, CBD may become a supplement you can use for Alzheimer’s disease, Parkinson’s disease, multiple sclerosis, and stroke, although further research is required.

CBD has anti-inflammatory properties and can help reduce the skin inflammation that is responsible for acne. A study showed that CBD oil attenuated the sebaceous glands’ activity, which helped with acne prevention by keeping in check the production of sebum.

In some studies, CBD seemingly showed to have potential in inhibiting the growth of cancer cells. Further, cannabidiol can alleviate certain cancer treatment side effects like nausea and lack of appetite.

Like other cannabinoids and compounds in the cannabis sativa plant, CBD occurs naturally in the plant. It exists first as cannabidiolic acid (CBDA) – its acidic, precursor form – produced by the resin glands of the plant. The compound only becomes CBD once exposed to heat. The compound rests in various parts of the plant, including buds, leaves and stalks of the cannabis sativa plant.

CBD works in the human body by interacting with the endocannabinoid system (ECS). That is a neuromodulatory system consisting of endocannabinoids, cannabinoid receptors, and enzymes. The ECS and plays vital roles in central nervous system development, synaptic development, and response to endogenous and external factors.

Hemp oil is something you should not mistake for CBD oil as it doesn’t contain any CBD at all. Hemp oil is something extracted from the seeds of industrial hemp which contain only negligible traces of CBD. It means that hemp oil won’t deliver the health benefits of CBD oil. Instead, hemp oil is famous for its cosmetic and nutritional value. The only way of achieving a CBD-rich oil like CBD pure hemp oil is by enriching pure hemp oil with CBD or taking them separately.

There are various forms of CBD on the market, including broad-spectrum CBD, full-spectrum CBD, and pure CBD (CBD isolate). Depending on the extraction process, a CBD extract can contain the whole range of cannabinoids and compounds in the cannabis sativa plant, some of the compounds, or CBD alone.

This means that pure CBD exists, and commonly goes by the name of CBD isolate. CBD isolates also come from industrial hemp, which contains no THC. it undergoes further processing to eliminate all other compounds apart from cannabidiol. CBD isolate are something that you can also use to enrich hemp oil in order to supply it with some CBD. Thus, that is the only way to have something akin to CBD pure hemp oil.

Is CBD Better Than Hemp Oil?

Yes. CBD products like CBD oil provide more potential health benefits than hemp oil, because the latter primarily deals with cosmetic and nutritional purposes. CBD, on the other hand, has potential to address various conditions and diseases which appears to make it superior to hemp oil benefits-wise, depending on your needs.

The CBD craze is in full swing, yet, there remains confusion around the various products associated with the cannabis sativa plant. Particularly, most people miss the differences that exist between CBD oil and hemp oil. Knowing these differences will help you go for the right product depending on your needs and get the best out of it. For those who’ve been wondering whether CBD pure hemp oil exists, we have laid out all the facts in this article. 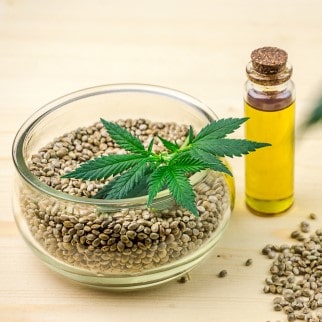 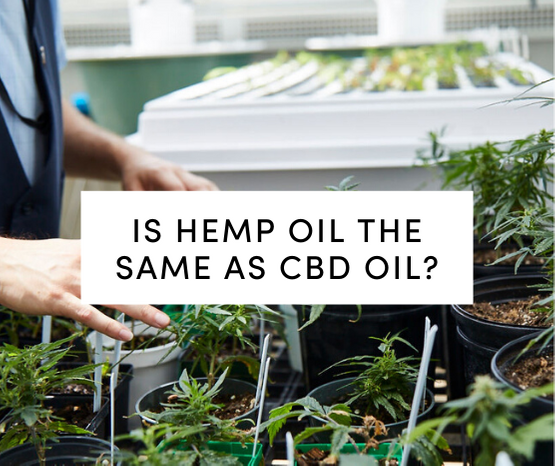 Hemp Oil Vs CBD: The Uses And Benefits

What is Hemp Oil Used For? Addressing Health Problems Naturally