Home / Blog / CBD for Horses / CBD For Horses – An Option Worth Considering? 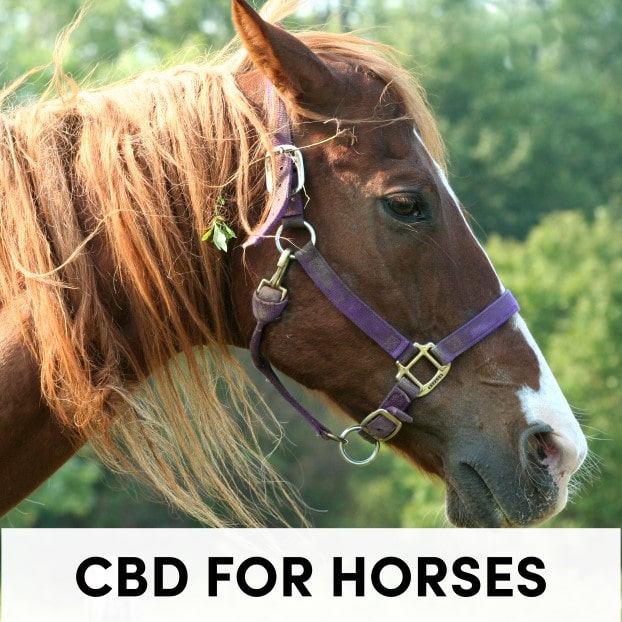 Whether you have been using CBD since its legalization, considering it, or just never heard of it, it is worth knowing more about it. Many hyped products in the health and wellness industry turn out to be ‘snake oil,’ claiming effects they hardly deliver in real life. However, this does not seem to be the case with CBD. Instead, it’s a chemical messenger that interacts with the endocannabinoid system, a crucial part of the body responsible for an array of functions. In doing so, it may yield some well-researched therapeutic effects.

With the cannabidiol industry booming, it was just a matter of time before people began to use it on animals. However, while the product is most popular for use on dogs and cats, CBD for horses is relatively new though just as interesting. In this read, we are going to talk about CBD for horses, whether it works, its effects, benefits, safety, and much more. Read on for our comprehensive guide.

Cannabinoids are naturally occurring compounds or chemical composites present in the cannabis Sativa L plant. When consumed or applied to the body, they interact with the nervous system, resulting in a host of effects, including the infamous ”high” from marijuana.

There are three primary types of cannabinoids:

Phytocannabinoids and synthetic cannabinoids mimic the endocannabinoids produced naturally by your body. This helps promote internal homeostasis, which is vital for health and wellbeing. 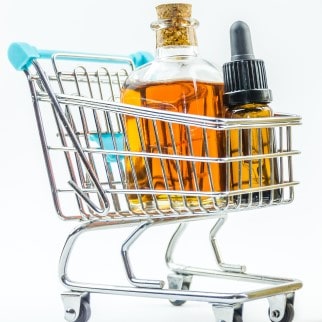 Also referred to as cannabidiol, CBD is an active compound prevalent in the Cannabis Sativa plant. As mentioned above, it is one of the many cannabinoids, just second to THC. Both marijuana and hemp are from the same genus, Cannabis.  However, hemp has only trace amounts of THC, usually less than 0.3%, and that’s why it recently became legal across the United States. CBD, unlike THC, doesn’t have psychoactive effects, meaning it does not cause any type of ”high” both in humans and animals. Instead, it mostly sees use for therapeutic purposes.

When consumed, cannabidiol interacts with the endocannabinoid system through cannabinoid receptors. The endocannabinoid system is a complex signaling system tasked with monitoring any imbalances and returning the body to a state of balance. Simply put, the ECS keeps the internal body environment stable as much as it can. CBD interacts with the ECS, affecting an array of bodily functions, with most of the effects appearing to be beneficial.

The endocannabinoid system has two main receptors, CB1 and CB2. The former is mostly in the brain and the nervous system and therefore affects processes like:

CB2 receptors, on the other hand, are primarily in the peripheral nervous system and gastrointestinal tract. They help manage immune cell functions and, as a result, help reduce inflammation when they interact with CBD.

The Effects of CBD

As mentioned above, CBD has its effect on the body by interacting with the endocannabinoid system and impacts a lot of processes as a result. According to research, cannabidiol may have the following effects as a result:

Anxiety Relief – Cannabidiol alters how the brain responds to the hormone serotonin, which is responsible for things like anxiety, stress, and sleep. By modulating serotonin release, CBD might lead to alleviation in stress and anxiety.

Anti-Seizure – Studies revealed promising results on the effects of CBD on seizures. In fact, it led to the first-ever FDA-approved CBD drug, Epidiolex, used to treat some severe forms of seizures.

CBD For Horses – What is it, and Does it Work?

As mentioned earlier, CBD is one of the many cannabinoids present in the hemp or marijuana plant. However, you do not have to fret as your horse will not get high from consuming it. Hemp only has trace amounts of THC, the cannabinoid responsible for psychoactive effects.

As with others cannabinoids, CBD interacts with the receptors of the ECS, responsible for the immune and nervous systems’ self-regulation. This can help in alleviating all kinds of symptoms that might otherwise require handling through pharmaceuticals. Most of the conventional anti-inflammatory horse medications come with a risk of adverse side effects. For example, the long-term use of NSAIDs can lead to ulcers, diarrhea, colic, and other severe effects. Cannabidiol is non-toxic but provides similar benefits to them without undesirable side effects. This is one of the many reasons more and more horse owners are looking at natural alternatives like CBD.

So, Why Use CBD For Horses?

Cannabidiol has most of the same effects on horses as it does on humans. Primarily, it helps regulate the endocannabinoid system and ensure overall health and wellbeing. However, the cannabinoid may ideally have specific benefits for some health problems that affect horses. These include:

According to several studies, cannabidiol has potent anti-inflammatory effects and can also help alleviate the pain related to these conditions.

Just like humans, horses can fall victim to stress and anxiety. These problems are especially prevalent before transportation or shows. Cannabidiol often has relaxing and calming effects on both humans and animals. However, you may want to take this with a grain of salt as very little research has been done on the effects of CBD on anxiety in horses.

This type of ulcer is quite common in horses. In fact, gastric ulcers affect about 90% of thoroughbred racehorses and over half of the species. Fortunately, horses have a high concentration of CB receptors in the gut, meaning cannabidiol may influence their health.

Studies on the effects of CBD on gastric ulcers in horses are still in their infancy, but research on rats produced some promising results. When consumed, CBD works to reduce gastric acid secretion.

In addition to its anti-inflammatory effects, CBD could potentially provide some relief to horses. Also, it has the potential to relieve other digestive issues such as colic, although we require more studies to fully ascertain this.

Other CBD For Horses Benefits

In addition, there is anecdotal evidence that cannabidiol provides other benefits for horses, such as:

Side Effects- Is CBD for Horses Safe?

Perhaps the biggest selling point of cannabidiol is its safety profile when compared to conventional medication. However, it is important to note that there are some downsides to be aware of. CBD consumption can result in:

However, keep in mind that these effects often happen during the early treatment stages as the horse adjusts to CBD. In order to alleviate the risk of adverse reactions, it’s advisable to start with a low dose and slowly increase it over time.

What is the Recommended CBD Dose for Horses? 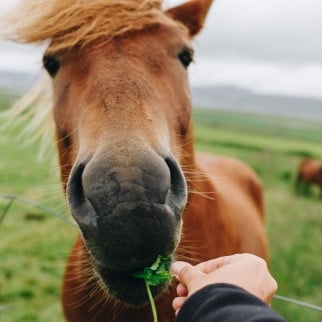 As such, it is advisable to give your horse one drop as the first dose and note how he or she reacts. If there are no problems, go up to one drop twice per day. Gradually increase the amount until you reach the minimum effective dose. This is basically the lowest CBD amount that gives the desired results.

This method helps reduce the risk of the above-mentioned side effects while still ensuring you do not waste money by giving the horse more cannabidiol than it requires.

CBD for Horses- The Takeaway

CBD already reached a point where it’s beyond human use and extended to animals, including horses. Many proponents claim it has a wide array of benefits, including promoting gut health, pain alleviation, and reducing anxiety.

The downside, however, is the research to back these claims is in its infancy stages. Most of the studies about CBD revolve around humans and animals like cats and dogs. However, given all mammals have an endocannabinoid system, it’s safe to assume that horses could benefit as well.

With an unparalleled safety profile as well as a low risk of adverse side effects, it’s clear that giving horses CBD is worth a try. However, make sure you get the product from a reputable seller like Tanasi.com and consult your vet before use.

Related Posts in CBD for Horses 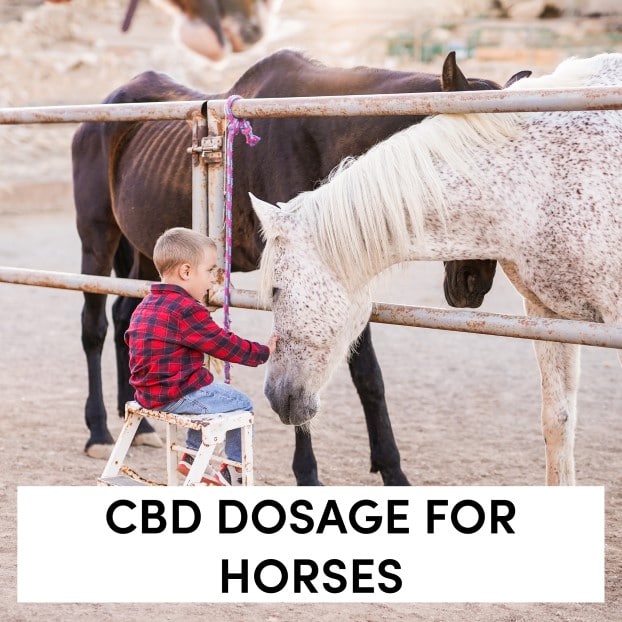 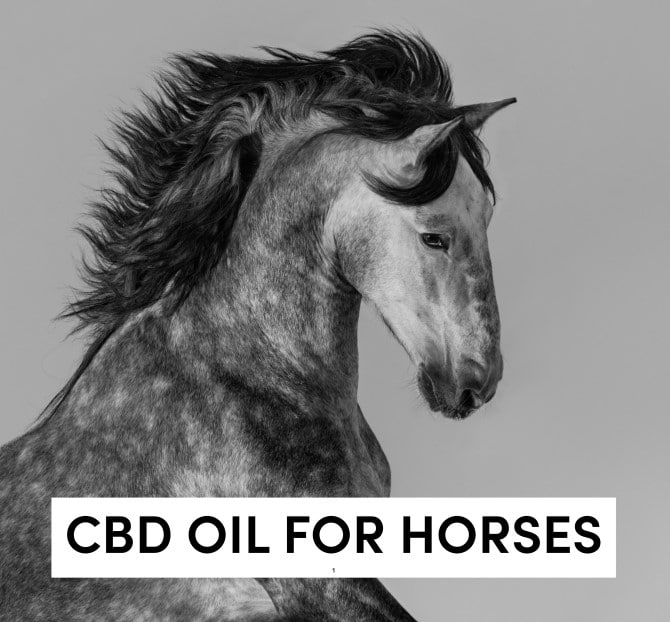 Benefits Of CBD Oil For Horses 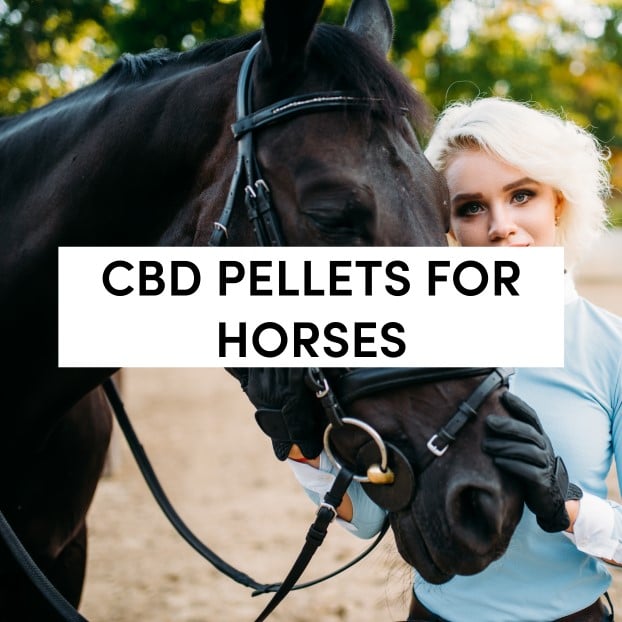 CBD Pellets for Horses: Can it Improve Their Health and Well Being?