Home / Blog / CBD / CBD for Epilepsy: How This Cannabinoid May Be Helpful for Seizures

CBD for Epilepsy: How This Cannabinoid May Be Helpful for Seizures 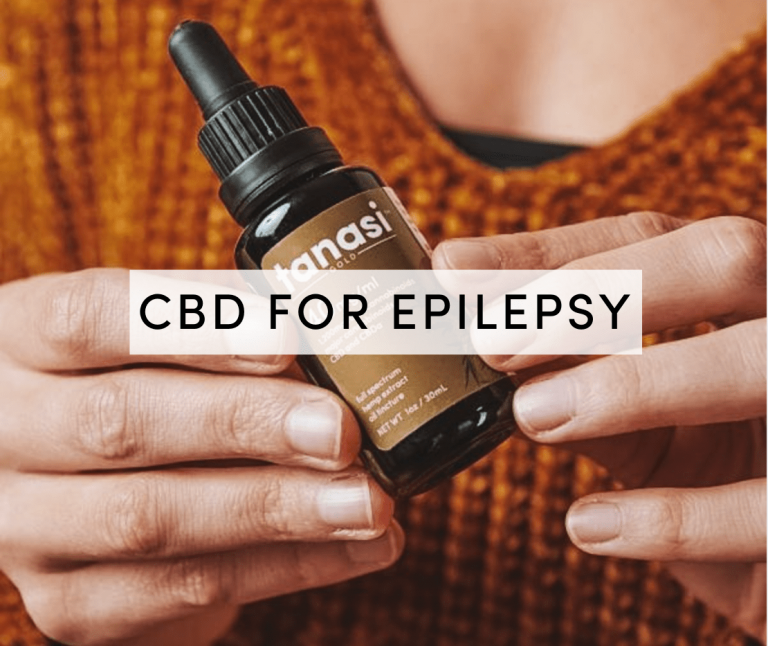 Today, CBD is a popular term in the field of health and wellness. Researchers, scientists, doctors, and patients are considering this compound to help treat various conditions. It has become a go-to supplemental compound for many ailments. Cannabidiol (CBD) is a naturally occurring substance present in cannabis. It is the second most prevalent ingredient in marijuana. Unlike THC however, it doesn’t produce any psychotropic effects. Incredibly, CBD has become a new and effective option in the treatment of epilepsy. This chemical has shown promising results in the treatment of some types of epileptic seizures. As a result, using CBD for epilepsy may help improve the lives of people with the condition. So, how does it help? Is it safe to use? Can you use it with other medications? Let’s find out.

Epilepsy is a brain disorder characterized by two or more unprovoked seizures. During this period, brain activity becomes abnormal. Furthermore, one can lose awareness, sensation and exhibit unusual behavior. Also called seizure disorders, epilepsy can affect anyone. An estimated 3.4 million people in the US suffer from epilepsy.

This chronic noncommunicable disease happens as a result of excessive electrical activity within the brain. It can last for seconds to several minutes. Seizures also vary in frequency. For instance, you may experience seizures several times a day or once a year. People with severe seizures often have no memory of what happened.

Generally, epilepsy occurs as a result of abnormal electrical activity in the brain. For over 50% of the people with this disease, there’s no identifiable cause. It is idiopathic. Events such as physical injury, brain inflammation, and infections can result in seizures and epilepsy.

Here are some risk factors that can lead to this condition:

Seizures are generally the main symptom of this disease. Seizure signs include uncontrollable jerking, temporary confusion, loss of consciousness, and symptoms such as anxiety. The symptoms of epilepsy differ from one individual to another. They also differ in relation to the type of seizure.

Also called partial seizures, these seizures happen due to unusual activity in one part of your brain. They include:

These seizures involve all areas of the brain. They cause extensive side-effects throughout the body. They include:

Regrettably, there’s no known cure for epilepsy. Many patients use therapies and treatment plans to become seizure-free. Treatment plans are based on the severity of your symptoms and how well you respond to them. Treatment options for epilepsy include anti-seizure devices, brain surgery, and anti-epileptic drugs (AEDs).

Research into new epilepsy treatments is ongoing. Studies have shown that CBD for epilepsy may manage symptoms. CBD and other cannabinoids can function as anti-epileptic agents. 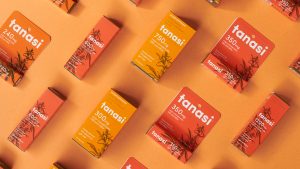 Effects of CBD for Epilepsy

CBD’s effects on epilepsy are valuable given its non-psychotropic properties. This allows children and adults who aren’t comfortable with THC’s intoxication to use CBD instead. This chemical compound helps prevent epileptic seizures by improving the endocannabinoid system’s performance (ECS).

The endocannabinoid system’s main purpose is to regulate and balance processes within the body, including memory, appetite, and immune response. This biological system helps to regulate homeostasis in the body. It’s a complex cell-signaling system that plays an important role in the central nervous system. It is the bridge between the body and the mind that sends messages to neurons to decrease or increase specific activities.

CBD also reduces neuronal excitability by mimicking the ECS neuromodulators. It modulates the flow of ions such as potassium and calcium while suppressing glutamate activity. Glutamate is responsible for neuron excitation.

CBD interacts with receptors in the endocannabinoid system (CB1 and CB2 receptors), common in the body’s immune system and nervous system. These receptors help to control synaptic transmission within the brain. Synapses communicate through chemical messages. These endocannabinoid receptors activate GABA once they react with the central nervous system to prevent overactive synapse firing. This, in turn, reduces seizure activity.

Benefits of CBD for Epilepsy

Seizures are incredibly complex. It’s hard to understand the exact causes of epilepsy. Still, CBD can function as an anti-epileptic agent to reduce seizures. Here are some potential benefits of using full-spectrum CBD for epilepsy:

A study showed that CBD can help with muscle contraction during seizures. Various concentrations of CBD were administered to epileptic-induced rodents during this research. The highest-dose group showed significant improvements.

CBD, as well as other cannabinoids, have neuroprotective effects. CBD’s anti-epileptic activity is partly responsible for these effects.

Excessive electrical activity characterizes seizures within the brain. TRPV1 mainly regulates this activity. Cannabidiol has the ability to regulate vanilloid receptors within the brain. Epileptic seizures are experienced when TRPV1 is activated. CBD can potentially lead to fewer seizures by controlling this receptor’s over-activity.

When people with epilepsy incorporate CBD into their treatment plans, many report better moods, better sleep, improved alertness, increased appetite, improved motor skills, and a reduction of seizures. As a result, some people choose to decrease their use of AEDs once they start using CBD. This helps to prevent the side effects of AEDs. 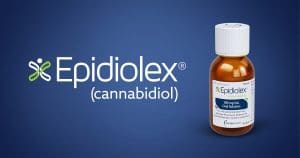 On June 25, 2018, the FDA approved the first CBD-based drug as a treatment option for epilepsy. It is a plant-based CBD formulation that contains purified CBD extracts. Produced by GW Pharmaceuticals, Epidiolex can treat two forms of rare epilepsy: Dravet syndrome and Lennox-Gastaut syndrome. In 2020, this medication was also approved to treat another rare seizure condition known as tuberous sclerosis complex.

Epidiolex is an oral medication that helps to stop seizures. This oral solution works by inhibiting the signals sent to the brain. It alters calcium levels within brain cells to slow down the transmission of signals or messages between cells. Additionally, Epidiolex also decreases neuroinflammation. Once you swallow the medication, your bloodstream absorbs it. It then travels through your body to the brain. The breakdown of this extract primarily happens in the gut and liver.

Side Effects of CBD For Epilepsy

Unlike most prescription medications, CBD has minimal side effects for most people. In fact, you’ll rarely experience adverse side effects even when using high doses of CBD. Nevertheless, this doesn’t mean side effects don’t exist. This compound interacts differently with every user. Patients using CBD for epilepsy report side effects, including diarrhea and drowsiness. Common side effects for Epidiolex patients include sleep problems, decreased appetite, diarrhea, rash, sleep problems, sleepiness, and increased liver enzymes.

Making the Most of CBD

It’s essential to speak to your doctor before adding CBD to your medication regimen. Your doctor may advise you on how to adjust your dosage and when to take your AEDs. Remember, drug interactions can occur, resulting in abnormal blood levels.

Always go for high-quality CBD oil products. This ensures you don’t use products with contaminants such as pesticides or heavy metals. Also, start with a low dose as you monitor your symptoms. Increase the dosage gradually until your symptoms start declining.

CBD is one of the newest treatment options ,being investigated for people with epilepsy. Many people now use CBD to manage epilepsy symptoms. But it’s crucial for you to find the best products to manage your condition.

To get the best results, use high-quality full-spectrum extracts. Research shows that these extracts are more effective when treating epilepsy. At Tanasi, our CBD products are made from the finest ingredients, guaranteeing the best experience. If you are thinking about trying CBD products for your epilepsy, reach out to your doctor first.