Home / Blog / CBD for Cats / CBD For Cat Seizures, Will It Help Your Furry Friend?

CBD For Cat Seizures, Will It Help Your Furry Friend? 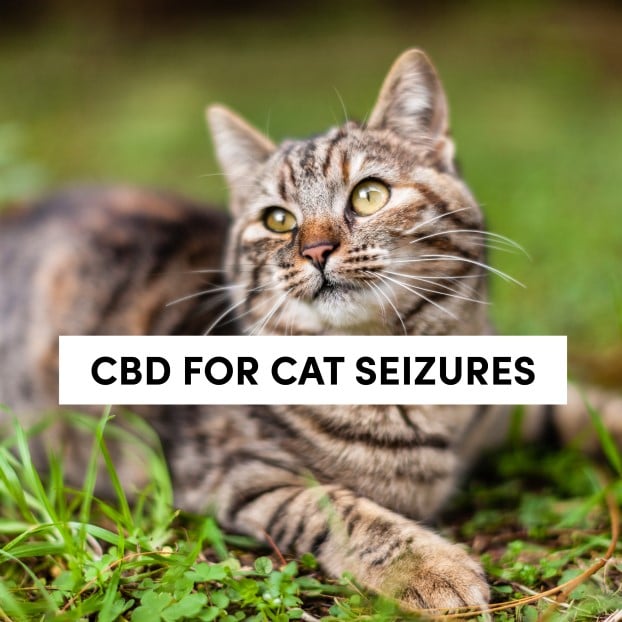 The popularity of CBD rose exponentially over the past few years. Its many potential health benefits, backed by growing research and anecdotal evidence, only further fuel the demand. Behind all the noise, there seems to be genuine potential for this particular compound to become a treatment against some conditions. While most people themselves wonder how CBD can help them, some pet-owners were also curious if it could help their animal pals as well. Turns out, it might just do that since the mechanisms on which CBD works its present in both dogs and cats as well. CBD does help treat the symptoms of some rare forms of epilepsy, by the way. After all, the FDA already approved of a CBD-derived drug designed to treat certain types of epileptic seizures in human beings. So, if your cat happens to be experiencing seizures on a regular basis, will CBD for cat seizures work as well?

Based on various research studies involving both humans and animals, CBD may be able to significantly reduce the frequency of seizures in cats.

To find out everything you need to know about using CBD for cat seizures, read on below.

A Brief Look at Cat Seizures

Seizures usually happen due to abnormal electrical activity in the brain. Generally, cat seizures fall into two groups, those caused by issues inside the animal’s skull and those caused by problems outside the skull.

Cat seizures can be quite scary for any pet owner. Though brief, normally lasting 1 or 2 minutes, these episodes are characterized by a variety of frightening symptoms:

These brief seizures can be quite scary, causing serious concern in pet parents who are forced to witness the suffering of their pets. Even more so if they happen multiple times a day.

Using CBD for cat seizures can reduce the frequency of these episodes, even though it is not a cure for the underlying cause.

Does CBD Work for Seizures? 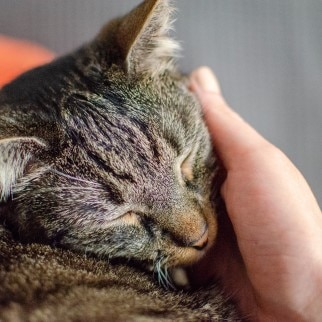 The exact reason why CBD works at stopping seizures is unclear as of now. However, scientific experts believe that this occurs through its interaction with the endocannabinoid system (ECS). The ECS’ existence is only a recent discovery from which we might have much to learn. Yet, scientists are at least certain that it plays an essential role in maintaining homeostasis in the body. Simply put, the ECS is sort of a supervisor to various bodily functions and processes. It works round the clock to maintain optimum performance by resolving any imbalances that might happen. In fact, an increasing number of scientists now postulate that the ECS is one of the largest and most important systems in the body.

The endocannabinoid system consists of receptors CB1 and CB2 distributed all over the body, in major organs, muscles, and cells. Through its indirect interaction with CB2 receptors, CBD appears able to inhibit the activity of various hormones. Coincidentally, scientists believe this is the reason it might help normalize the electrical activity in the brain.

The Proven CBD Effects on Seizures

One study sought to test the effectiveness of CBD on seizures caused by a rare form of epilepsy referred to as Drave Syndrome. Scientists conducted a placebo-controlled double-blind study that included a group of 120 kids and young adults suffering from the condition. The study saw publication in The New England Journal Of Medicine back in 2017.

For 14 days, all the members of the group continued to receive their antiepileptic medication. One half got a placebo, while the other half received a daily dose of 20mg of CBD solution orally.

At the end of the study, the median number of monthly seizures in the group taking CBD was down to 5.9 from 12.4. On the other hand, the monthly number of seizures in the control group merely went from 14.9 to 14.1.

CBD’s effect on seizures was also under research in a study focusing on dogs. 89% of dogs that received CBD in a clinical trial experienced a significant reduction in the frequency of seizures. In this small study involving 16 dogs, seven dogs in the control group got a placebo, while the other nine received CBD derived from hemp. The study, performed by neurologist Dr. Stephanie McGrath of Colorado State University, lasted 12 weeks.

Is There Specific Info for Cats?

Most of the available information and research on the effect of CBD on seizures is from studies on either humans or dogs. Thus, there’s minimal material specifically relating to cats. However, the fact is that the ECS is mainly the same in all mammals bar for the size of it. Thus, experts believe that the observations drawn from existing studies might pretty well apply to cats as well.

Other Benefits of CBD In Cats

In addition to reducing the frequency of seizures, CBD also comes with a variety of potential benefits for felines. For starters, after you start giving your cat consistent doses of CBD, your feline friend will experience an uplifting change in mood and improved appetite.

CBD for cats may also help with a variety of feline conditions, including chronic pain, arthritis, and anxiety, among others.

Is CBD Safe for Cats?

While CBD might be generally safe for cats, it is best that you first talk to your vet before administering it to your pet. This way, you will be able to seek advice on the optimum dosage levels, given your cat’s condition, from a qualified professional.

As far as any possible side effects concerns, using CBD for cat seizures does not come with any risk of making your cat high. CBD has, generally, only trace amounts of THC, the main active ingredient in marijuana responsible for its psychoactive effect. Thus, not enough to actually get them remotely high.

However, CBD may cause mild diarrhea, headache, increased thirst, or lethargy if taken in very large amounts. If your cat appears to be suffering from any of these side effects, consider reducing the CBD dosage, or skip a dose altogether. These side effects will subside or disappear entirely after a short while.

Since CBD has a similar effect on cats as it does on human beings. You can expect to see your cat more relaxed after taking a dose.

It is important to note that the main cause of these side effects often turns out to be either:

With that in mind, it is best that you always double-check the quality and ingredients used in the CBD products you intend to give your pet. Most importantly, pet owners should avoid giving CBD products designed for human use to their beloved pets. Such products may come with additional ingredients that are harmful to pets, even though they are safe for human consumption. Furthermore, there is a significant difference in the dosage levels of human products and pet products. For the best outcome, pet owners should only stick to high-quality CBD products specifically designed for cats. 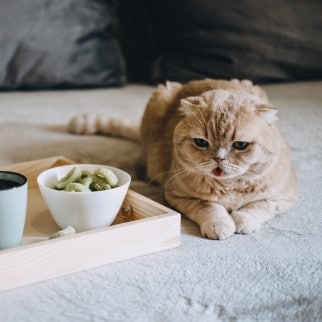 To save your kitty from the possibility of experiencing adverse effects, proper dosage is essential. Not only that but proper dosage also enhances the chances of achieving the desired outcome of reduced frequency of seizures.

It is always good that you start with lower doses and increase them gradually to find the most suitable level for your pet. Recommended dosage levels vary between 0.1 to 2 mg/kg two times a day – according to the existing available data on cats. In some cases, the dosage level may go as high as 5 mg/kg twice a day.

In addition, pet owners must use the most efficient method of CBD administration for pets to see any positive outcome. There are many different types of CBD products, each one linked to a specific method of administration. When it comes to animals, oral administration seems to be the most efficient so far out of them all. Inhalation and trans-dermal administration bypasses the first-pass metabolism by not taking the CBD through the liver. That might increase bioavailability overall, yet, it’s also both difficult and risky for the cat to absorb it that way. Thus, it’s best to avoid those methods.

CBD For Cat Seizures – The Takeaway

If your cat has been experiencing regular seizures, you can use CBD to reduce the frequency of these frightening episodes. Thus, CBD might help you improve your furry friend’s quality of life. There’s still little research evidence supporting the effectiveness of CBD in specifically treating seizures in cats. However, the existing studies on humans and dogs paint a promising picture. Thanks to the similar nature of the ECS in all mammals, you are well within reason to expect the same effects when it comes to your feline companion.

Once you decide to use CBD for cat seizures, after consulting your vet, it is important that you choose a high-quality product. Go for a manufacturer that posts its 3rd party test results both online and on their product’s label.

Before ordering CBD products online, be sure to check their legal status in your state to avoid any unnecessary run-ins with the law.

Related Posts in CBD for Cats 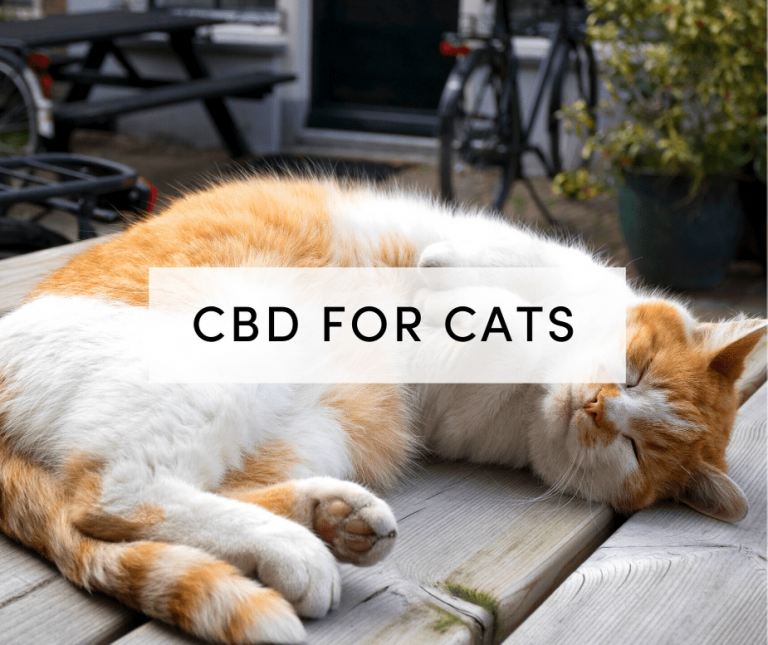 CBD For Cat Seizures, Will It Help Your Furry Friend? 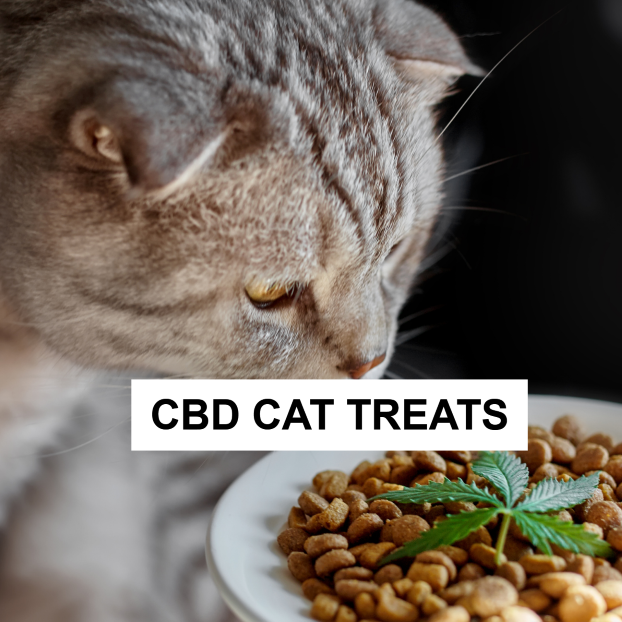 Are CBD Cat Treats A Good Thing for Your Furry Friend? 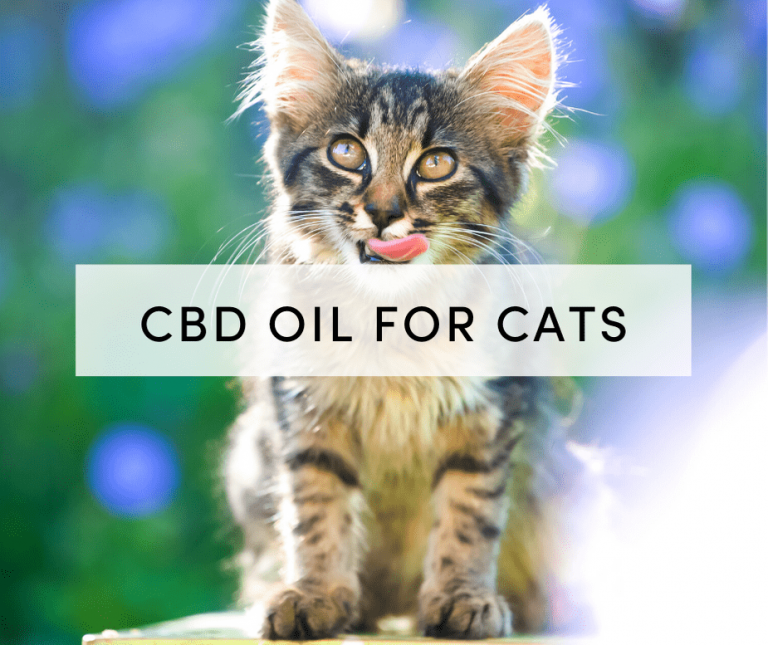 How Could CBD Oil for Cats Help Your Pet ?