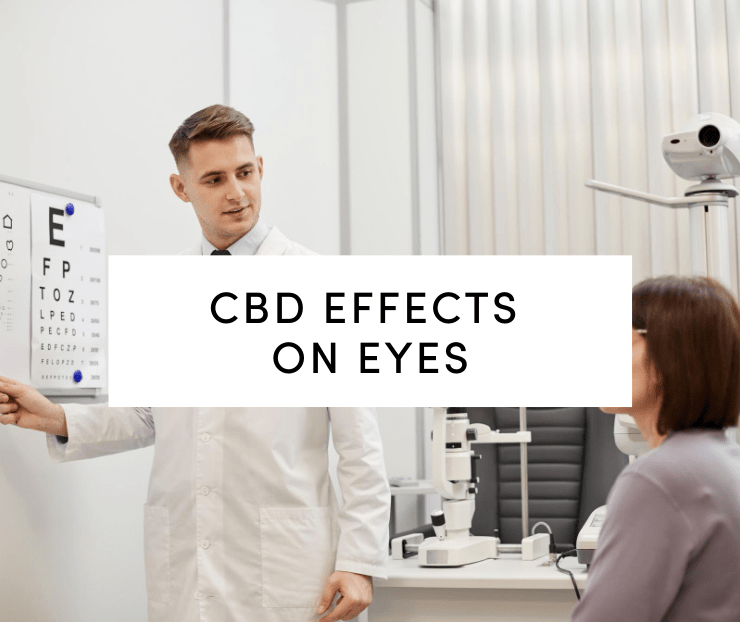 Think about your average day: you probably put a lot of products into or on your body. Some products may seem harmless, but some may have an adverse effect on your body–if not immediately, then gradually, over the years. As we become increasingly conscious of this fact, we also see customers looking for natural products with fewer side effects. And, in this environment, CBD has emerged as a natural product that can address a wide variety of conditions without triggering significant side effects. What is one group of people exploring CBD and its possible applications? Individuals who suffer from eye problems such as poor eyesight. Interested in learning more? In this piece, we’ll look at the possible effects of CBD on your eyes. We’ll especially explore the potential of CBD eye treatments, so read on!

For years, using the cannabis plant or any of its products was illegal in the United States. Then came the 2018 Farm Bill, which legalized the use of CBD products, so long as they were derived from industrial hemp plants and contained less than 0.3% THC.

CBD, also known as cannabidiol, is mostly touted for its potential health benefits such as alleviating symptoms of anxiety and pain, among others.

The cannabis plant has two main active components: cannabidiol (CBD) and tetrahydrocannabinol (THC); these are just two of hundreds of compounds, known as cannabinoids, contained within the plants. Both compounds produce various benefits, but THC produces mind-altering effects, while CBD doesn’t. Hemp varieties of cannabis plants contain high concentrations of CBD and low concentrations of THC, whereas marijuana plants are the opposite. 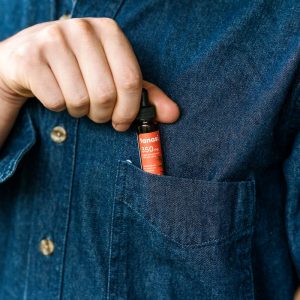 What Are the Effects of CBD on Eyes?

By 2050, experts predict that the number of people affected by age-related macular degeneration in the United States will increase to more than five million people. For cataracts, that number is expected to hit six million by 2050. Glaucoma is an example of age-related macular degeneration and can be quite severe when it progresses. So, can CBD be used to help manage symptoms of Glaucoma and other eye problems?

You may be concerned about using CBD if you have eye problems since eye redness is one of the side effects of high-THC products. But here’s the story: you usually develop bloodshot eyes when small blood vessels become dilated. And, since CBD may help decrease blood pressure, it actually tends to constrict blood vessels, reducing redness.

CBD also appears to have anti-inflammatory properties. This is beneficial, especially for your eye’s retina, which can become inflamed if you have diabetes or endotoxin pressure. There is a massive correlation between these conditions. When you have low glutathione levels, you can develop both diabetes and macular degeneration. In early studies, CBD has been found to mitigate both these conditions.

CBD also appears to inhibit VEGF (vascular endothelial growth factor), a substance that encourages new blood vessel growth that can also lead to tumor development. Many people get regular drug injections in their eyes to suppress VEGF, but early research suggests that a CBD supplement could provide the same function. In fact, a study at Complutense University in Spain found that cannabinoids inhibit VGEF pathways, also slowing tumor growth in mice. Similar effects were also seen in glioma patients.

Glaucoma is an eye disease that results in fluid pressure elevations in your eye. If not treated promptly, glaucoma can lead to loss of vision and even permanent blindness. It can occur at any age, but it is more common with older people.

According to the Glaucoma Foundation, around three million people in America currently suffer from glaucoma. Glaucoma is one of the leading causes of blindness in the US and, until recently, people believed that CBD could be used to treat Glaucoma. However, in recent years, eye doctors began warning against this possibility. Why is this so? 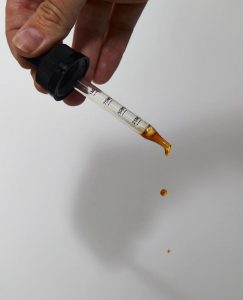 According to new research, CBD raises your eye pressure. This is a cause for concern since glaucoma impacts your eyesight because of high-pressure levels. The high pressure from the optic nerve causes damage to the nerve. And since its job is to transmit visual information to the brain, this damage leads to permanent vision loss.

While anyone can develop this eye condition, certain factors increase your risk. These include:

There are several forms of glaucoma, including:

This is commonly known as the “sneak thief of the night,” since it does not show any significant symptoms until vision loss has occurred. It is the most common type of glaucoma, and it develops because your eye’s drainage canals get clogged with time, increasing pressure, which is referred to as IOP. IOP, or intraocular pressure, increases as the fluid fails to properly drain out of the eye.

Also known as acute or narrow-angle glaucoma, this sporadic condition occurs when your intraocular pressure rises rapidly without warning. Hence, your drainage canals get blocked and your iris appears less wide than in a person with a healthy eye. Symptoms include headaches, eye pain, blurred vision, and nausea.

Other types of glaucoma include:

As we mentioned earlier, the latest research regarding CBD oil as a treatment for glaucoma is not promising. CBD appears to increase eye pressure–according to a rat study in Indiana, CBD actually raised eye pressure by 18% for at least four hours after drops were administered. In contrast, when testing THC eye drops, researchers noted that eye pressure decreased by up to 30% within eight hours of the dose.

While this research eliminates CBD as a glaucoma treatment, it does establish THC and, by extension, marijuana, as a potentially effective option. Just remember, THC is psychoactive and can give you a high, so many people may prefer to avoid this treatment option.

Even though CBD oil won’t alleviate glaucoma symptoms, you can enjoy its other benefits. Many users who suffer from symptoms such as vomiting, nausea, and pain find that CBD offers analgesic and anti-nausea properties, so it provides them with relief.

Also, in certain cases, studies show CBD lowering intraocular pressure in the eye, although more research is necessary given the conflicting findings.

As research progresses, however, we may find that CBD can lower your IOP and help protect the retinal cells. CBD may also help alleviate fear and anxiety before or after eye surgery. At this time, however, CBD eye drops are still a work in progress. Do not attempt to switch or replace your prescribed eye medications without talking to your doctor.