Home / Blog / CBD / CBD And THC, Why Are They So Closely Related?

CBD And THC, Why Are They So Closely Related? 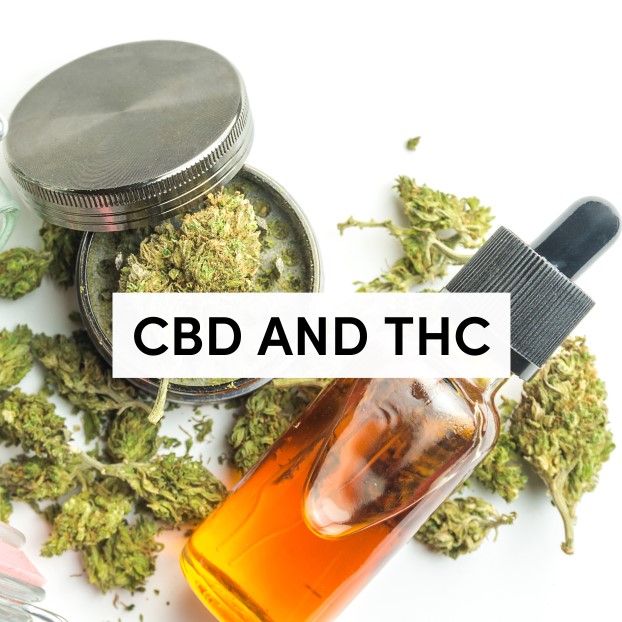 As the legal use of hemp and other cannabis derivatives continues to grow, users are becoming increasingly more inquisitive about their choice of cannabinoids. With their continued use of the compound, it’s only natural for them to start to learn more and more about the compounds they consume. The first pair of cannabinoids they would likely begin to learn about are, of course, the most famous, CBD and THC.

Both hemp and marijuana, two different varieties of cannabis, hold THC and CBD. However, hemp has a higher CBD level and negligible THC, while marijuana has a much higher THC content. Although both these compounds come from the same plant, they have some key distinctions you would like to be aware of. Continue reading on to find out more about these cannabinoids. 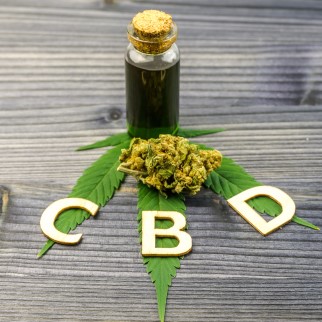 Manufacturers can extract CBD from either the marijuana or the hemp plant. CBD does not exhibit the psychoactive effects THC is famous for, but might share similar potentially therapeutic benefits with it. That way, you can take full advantage of any therapeutic advantages cannabis may hold without worrying about getting high.’ Even though CBD may legally contain trace amounts of THC, 0.3% or less, that is not remotely enough to give off psychoactive effects.

Research into CBD is still ongoing, but so far, the effects already investigated are quite promising. CBD is seemingly effective when it comes to offering relief from anxiety, depression, inflammation, and numb pain sensation, among other things. A research study on rats discovered that CBD oil could have an application as a treatment for arthritis-related pain. Another one conducted on human cells pointed that CBD cream might be an effective anti-inflammatory agent.

You can administer CBD in many different ways. That enables users to tailor their method of administration to their specific needs and preferences. You can take CBD in the form of capsules, gummies, oils, gels, creams, extracts, supplements, and vaping oils.

Tetrahydrocannabinol, or THC for short, is the other most abundant cannabinoid the cannabis plant has to offer. It is also the most well-known, thanks to its euphoric and psychoactive effects. THC, and THC alone, is the actual reason you get high from marijuana.

There are cannabinoid receptors present in certain parts of the brain linked with coordination, pleasure, time perception, memory, and thinking. THC interacts with those receptors due to being structurally similar to anandamide, a natural chemical given off in the brain. It activates the receptors, producing an effect that affects a person’s movements, memory, concentration, thinking, and mood. THC also activates cells in the brain to discharge dopamine, which creates the feeling of euphoria experienced when getting high.

THC also affects how the hippocampus, the part of the brain responsible for creating new memories, processes information. In other cases, marijuana, which is high in THC, might also cause you to experience:

Relationship Between CBD and THC

Tetrahydrocannabinol (THC) and Cannabidiol (CBD) are two of the most popular and properly-researched cannabinoids. People consume CBD and THC together in various forms. You can take them either separately or together.

THC and CBD have similar molecular makeups consisting of 21 carbon atoms, 30 hydrogen atoms, and two oxygen atoms. However, they each have a different arrangement of their atoms. Both THC and CBD are chemically identical to the endocannabinoids your body produces on its own.

That is what enables them to bind with the CB1 and CB2 receptors. Said connection elicits the release of neurotransmitters found in your brain. These neurotransmitters relay messages between body cells and trigger responses on processes such as immune function, pain, sleep, stress, and memory, to name a few. This vast network of neurotransmitters is what’s called the endocannabinoid system or the ECS.

The ECS is an intricate cell-signaling system. Scientists are yet to fully understand the full potential of this complex system. However, existing evidence suggests that it plays a significant role in controlling a range of processes and functions.

Things like memory, appetite, mood, sleep, fertility, and reproduction fall under its influence to varying degrees each. Even if you don’t consume the cannabinoids in cannabis, the ECS is active and exists in your body.

So, how does it work? The ECS comprises three key components – endocannabinoids, receptors, and enzymes.

Endocannabinoids are molecules created by your body. They are nothing but cannabinoids your own body produces. So far, scientists discovered two essential endocannabinoids: 2-arachidonoylglyerol (2-AG) and anandamide (AEA). The body produces them on-demand, and they assist in keeping several internal functions balanced.

These receptors locate throughout the human body. Endocannabinoids attach to them in order to communicate the response the ECS deems necessary. The two key endocannabinoid receptors are:

Once endocannabinoids play their role, enzymes come to break them down. The main enzymes that carry out this task are:

-Fatty acid amide hydrolase enzyme, which is responsible for breaking down AEA

How CBD and THC Work with the ECS

CBD and THC interact with the ECS, but they play very different roles. This is because, even if they have the same chemical structure, they don’t have the same atom arrangement. Thus, making the body perceive them as two different compounds. This is why they have differing effects.

How CBD Interacts with the ECS

CBD is a prominent cannabinoid within the cannabis plant. Unlike its counterpart THC, CBD will not get you high.

Scientists haven’t fully concluded how exactly CBD relates to the ECS. But they do know that CBD doesn’t bind to the CB1 or CB2 receptors the same way THC does.

Instead, the current thought is that it functions by inhibiting endocannabinoids from breaking down. This enables them to have a prolonged impact on the body. They also suggest that instead, THC does attach somewhat to the receptors but in a different and passive way. However, this attaching results in it inhibiting THC from binding to them. Thus, if taken earlier and in sufficient quantities, CBD might soften the effects of THC.

How THC Interacts with the ECS

Tetrahydrocannabinol (THC) it’s the compound in marijuana that gives you that ‘high’ feeling.

When THC enters your body, it interacts with the ECS by attaching to the receptors, just like endocannabinoids do. It’s potent largely because it can attach itself to both CB1 and CB2 receptors.

This enables it to have a broad range of effects on your mind and body, with some being more pleasant than others. For instance, THC might be able to stimulate your appetite and relieving pain. However, it can also cause anxiety and paranoia as well.

How Is CBD Different From THC?

In spite of having the same atoms, CBD and THC don’t share the psychoactive effect. When THC attaches to the CB1 receptor located in the brain, it gives off a sense of euphoria or a ‘high.’ CBD doesn’t give off the high associated with the use of THC. Yet, CBD might give you therapeutic effects that are somewhat similar to the beneficial effects of cannabis.

On the other hand, CBD attaches very weakly, if at all, to CB1 receptors. Also, CBD is apparently able to mitigate some of the unwanted effects caused by THC, including the euphoric high.

Some THC users experience side effects such as sedation, hunger, or anxiety after consumption. Human and rat studies in the same case study suggested that CBD also might assist in reducing these side effects.

Can You Separate CBD and THC? 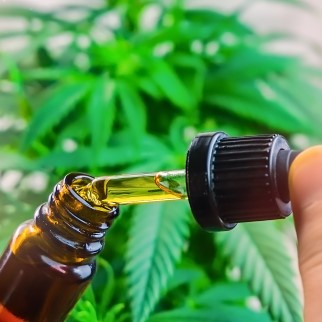 Many people are attracted to the purported benefits of CBD. Yet, they are unwilling to use it because when finding out it includes traces of THC due to concerns about impairment. They don’t want the THC component because they don’t want to experience the side effects that come with it. Also, they might fear testing positive for THC in a workplace drug test which might end up costing them dearly.

Fortunately, it’s possible to separate THC from CBD. A type of CBD called ‘broad-spectrum CBD’ has zero THC in it due to manufacturers removing it all through additional processing. That is in contrast to ‘full-spectrum CBD,’ which still contains up to 0.3% of THC. Also, there are CBD isolates which are pure CBD stripped of every other compound, including THC.

Those products are ideal for those still uncomfortable with the idea of consuming THC. However, be aware, they have somewhat weaker effects than full-spectrum CBD. That is because CBD appears to work better when it includes as many cannabis compounds as possible. Still, broad-spectrum and CBD isolates do away with the risk of THC completely. Now that you know more about the relation between CBD and THC, you are better equipped to choose whichever type of CBD that best fits your needs and goals! 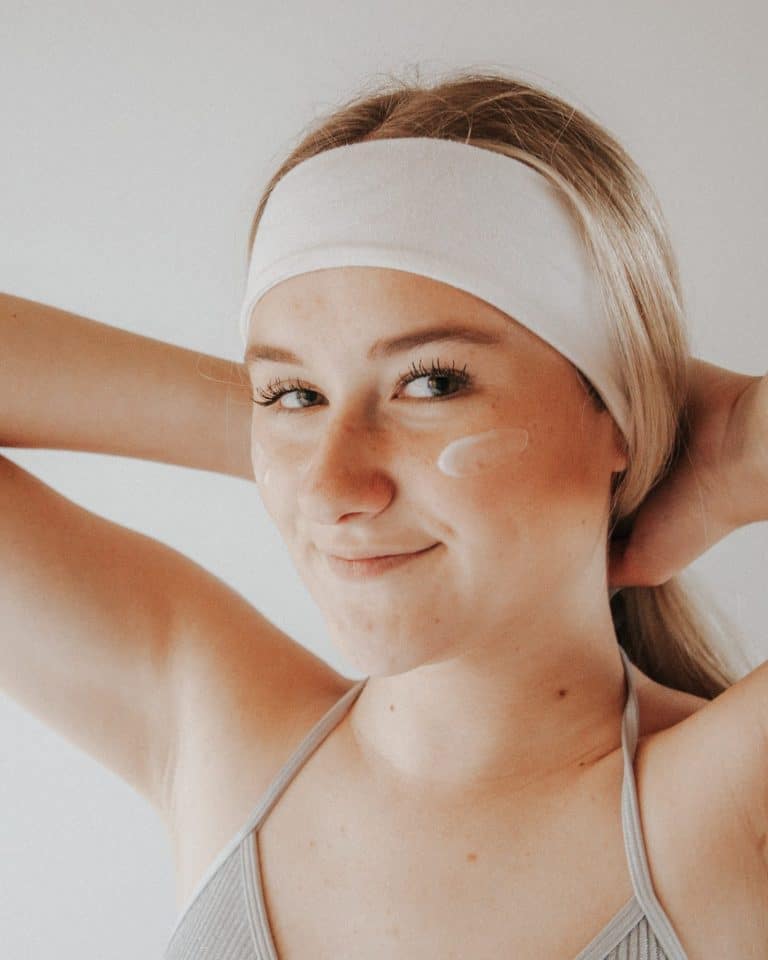 Here’s Why CBD Cosmetics are Sticking Around 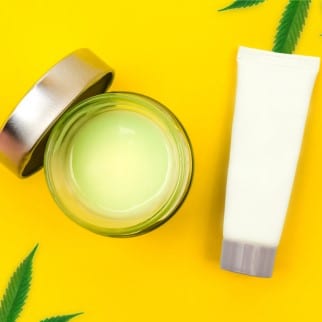