Home / Blog / CBD / Is CBD a COX 2 Inhibitor? How This Enzyme is Related to Pain Relief

Is CBD a COX 2 Inhibitor? How This Enzyme is Related to Pain Relief 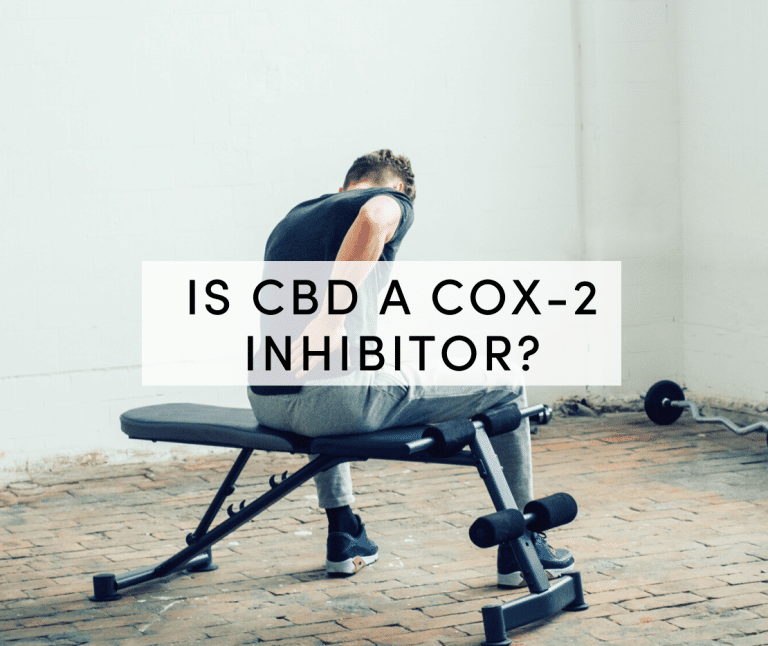 COX 2 is basically an inflammatory enzyme that numerous drugs target. Today we will learn about its association with inflammatory diseases, and if researchers have discovered a natural way to inhibit this enzyme. Is CBD a COX 2 inhibitor? In fact, it seems to be, and it may play a significant role in reducing inflammation and pain.

Cannabidiol (CBD) is an active compound that exists in the cannabis plant. Although it’s one of the numerous chemicals in this plant, it’s unique in that it doesn’t cause intoxication. Studies in animals claim that CBD alleviates inflammation and pain, but proof from animal studies is still minimal. Nonetheless, many users continue to report their great experiences of anxiety and pain relief by using CBD.

CBD from hemp plants is legal, because these plants comprise 0.3% THC or less. Marijuana is famous because of this mind-altering substance, THC. Nonetheless, it’s essential to understand that CBD from any type of cannabis plant is still the same active compound. Getting CBD from marijuana plants can be problematic because the plant is illegal in most of the United States. In most cases, the industrial hemp plant contains significantly higher concentrations of CBD. There are several ways to extract the compound from the plant. After that, it’s just a matter of combining it with a carrier oil or putting it in capsules to ingest. 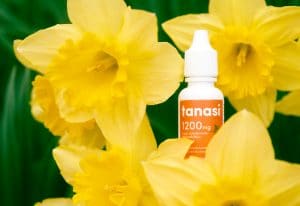 If you are wondering what makes CBD a COX 2 inhibitor, you must first understand how it works. Interestingly, every vital pain system has been discovered because scientists were investigating pain relievers. These include the endorphin system from the study of opium poppy, capsaicin from studying chili peppers, the endocannabinoid system from cannabis, and the inflammatory cascade from studying salicylic acid (which is the basis of aspirin) from willow bark.

Did you know that your body releases its own cannabinoids called endocannabinoids? Your body only produces them when it needs them for various functions. The endocannabinoid system (ECS) contains endocannabinoids, their receptors as well as enzymes that mainly act on them. They work in tandem with other vital pain systems including the inflammatory and endorphin system.

The ECS fires steadily to manage pain signals when it needs to. When scientists deactivated it in certain animal experiments, the outcome was unusual pain sensitivity. Generally, there are two receptor types via which CBD works, CB1 & CB2. Activating CB1 inhibits pain signals, and CB2 inhibits inflammation. These are the core things that make CBD a COX 2 inhibitor.

COX 2 is basically an enzyme the body uses to release a family of inflammatory messengers known as prostaglandins. Inhibiting or blocking COX 2 decreases prostaglandins, and ultimately, reduces inflammation.

Researchers realized that COX 2 is part of the body’s inflammatory response. However, similar to most other molecules that have significant roles in normal states and during inflammation, COX 2 may also support cognition and protect the brain. Although COX 1 is another enzyme that can create inflammatory prostaglandins, it also protects your stomach lining.

The diseases below are only linked to high COX 2 activity in some studies. In most cases, a cause-and-effect relationship has not been established.

In general, COX 2 is associated with numerous inflammatory conditions, such as osteoarthritis, and rheumatoid arthritis. Because COX 2 is active in the human brain, its overactivity has often been associated with neurodegenerative disorders such as multiple sclerosis (MS), Parkinson’s disease, amyotrophic lateral sclerosis, and Alzheimer’s disease in some cases.

It’s still unclear how and whether COX 2 plays a role when it comes to cancer risk. In fact, the expression of a particular COX 2 variant in the Han Chinese is often linked to gastric cancer. In another study, higher COX 2 levels were linked to melanoma. Some scientists believe that COX 2’s primary role in modulating cell death might explain the enzyme’s connection to cancer. However, this is still uncertain. We need more research to fully understand these connections.

Always remember that cancer and other complex inflammatory diseases usually entail multiple possible factors. Genetics, overall health, environment, and biochemistry all differ from one person to another.

– Consuming diets rich in omega-6 fatty acids. This might increase arachidonic acid and cause inflammation by increasing COX 2, based on several studies.

– Stress is also a contributing factor.

Many other factors that enhance inflammation can also increase COX 2. Researchers have reported that although some natural compounds might act as COX 2 inhibitors, their safety and effectiveness have not been confirmed in the right clinical trials. As you can see, finding a natural, safe way to inhibit COX 2 would be a great success for science.

Is CBD a COX 2 Inhibitor?

CBD acts through the ECS. The receptors in this system are present throughout the body. CBD can provide peripheral pain relief by stimulating CB1 receptors. Chemically, CBD is similar to endocannabinoids such as anandamide, 2-arachidonoylglycerol, and arachidonoylethanolamine, which adheres to ECS receptors. It generally increases anandamide levels at high doses, allowing pain relief.

Researchers believe that CBD contains powerful antioxidant activity that may surpass that of vitamin C or vitamin E. Although it is also a TNF-α inhibitor, it doesn’t cause gastric irritation or vascular issues like NSAIDs since it doesn’t act on both COX 1 & COX 2 like NSAIDs do. Additionally, it increases adenosine signaling and therefore decreases inflammation and allows pain relief. 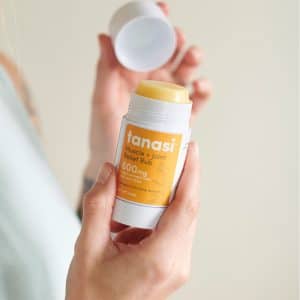 As a topical product, CBD decreases hypersensitivity and inflammation in rats with arthritis. The liver absorbs it well. Generally speaking, the absorption is usually directly proportional to the CBD quantity. This treatment reduced joint swelling and other signs of joint inflammation in the rat study. With oral ingestion there is also a huge reduction in pain sensation when it comes to rat experiments. There’s less inflammation and a significantly reduced concentration of inflammatory molecules within and surrounding the joint space. This results in improvement of symptoms and inhibiting joint cartilage breakdown with time.

With joint inflammation, the synovial membrane cells that primarily deal with secreting lubricating joint fluid and aiding with the local community are stimulated and start to produce inflammatory chemicals such as TNF-α, IL1-α, and others. Apart from increasing the sensitivity of the main pain receptors in the joints, they also recruit other cells to increase the secretion of these cytokines, which increases the intensity of inflammation. In general, CBD seems to desensitize this pain system, TRPV1; therefore, preventing further pain and progression. In most cases, smoking cannabis is the reported method to relieve arthritis pain. Considering the absence of more clinical trials, it’s still a treatment you should try with caution.

Conclusion: Is CBD a COX 2 Inhibitor?

A 2017 study by the US National Academy of Sciences discovered that cannabinoids created a higher likelihood of pain reduction in individuals with chronic pain. They didn’t differentiate between CBD, THC, and any other chemicals in cannabis. This is an example of a study that found meaningful results, but wasn’t specific to CBD alone.

As you can see, without specific clinical studies on CBD, it is hard to pin down the exact reasons CBD works the way it does. Various products start to act at various intervals and might use other ingredients that also alleviate inflammation or pain. For example, a CBD ointment might consist of menthol or capsaicin too, which both ease mild pain. It makes it challenging to establish how much of the effect was from CBD or other ingredients.

What we know so far is that its interaction with the ECS makes CBD a COX 2 inhibitor one way or another. If you are interested in trying CBD for pain relief, consult your doctor first. They may have insights about drug interactions with your current medications. 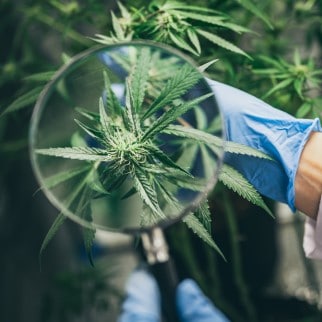 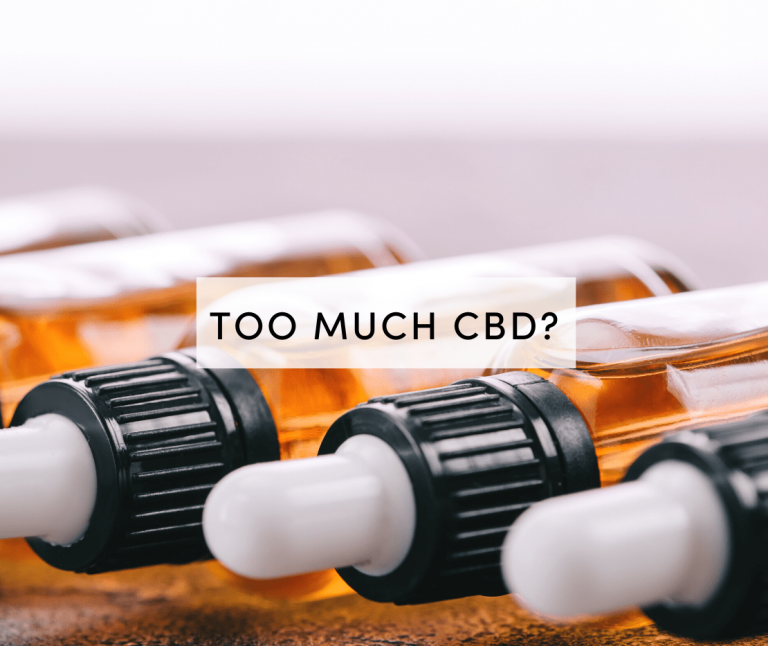 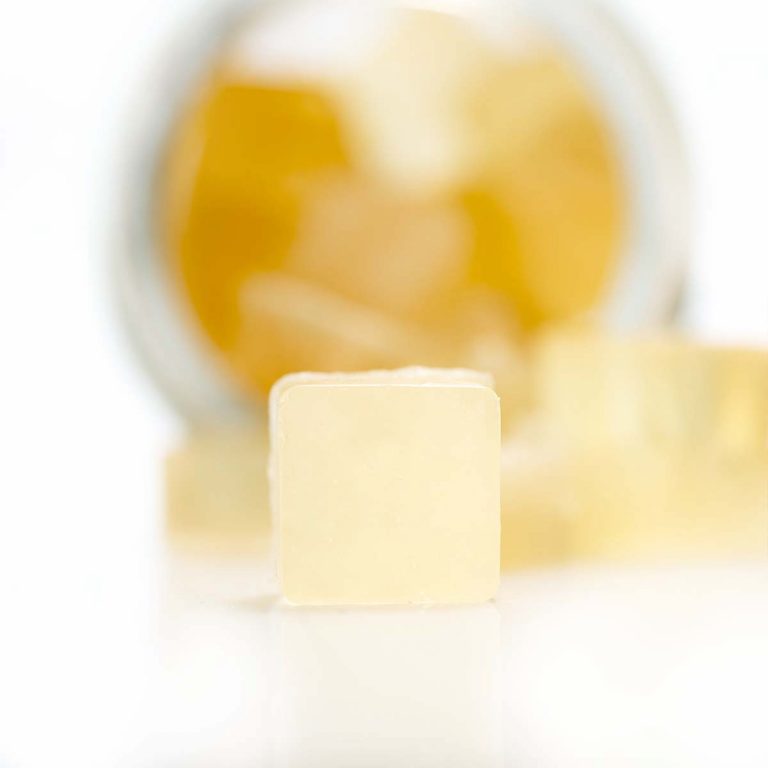