How Cannabinoid Receptors in the Gut Help Regulate Your Health 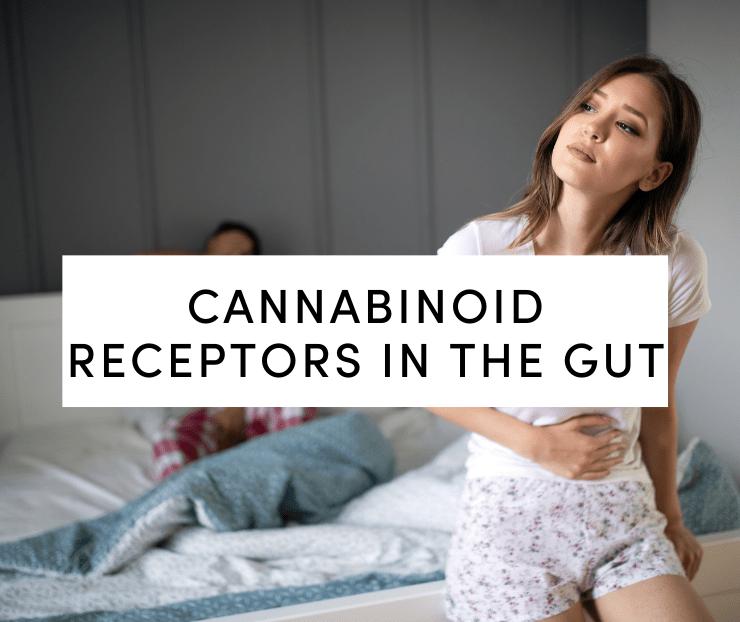 Cannabis has been used for centuries to address numerous disorders, especially those associated with the gastrointestinal tract. The activation of cannabinoid receptors in the gut may help deal with pain and discomfort. These cannabinoid receptors (CBRs) usually consist of G-protein coupled receptors located in the central and enteric neurons and immune cells. Over the years, it has been noted that CB1 can alter several aspects of the body. The sensory processing from the gut, brain integration, intrinsic control of the nervous system, and the extrinsic control of the gut are all linked to CB1. The previous belief was that cannabinoid receptors only played a direct role in the inflammation of the bowel. It has, however, been discovered to play a huge role in the entire digestive process.

The gastrointestinal tract is the system of organs in the body that ensures the absorption of nutrients to maintain psychological functions. It is made up of the mouth, stomach, gallbladder, esophagus, liver, pancreas, the small and large intestine, and the anus. The endocannabinoid system plays a great role as it influences how the GI tract works. The endocannabinoid system (ECS) connects the gut to the brain. Yes, you read that right. Your gut also has a brain of its own. Not one that can solve equations and puzzles, but one that plays a key role in maintaining your overall health, digestion, and mood. So, how are the gut and brain connected?

The endocannabinoid system is a network of receptors in the body that maintain a homeostatic balance in the body. It ensures that the body’s processes, such as pain management, memory, mood, and appetite, work efficiently. The ECS is also a communication link between the gut and the brain. It interacts with the enteric nervous system (ENS) and the central nervous system (CNS). The CNS comprises the brain and the spinal cord, while the ENS extends all the way from the esophagus to the rectum. The reason why the ENS is called the “second brain” is that it uses the same neurotransmitters, neurons, and receptors as the CNS. Therefore, it is right to say that the two brains speak the same language. The ECS has two main cannabinoid receptors, namely CB1 and CB2. These are the two main cannabinoid receptors in the gut. 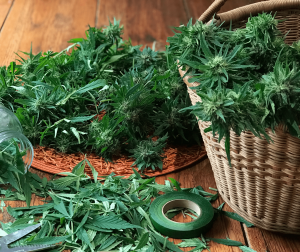 Cannabidiol (CBD) is one of the numerous compounds found in the cannabis plant. One of its counterparts, tetrahydrocannabinol (THC), is a psychotropic compound. This means it alters the user’s mental state and sensory perception. In other words, it makes people high. This is one reason why CBD has gained a lot of popularity over the years as it does not cause an intoxicating effect. It boasts numerous potential benefits such as relief from pain and nausea, improving appetite, and even helping people sleep better. Cannabinoids like CBD may help with gut pain and discomfort as they interact with the endocannabinoid system in the body.

Cannabinoid Receptors in the Gut

The endocannabinoid system may affect the gut in three major ways:

Secondly, the ECS also communicates with the brain. It regulates the two-way communication between the brain and the gut. Any brain changes related to pain or stress will alter the functionality of the GI tract. Likewise, any changes that occur in the gut will be communicated back to the brain through the ECS. The onset of some type of infection would be an instance in which the gut would need to alert the brain quickly. By doing this, bowel health may be maintained and conditions such as irritable bowel syndrome could be controlled.

The third function of the ECS is that it regulates digestive action. This is where gut motility comes into play. The contraction of the GI tract enables food to move through the digestive system and ensure that nutrients are absorbed. Gut motility ensures that food is sent onwards and digestion is carried out efficiently. The brain usually interacts with the gut to determine the pace of contraction. However, there are times where the timing of the contractions can have issues.

Here is where cannabinoid receptors in the gut come into play. They may help reduce motility, and the more the cannabinoid receptors in the gut, the slower the food moves. The activation of the CB1 receptor decreases the motility. This activation leads to an inhibition of acetylcholine (ACH) release, which leads to slowed peristalsis and smooth muscle contraction. Fatty acid amide hydrolase (FAAH) enzymes also break down anandamide, which is the cannabinoid that binds to the CB1 receptor. Several phytocannabinoids tend to block FAAH and allow anandamide to have a longer action time. This prolonged activation results in enhanced benefits of CB1 activation in the gut.

Cannabidiol (CBD) usually does not bind directly to CB1` or CB2 receptors but regulates their activity through indirect pathways. Cannabinoids have emerged as a potential source of relief for symptoms of Irritable Bowel Syndrome (IBS). When the intestinal cells get inflamed, the intestinal permeability is usually increased, leading to irritation. Cannabinoids may help reduce inflammation and repair the integrity of the intestinal lining. The ECS also helps regulate gastric secretions. For example, the secretion of stomach acid can be regulated by the cannabinoid receptor activity. According to research done on rodent intestines, it was noted that when an electric current was applied to them to stimulate the gastric secretion, the cannabinoids blocked the signal and reduced the gastric secretion in the stomach and intestines. 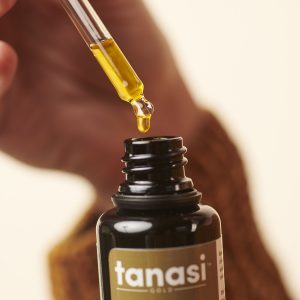 How Diet Affects Cannabinoid Receptors in the Gut

Did you know that the type of food you eat will influence the cannabinoids released by the body? Everything in the gut is usually related. For example, it was noted that high-fat diets led to an increase in 2-AG (an endocannabinoid) in the gut and reduced the anandamide levels. However, research is still ongoing on why both these cannabinoids adjust in opposite directions, yet they both activate the CB1 receptor. Cannabinoids can also affect your appetite. For example, after eating food that is high in fat, cannabinoid levels will spike. This explains why food may taste better when you are under the influence of cannabis and why many cannabis users eat more in a sitting than other people.

There is a link between obesity and the cannabinoid receptors in the gut. Through the pathways associated with the gut and brain axis, alterations in the ECS system can lead to obesity. Endocannabinoids signaling the gut may modulate the food intake by interacting indirectly with the vagus nerve. The work of this nerve is to permit the neurotransmission between the gut and brain. Some studies found increased endocannabinoid signaling after hedonic eating, which means that you are consuming food for pleasure. Thinking about food or eating fatty foods will increase the levels of endocannabinoids.

The endocannabinoid system also plays a great role in maintaining intestinal health. It has been noted that high concentrations of the endocannabinoids 2-AG and anandamide foster intestinal health. The ENS of the GI tract contains approximately 500 million nerve endings. Around 20% of these are intrinsic primary neurons that alert the brain when there are any changes in the GI tract. This is done through the vagus nerve. Studies using high doses of CBD have been found to inhibit polyps and tumors in mice colons. It has also been effective in dealing with colon carcinogenesis in rodents; another benefit linked to cannabinoid receptors in the gut.

Conclusion on Cannabinoid Receptors in the Gut

It’s a good idea to talk to your doctor before taking CBD or other cannabinoids. This is especially true if you are on other medication or pregnant. Once you get a go-ahead from a doctor, ensure that you buy from a reputable company. CBD has become quite popular in recent years and is not regulated by the FDA so there are many fake products. Ensure third-party testing before buying any CBD product. This is the sure way to know if you are buying a high-quality product or one that is substandard. Always read the label to check the ingredients and the purity of the CBD product. Millions of dollars of funding led to the exhaustive scientific research behind Tanasi products. Tanasi’s full-spectrum hemp extracts are of the highest possible quality and effectiveness available on the market.