Home / Blog / CBC / The Cannabichromene Effects You Should Know About 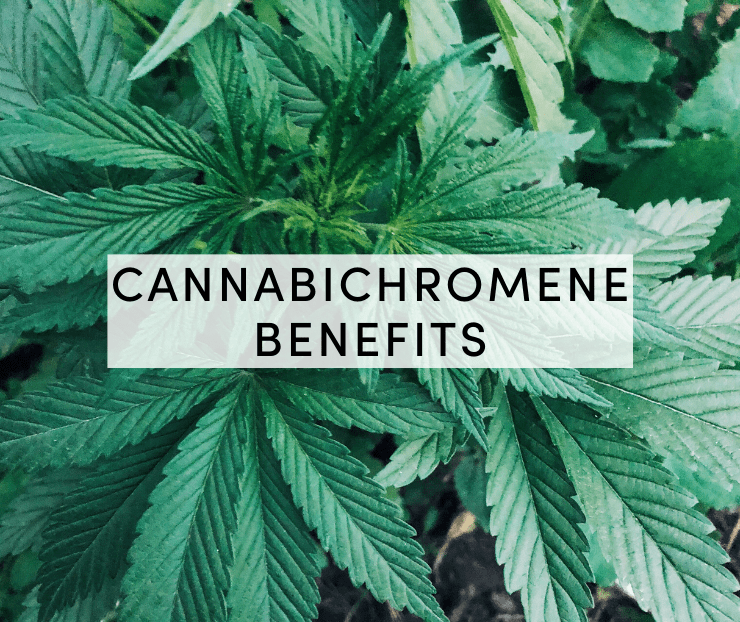 By now, anyone who has an idea about the cannabis and hemp industry probably knows about THC and CBD. CBD has gained popularity over the past decade due to its various health benefits. Most people assume that CBD is the only cannabinoid worth their attention. However, that is far from the truth. The hemp plant contains hundreds of other cannabinoids that interact with the body’s endocannabinoid system. Cannabichromene is one such compound that doesn’t get as much attention as CBD and THC. CBC may be the next cannabinoid to undergo a boom in the wellness industry. It has shown the potential to offer unique health benefits to its users. But first, let’s find out what it is and what cannabichromene benefits there may be.

CBC is the acronym for cannabichromene, which is the third most abundant cannabinoid. This cannabinoid comes from the same precursor that forms THC and CBD: cannabigerolic acid (CBGA). Once CBGA is converted to CBCA, it breaks down to create CBC. This occurs during decarboxylation.

Difference Between CBC and CBD

CBC and CBD also differ in terms of health benefits. More studies have tried to find out the benefits of CBD. Nonetheless, recent studies have started focusing on cannabichromene benefits.

How Cannabichromene Benefits May Happen

However, CBC does interact with other receptors within the body, including transient receptor potential ankyrin 1 (TRPA1) and vanilloid receptor 1 (TRPV1). Both of these receptors are associated with pain perception. An increase in endocannabinoid levels, including anandamide, is experienced once CBC binds with TRPA1 and TRPV1. 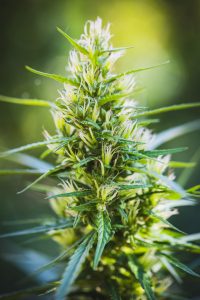 How Is CBC Produced?

Cannabichromene, just like other cannabinoids, is produced through a chain of biological processes. This series of processes occur in the hemp plant to produce CBC. The hemp plant produces cannabigerolic acid, which is later converted into cannabichromene carboxylic acid. This acid is then broken down into CBC once it is exposed to UV rays and heat.

Cannabigerolic acid is also responsible for the production of CBD and THC. Hemp produces these cannabinoids depending on certain conditions. CBGA is usually broken down through a process known as decarboxylation.

Cannabichromene is abundantly present in certain strains of hemp. Regrettably, most producers of hemp don’t focus on these strains. Attention is being placed on strains that produce significant quantities of CBD. With further research into this cannabinoid, more growers will be inclined to grow strains containing substantial CBC amounts.

There are multiple ways to produce CBC extract products. Manufacturers may opt to source hemp strains containing significant CBC concentrations. They may also apply processes that convert phytocannabinoids to CBC.

CBC has great potential for dealing with a variety of health issues. Interest in CBC has started rising now that people have begun considering it a potentially therapeutic cannabinoid. Still, we still need more research to unearth the full potential of CBC. Here’s a breakdown of the medical possibilities of cannabichromene benefits:

Inflammation is the root of many modern diseases. Inflammation is a growing concern for autoimmune diseases, allergies, and psychiatric conditions such as schizophrenia and depression.

CBC contains anti-inflammatory properties that may help in the management of various conditions. Recent studies have shown that CBC may help reduce edema. This is a condition involving excess fluid confined within the body’s tissues.

CBC can also help manage pain and inflammation linked to osteoarthritis. This cannabinoid was used in mice to manage pain by acting on areas responsible for pain production. It appears to manage inflammation whilst not activating cannabinoid receptors. It delivers more potent anti-inflammatory effects when used together with other cannabinoids. This is the “entourage effect.”

Research suggests the ability of cannabichromene to inhibit the growth of tumors linked to cancer. This cannabinoid may fight cancer through its interaction with anandamide, the body’s natural endocannabinoid. CBC also allows anandamide to stay for long in the bloodstream by restricting its uptake. A recent mice study showed that CBC may be effective in inhibiting the growth of tumors and inflammation.

The entourage effect is key to unlocking CBC’s antidepressant properties. When used with CBD and THC, these compounds result in mood elevation. One study unearthed that CBC exhibited antidepressant effects on mice. The mice that were depressed due to tail suspension tests performed better on stress tests.

One of the primary triggers of depression is chronic stress. You are less likely to experience depression if you adapt to stress. CBC may offer relief by acting as a mood enhancer.

According to studies, CBC is a potent acne inhibitor. Sebaceous gland inflammation and excess sebum cause acne. Cannabichromene’s ability to inhibit oil synthesis within the sebaceous glands is essential in the fight against acne. Its potent anti-inflammatory properties also make it an effective anti-acne agent.

A study on adult mice showed a positive correlation between CBC and neural stem progenitor cells (NSPCs). These cells are key to healthy brain function. These self-renewing cells can differentiate into various other cells, helping with brain growth and recovery. CBC can increase the viability of NSPCs, thereby improving their function.

Cannabichromene may boost neurogenesis. This process involves the development of the cells responsible for memory and learning. Alzheimer’s and dementia usually hinder neurogenesis.

According to research, CBC may have significant antibacterial properties. This cannabinoid exhibited antibacterial effects against bacteria, including S. aureus and E. coli.

CBC can also help in the fight against fungi. Its antifungal properties range from mild to moderate against various types of fungi. It is an effective option in the containment of Aspergillus niger. This fungi (black mold) is a notorious food contaminant.

CBC may play a vital role in gut health. Research has proven the ability of CBC to help reduce diarrhea without resulting in hypomotility (constipation). Cannabichromene normalizes the gentle contractions within the intestines that are responsible for the movement of processed food matter. Most anti-diarrhea drugs typically paralyze these contractions, resulting in further complications.

Cannabichromene is a safe and non-toxic cannabinoid, just like CBD. Its non-psychoactive properties ensure it doesn’t induce any euphoric feelings when consumed. This implies that you won’t get high, even if you consume high doses of CBC.

No research has shown that this cannabinoid may be harmful and dangerous when used. So far, research only shows the cannabichromene benefits we’ve discussed.

However, CBC may have some mild side effects when consumed. There is always the possibility of experiencing side effects when you consume high-dose cannabichromene extracts. These side-effects are usually minimal, and it is highly unlikely that you’ll experience them. They include: 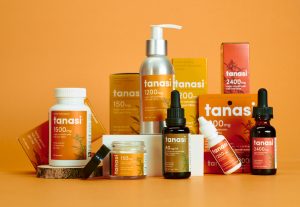 What Does The Future Hold?

Initial medical research into the hemp industry mainly focused on THC and CBD. The other siblings of these cannabinoids are now starting to get more attention from researchers.

Every year, scientists conduct more research showing the health and therapeutic benefits of CBC. We expect a dramatic influx of CBC products now that research is backing up its health benefits, including its ability to alleviate depression, block pain, and boost brain cell growth.

Despite being a less popular cannabinoid, CBC may eventually attain the status of a therapeutic treatment. Research is already showing promising results. However, researchers still need to do more to determine the health benefits and viability of CBC oil.

You can consume CBC through broad-spectrum or full-spectrum CBD oil. This cannabinoid does share lots of similarities to other cannabinoids. Still, it has distinctive features that give it its benefits. This compound can treat inflammation, pain, and depression. This is especially true when you combine it with other cannabinoids, including CBN, CBD, and CBG.

At Tanasi, we offer high-quality full-spectrum products that can help you treat various health conditions. Our products contain only the finest ingredients, ensuring you get the best results. Remember to talk to your doctor first before using CBC (or any) products to treat any medical condition. 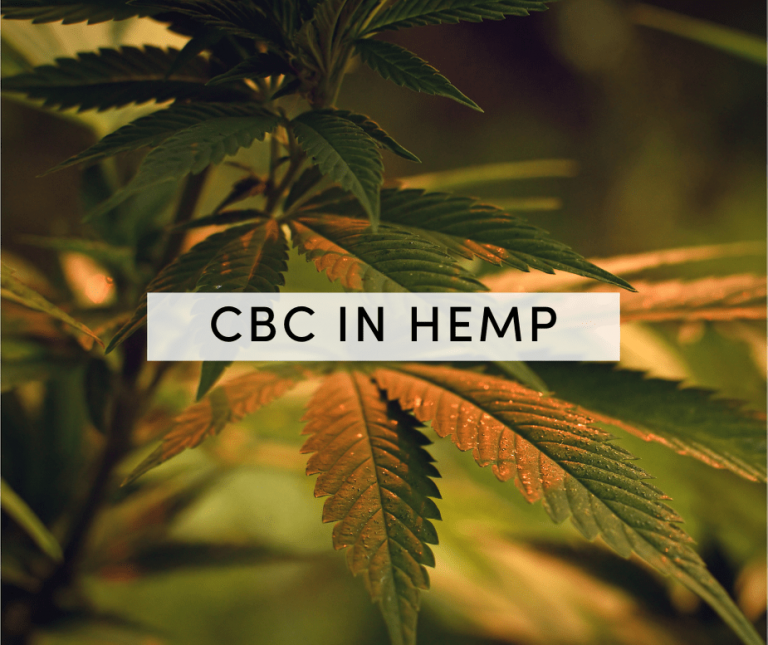 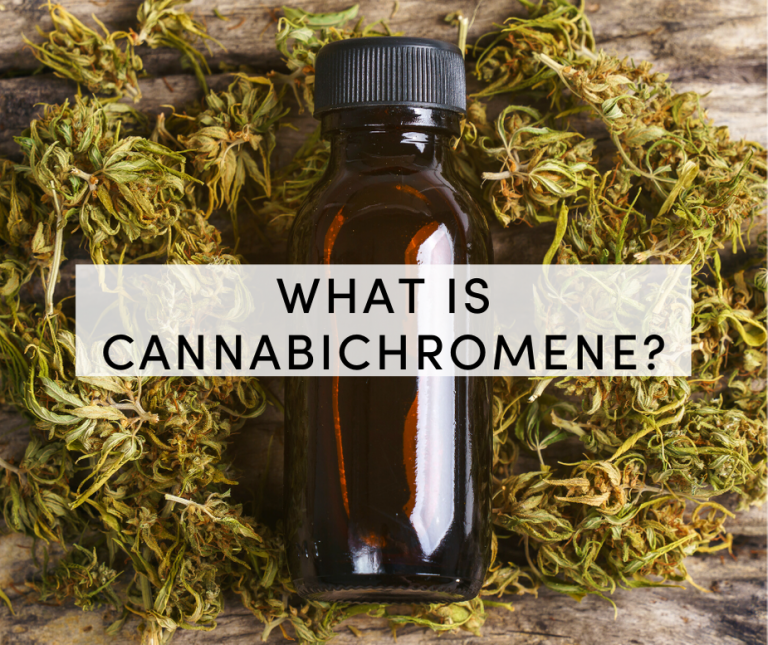