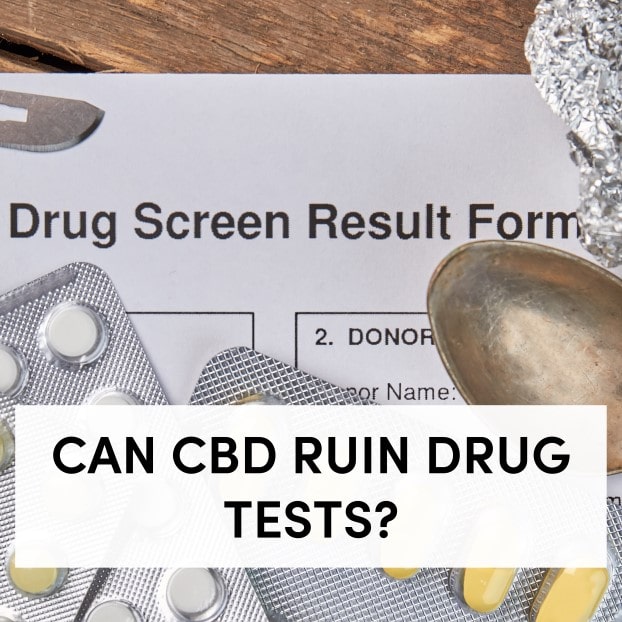 Are you worried about CBD and drug tests? You may have noticed an explosion of CBD products. Suddenly, you can get your hemp extract from local stores, pharmacies, and even cafes. It comes in the form of oils, coffees, smoothies, lotions, gummies, and even cookies. Well, this craze linked to Congress’ 2018 decision to life the ban on hemp.

Licensed farmers can now grow hemp. (That’s so long as contains less than 0.3% THC.) Even better? CBD has many potential therapeutic benefits. These include:

Still, this extract has links to the cannabis plant. So we have to think about CBD and drug tests. And that’s why there’s one critical question on everyone’s minds: Can CBD ruin drug tests? This is especially crucial for athletes, employers, and criminal justice systems. If you need answers to that question, then read on:

What Are Drug Tests? 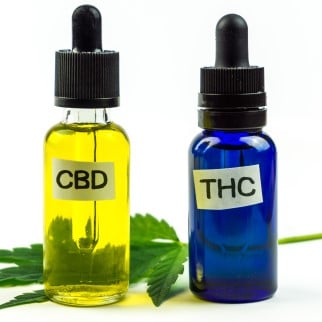 A drug test looks for illegal or prescription drugs’ presence in the urine, saliva, blood, hair, or sweat. One of the most common types of drug screening is urine testing. In fact, it’s the most common diagnostic test for cannabis. It’s painless and uses antibodies to latch onto drugs or their metabolites. If these antibodies identify a drug, then the test will come out positive.

If you’re worried about CBD and drug tests, remember that the federal government sets some drug concentration levels for urine screenings. If your drug concentrations are under this threshold, you’ll get a negative result.

But if you test positive, you’ll need a follow-up test to confirm the presence of drugs. Testers might need to do gas chromatography and mass spectroscopy since they’re more accurate at detecting the drugs and metabolites.

CBD and Drug Tests: What are they Testing for Exactly?

Why Do People Perform Drug Tests?

Is It Possible for A Drug Test to Give Out A False Positive?

Yes, it is possible to get a false-positive result in a drug test. This may happen if you use the below drugs:

You may also have a false positive if you took the following:

Foods like bagels that have poppy seeds may cause a false positive for opioid screenings. This is because they naturally have some codeine and morphine in small amounts.

If you live with someone who smokes pot or undergo exposure to a large percentage of it, THC may appear in your urine test.

Mouthwash and some liquid medications contain ethanol. Some alcohol urine tests can pick up the presence of ethanol.

It is not unusual to get a false positive in amphetamine urine tests due to some weight loss pills. An example is Phentermine.

False positives may also occur due to:

Can CBD ruin drug tests? Large amounts of CBD consumption could lead to a positive THC urine test, even though the former is non-psychoactive.

CBD, shorthand for cannabidiol, is one of the over 100 chemical compounds found in the cannabis plant. It has antioxidant, neuroprotective, analgesic, and anti-inflammatory properties which are the reason it is so popular. CBD is non-psychoactive, unlike its cousin tetrahydrocannabinol, or THC, which is psychoactive.

CBD comes from the hemp plant, which is a cousin of the marijuana plant. In 2018, the Farm Bill legalized the cultivation and commercialization of hemp products. Thus, it removed hemp from the Drug Enforcement Agency (DEA) list of controlled substances. This led to the rise in popularity of CBD in various forms such as gummies, bath bombs, drinks, clothes, and pet products.

CBD comes from the hemp flowers. Hemp is one of the most regenerative plants globally, it is able to grow in harsh conditions without any problems. It can therefore thrive without much fertilizer or water. It is also naturally resistant to pests, hence it has no need for pesticides.

What Is the Difference Between Hemp and Marijuana?

They are both varieties of the cannabis plant. However, there is a difference. Hemp plants are popular for their high CBD content, while marijuana’s main attraction is it’s high THC content. Most manufacturers extract CBD from the hemp plant due to it having naturally low quantities of THC. Extracting CBD from marijuana its possible, however, it will have much more than 0.3% which would violate the legal limit.

Will CBD Make You High?

CBD is non-psychoactive; hence it will not make you high. It will not give you a euphoric feeling like its cousin THC does. 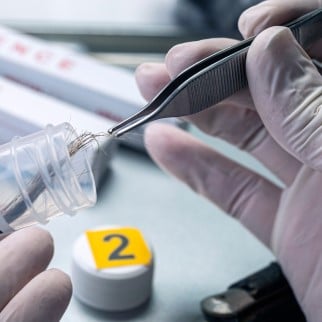 The answer to this is yes and no. This is because, currently, there are no drug tests designed to detect the presence of CBD.  The only cannabis-related drug tests at the moment only check for the presence of THC, not CBD. Therefore, if you are using CBD products that do not have a certificate of analysis (CoA) to indicate that it has zero THC, its possible it has high levels of it and a drugs test could pick on it.

Therefore, it is best to only purchase CBD products with a CoA purity guarantee in order to avoid ingesting over-the-legal-limit amounts of THC.

If you take lots of CBD, the small amounts of THC could build up and give a false positive. This is true since, legally, CBD can contain up to 0.3% THC. Therefore, taking excessive large quantities of CBD could make you hold just enough of it for it show up in a drug test

So, does CBD show up on a drug test? No, it does not, as there is no test for it. However, lets see how likely are different kind of drugs test to give out a false THC positive due to CBD.

Blood tests are not as common as urine tests for CBD and cannabinoids. However, they can detect THC metabolites. Blood tests are not favorites as a drug screening method for THC as it quickly disappears from the bloodstream; hence it is not very effective. THC is only detectable in the plasma within 5 hours after taking it, but the THC metabolites can last for over a week.

CBD and Drug Tests: Can it Ruin Drug Tests in Saliva?

Saliva tests for CBD are also rare, just like hair tests. Depending on the dosage, it can pick up in the THC components within minutes and for up to 36 hours after taking it.

This is the most popular test. The detection window for THC through the urine test can vary due to the dosage and frequency of use. The metabolites can show up on the test between 3 days to 2 weeks after taking it. For daily users, THC metabolites can appear within 15 days of administration. Here, THC-COOH must be present at 50ng/ml to trigger a positive test.

Hair tests can detect THC metabolites in CBD for as long as three months post-administration.  Private industry cut-offs are at one picogram per milligram of THC-COOH. It is crucial to note, however, that these tests are still not that common for CBD and THC.

Can CBD ruin drug tests? As seen above, this depends on the dosage taken and the product you particularly took. However, normally, CBD should not show up on a routine drug test. It is best to always buy your CBD products from a reputable company that you trust. Ensure that they also conduct third-party testing to err on the safe side. The CBD industry has little regulation as of now; hence there are chances that you may be taking lots of THC with your CBD. Therefore, to make sure that you do not get a positive result, it is best to skip on using CBD before a drug test. The best is to stop two to three weeks before it in order to allow the THC and its metabolites to clear from your system. 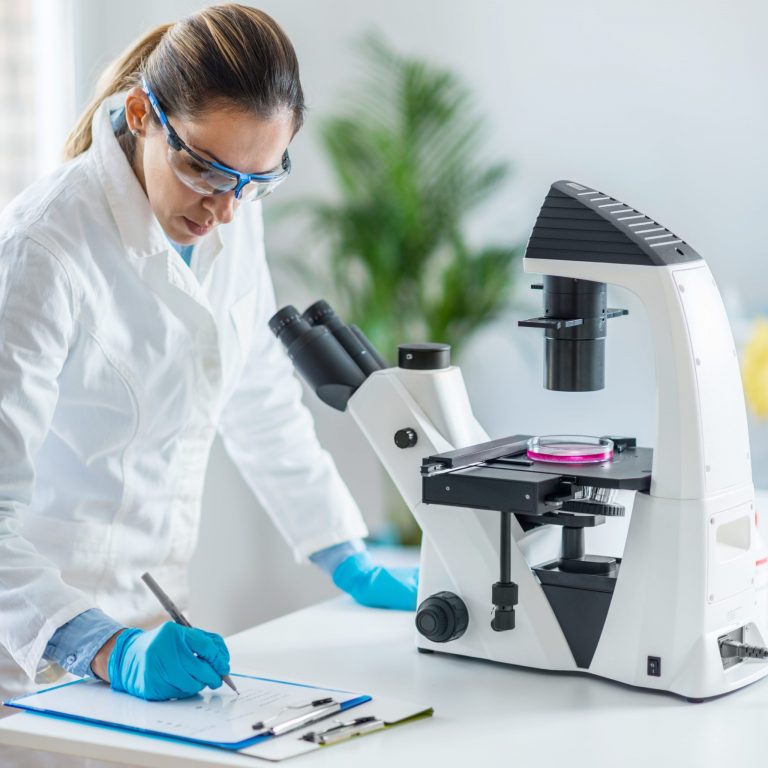 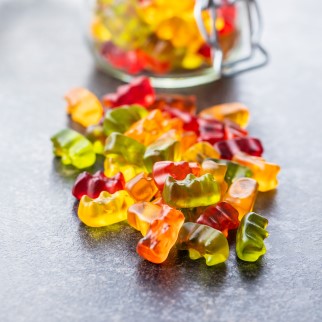