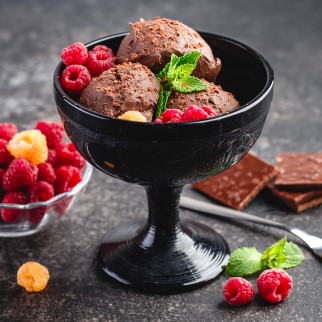 Chocolate, ice cream, and sweets. What do they all have in common? Not talking about the sugar in them. Rather, they are all linked to happiness. When you give a child sweets, ice cream, or chocolate, you will see their faces light up. The joy in the small things is unmeasurable.If asked, most people would say their goal in life is to be happy. That is a goal most spend their lives trying to achieving. But did you know that human beings’ genetics also play a role in their happiness? Researchers discovered that some people share one genetic mutation that gives them an ‘edge’ in the pursuit of happiness. They tend to produce less of the FAAH enzyme, responsible for breaking down Anandamide, a chemical in the body.

So, what is Anandamide, and what does it play in the body? A hint: Anandamide also goes by the colloquial name of ‘the bliss molecule.’

Anandamide comes from the word ‘Ananda,’ a Sanskrit word for bliss or divine happiness. It is an endogenous analog of tetrahydrocannabinol or THC. Anandamide (AEA) has been nicknamed the bliss molecule due to the unique role it plays in enhancing your mood. It is a neurotransmitter that usually binds to the cannabinoid receptors in the body, hence stimulating a sense of happiness and mental wellness.

The molecule was discovered in 1992 in Israel by scientists researching THC’s effects on the brain. That is all thanks to the godfather of cannabis research, Dr.Raphael Mechoulam. He theorized that if the brain has receptors that THC affects, then the body should produce other similar chemicals on its own.

He thought: THC fitted perfectly into the brain’s receptors and the central nervous system. Then the body must have some chemicals of its own that can act as keys to the receptors’ lock-like mechanism.

Therefore, if it were not for THC, then researchers would not have ever stumbled upon Anandamide. Initially, it was referred to as arachidonoylethanolamide due to its molecular structure and shape. Nowadays, it is known as Anandamide or AEA.

How Does Anandamide Work?

Anandamide is usually coming from N-arachidonoyl phosphatidylethanolamine (NAPE). The fatty acid amide hydrolase (FAAH) enzyme then breaks it down. Ultimately producing ethanolamine and arachidonic acid. The latter is a polyunsaturated omega-6 fatty acid. AEA, being a fragile molecule, is broken down into other compounds very quickly. Therefore, it does not stick around the body for long, and its effects are not long-lasting. Unlike Anandamide, THC can remain in the body’s fatty tissues for weeks; hence, its effects can linger much longer than those of THC.

Anandamide is made up of oxygen, hydrogen, carbon, and nitrogen atoms, hence having a molecular formula of C22H37NO2. It consists of one nitrogen-hydrogen pairing and a hydrocarbon tail that is hydrophobic but also lipophilic. That means that it is soluble in fat but will not dissolve in water. The hydrophobic property of Anandamide is common to all lipids and cannabinoids.

The endocannabinoid system plays a crucial role in maintaining the homeostatic functions of the body. It works to maintain a balanced internal environment by controlling blood pressure, temperature, water balance, mood, anxiety, and stress. Anandamide is also a crucial component of the endocannabinoid system, as it binds to the CB1 and CB2 receptors in the body. CB1 receptors exist mainly in the brain and the nervous system, while CB2 receptors belong to the immune system. When it binds with the CB1 and CB2 receptors, it activates them. It also activates type 1 vanilloid receptors (VR1), which help destroy cancer cells.

What Are the Benefits of Anandamide?

Anandamide’s ability to bind with the CB1 and CB2 receptors plays a vital role in the body. Below are some of the benefits of Anandamide.

Neurogenesis is the process of creating new neurons or brain cells. For the brain to work at maximum capacity, there must be neurogenesis. The formation of new nerve cells in the brain is crucial for learning and memory. That is where Anandamide comes in. The binding to the CB receptors facilitates the development of new nerve cells, especially for the elderly. Having the optimum anandamide levels in the brain will act as neuroprotection. Therefore, put you at a lower risk of developing neurodegenerative diseases.

One of the advantages of anandamide binding to the CB1 receptors is that it aids in pain relief. It does this by hindering the signaling of pain. Anandamide pills are therefore very popular with people suffering from chronic pain.

It Fights Off Depression.

Depression and anxiety are the most common mental issues affecting millions of people around the world. Research repeatedly links alcohol, nicotine, and drug abuse to depression. In the most severe instances, people have taken their lives because of depression. Luckily, there is a solution to this. Anandamide has helped fight off depression in patients suffering from it. According to a study conducted on streptozotocin-diabetic rats, it reversed their depressive-like behavior. Thus, confirming its antidepressant properties.

It Is A Mood Regulator.

The endocannabinoid system is responsible for controlling your moods. Anandamide regulates feelings of anxiety, fear, and happiness. Therefore, the higher the anandamide levels in your body, the happier you will be. Anandamide will act as a mood lifter. Anandamide is not addictive; hence no need to worry about becoming physically dependent on it.

It Helps Boost Your Memory.

One of the fantastic benefits of Anandamide is that it helps increase the working capacity of the brain. It also increases your creativity and enables you to create new ideas. There was a study done on mice with deficits in their working memory. They experienced a notable improvement in their cognition thanks to Anandamide. Therefore, if you need to focus at work or on your studies, you can try using anandamide pills.

It Helps Control Your Appetite.

Do you need to control your appetite? Then Anandamide is the perfect solution for you. If you want to follow a strict diet, then you can try using it. It helps control the appetite and satiety cycles by controlling your hunger and junk cravings. Therefore, if you have any weight loss plans, you can complement them with anandamide supplements.

Anandamide helps to control nausea and vomiting. It does this with the help of serotonin to produce these antiemetic effects. It is also great for pregnant mothers. However, you might want to check with your doctor before choosing to use this compound. 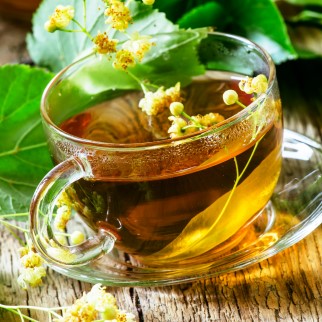 We already mentioned Anandamide pills. However, there are plenty of other sources for you to find this compound. Some of them are so common in our day-to-day lives; chances are, you already are taking one of them. You can find Anandamide in:

You can improve your anandamide levels by taking herbs and teas such as cloves, black pepper, cannabis, and oregano, among others.

Endocannabinoid-enhancing fatty acids such as eggs, chia seeds, flax seeds, hemp seeds, and walnuts are Anandamide sources. They nourish the body with omega-6 and omega-3 fatty acids that improve the endocannabinoid activity.

One of the best sources of Anandamide is dark chocolate. Chocolate also has theobromine, which helps in the production of Anandamide. Cacao powder has linoleoylethanolamine and oleolethanolamine.

Thus, it limits the endocannabinoids’ breakdown in the body to protect you from anandamide deficiency. However, you should note that milk chocolate has very low anandamide levels and high sugar and fat content. Thus, if you are looking for Anandamide, you better choose the darkest chocolate you can find.

Ways to Increase Your Anandamide Levels.

Want to boost the Anandamide levels of your body as well? Here’s a couple of ways to do that as well.

One of the ways to increase your anandamide levels is to take CBD. Doing this will increase its levels through the inhibition of the FAAH enzyme. FAAH is the enzyme that deals with Anandamide’s degradation; hence, the lesser the FAAH, the more the Anandamide in the body.

Scientists have discovered that 30 minutes of exercise will increase your anandamide levels. Do it. It will make you feel good.

Black truffles contain Anandamide, according to research. The truffles use it to attract animals so they can feed on them to enhance their spores’ spread. This works as a mechanism to boost their chances of reproducing. Eating the truffle will give a boost to your Anandamide levels. Don’t let the dog have it!

Life can be challenging, and at times, it may be hard to avoid stressful situations. However, handling it will help enhance your AEAlevels as stress decreases CB1 receptors in the body. You can try to practice relaxation and meditation to help boost your Anandamide levels. It will increase oxytocin, which stimulates the production of AEA.

What Are the Side Effects of Anandamide?

The body tolerates Anandamide very well on its own. Hence, it is rare to experience any side effects when you take it. However, there’s a chance you might experience some temporary side effects such as vomiting, dizziness, and even weight loss.

Anandamide, as seen above, plays quite an interesting role in our bodies. It helps regulate bodily functions, give you relief, and prevent you from some conditions. It is, therefore, not a surprise why it has become recently.

However, there is still more research to be done on it. If you want to start taking Anandamide, you better talk to your doctor first, especially if you are on other medications. They will guide you through the process and ensure that you are safe.

It’s much better if you start with small doses. That way, you can more closely observe how your body responds to it. With time you can increase it until you find the sweet spot where you feel you are getting the most benefits out of it.