We’ve heard so much about CBD, but what about the benefits of CBG and other lesser-known cannabinoids?

Remember, cannabinoids are naturally occurring chemicals found in cannabis plants. In fact, experts believe that there are at least 100 different cannabinoids. Of course, the two best-known are cannabidiol (CBD) and Delta 9 tetrahydrocannabinol (THC). THC is primarily responsible for marijuana’s psychoactive effect, though it does offer medicinal properties. Many other cannabinoids, including CBD, aren’t psychoactive, but do offer potential benefits to your health.

Today, researchers regularly identify new cannabinoids, then study their benefits for your mind and body. Some lesser-known cannabinoids include cannabigerol (CBG), Delta 8 THC, cannabicitran (CBT), cannabidivarin (CBDV), and cannabicyclol (CBL). Each interacts with your body in different ways. And, these effects are increased when you consume cannabinoids together, thanks to “the entourage effect”.

What Exactly Is Cannabigerol? 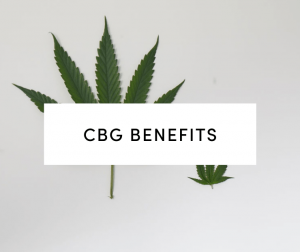 CBG has a special place among the other cannabinoids. Actually, it’s also called “the mother of all cannabinoids”. Why? It earned this title because its acidic form (CBGA) is a primary precursor for many other cannabinoid acids. Those acids eventually become standard cannabinoids. In fact, THC and CBD come from tetrahydrocannabinol acid (THCA) and cannabidiolic acid (CBDA), respectively. And CBGA is a precursor to both of these acidic compounds.

Cannabis plants typically have a much higher concentration of acidic precursors than cannabinoids. Then, during the plant’s life, enzymes break down most of the CBGA to produce THCA, CBDA, and cannabichromenic acid (CBCA).

Only the small remaining percentage of CBGA eventually converts to CBG. (Through heating and decarboxylation.) For that reason, we typically harvest CBG from younger cannabis plants. But you can also find high CBG strains of cannabis.

What Are The Benefits Of CBG?

CBG functions similarly to other cannabinoids. It imitates your natural endocannabinoids, binding with both CB1 and CB2 cannabinoid receptors. CB1 receptors are located throughout the brain and the nervous system. And CB2  receptors are spread through other parts of the body, including the immune system.

Once CBG binds with these receptors it can influence many bodily different functions. Here’s what we know so far.

Many people link the cannabis plant to cancer prevention and symptom management. In the past, most studies focused on THC or CBD, showing how they could benefit cancer patients. However, two recent studies, published in 2014 and 2021 highlight CBG’s potential benefits.

For the 2014 study, researchers followed rats with colon cancer. The study showed CBG blocking certain receptors in the body that were responsible for stimulating cancer cell growth. TAs a result, researchers determined that CBG could help treat cancer patients with minimal risk.

As a follow-up to that discovery, the 2021 study focused on a type of aggressive brain cancer called glioblastoma. For this review, researcher collected tumor tissues from human patients, and tested their response to CBG in a laboratory setting. What did they find? Exposure to CBG impaired glioblastoma cell growth. At the same time, it  destroyed glioblastoma cells, even ones that resisted other types of therapy. For that reason, they believe CBG could provide support to patients who prefer not to use THC.

Now, both studies highlight CBG’s cancer-fighting power. So, as time progresses and more studies emerge, we’re likely to learn more about CBG, and its ability to reduce many other types of aggressive cancer cell growth. 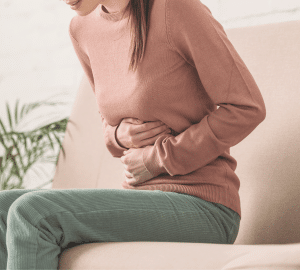 Countless patients suffer from a disease called inflammatory bowel disease (IBD). IBD causes chronic inflammation within the digestive tract. It can lead to symptoms like pain, fatigue, and diarrhea. There is no cure for IBD but researchers believe that cannabinoids can be used to treat the major symptoms.

A 2013 study published revealed that CBG decreased inflammation and the production of nitric oxide in mice with symptoms similar to IBD. They further stated that CBG should be considered as an experimental treatment for patients suffering from IBD. Many people who take CBG do so specifically for this reason and have experienced improvements.

There is any number of reasons why a person may experience chronic pain. It is most often a lasting symptom of a serious injury or an ongoing medical condition. There are many different medications designed to alleviate pain, but all of them come with some risks and side effects. CBG is believed to be one of the few natural compounds that can effectively fight pain in multiple ways.

In 2021, another study detailed how certain CBG derivatives could fight pain. How did that work? Because it has both anti-inflammatory and analgesic properties.

Analgesic properties refer to the compound’s ability to relieve pain without turning off the nerves or affecting consciousness. Most well-known pain medications, including aspirin and acetaminophen, are considered analgesic. However, they come with various potential side effects and not all patients can tolerate them.

CBG may be a safer and more reliable source of analgesic pain relief than many of the medications that we have today. As an added bonus, the same study also indicated that CBG could be used to fight obesity. One of the CBG derivatives used boosted metabolism in the test subject. The researchers believe that it may be useful when treating certain metabolic disorders that involve the liver.

Benefits of CBG and Other Lesser-Known Cannabinoids

CBT is considered a byproduct that comes from the processing of CBD oil. There is generally less than 3 percent CBT found in CBD oil. There are no major studies regarding CBT, but a 2007 study  revealed that CBT may lessen THC’s psychoactive properties.

Cannabigerovarin (CBGV) is a lesser-known cannabinoid that we derive from CBG. CBGV may help manage dry skin and acne, according to a 2016 study CBGV also increases CBG’s effectiveness, while reducing THC’s psychoactive effect.

Should You Use CBG Or Other Lesser-Known Cannabinoids?

If you suffer from IBD, cancer, high blood sugar, or chronic pain, then you may enjoy the benefits of CBG and other lesser-known cannabinoids. If you are unsure, then you should discuss its usage with your doctor. Many experts consider it a safe, natural treatment option for these very serious conditions.