Home / Blog / Endocannabinoids / 2-ArachidonoylGlycerol – What Is It? 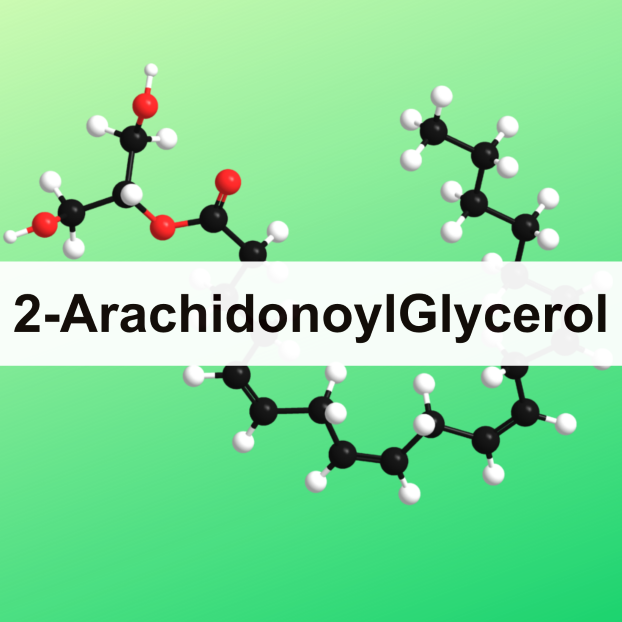 2-ArachidonoylGlycerol or 2-AG is a signaling lipid that affects CB receptors in the peripheral and central nervous system and is the primary regulator when it comes to the release of neurotransmitters. 2-AG specifically acts as a full agonist of both CB1 and CB2 receptors and is the primary binding molecule for the CB2 receptor. This endogenous cannabinoid is involved in a broad range of physiological functions like cognition, emotion, pain sensation, energy balance, and neuroinflammation.

Like anandamide, researchers stumbled upon 2-AG in the course of cannabis research. Today, 2-ArachidonoylGlycerol has grown to become among the most extensively researched monoacylglycerols. It acts as an essential intermediate and signal in lipid metabolism. It was first secluded from the canine gut and labeled as an endogenous ligand for the CB receptors in 1995. The CB1 receptor is located throughout the human body but is most present in the central nervous system. There, it is the most dominant G protein-coupled receptor.

Although the CB2 receptor also appears in the CNS sparsely. However, its prevalent localization in immune cells is synonymous with its functionality in mostly modulating immune responses.

The discovery of AEA and 2-AG established the presence of a neuromodulatory system facilitated by the endocannabinoid system.

2-Arachidonoylglycerol – What Is Its Function 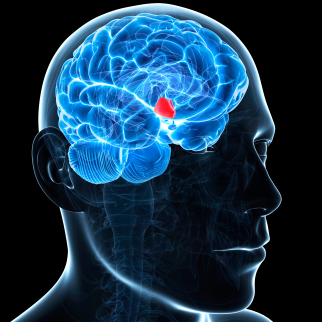 A number of studies point out that the body produces 2-AG on-demand. It primarily functions as a regressive messenger that inhibits the release of neurotransmitters at both excitatory and inhibitory synapses. Hence, it mediates different forms of short and long-term plasticity.2-AG activation of the CB1 and CB2 receptors links with various physiological processes, among them:

2-AG belongs to a group of molecules derived from arachidonic acid or two 20-carbon (EFAs) essential fatty acids referred to as DGLA and EPA. These molecules referred to as eicosanoids, are oxidized forms of these 20-carbon EFAs and have an intricate and crucial role in different bodily functions, including inflammation and immunity. 2-AG can is actually a glycerol fatty acid ester due to how it changes the glycerol hydroxyl group into a carboxyl group. The molecular formula for 2-ArachidonoylGlycerol is C23H3804 and has a molar mass of 378.3g/mol. As a result of its long hydrocarbon tail, lipid metabolism enzymes can break it down.

2-AG comes to be in the same way as anandamide does – via the reaction of an endogenous molecule and arachidonic acid. One can subdivide 2-AG’s biosynthesis into two primary pathways: a pathway utilizing arachidonate-containing triglycerides and signaling pathways beginning from phosphatidylinositol-4,5-bisphosphate(PIP2). But unlike anandamide, 2-AG needs glycerol instead of a free amine to produce the chemical changes needed. Instead of synthesizing from the degradation of arachidonic acid, 2-AG comes to be when the arachidonic acid possessing phospholipid diacylglycerol forms a reaction with glycerol. The enzyme facilitating this process goes by the name of DAG lipase.

2-AG is metabolized by several enzymes, all of which result in 2-AG levels and signaling decrement. The main pathway used in the metabolism of 2-AG is the hydrolysis of the formed ester bond into glycerol and arachidonic acid. The degradation of 2-AG is done by a hydrolase MAGL fatty acid amide, which is also accountable for AEA degradation. There is proof that MAGL is liable for up to eighty-five percent of 2-AG hydrolysis in the brain of a mouse. Whereas α,β-hydrolase with ABHD6 and ABHD12 account for 4% and 9%, respectively. What’s more, research shows that cytochrome P450, lipoxygenase, and cyclooxygenase use 2-AG as a substrate.

Physiological Impacts Of 2-AG Within The Brain 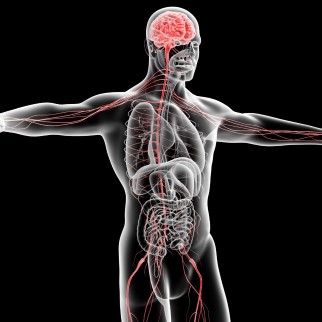 2-ArachidonoylGlycerol is the most predominant endocannabinoid in the human body and, as such, plays crucial physiological roles. The last decade of research has enabled scientists to gain more insight into various physiological roles of 2-ArachidonoylGlycerol. This section aims to discuss the distinct pharmacological tools that can manipulate 2-AG levels, along with genetic manipulations of its receptors and metabolic enzymes that have ungrounded the biological functions of 2-AG and its corresponding metabolites in the brain functionality.

The interrelation between the ECS and energy balance has been well-established. CB1 receptor knockout mice show a slim phenotype, minimized adiposity, and feeding efficacy. When providing a high-fat diet to them, they show reduced levels of leptin, cholesterol, plasma insulin, and triglyceride while having high adiponectin levels compared to their wild littermates. Research has indicated that to a large extent, 2-AG is accountable for CB1 mediated regulation of energy metabolism and food intake.

Fasting showed to increase in 2-AG levels in the hypothalamus and limbic forebrain. Also, 2-AG bilateral injection in the nucleus accumbens triggered improved feeding, and pretreatment using rimonabant could minimize the effect elicited by the infusion of 2-AG.

2-AG plays an integral role in regulating various neuroinflammatory processes in the brain. Recent studies have proved that 2-AG hydrolysis by MAGL offers the main pool of arachidonic acid to create neuro-inflammatory eicosanoids in specific tissues like the lungs, liver, and brain. Consistent genetic disruption or chemical inhibition of MAGL activity decreased lipopolysaccharide-triggered pro-inflammatory eicosanoid generation in the brain like PGF2, PGD2, PGE2, and thromboxane B2, through both CB receptor-independent mechanism. What’s more, 2-AG has shown to be neuroprotective.

Endocannabinoid signaling through the CB1 receptor has a significant role in moderating depressive and anxiety behaviors. CB1 receptor agonists’ effects on anxiety levels are complex and indicate biphasic effects. That is to say, a reduced agonist dosage resulting in anxiolytic effects, and high doses resulting in anxiogenic outcomes. Genetic deletion and pharmacological blockade of the CB1 receptor has proven to increase anxiety levels. Both 2-AG and AEA play an integral role in anxiety and stress.

Research has indicated a bidirectional impact of stress on endocannabinoid levels, AEA levels minimizing, and 2-AG levels rising compared to controls. Fascinatingly, numerous studies support the theory that glucocorticoids control the release of glutamate and GABA through enhanced endocannabinoid signaling. Glucocorticoid hormones released because of stress uses 2-AG and encourage termination of the HPA (hypothalamic-pituitary-adrenocortical) axis activity. In relation to this, 2-AG levels are significantly increased by corticosterone treatment and stress.

There are implications that the ECS does indeed play a role in several aspects of addiction. CB1 receptor agonists have proven to minimize withdrawal signs, whereas inverse antagonists and agonists reduce nicotine self-administration. Multiple evidence lines have also indicated an essential role of 2-AG when it comes to withdrawal and addictive behavior. When morphine-dependent mice received injections of exogenous 2-AG. It showed to be moderately effective in minimizing the intensity of precipitated withdrawal symptoms.

Pain is a natural human reaction. People have been using cannabinoids as a pain relief treatment for several centuries now. CB1 receptors mediate the Central Nervous System’s anti-nociceptive effects and through the periphery of both CB1 and CB2 receptors.

Stimulation of CB receptors by 2-AG or AEA appears to show analgesic effects. Increased AEA levels by genetic ablation or inhibition of FAAH and administration of AEA stimulate anti-nociceptive effects. At the same time, there have been observations that elevated levels of 2-AG seem to be effective in alleviating inflammatory pain. Generally, through CB1 and CB2 signaling, 2-AG appears to modulate pain and inflammation.

2-AG & Its Relevance To Modern Medicine

There has been an increased surge of interest when it comes to the advancement of endocannabinoid-based therapeutic methods for the treatment of various neuropsychiatric conditions. As time goes by, 2-AG receives more and more attention, now ranking among the predominant and essential endocannabinoids in the body. So it’s no surprise seeing it become the main ingredient used for the treatment of a variety of conditions. Its functions in the circulatory system particularly have seen it become a target for the treatment of cardiac-related diseases. In contrast, its role when it comes to neurology has made it a prospective target for treating neurodegenerative conditions.

The endocannabinoid system’s role when it comes to treating neurodegenerative conditions has received massive traction in the scientific community. As a matter of fact, theories propose that a dysfunctional endocannabinoid system to be the root cause of various diseases. This condition has been termed as Clinical Endocannabinoid Deficiency by Ethan Russo. The role of 2-AG at the cannabinoid receptor 1 domain makes it a viable avenue for treating conditions like Multiple Sclerosis, Huntington’s Disease, and Alzheimer’s. Some researchers theorize that 2-AG does play a hand in the development of schizophrenia. There are currently studies looking into it as a potential treatment of psychiatric conditions.

Through the information provided in this article, it’s evident that 2-AG plays a crucial role in human physiology along with its cousin, anandamide. As scientists continue to focus their research on these two endocannabinoids, they prove to have a myriad of interesting effects. More research into 2-AG is sure to uncover new physiological roles that are beneficial for the body.