The Effects of CBD on Cytokine Storms

The immune system is a complex network of cells, effector proteins, and compounds that defend the body against invading agents.  Usually the immune system responds to foreign antigens, such as bacteria, fungi, and viruses, or to tissue damage caused by contusions or abrasions.  These responses are typically referred to as inflammatory since they induce or turn on the immune system.  Unfortunately, the immune system can also respond to antigens produced by the body as well, the result of which is the development of autoimmune diseases.  The prevalence of autoimmune diseases is rapidly increasing with Addison’s disease, autoimmune hepatitis, Celiac disease, Crohn’s disease, Grave’s disease, idiopathic thrombocytopenic purpura, multiple sclerosis, primary biliary cirrhosis, psoriatic disease, rheumatoid arthritis, scleroderma, Sjogren’s syndrome, systemic lupus erythematosus, type I diabetes and ulcerative colitis all being recognized as autoimmune diseases.

There are a number of cellular indicators that can be used to identify elevated immune responses.  These include increased amounts of histamine, nitric oxide (NO), reactive oxygen species (ROS), such as H2O2, and secreted cytokine proteins.  The cytokine proteins are receiving more and more attention as it has become clear that they are one of the major regulators of the immune response.  There are over 100 cytokines that are involved in regulating the immune system and they are becoming increasingly important as a key indicator of elevated immune responses.

What Is a Cytokine Storm? 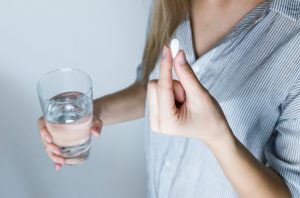 Therapeutics used to treat inflammatory conditions or autoimmune diseases include nonsteroidal anti-inflammatory drugs (NSAIDs), such as acetylsalicylic acid, ibuprofen, naproxen and celecoxib, disease-modifying antirheumatic drugs (DMARDs), such as methotrexate, hydroxychloroquine, sulfasalazine and leflunomide, corticosteroid or steroid drugs, such as cortisone, dexamethasone, hydrocortisone and prednisone, and TNF cytokine inhibitors, which include the xanthine derivatives pentoxiylline and bupropion, and monoclonal antibodies, such as adalimumab, etanercept and infliximab.  Typically people try NSAIDs first to alleviate inflammatory conditions or autoimmune diseases before progressing to DMARDs, then corticosteroid drugs and ultimately TNF inhibitors.  While both corticosteroid and TNF inhibitors are problematic and cause significant side effects in patients, the corticosteroid drugs have generally proven to be much safer and pose less risk than the TNF inhibitor drugs, which should only be used as a last resort when no other treatment provides relief for people suffering from inflammatory conditions.

What are the Effects of CBD on Cytokine Storms? 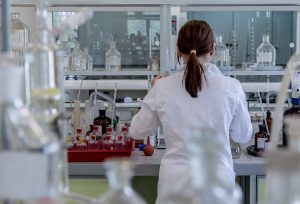 GreenWay Herbal Products (parent company of Tanasi) recently filed a patent application, “Cannabinoid compositions and methods of using,” on its research which shows that a number of non-psychotropic cannabinoids isolated from industrial hemp plants have potential as anti-inflammatory agents.  Of particular note was that a 1:1 mixture of CBD and its precursor cannabinoid cannabidiolic acid (CBDA) was more effective at suppressing a cytokine storm than the well-known corticosteroid dexamethasone and thus could hold great promise as an anti-inflammatory agent.  Given that CBD has proven to be well tolerated in people with very little toxicological issues, the use of CBD as an anti-inflammatory agent could be a safer alternative than the use of corticosteroids.

The many companies, like Tanasi, that are in the business of processing and manufacturing hemp extract products continue to explore and study the molecules that make up the products offered. We always ask our customers for reviews of Tanasi products used that continue to be helpful for others who may have similar situations and reasons for using CBD products.

We continue to believe that our Tanasi hemp extract CBDA/CBD products to be superior to CBD alone and having input from our customers is helpful as we focus on bringing the best of what we develop to market.

There are no products in the cart!
Subtotal
$0.00
Checkout