Home / Blog / Educational / Does the Military Test for CBD?

Does the Military Test for CBD? 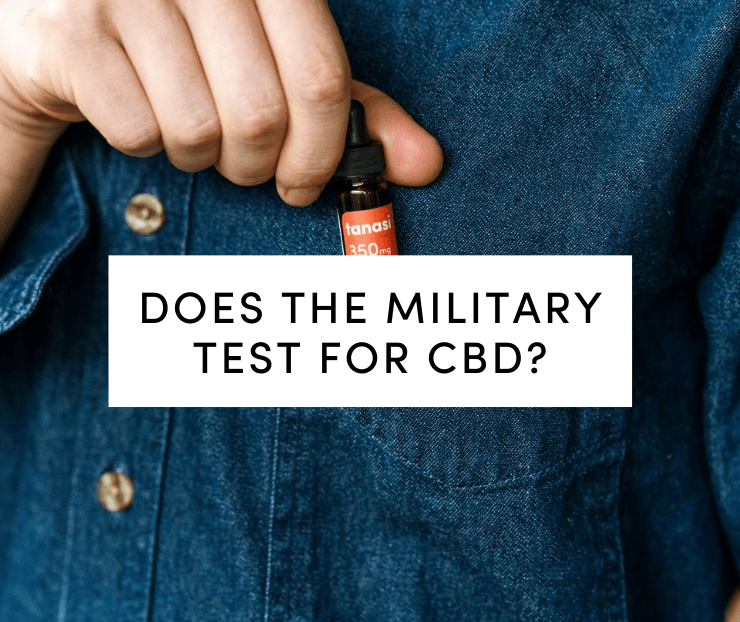 The cannabis plant is loaded with phytochemicals that may have a positive impact on human health. More than 100 of those are known as cannabinoids. THC is an example of a cannabinoid and it’s famous for the psychoactive properties it lends to marijuana. THC is still considered illegal in most of the country and is tested regularly by employers, government agencies, and the military. But what about cannabidiol, better known as CBD? CBD is another cannabinoid found in the cannabis plant that boasts numerous potential benefits. While CBD is known for its non-psychoactive components, some CBD products still contain trace amounts of THC. Whether you are considering joining the military or are an active member, this may have you wondering: “Does the military test for CBD?”

As mentioned, CBD is another example of a well-known cannabinoid in the cannabis plant. Unlike THC, it does not possess any psychoactive properties. It is also legal in most countries and is not tested for during drug tests. The long list of potential benefits and continued legal status of CBD has helped it become a popular product on the market.

CBD and THC, along with the other cannabinoids, interact with the human body through the endocannabinoid system. Recent studies indicate that the CB1 and CB2 receptors are responsible for interacting with CBD. These unique interactions lead to the many different potential health benefits associated with CBD-based products, such as pain management, reduced stress, and lower symptoms of anxiety. 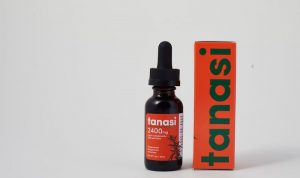 There are a lot of products on the market that may contain smaller amounts of CBD or even more amounts of THC (the legal amount of THC in CBD products is 0.3%) than what is labeled. It’s important to purchase from a reputable company and we encourage you to look for a high-quality CBD company, like Tanasi, that tests their products through a third-party lab and provides a certificate of analysis.

Furthermore, if you’re looking to experience the full effects of CBD you may want to consider full-spectrum products. Full-spectrum CBD products include all of the added terpenes, cannabinoids, and other phytochemicals available in the hemp plant which provide what’s known as the “entourage effect”. But, if you’re looking to avoid THC at all costs, consider a broad-spectrum or CBD isolate product.

But Is CBD Legal?

There is a lot of confusion and misinformation surrounding the legality of CBD. It becomes even more confusing when you discuss its allowance in the workplace and while working in certain careers. For example, CBD oil might be legal in your state, but it may be different if you are employed by a government agency that does not allow it.

The good news is that CBD oil is legal on a federal level as long as it comes from a hemp plant with less than 0.3 percent THC. This follows the 2018 Farm Bill, which made legal the growth and sale of hemp plants and hemp-based extracts. The only obstacle being the tight regulation of the amount of THC allowed in the plant.

Some states have introduced laws that more closely regulate CBD production and consumption. Idaho, for example, controls which part of the hemp plant can be used for making the extracts. South Dakota has taken a very strong stance against CBD. They are both considered illegal in the state and it looks as though it may stay that way for a while.

Some states have progressed even further and allow for the sale of CBD products derived from marijuana. CBD oil extracted from marijuana would not contain less than 0.3 percent THC. Marijuana-derived CBD oil would most likely produce a psychoactive effect or a “high” feeling.

Is CBD Allowed in the Military?

If you are in the military or considering joining, then it’s a good idea to familiarize yourself with their rules and guidelines on the subject.

CBD may be legal, but there are some indirect risks that come from using CBD oil. The biggest one being that you might test positive for THC on a drug test. Because of this, the United States military believes that CBD-based products should be avoided at all costs.

The military also believes other risks may be present because CBD products are not closely regulated by the FDA. This is true in some regards, but the risks can be mitigated by only purchasing CBD from reputable suppliers. At Tanasi, there are strict standards regarding the growth and the extraction process. Testing is performed at every stage along the way.

For the past year, the military relied on technical wording of the law to ban the substance among its service members. They claimed that CBD was not allowed because the Controlled Substance Act prohibited the use of resin collected from any part of the cannabis plant. This, of course, stood in contrast to the new guidelines released in 2018 as part of the Farm Bill.

A Move for Change

In July of 2020, the House of Representatives passed an amendment that would allow service members to purchase, possess, and consume hemp-derived products. It seems that this amendment may continue to succeed through its stages of development and may eventually allow some relief for service members who want to benefit from CBD oil.

Until then, the Department of Defense maintains its standing that CBD products are off-limit for service members. And even when the bill does pass, it will take some time for reforms to be implemented.

Some members of Congress are suggesting we invest more in the research of CBD so that military departments can better understand potential risks and benefits. Any additional research will likely improve the appreciation of CBD and help to eliminate any negative stigma. 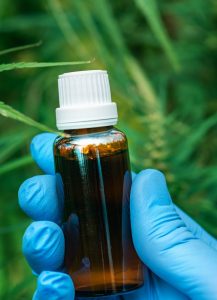 Does the Military Drug Test for CBD?

The military does not utilize any specialized testing procedures designed specifically for CBD. However, they do test regularly for THC. If you are using a low-quality CBD product or purchased a CBD oil from a sub-par provider, then it may contain enough THC to trigger a positive on the drug test.

Marijuana drug tests used by the military are designed to detect either THC or THC-COOH, which is a metabolite of THC. A negative on one of these tests does not necessarily mean that there is 0 percent in the body. The tests were designed with higher cut-off percentages to prevent positive tests from only trace amounts of THC.

The exact cut-off percentage is going to vary according to the type of drug testing used. In a urine test, the THC metabolite must exist in a concentration above 50 ng/mL. Blood testing can vary from 1 to 5 ng/mL. Hair-based drug tests in the private industry have a cut-off percentage of 1pc/mg.

Is It Possible to Fail a Drug Test With CBD?

There are ways that you might fail a drug test even if you’ve only been taking legal CBD products. The most obvious yet overlooked way is by secondhand exposure to THC.

Luckily, secondhand exposure is easy to avoid. It’s also not likely to be a serious problem because such small amounts of THC should leave the body fairly quickly. But it’s best to avoid this situation altogether if you are a service member or plan to be.

Another very common cause is cross-contamination. This takes place during the extraction or manufacturing of the product. It’s a risk you face if you purchase your hemp-derived products from a company that also sells marijuana-derived products. A similar risk might also be possible if you purchase your CBD oil in a store that also sells marijuana or oils containing THC.

You can avoid this potential setback by using a supplier who only sells hemp-derived products. A tightly-controlled inventory combined with strict handling procedures will eliminate this risk altogether.

One study suggests that CBD has the potential to be converted to THC in highly-acidic conditions. The study has shown that it could take place in-vitro with simulated gastric fluid. There is some speculation that this might occur in the human body. However, these in-vitro conditions do not accurately depict the average human stomach, and the chances of CBD becoming THC after consumption are practically nonexistent.

One final cause is mislabeling. It sounds like a simple problem but it affects a large percentage of unregulated health products. Companies can easily list their products as “THC free” without enforcing any real testing. This problem is as serious with CBD as it is with any unregulated supplement or product. It’s possible for a company to sell CBD that has more THC than is allowed, which could trigger a positive on a military drug test. Which further enforces the importance of purchasing CBD from a high-quality and reputable manufacturer. If you’re looking to purchase CBD without any other cannabinoids, be sure to look for a CBD isolate from a source you can trust, as this is the purest form of CBD.

If you are an active service member or looking to join, it’s important to know the regulations around CBD in the military. Although the military does not test for CBD specifically, they do test for THC regularly. While CBD is still not allowed in the military, the passing of a recent amendment shows that there may be promise in the future.

Does the Military Test for CBD? 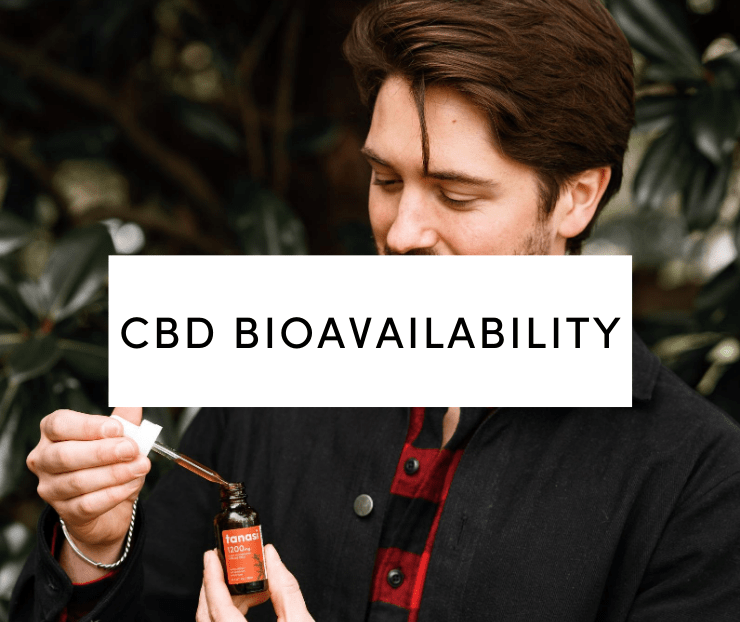 All You Need to Know About CBD Bioavailability 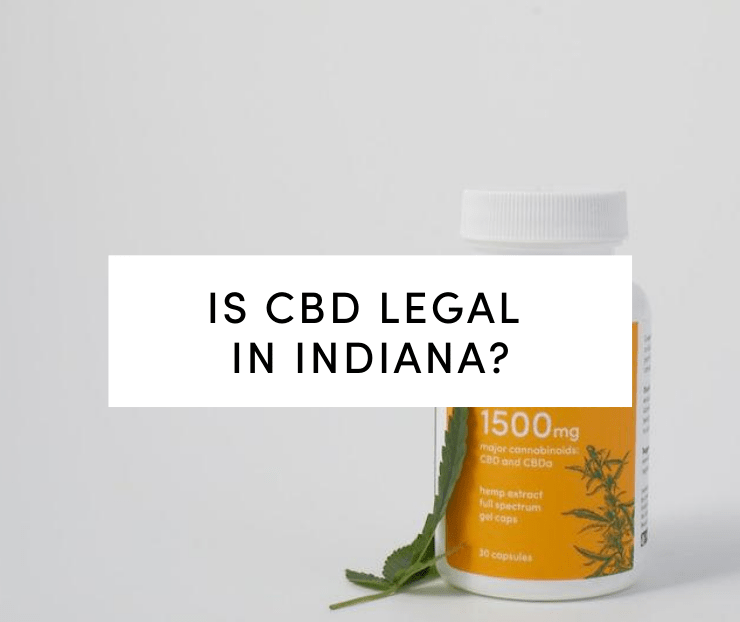 Is CBD Legal in Indiana? Everything You Need to Know 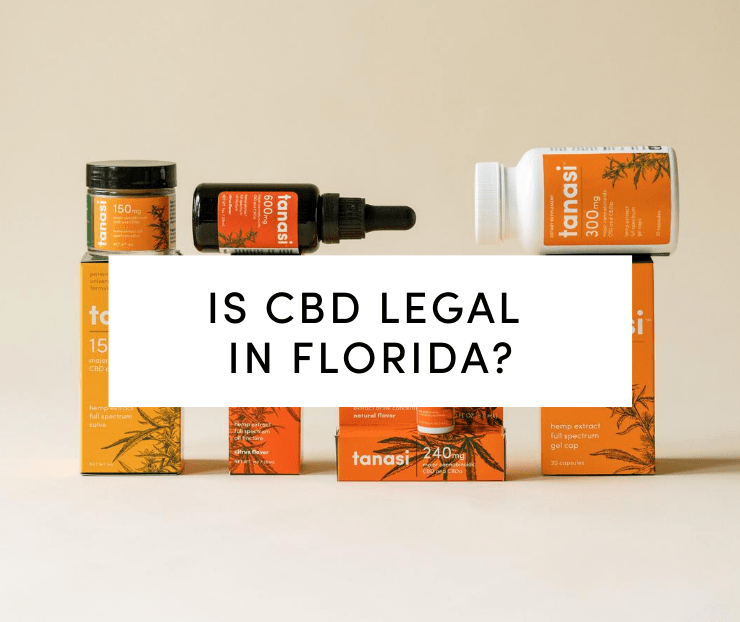 Is CBD Legal in Florida?