Home / Blog / Cannabinoid Receptors / Where Does CBD Bind? More Places Than You Might Think. 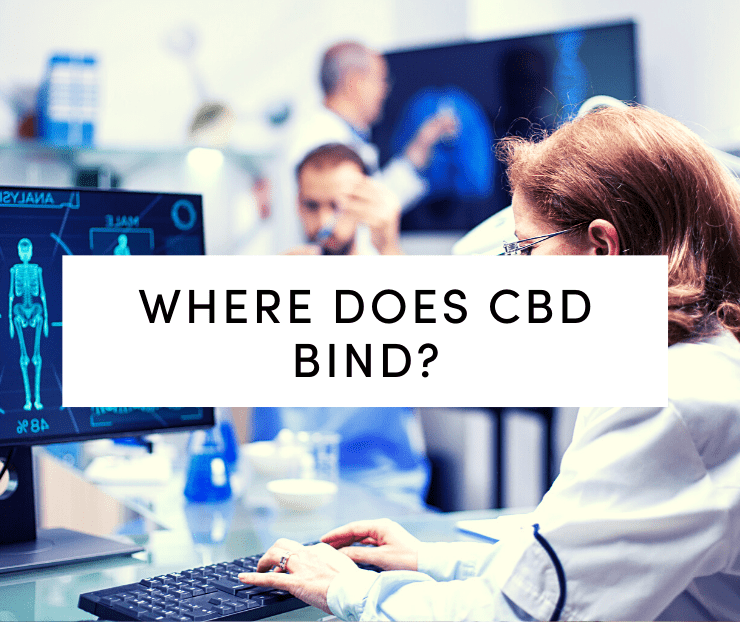 Given the growing popularity of cannabis and CBD products, widespread familiarity with the benefits of cannabis is at an all-time high. However, while most people have heard about CBD’s potential benefits, many still may not know how it interacts with the body. This article is for the people who take comfort in knowing how and why things work. We need to understand the pathway that the compounds follow. To this end, the question that we will focus on today is: where does CBD bind? Understanding the most popular cannabinoid and how it works inside us will help eventually unlock the rest of cannabis’ mysteries.

“Endocannabinoid” comes from “endogenous” and “cannabinoid.” So to put it simply, our bodies already naturally create the same compounds that cannabis creates. Where does CBD bind? Spoiler alert, the short answer is the endocannabinoid system. But the full truth is more detailed.

The ECS comprises of:

– Receptors present in the nervous system and throughout your body. Cannabinoids and endocannabinoids like CBD bind to these to bring about various effects.

– Enzymes that help synthesize and break down endocannabinoids and cannabinoids. 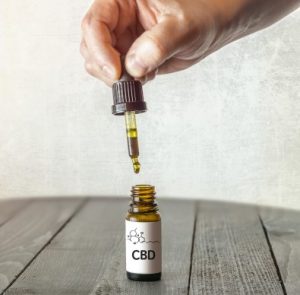 The Core Components Of The ECS

The body’s endocannabinoid system consists of three main elements. Each element plays a vital role in ensuring the system functions correctly. Here’s a window into what makes your ECS tick:

This endocannabinoid, whose prefix “ananda” means “bliss,” was discovered in the 1990s. It is present and operates all over the endocannabinoid system. It is involved in numerous functions like pregnancy, memory, and appetite, among many others.

During or after intense exercise, many people report feeling high. Anandamide is responsible for this phenomenon known as “runner’s high”.

From recent research, scientists have deduced that 2-AG is just as valuable as anandamide. It is involved in maintaining our cardiovascular health, emotional state, and protection from seizures. 2-AG is responsible for the satisfactory feeling you experience after getting an orgasm.

Cannabinoid receptors receive signals from endocannabinoids. Receptors wait for certain neurotransmitters to bind to as they sit on the surfaces of cells. They are present throughout our bodies and affect responses like sensation, mood, immunity, and even consciousness. Different receptors are sensitive to different endocannabinoids and occur in various types of cells. CB1 and CB2 are the endocannabinoid system’s two primary receptors.

In the entire nervous system, they are among the most common receptors. They are essential for the brain’s healthy functioning. CB1 receptors moderate perception of pain, mood, motor function, or memory depending on their location in the brain. When THC molecules bind to CB1 receptors, they bring out the psychotropic properties of marijuana. Although they occur all over the body, there are high densities in the central nervous system. Their roles in other parts of the body are digestion, cardiovascular health, hormones production, and pregnancy. While CBD does not bind directly to CB1, they do influence each other in indirect ways.

These exist in our immune system’s cells and help moderate inflammation and the system’s response to pathogens. CB2 receptors target conditions of overactive immune systems. Some of these conditions are inflammatory bowel disease, asthma, arthritis, allergies, or autoimmune disorders. Here’s another spoiler— Where does CBD bind? It binds directly to CB2 receptors.

Endocannabinoids are synthesized from fats and oils. Different enzymes in your body work together to convert lipids into Anandamide and 2-AG. FAAH (fatty acid amide hydrolase) synthesizes and degrades Anandamide. 2-AG, on the other hand, is synthesized and broken down by an enzyme known as monoacylglycerol lipase (MAGL)

Where Does CBD Bind Besides CB2?

Although the research on the matter isn’t yet conclusive, medical experts believe that CBD inhibits the enzyme responsible for the synthesis and degradation of endocannabinoids. CBD also offers other therapeutic actions. Where does the CBD bind to deliver its unique effects? Below are a few ways that CBD interacts with different receptors (other than the CB1 and CB2 receptors):

Like most antipsychotic pharmaceutical drugs, CBD targets the D2 receptor. This explains how CBD helps to manage schizophrenia.

Glycine receptors are the most common and ubiquitous inhibitory receptors in the central nervous system. They play a huge role in pain proprioception via the brainstem or spinal cord. CBD likely minimizes chronic pain and inflammation by potentiating glycine receptors.

By inhibiting the ENT1 (equilibrate nucleoside transporter 1), CBD moderately prevents the reuptake of adenosines like caffeine. This is a possible justification for CBD’s reported benefits for autoimmune conditions and inflammation.

GPR55 receptors are abundantly present in the brain (particularly the cerebellum) and help moderate bone density and blood pressure. Additionally, GPR55 receptors encourage the multiplication of cancer cells when they are turned on. CBD helps to deactivate them. These findings highlight the possibility of CBD playing a role in helping patients with osteoporosis and high blood pressure. 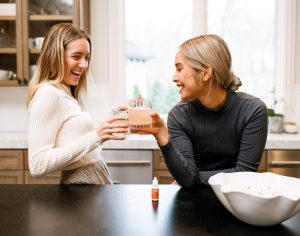 Researchers and scientists from Brazil’s University of San Paulo and London’s King’s College spearheaded by Jose Alexandre Crippa, have conducted groundbreaking research about the neural correlates of anxiety and CBD. Where does CBD bind to confer its anti-anxiety effects? When it binds to 5-HT1A receptors at high concentrations, it directly activates the hydroxytryptamine (5-HT1A) serotonin receptor.

Hydroxytryptamine belongs to the 5-HT family of receptors. The neurotransmitter known as serotonin is responsible for activating 5-HT1A receptors. You can find 5-HT receptors in the peripheral and central nervous systems. They set off various chemical signals from within the cells to produce either inhibitory or excitatory responses. Neurological and biological processes that this G-coupled protein affects include addiction, appetite, anxiety, sleep, pain perception, vomiting, and nausea.

Since scientists have yet to determine GPR55’s family tree, the G-coupled protein receptor has been dubbed an “orphan receptor.” GPR55 is prevalent in the cerebellum part of the brain. It is involved in physiological processes like controlling bone density, blood pressure, and others. GPR55 facilitates bone reabsorption by promoting osteoclast cell function.

A 2010 study conducted by researchers from the Chinese Academy of Sciences in Shanghai discovered that when GPR55 is activated, it promotes cancer cell proliferation.

CBD antagonizes GPR55, according to Ruth Ross, a research scientist at the University of Aberdeen. Ross disclosed this in Lund, Sweden, in 2010 at the International Cannabinoid Research Society conference. It may act to minimize both cancer cell proliferation and bone reabsorption by blocking signals from the GPR55.

The technical abbreviation TRPV stands for “transient receptor potential cation channel subfamily V.” TRPV1 is one of the numerous subfamilies or variants of TRP receptors that moderate the effects of several medicinal herbs.

Scientists refer to the TRPV1 receptor as the “vanilloid receptor” after the vanilla bean. Vanilla contains the essential oil eugenol, which, apart from its antiseptic and palliative properties, also helps to unblock clogged blood vessels. CBD binds to TRPV1, which can influence pain perception.

People with diabetes stand to benefit from a treatment regimen that is CBD-rich because PPAR receptors help modulate genes that are associated with lipid uptake, energy homeostasis, insulin sensitivity, among other metabolic processes.

Where Does CBD Bind? Now You Know!

You might be surprised to find out that your body is largely dependent on the endocannabinoid system. This makes it even more important to understand how CBD interacts with the ECS, where it binds, and the effects. Though so much about CBD’s interactions with the ECS remains a mystery because of limited studies, you can expect a fascinating future for CBD. Tanasi is proudly playing a role in furthering the research and development of high quality cannabis extracts. Our full-spectrum hemp extracts are backed by 2.5 million dollars of scientific research, and we hope you will give us a try!