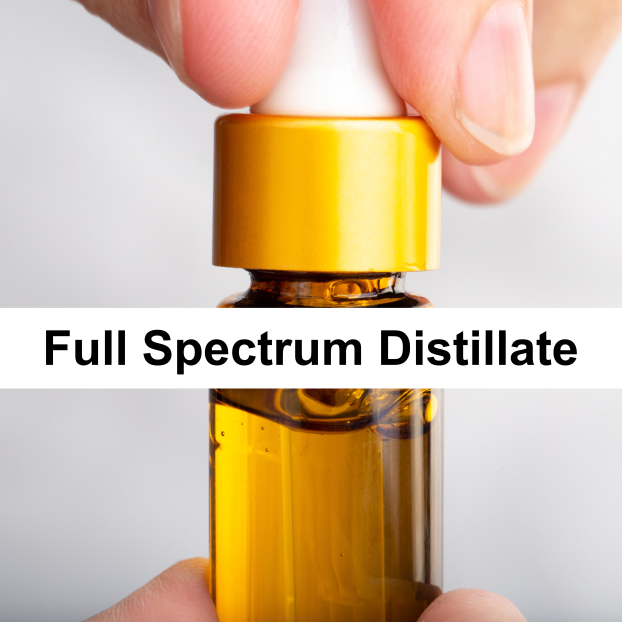 The thing that sets CBD distillates apart from other types of CBD extracts is purity. Distillates of CBD are some of the most refined forms of cannabidiol. As a result, they typically have high concentration levels and usually come in the form of a thick liquid that is as dense as honey. It’s worth noting that there are two CBD distillates available today – broad-spectrum CBD distillate and CBD full spectrum distillate. In this article, we will be focusing on the latter so you can better understand what it is all about.

CBD Distillate: What Is It?

As mentioned earlier, CBD distillate ranks amongst the purest/most refined form of cannabidiol. Due to how one extracts CBD distillates, distillates like full-spectrum and broad-spectrum tend to be highly concentrated and dense. As a result, users only need a little dose to get the physiological effects they desire. While each CBD distillate product is different, most hemp distillates typically contain about 80% to 90% pure CBD, the other 10% to 20% are other compounds found in the hemp plant.

As highly-refined forms of cannabidiol, all types of CBD distillate have no impurities, which means they are the safest form of CBD to consume. Apart from that, they are also odorless and tasteless. However, it is worth noting that CBD distillate not only contains cannabidiol but also many other types of useful terpenes and cannabinoids. Those extra ingredients will also help make the compound even more effective at improving the overall wellbeing and health.

CBD distillate manufacturers make the concentrate by extracting it from the cannabis or hemp plants. However, most people prefer hemp as it contains higher levels of CBD (cannabidiol) and much less THC (tetrahydrocannabinol) content.

Can CBD Distillates Make Me High?

Anything remotely related to CBD will never make you high because the only ingredient in the hemp/cannabis plant with intoxicating effects is tetrahydrocannabinol or THC. Consuming a CBD distillate will only help you benefit from the compound’s potential therapeutic properties.

How are CBD Distillates Extracted from the Plant? 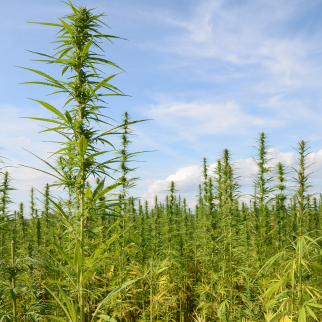 In order to produce a CBD distillate, cannabidiol can be extracted from the hemp plant using two standard options:

Ethanol (super-cooled) extraction is where you place the plant in a small chamber before bombarding it with extremely cold ethanol of approx -40℉. This process shocks the plant and causes chlorophyll matter and oils inside it to push out in a sludge.

The sludge then passes through several vaporization chambers where it gets rid of the super cold ethanol through evaporation, leaving an unrefined, high-yielding, and clean hemp plant extract. The end product is a slurry consisting of cannabinoids, terpenes, resins, and cannabinoid oils. To refine it even further, the sludge is passed through a unique short distillation path to produce a honey/amber-colored distillate that’s ready to use.

Supercritical CO2 (carbon dioxide) extraction involves releasing highly-pressurized carbon dioxide into a chamber filled with the hemp plant’s ground-up materials. As the gas’ pressure inside the chamber increases, it becomes what’s known as ‘supercritical.’ It is here that CO2 starts to exhibit its characteristics when it found itself in its liquefied state. This pushes the hemp plant’s resins, cannabinoid oils, chlorophyll material, and unevaporated terpenes out of the plant in the form of a slurry.

The slurry then undergoes a short path distillation to refine it into a cannabidiol distillate further. The carbon dioxide is then heated up, making it return to its normal, gaseous state, which helps remove it from the slurry.

CBD Distillation: A Look at the Compounds Separated During the Extraction Process

Distillation involves the separation of different organic compounds in a mixture based on each compound’s boiling point. Thus, it’s only fair to look at some of the compounds distilled from the cannabidiol sludge. These help make either a CBD full spectrum distillate or a broad-spectrum CBD distillate with their presence or lack thereof. They include:

These are aromatic, organic compounds found in plants and are what give each plant its scent, for example, limonene (lemons), pinene (pine trees), myrcene (hops plant). Cannabis contains carrying high terpene concentrations depending on the presentations. Apparently, higher terpene concentrations contribute to greater potential healing benefits of cannabidiol. Though research on just how much more it potentiates healing effects is still ongoing.

Lipids and plant waxes are complex hydrocarbons that give the plant a bitter taste. To ensure you get pure CBD distillate, it’s necessary to extract these compounds from the CBD slurry.

Cannabinoids are naturally-occurring compounds present in the cannabis/hemp plant and include CBG, THC, and CBD, among others. It is these compounds that react with our endocannabinoid system. Thus, they are responsible for the psychoactive effects and potential therapeutic benefits of the plant.

These are the phytonutrients responsible for the color and taste of a plant. How the manufacturer extracts them will affect the final taste of the product.

As already mentioned, there are two types of CBD distillate available today. What differentiates them is the hemp compounds they contain and their respective levels of purity. The extraction process used and the distillate type are, ultimately, what will determine those two factors.

To determine what variation of CBD is best for you, it’s crucial that you first understand what each option entails. Here’s a look at the two main types of CBD distillates. 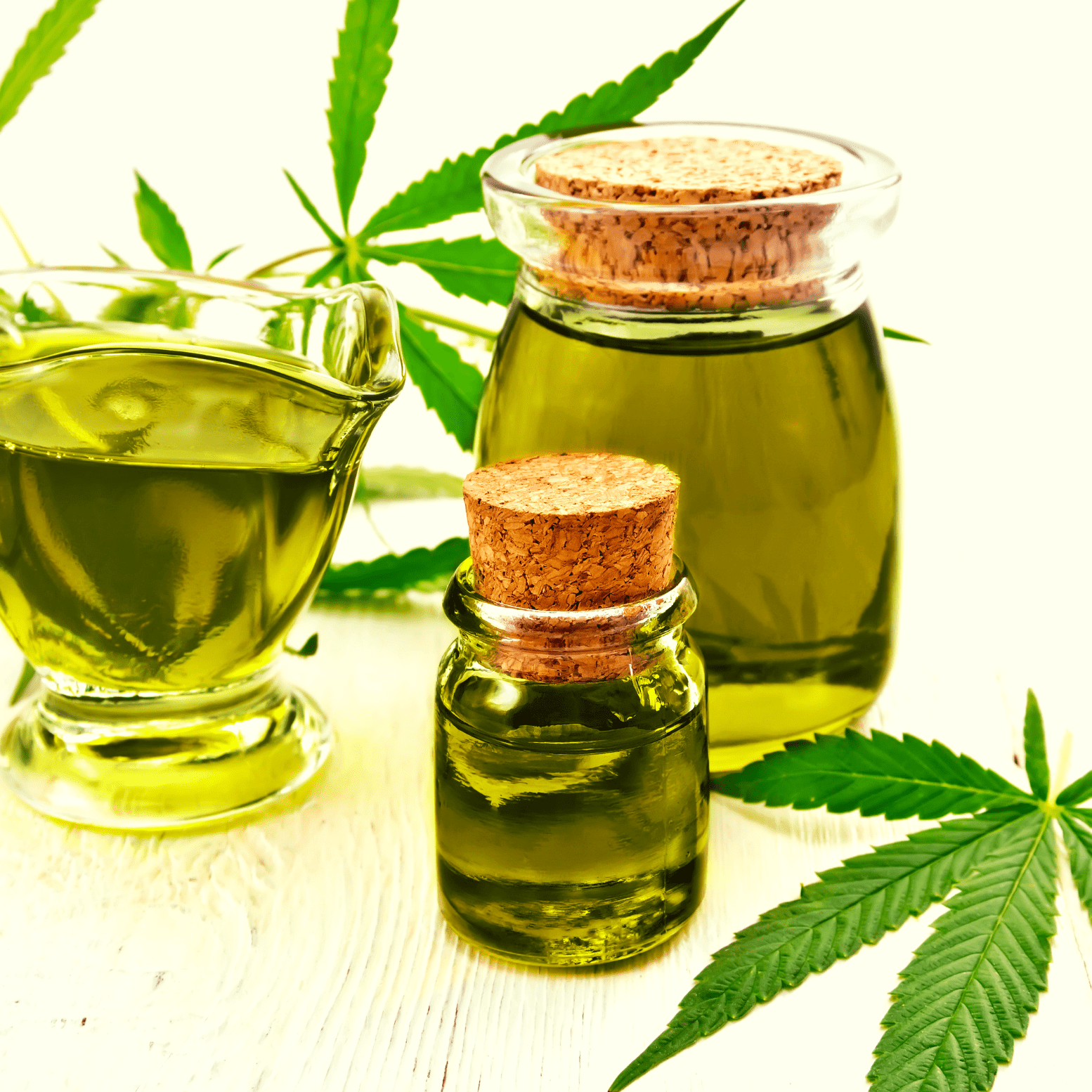 Full-spectrum CBD, also known as whole plant CBD, is one of the more popular options as it contains high CBD levels and a considerable number of terpenes and other hemp compounds. It is worth noting that full-spectrum distillates typically have more of the plant’s original content.

Most people prefer using full-spectrum distillates because of something known as the ‘entourage effect.’ The idea behind it is that cannabidiol is more effective when all of the plant’s compounds are present. I.e., each compound in the plant increases the effects of other compounds, leading to a stronger potency in the end.

Full-spectrum CBD distillate contains trace amounts of tetrahydrocannabinol, along with other compounds. However, the amount is so low that it does not affect the user. Nevertheless, it still plays a crucial role in the distillate as it’s intended to boost CBD effects.

While research on whether this ‘effect’ is real is still ongoing, evidence, so far, points to hemp terpenes and cannabinoids being more effective when working together.

Broad-spectrum CBD, unlike full-spectrum CBD distillate, is a bit more refined. Thus, meaning it doesn’t contain most of the original compounds found in the cannabis plant. The main thing to note about this distillate is that it contains no THC and therefore contains more of the other chemical properties found in the plant.

If you don’t want to use a CBD product containing THC, then broad-spectrum CBD is what you need to get. This distillate contains far lesser impurities as it passes through a more rigorous distillation process. However, due to the absence of tetrahydrocannabinol and other essential compounds, users don’t get to experience a more substantial entourage effect.

Broad-spectrum distillates are similar to full-spectrum ones. The only difference being the removal of most of the plant’s naturally-occurring tetrahydrocannabinol from the concentrate.

There are several potential benefits to choosing CBD full spectrum distillates over other options. They include:

#1: It’s Closer to What Nature Intended

The hemp/cannabis plant contains hundreds of different compounds that work in unison to produce various effects. The plant’s benefits might be more noticeable when all its compounds are present and working together. Going for full-spectrum CBD distillates is one of the best ways to enjoy the benefits and potential of whole-plant effects without having to vaporize the plant, deal with smoking, or use THC.

#2: It Provides a Richer Sensory Experience

Full-spectrum CBD distillate contains terpenes and various cannabinoids that help provide a pleasant and flavorful experience. From earthy, warm myrcene to the sharp taste of pinene, terpenes add a subtle yet incredible richness to the whole experience. While there are people who prefer tasteless cannabidiol isolates, we believe that full-spectrum CBD is the best way to enjoy the full CBD experience.

A majority of the evidence available today suggests that cannabidiol might work a lot better in the context of a full-spectrum distillate. Several types of terpenes seem to interact with CBD synergistically, and there’s evidence that several ‘minor’ hemp cannabinoids work best when used alongside CBD. If you’re using cannabidiol for health benefits, then it’s safe to say that full-spectrum distillate will work best for you.

CBD users need to understand the differences between full-spectrum CBD and CBD Isolate. The term ‘full spectrum’ here signals the critical difference between the two as it defines CBD distillate as being extracted from the hemp plant and typically retains most of the plant’s compound. On the other hand, Isolates are a single strain of cannabidiol removed from the plant and isolated from other compounds.

The main difference between the two is longevity and power. CBD’s full spectrum distillate seems to be more potent, and it’s all thanks to its team approach when it comes to remedying various maladies. CBD isolate, on the other hand, has a short life in the body and a relatively weaker impact compared to its counterpart. 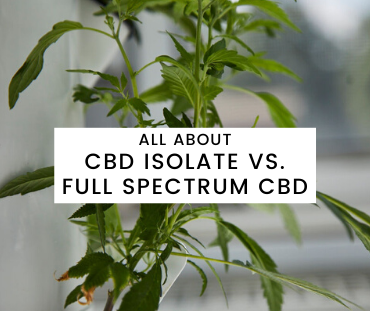 CBD Isolate vs Full Spectrum: Which Is Better

Here’s Why You Should Buy Full Spectrum CBD 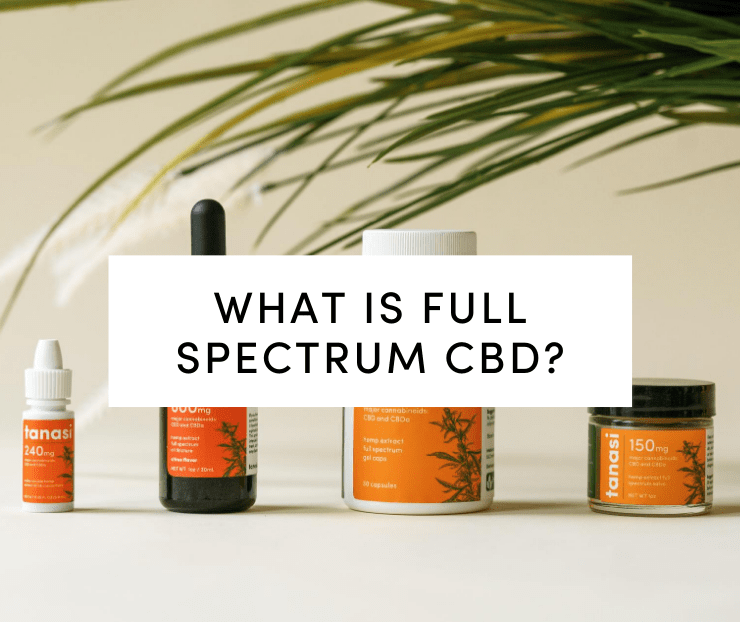 5 Reasons to Use Full-Spectrum CBD

Full Spectrum Extracts: Everything You Need To Know