CBD Effects On Dreams: Does CBD Cause Bad Dreams? 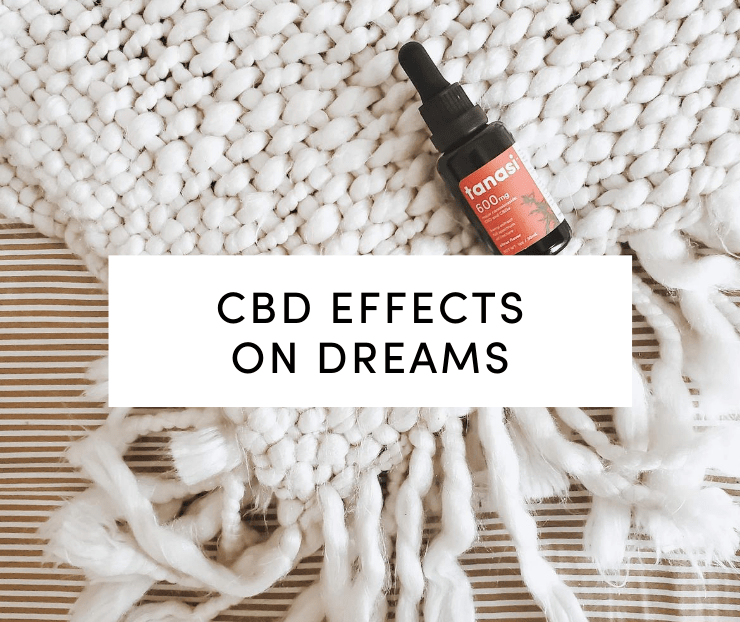 Cannabidiol (CBD) is reported to deliver many potential benefits, but we are still in the early stages of discovering how this cannabis extract really works. For instance, scientists still aren’t sure whether CBD works as a sleep aid. However, many individuals report improved sleep after using CBD.  As such, it should come as no surprise that the available scientific literature offers little information about CBD and dreaming.

Adding to the confusion, there’s mixed anecdotal evidence about the effects of CBD on dreams. Many people claim that CBD gives them more vivid dreams; others insist that it lets them have lucid dreams; while some say that it gives them nightmares. This explains why many people wonder how CBD will affect their dreams.

So, what’s our take on this? Well, we know that there is no clinical or academic evidence that suggests using CBD causes bad dreams or nightmares. With that in mind, in this post, we’ll discuss the effects of CBD on dreams based on the available studies.

Before we get into the details about CBD’s effect on dreams, it’s important to address the confusion surrounding CBD as a non-psychoactive cannabis compound. In medicine, the term “psychoactive” is very broad in its scope. It usually refers to substances that alter the normal function of your brain.

The confusion mainly lies in the fact that, since CBD doesn’t produce a “high”, we often refer to CBD as non-psychoactive. However, the right term to use here would actually be non-intoxicating.

While this has nothing to do with whether CBD will affect your dreams, it’s still an important clarification before we continue this discussion. 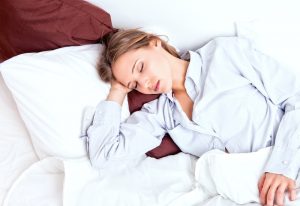 When you talk about dreaming, you need to understand what happens to our brains when we fall asleep.

Normal sleep can be broken down into REM sleep and 3 different stages of non-REM sleep. Stage 1 of non-REM sleep usually lasts a few minutes. And it occurs when you first shift from being awake to being asleep. In this stage, brain waves start slowing down, muscles start to relax, and the heart rate lowers.

In Stage 2, there’s even more dramatic muscle relaxation, along with decreased heart rate and lowered body temperature. Next is Stage 3, also known as deep sleep, which is crucial to cellular repair and recovery processes. This is the stage where the body and the brain are most relaxed. When a person enters a deep sleep, they usually don’t start dreaming. This is because their cerebral activity is mostly halted to focus on other internal processes.

REM (random eye movement) sleep is the sleep stage in which most dreaming episodes occur. Physiologically speaking, REM sleep usually occurs about one hour and a half after you fall asleep. And it usually involves some peculiar, yet normal processes.

For instance, your eyes may shift randomly behind your eyelids, from one side to another. Blood pressure and heart rate increase considerably compared to non-REM stages, and breathing becomes erratic.

What Does Scientific Literature Say About the Effects of CBD on Dreams?

As mentioned earlier, we don’t have much literature on CBD’s effect on dreaming. And the results of preliminary data are quite mixed.

One study, conducted in 2013 and published in the Journal of Pharmacology, found CBD reduced Rapid Eye Movement (REM) symptoms in patients with Parkinson’s Disease. Specifically, the amount of time for REM sleep to begin (the REM sleep latency) increased significantly in subjects taking CBD. This is significant because shorter REM sleep latency is a major sleep disorder, often associated with depression. This reduction in REM sleep behavior disorder indirectly hints that CBD produces a positive effect on dreaming.

A more recent study, published in the Frontiers of Pharmacology Journal, concluded that CBD doesn’t have a considerable effect on sleep-wake cycles in healthy young men. The authors noted that CBD’s therapeutic effects might be dependent on the presence of specific clinical conditions. In other words, how CBD affects your sleep is most likely dependent on your specific circumstances.

For instance, in the 2013 study, the participants had an underlying sleep disorder, and CBD was found to produce a positive effect on the symptoms of that disorder. Keep in mind that the 2013 study was significantly longer and used a higher CBD dosage than later studies. In the 2018 study, the participants were healthy young men who had no underlying sleep disorders, and no effect on sleep was observed. The authors noted that, according to the scientific literature surrounding CBD, it has little or no psychoactive effects, with relatively few side effects, so there was no harm in testing CBD treatments.

The mixed effect of CBD, where it produces positive benefits for some users and no effect on others, seems to line up CBD users’ anecdotes about how the supplement affected their dreams. Some claim that it had a positive effect. However, others say it gave them nightmares, and still, others say that it had no effect at all. 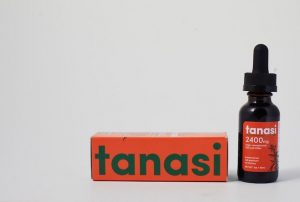 Is There Any Evidence of CBD Causing Nightmares or Bad Dreams?

In a number of studies, THC was observed to reduce the amount of time a person spends in REM sleep, essentially by increasing the duration of deep sleep. As such, cannabis may help sleep-deprivation by increasing slow-wave sleep. Nonetheless, since THC and CBD encourage more time in slow-wave sleep, the user will subsequently spend less time in REM sleep, which means less time for dreaming. So, in the case of bad dreams and nightmares, the little time spent in REM sleep can actually be seen as a benefit.

We’ll reiterate again that there’s still no evidence linking the use of CBD to nightmares, bad dreams, or erratic dreaming episodes. In fact, studies point to the contrary – CBD may help in achieving quality, healthy sleep.

For instance, in a randomized, double-blind, and placebo-controlled study designed to evaluate the effects of a 300mg dose of CBD on sleep-wake cycles, researchers found that CBD didn’t interfere with the normal sleep cycles of healthy participants. The report concluded that CBD does not alter your normal sleep patterns.

Can CBD Cause Nightmares?

Another study, published in 2012 in Neuropharmacology, suggests that CBD actually decreases physiological REM sleep in normal rats. This is important since most dreaming episodes happen during REM sleep. The study added that, aside from CBD’s potential anxiety-reducing (anxiolytic) effects, its effect on anxiety-induced sleep disturbances remained unclear.

In a more recent 2019 study developed to assess the specific effects of CBD on sleep and anxiety, researchers discovered that almost 70% of participants saw improved sleep within the first month of the study. In 95.8% of the patients, CBD was well tolerated, and the study didn’t mention bad dreams, nightmares, or enhanced dreaming episodes.

But Why Do Some People Claim CBD Gives Them Nightmares?

Sleep has a number of different and distinct stages. As we reviewed earlier, the Rapid Eye Movement stage is normally where we dream or remember our dreams. And deep sleep is when our bodies recharge their batteries, so you wake up feeling refreshed.

That’s science, while reports of CBD causing nightmares are purely anecdotal. In general, anecdotal evidence (basically non-scientific accounts of personal experiences) holds little to no merit in medical, clinical, and scientific communities. So don’t let anecdotal reports of CBD-induced nightmares and bad dreams scare you away. It’s possible that some people have experienced nightmares or bad dreams after taking CBD. However, there’s no evidence that suggests CBD is directly responsible for causing these nightmares.

As with any new supplement, we recommend that you use low to moderate doses of CBD at first, gradually increasing your dosage as needed. Plus, it’s always a good idea to consult with a doctor before integrating CBD into your daily routine.

In case you’ve taken CBD and experienced bad dreams, you should try to take CBD earlier in the day. This may help you separate negative associations from your dosing routine. Just remember, there’s zero scientific evidence that CBD oil can cause bad dreams or nightmares. Although some users have reported experiencing bad or weird dreams after taking CBD, there’s no way to verify or support the notion that CBD was responsible for these problems. 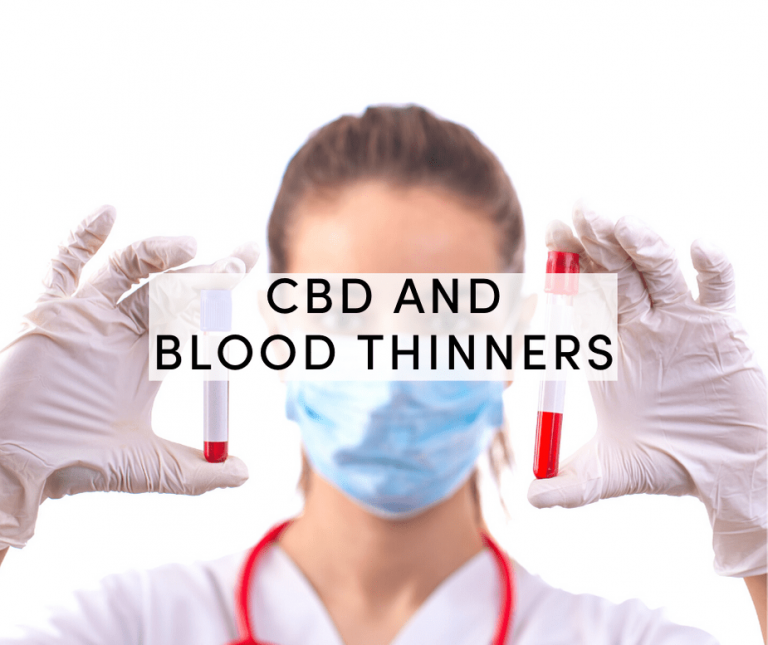