While we’ve all heard about CBD and how its healing properties work wonders, there is more to the hemp and cannabis plant than CBD and THC, the two most abundant and most popular cannabinoids. While these compounds offer tons of therapeutic benefits, they account for a tiny percentage of what the hemp plant provides. Most people don’t know that there are over 400 different compounds in cannabis. Most, if not all, of these compounds, may offer natural health benefits. With that being said, there is one cannabinoid that’s often overlooked – and it shouldn’t be, considering that it is the one that’s responsible for all the others. That cannabinoid is CBG! So what exactly are the potential benefits of CBG?

CBG, short for Cannabigerol, is one of the most common cannabinoids found in hemp and cannabis plants. It is worth noting that this potent cannabinoid, just like CBD, isn’t intoxicating and may offer several therapeutic benefits.

Researchers consider cannabigerol to be the precursor to CBC, THC, and CBD and are often referred to as the plant’s stem cell. According to specialists, CBGA, the inactive, acidic form of cannabigerol changes and breaks down to become the base molecule other cannabinoids found in cannabis form, including CBC, THC, and CBD.

And while the cannabigerol is still being studied and hasn’t yet reached clinical trials, studies suggest that it may help promote new brain cells – even in older patients. Some studies have shown that it may also help reduce inflammation, stimulate bone growth, and relieve pain. But that is not all. It’s also been shown to have potential antibacterial and anti-tumor properties, and it may also help manage skin conditions, glaucoma, and mediate bladder dysfunction.

CBG, just like its counterpart, CBD, is also showing possible benefits for depression, stress, and anxiety. This cannabinoid is slowly gaining a reputation as a potent compound with the potential to help with various conditions. 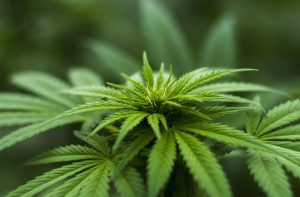 The Relation Between CBG and CBD

As we’ve already seen, CBG plays a vital role in the formation of CBD. While both are cannabinoids, they are two different compounds found within the same plant. At the same time, they serve different purposes and may help with a variety of ailments despite there being potential pharmacological overlaps.

At the moment, CBD and CBG are considered psychotropic – which means they do not alter the user’s state of mind in a way that inhibits their mental clarity and day-to-day function. However, they may work in the brain in a manner that would potentially relieve depression and anxiety.

Another critical thing to note about the two is that CBG, just like CBD, may counteract THC’s effects. According to research, CBG has shown the potential to activate CB1 receptors, which substantially decrease psycho activation.

Therefore, this may mean that if you consume a CBG isolate or hemp with high concentrations of CBG and CBD after eating or smoking THC-rich cannabis, the compounds could help counterbalance the THC’s intoxication or ‘high’. While there’s naturally-occurring CBG in the cannabis you are consuming, the problem is that it isn’t enough to make a difference.

So what are the potential benefits of CBG? Well, CBG is laden with tons of beneficial effects that scientists are just starting to learn. Like most cannabis science, most of the studies are limited and are in the early stages of exploration. Nevertheless, most of the initial results indicate that the compound has the potential to help manage the symptoms of various conditions.

It’s worth keeping in mind that this is not definitive since the compound is yet to go through clinical trials. While studies are showing potential, the assertations are, as of now, unfounded.

Here is a look at some of the potential benefits cannabigerol has to offer:

The hemp/cannabis plant is renowned for its pain-relieving potential. According to one study, 97 percent of people who use cannabis use it for chronic pain. A National Academy of Sciences study reported that cannabis is quite useful when it comes to relieving pain. While pain relief is generally attributed to THC, some studies on CBGA and CBG suggest that both compounds may be helpful when it comes to pain relief and might even be more effective than either CBD or THC.

CBG and CBGA may also be useful as anti-inflammatory agents. According to scientists, there’s a possibility that both compounds can be of benefit to people suffering from inflammatory conditions like IBD (inflammatory bowel disease). A study looking at the effect CBG has on IBD was performed on mice subjects. After being induced with colitis, the mice subjects were then given CBG, which effectively relieved inflammation – this shows that CBG has the potential to ease inflammation in humans.

Cannabigerol is probably best known for its potential to act as a neuroprotectant. This may be because of its anti-inflammatory properties, considering that brain inflammation plays a significant role in neurodegeneration. Studies on how CBG affects mice subjects altered to mimic Huntington’s disease. It was found that the compound not only eased inflammation but also served as an active neuroprotectant against brain degeneration. In different studies, the compound has been found to promote neurogenesis.

According to researchers, cannabigerol has shown the potential to serve as an active antibacterial agent, especially when it comes to bacterial strains such as MRSA resistant to common antibiotics. It’s been found that the compound’s ability to manage a particular class of mycobacteria, fungi, and bacteria known as ‘gram-positive bacteria’ is far more superior than that of CBD, CBD, or THC. Scientists are hopeful that these properties will soon be exploited to create new and more effective antibacterial treatment. 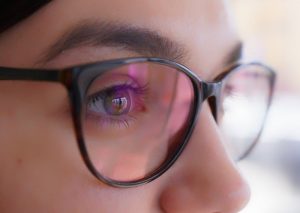 CBG has also shown promise when it comes to fighting cancer. According to scientists, the compound has demonstrated that it can block the receptors that promote cancer-causing cells’ growth. In a study on mice subjects with colorectal cancer, cannabigerol was able to hamper cancerous cells’ growth, effectively decelerating the disease’s progression. While there’s still a lot of research to be done, such studies show CBG’s potential for helping the fight against cancer.

It’s been found that CBG could be beneficial to emotional regulation. Some studies conducted on rats have shown that the compound inhibits GABA and serotonin (neurotransmitters), which could lead to increased GABA and serotonin levels in the brain. This finding seems to suggest that CBG might possess antidepressant qualities. It is worth noting that CBG inhibits the uptake of GABA more effectively than both THC and CBD. Considering that the compound is non-psychoactive, this is promising news as it could serve as a useful cannabinoid alternative to tetrahydrocannabinol when it comes to alleviated depression.

Cannabigerol may also be useful for managing bladder dysfunctions. There are lots of individual stories out there about how cannabis has helped people with bladder problems. One study was conducted to see how four cannabinoids – CBDV, CBD, THCV, and CBG – affect bladder contractions. By the end of the study, the researchers found that cannabigerol was the most effective in inhibiting muscle contractions in the bladder and concluded that it might prove beneficial for treating the different, uncomfortable symptoms related to bladder disorders.

Psoriasis is a condition that affects the skin causing it to redden or thicken. CBG may help by inhibiting this effect, effectively preventing the symptoms. While more studies are still needed, it’s worth noting that CBG has shown the potential to be a useful tool in fighting skin conditions.

While studies on CBG benefits are still inadequate and more research needs to be conducted to get more conclusive results that the compound can help with the issues mentioned here. It again shows the potential to serve as a potential option for managing various symptoms and conditions.

There haven’t been any reports of people suffering adverse side effects after consuming CBG on its own. However, remember that there is still not enough research or information on the compound. As such, before adding any supplement or medication to your regimen, check with your doctor first.

As mentioned earlier, if you are consuming hemp in its entirety (either by smoking it, eating it, or through tinctures), you are still getting a little of cannabigerol in its natural form. Therefore, this means that you’ve been consuming the compound, albeit in tiny concentrations for a long time, it is only recently that researchers have started studying CBG more in-depth.

As people continue to learn more about the compound and the potential of CBG benefits, cannabis cultivators are now starting to develop ways to breed plants with high CBG concentrations for the medical marijuana market. As such, you just might see more CBG products in the market not long from now.